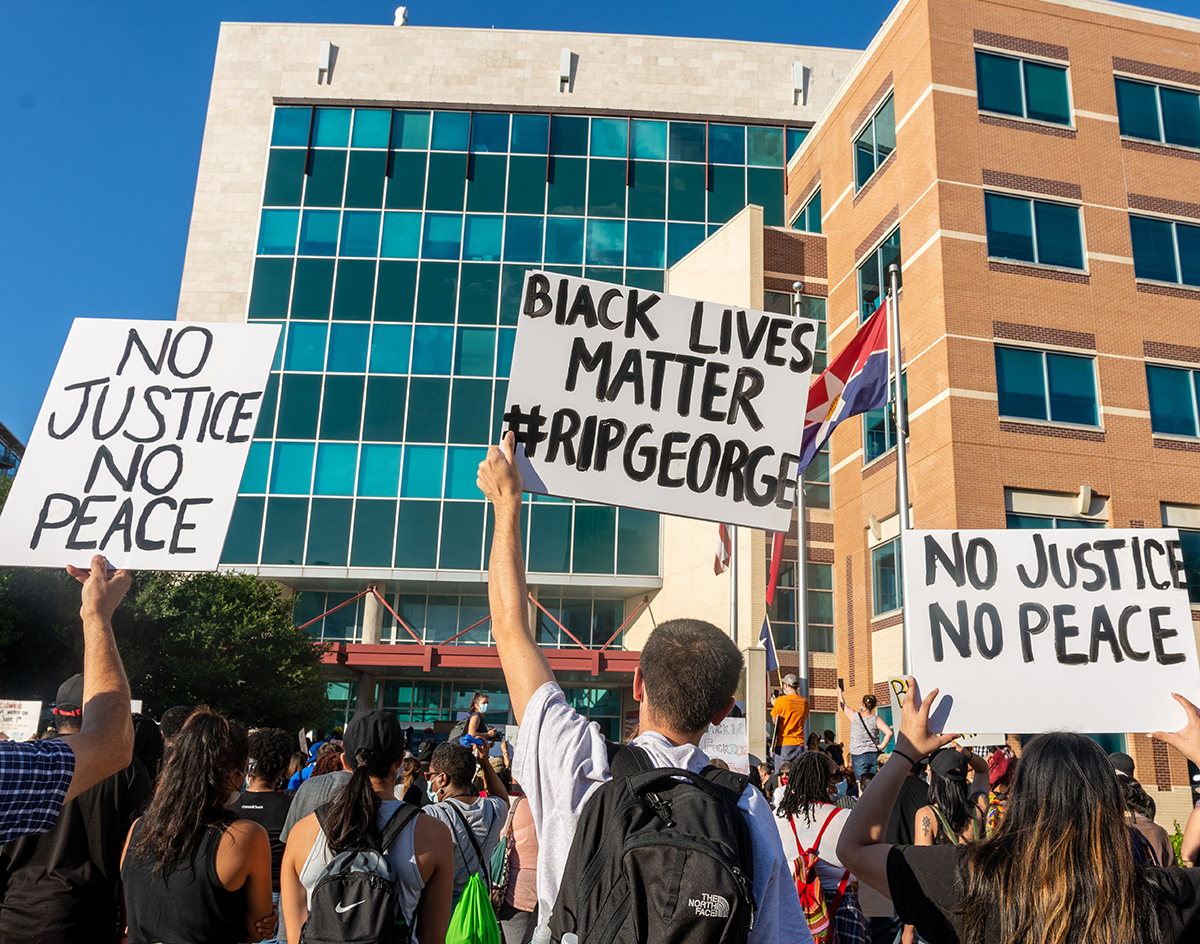 DPD Shares With Media A List It’s Keeping Of Names, Ages, Race, Sex, Charges And Cities Of Residence Regarding Arrests Made At Police Brutality Protests.

In an interview with WFAA on Sunday morning, Dallas mayor Eric Johnson noted that “a large majority” of arrests made by Dallas Police during this weekend’s police brutality demonstrations in Downtown Dallas were not residents of the city.

His statement echoed a similar statement made by St. Paul, Minneapolis, mayor Melvin Carter last week in relation to protests in the Twin Cities, where the police killing of George Floyd sparked off a series of national protests. In his initial statement, Carter noted that “every person” who was arrested in relation to the demonstrations in Minneapolis came “from outside the region.” Days later, Carter walked back that statement, saying he was provided false information during a police briefing on the matter.

On Monday morning in Dallas, police alerted area news media to its own attempts at transparency with its arrests, noting that it had started to compile a spreadsheet featuring the names, ages, race, sex, charges and cities of residence of those it had booked in relation to the arrests made at demonstrations over the course of the three days prior. With its alert, DPD attached a copy of the running list it was compiling, one that checked in at 60 names — although DPD promised more names to come.

We will not be sharing those names and that information here at this time, although there are other city-helmed channels where you can find open records about police activity in real-time.

The list both confirms and doesn’t confirm Johnson’s statement about most arrests not being Dallas residents. Certainly, most of them came from the Dallas area.

While just 16 of the 60 people released on Monday morning were claimed Dallas residents, the bulk of the arrested came from bordering suburbs or other cities within a short drive of the city center: Seven allegedly came from Fort Worth; five apiece reportedly came from Arlington and Garland; two each were said to come from Wylie, McKinney, Lewisville, Grand Prairie and Plano; and individual residents from Sachse, Carrollton, Athens, Selma, Melissa, The Colony, Euless, Denton, Bridgeport, Heartland, Murphy, Northlake, Keller, Irving, Forney, and DeSoto rounded out the list of Texas participants.

Just one came from out of state (South Carolina). Two were reported as homeless.

It is unclear if DPD is using driver’s license information or other means to determine residence.

The breakdown of charges is as follows:

As noted above, police note that this list of arrests is not yet complete and that more information will be sent out once completed.