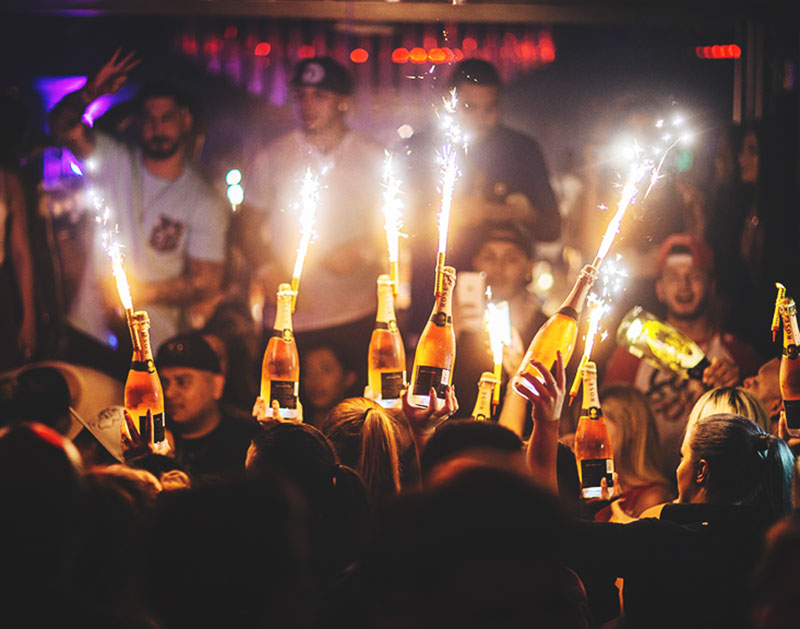 A Month-By-Month Look At How Much Money Was Spent On Booze At Bars, Clubs, Venues, Restaurants And Hotels In Dallas Proper Throughout 2017.

And according to those numbers, the Dallas drinking crowd was thirstiest at the end of the summer and right before the kickoff of the holiday period — which, really, makes all the sense in the world since we had a hellish summer and, well, since the holidays are stressful for pretty much everybody.

Here’s a month-by-month breakdown of how much money was spent on booze in Dallas bars, clubs, venues, hotels and restaurants this year.

More of a visual learner? OK. Here are those same figures as compared to the last two years’ numbers. 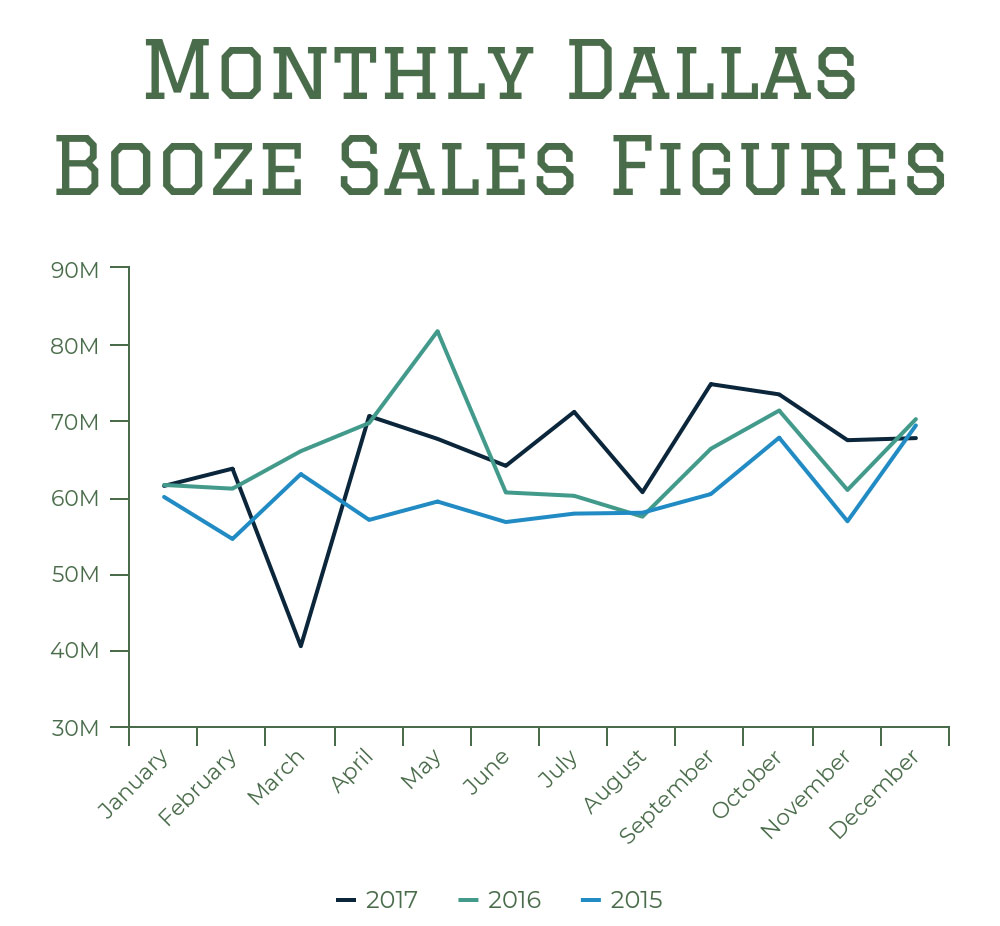 Now let’s break these numbers down a bit, yeah?

Here’s how that breaks down visually. 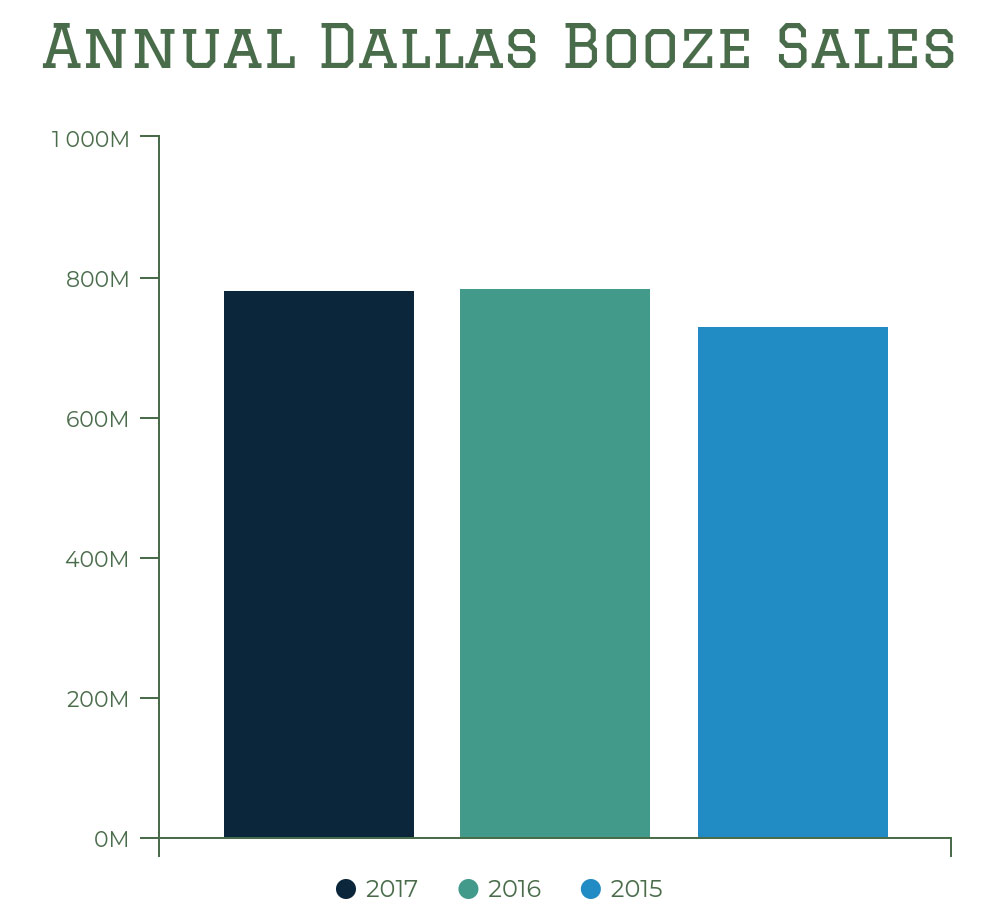 As you can see, the $4 million difference in sales between this year and last is fairly negligible — a drop of just .5 percent. But, following last year’s almost eight percent jump of more than $56 million, it is a little surprising. We’re not yet sure what to attribute this to — more bars of note opening up in the suburbs, maybe? — but we’re definitely going to spend some time pondering it, and we’re open to hearing your thoughts on the change (or lack thereof), too.

Over a beer, no doubt. And in a bar probably. Because, hey, we’re nothing if not a reflection of the things we report on.