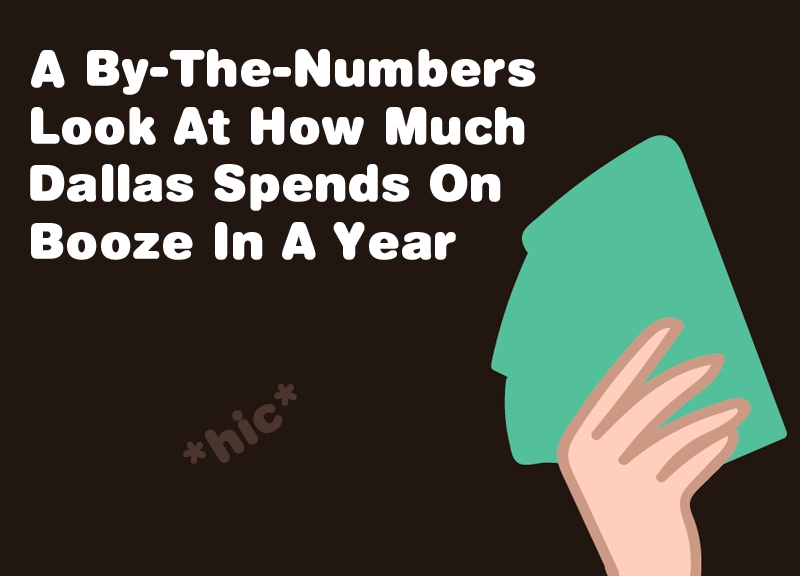 A By-The-Numbers Look At How Much Dallas Spends On Booze In A Year.

In our recurring Bar Raised feature, we take a look at how much money people spend on alcohol at Dallas bars and restaurants each month, using information available via the Texas Comptroller’s website.

It’s something we’ve done for a little bit now, so we figured, with 2015 completely in the books, we’d take a year-long look back at Dallas’ booze consumption. And when we did, we found all kinds of interesting stuff.

For instance: Did you know that $730,703,688.11 was spent in Dallas bars, music venues, hotels, restaurants and event spaces in 2015? And we’re talking only Dallas proper here too, not any of the surrounding cities or suburbs.

Let’s think about that for a second.

As much as we complained about the exorbitant cost of erecting the Margaret Hunt Hill Bridge, we could have bought four of those suckers with just our beer money.

Or, hey, remember that time Alyssa Milano told us we could feed hungry children around the world for just 50 cents a day? Well, we could have fed 4,003,855 starving kids for an entire year with just our drinking money.

Not that any of this is that surprising. A widely-shared study from the Bureau of Labor Statistics last year said that Dallasites spend a higher percentage of their annual income on alcohol than do the citizens of any other city. That study showed that Dallasites spend $744 — or 1 percent of their annual income — at liquor stores. If our math checks out, though, people in Dallas actually spend even more than that. Dividing our original total by the Census Bureau’s estimated 888,568 people in Dallas who are 21 years or older yields an annual total of $822 spent at bars, restaurants, etc. (For comparison’s sake, the only other American city with a per-person average of over $700 per year — and barely at that — is San Francisco.)

There’s a lot of info to digest here, to be sure.

To make things a bit easier to consume, our Jessi Pereira has made a few illustrations further breaking down some of these findings. 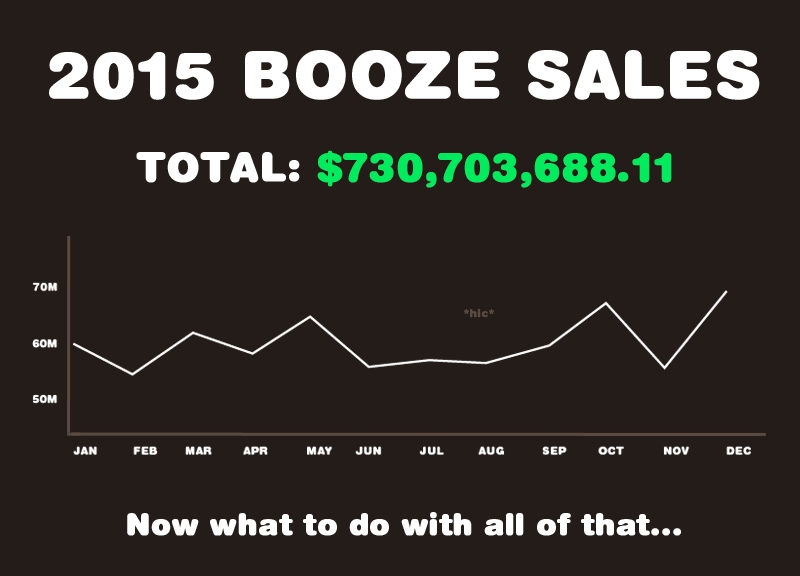 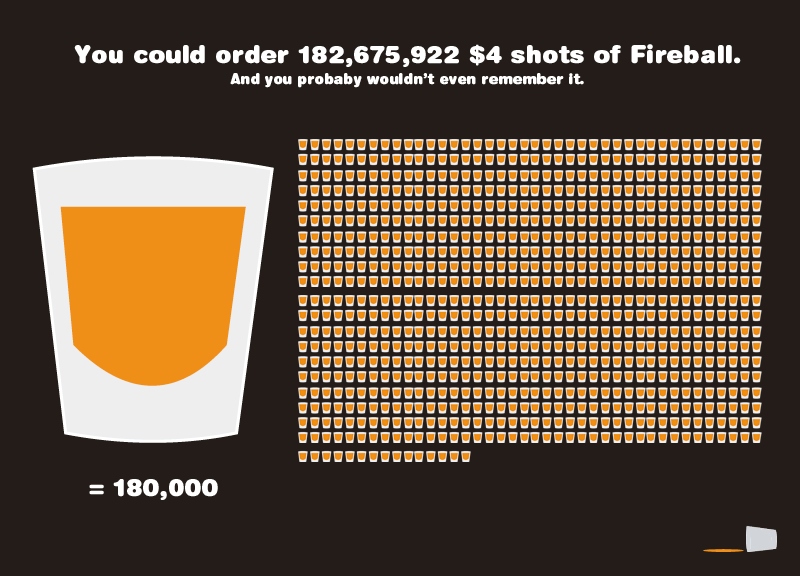 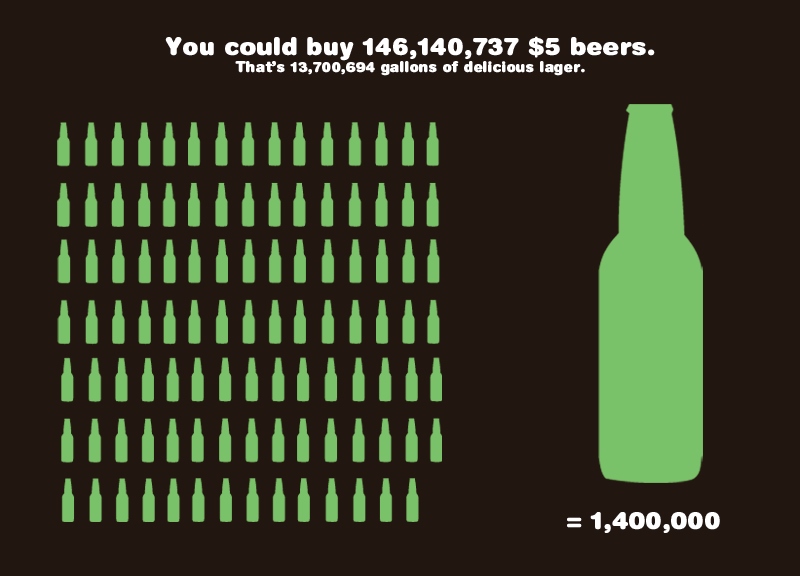 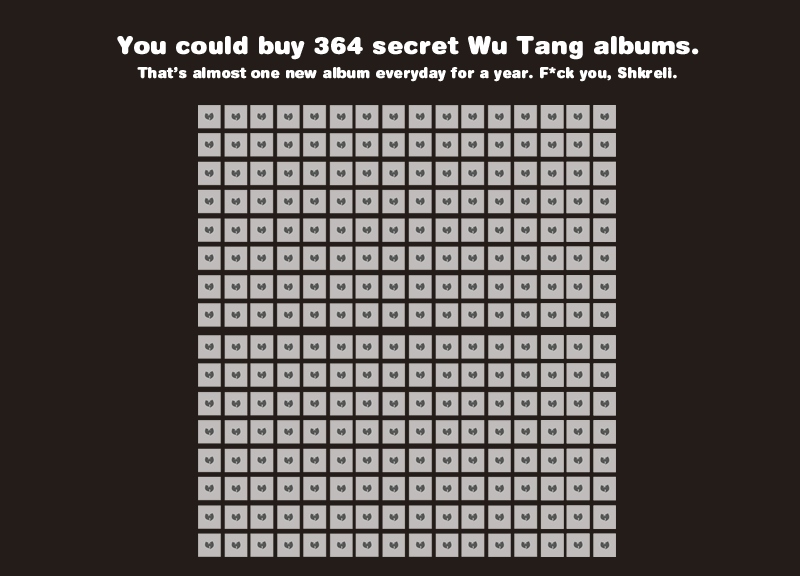 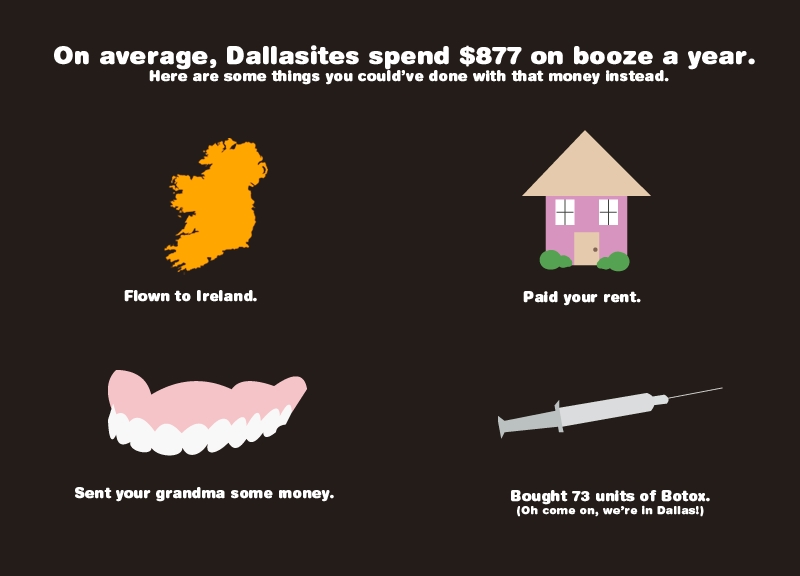 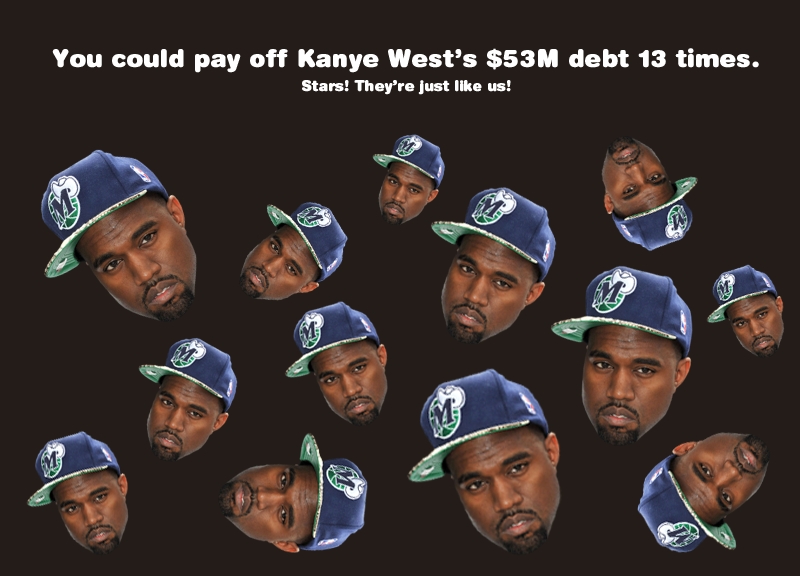 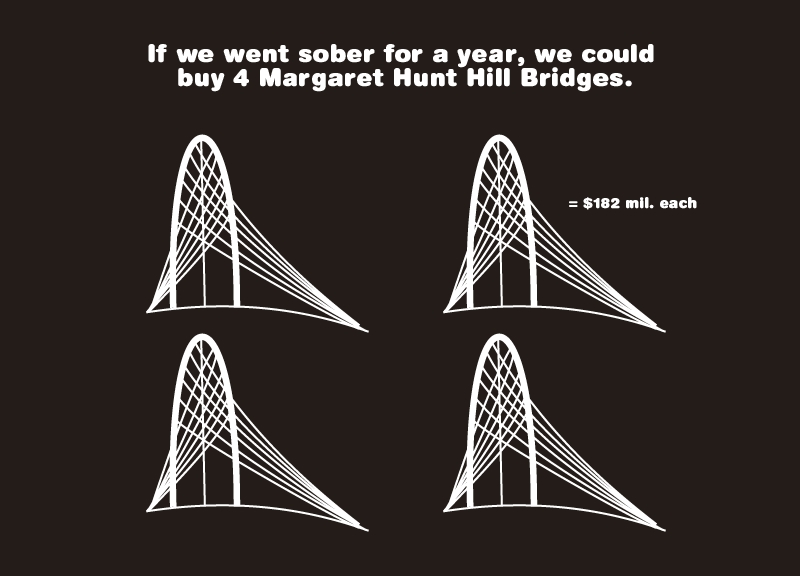 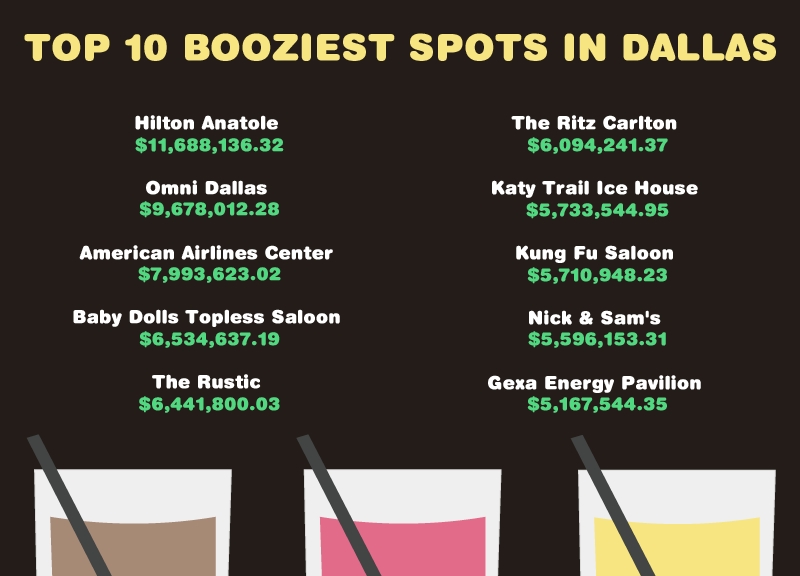 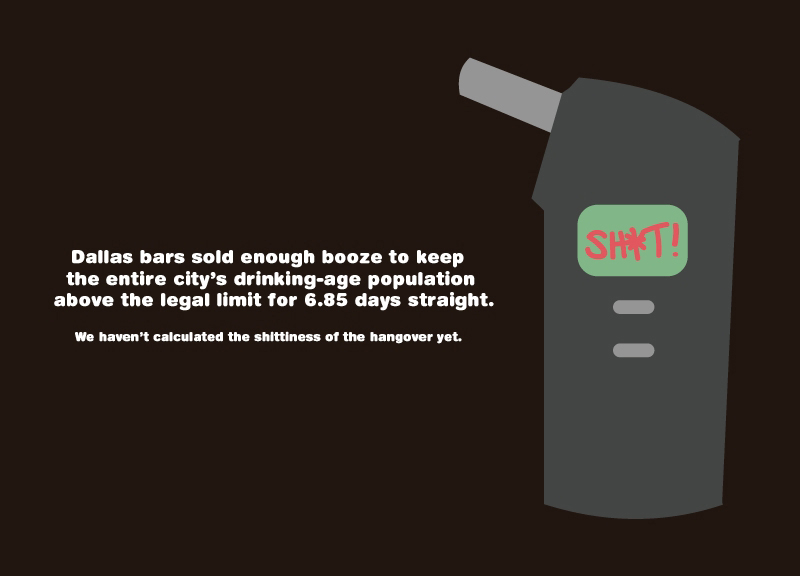