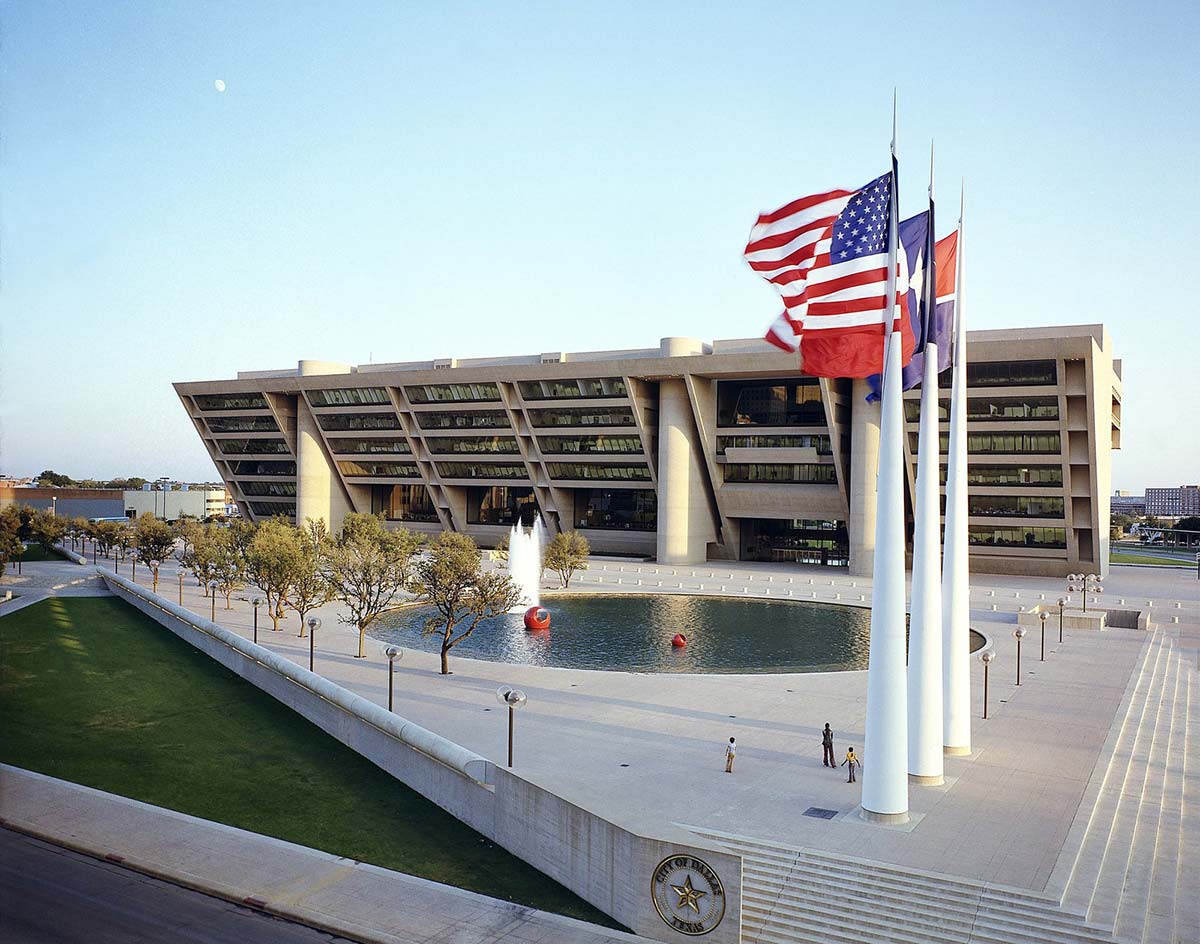 Incumbent Candidates Are Once Again Running For 11 Of Dallas’ 14 City Council Seats. But In These Three Contentious District Races, It’s All New Faces.

It’s easy to understand why: These candidates have the name recognition, the bully pulpit and, more often than not, the money that comes with a spot at the horseshoe at 1500 Marilla Street.

That’s not to say it’s impossible, though. Just ask District 7′ Adam Bazaldua or District 14’s David Blewett, who both unseated incumbents for council seats during the 2019 municipal elections.

Still those exceptions aside, the majority of council turnover tends to come as the result of members either choosing not to run again or reaching the end of their four two-year term limit — and that’s the case in three of this election’s council races.

In all, 14 candidates are vying for these three districts seats, guaranteeing voters the opportunity to inject some fresh blood into city governance when Election Day rolls around on May 1. Below, let’s take a deeper look at each of these three races.

(Remember: Early voting starts April 19, the day this story has been published; see italicized introduction atop this story for more information about that.)

In 2013, now-outgoing (and term-limited) council member Adam Medrano took over the seat from his aunt, Pauline. With Medrano’s departure, the district is losing a liberal voice on the council, and a true MFFL — as evidenced by the fact that Medrano spearheaded the effort to rename part of Olive Street to Nowitzki Way. That’s a big W.

However, Medrano took an L with his outsized role in banning motorized scooters citywide.

There are countless issues facing this massive district. Some of the more pressing ones are violence against the LGBTQ community, the restoration of the baseball field at Reverchon Park, the eastern construction of DART’s D2 rail line, the fate of I-345 and the continued growth of Deep Ellum.

While five candidates are running to replace Medrano, the race could be one man’s to lose.

Jesse Moreno, the district’s tamale king (his family runs La Popular Tamale House), was Medrano’s park board representative for seven years before he stepped down from that post last year in order to seek this council seat. He’s well-known in the community and well-heeled political circles alike, which makes him the apparent frontrunner, for better or worse.

Thing is, Moreno’s competition isn’t backing down. Any one of Raha Assadi, Jennifer Cortez, Michael Fetzer or Dr. Sana Syed could give him a run for his money.

Of those four, Syed has the most name recognition, having spent time as a reporter with both FOX 4 and CBS 11. After spending time in front of a lot of eyes in those roles, she later served as the public information director for the City of Dallas for a couple of years.

Yet, it’s Assadi, with her focus on housing and social justice, who may be the dark horse. In terms of money raised, she’s nipping at Moreno’s heels with donations coming in from all over the country — including some from as far away as New York City and Anchorage, Alaska.

Voters sent Council Member Lee Kleinman to the horseshoe four consecutive times to represent this North Dallas district that encompasses most of Dallas’ stovepipe that runs from Walnut Hill to Arapaho and fills out other areas a little farther north.

As he leaves office — his lavender farm in Colorado is calling! — Kleinman leaves a legacy as a fiscal conservative that, in later years, fought Dallas’ powerful police unions while advocating for affordable housing and urbanism efforts.

As is often the case with North Dallas, property taxes, public safety and homelessness (which is to say “out of sight, out of mind” solutions, namely) are frequent topics at the forefront of candidate debates. There’s also the ongoing development of Dallas Midtown on the site of what was once Valley View Mall.

Four people are running to replace Kleinman — including one that challenged him for the seat four years ago. Candy Evans, proprietor of the eponymous real estate website CandysDirt, is eyeing the seat again. In 2017, she had the backing of the police and firefighters’ unions, but still lost by more than 26 percentage points.

While she may not have Evans’ name-recognition, one newcomer in this race is making big waves. As of the end of March, the 23-year-old progressive Hosanna Yemiru had more than $60,000 on hand in campaign contributions — an almost unprecedented amount for a young, first-time candidate. She’s got some skin in the game, though: Yemiru cut her political teeth block-walking for Barack Obama and working on former council member Scott Grigg’s mayoral campaign in 2019.

Rounding out the race are Jaynie Schultz and Barry Wernick.

Schultz has served as Kleinman’s appointee to the city plan commission since 2014 and has a war chest comparable to Yemiru’s. Meanwhile, Wernick — an accomplished attorney, mediator, arbitrator and, interestingly, television and movie producer — has the endorsement of the Dallas Police Association.

Former members of the Dallas Cowboys — and their families — are basically royalty around these parts. And that’s certainly the case with four-term council member Jennifer Staubach Gates, the daughter of legendary Cowboys quarterback Roger Staubach.

In her eight years at the dais, Gates proved herself an outspoken opponent of domestic violence and an advocate for victims. She also represented the most moneyed district in the city. Preston Hollow, with all of its millionaires and billionaires, is the postcard picture of District 11, which also stretches from Lorryland in the northwest, close to Love Field and Bachman Lake in the south, and into parts of Northeast Dallas on it’s eastern border, including the ethnically diverse Vickery Meadow. As such, issues here range from property taxes to immigration.

Gunning to be Gates’ replacement are five candidates: Da’On Boulanger-Chatman, Leland Burk, Ryan Moore, Mac Smith, and Gay Donnell Willis. Like most of the names in the other non-incumbent, these aren’t exactly household names, per se. But some have been very active behind the scenes for years.

Burk, for example, has served on various boards and commissions for years — he is currently a member of the Dallas Museum of Art Board of Trustees — and ran against Gates in 2013. He touts a long family history in Dallas that includes his grandfather being a member of the Dallas Citizens Council. You know, the Dallas Citizens Council, right? The shadowy group co-founded by the Ku Klux Klan member and former Dallas mayor R. L. Thornton, whose statue still stands in Fair Park? Anyway, Burk’s used his many ties to prominent Dallas institutions to amass more than $173,000 in campaign donations as of April 2 — just a bonkers amount.

Like Burk, Willis is also well-known in certain circles. She’s served on the Community Development Commission, Vickery Meadow TIF board and two bond committees. What she’s most known for is being the president and CEO of the Turtle Creek Conservancy, nee the Lee Park and Arlington Hall Conservancy, where the equestrian statue of General Robert E. Lee once stood.

As for the rest? Boulanger-Chatman is a high school teacher running on a platform of affordable housing, community safety and criminal justice reform. Moore, a lawyer and SMU graduate, has a broad list of issues he wants to tackle. Smith, meanwhile, is an engineer with more than 20 years of experience building projects for DART, and he considers himself a fiscal conservative that wants to see a spending freeze to reduce the tax rate.

• WHY THIS ELECTION MATTERS.
• MEET THE DISTRICTS!
• MEET THE SPICIEST CANDIDATES!
• ALL 56 CANDIDATES’ SIGNATURES, RANKED.
• THE 2021 CITY COUNCIL CANDIDATE SURVEY.