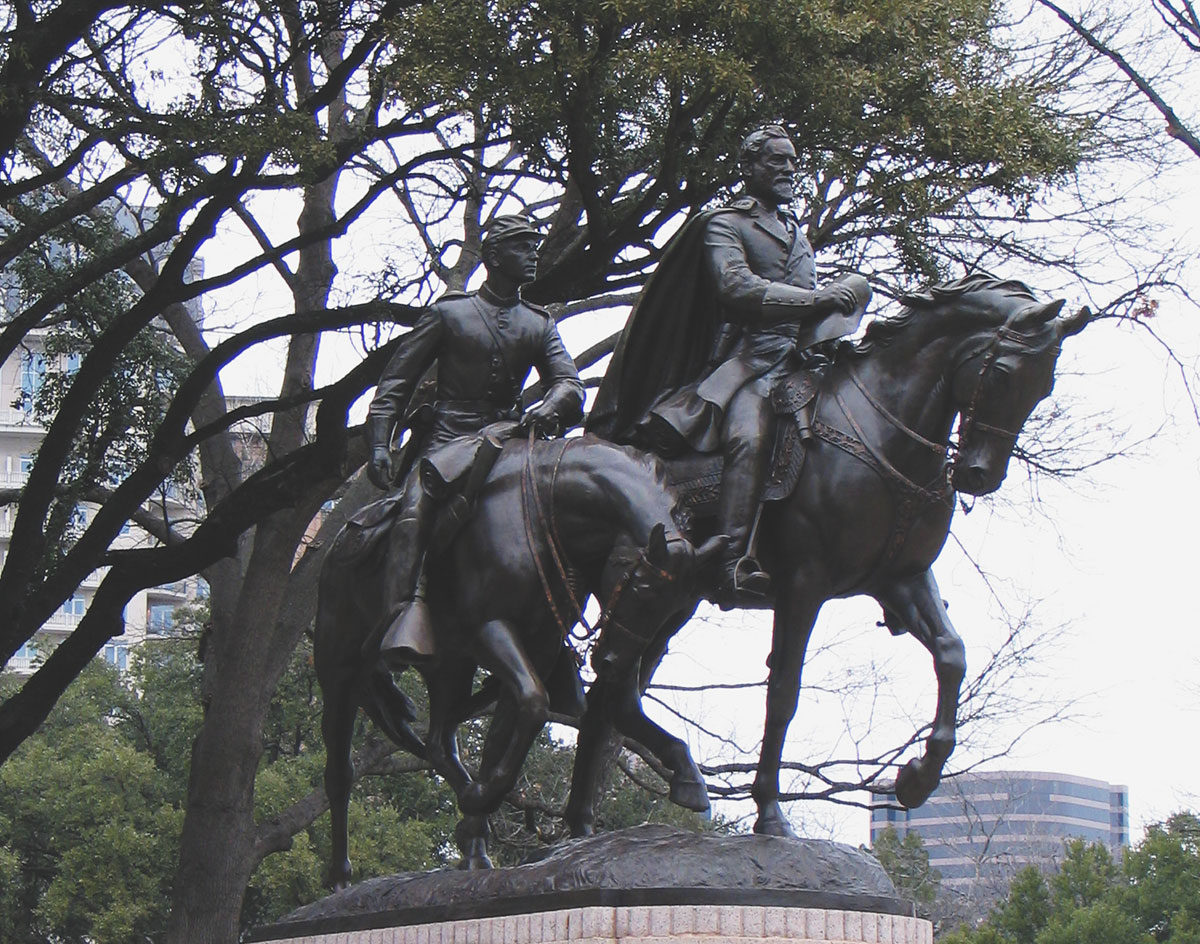 An Anonymous (For Now, Anyway) Bidder Spent About $400,000 More Than The Statue’s Estimated Value To Take It Off The City’s Hands.

As promised, the public online auction for buyers interested in purchasing the Robert E. Lee statue that the City of Dallas removed from Turtle Creek Park (nee Lee Park) in September 2017 wrapped today.

The winning offer came from a (for now) anonymous buyer identified by the LSO Auctions website only as “LawDude”, who has promised a cool $1,435,000 in exchange for the privilege of owning the Alexander Phimister Proctor-created bronze sculpture.

According to the Dallas Observer, the statue’s worth was valued “as high as $1 million,” meaning LawDude dropped more than $400,000 above what could objectively considered reasonable for a statue that, per the rules set forth by the city, cannot be publicly displayed within city limits.

The piece went to auction on Thursday, May 23, with bids starting at $450,000 — a figure settled upon as a means to recoup the funds the the city spent on removing of the statue, which has been stored at Hensley Field for the last 20 or so months.

According to LSO’s log of the 84 bids that were placed on the statue, that initial $450,00 requirement was met by a bidder only identified as “MustangJerry” on Sunday, May 26. Through the end of May, MustangJerry jousted back and forth with a user identified as “rewaz58” for the piece, with their bidding war upping the cost to just north of $550,000. On June 3, LawDude entered the fray with a $555,000 bid that MustangJerry quickly topped. Hell then broke loose this morning following a 10:57 a.m. offer from a new user identified as “FTX09”, who upped MustangJerry’s latest offer by $50,000. A three-person bidder war then ensued, with FTX09, LawDude and MustangJerry outbidding one another by the minute. FTX09 eventually bowed out after dropping a $775,000 offer, but LawDude and MustangJerry kept going, with the former’s final $1,435,000 bid topping
the latter’s last $1,432,500 offer. A

fter 75 bids in the span of the auction’s final 48 minutes, the back-and-forth was finally capped at 11:45 a.m., with LawDude declared the winner.

No word yet on when, or even if, the city might reveal LawDude’s actual identity.

There’s reason to believe city might be willing to keep mum on the matter, though: The final bid was a full $482,500 above the $950,000 that the city had “hoped” the statue might fetch in order to cover not just the costs of removing the statue in 2017, but also the future costs of removing the still-standing base of the Lee statue in Turtle Creek Park as well as the Confederate War Memorial near City Hall at Pioneer Park Cemetery, whose fate is currently mired in court. The Dallas Morning News estimates that, after all that money is spent, the city stands to come out some $285,000 in the black following this deal.

It’s worth noting that our own efforts to acquire — and then melt — the statue came up significantly short of the winning bid, with our GoFundMe campaign raising $915 through a combined 26 donations.

Our efforts were severely halted by Confederacy fans flagging our efforts as a potential scam starting on Monday, May 27. After editing our efforts’ description a few times to calm GoFundMe’s ongoing concerns that we were trying to just rip people off with some sort of politically fueled cash grab, we stopped bothering — mostly because, news coverage of our efforts aside, we never expected our fundraiser to prove successful.

We are currently in the process of refunding all donations made to our campaign. Barring any unforeseen hurdles with GoFundMe, we anticipate that every contributor to our cause will receive their money back within five to seven business days. That said, the racist comments shared by Confederate sympathizers to our GoFundMe page will, at least for the time being, live on. Feel free to scroll through them yourself if you haven’t felt your skin crawl in some time.

We suppose it’s possible that LawDude was a fan of our idea and may end up choosing to melt the statue as we suggested. But you’ll pardon us if we choose not to hold our breath.