The Issue With How Dallas Discusses Affordable Housing. 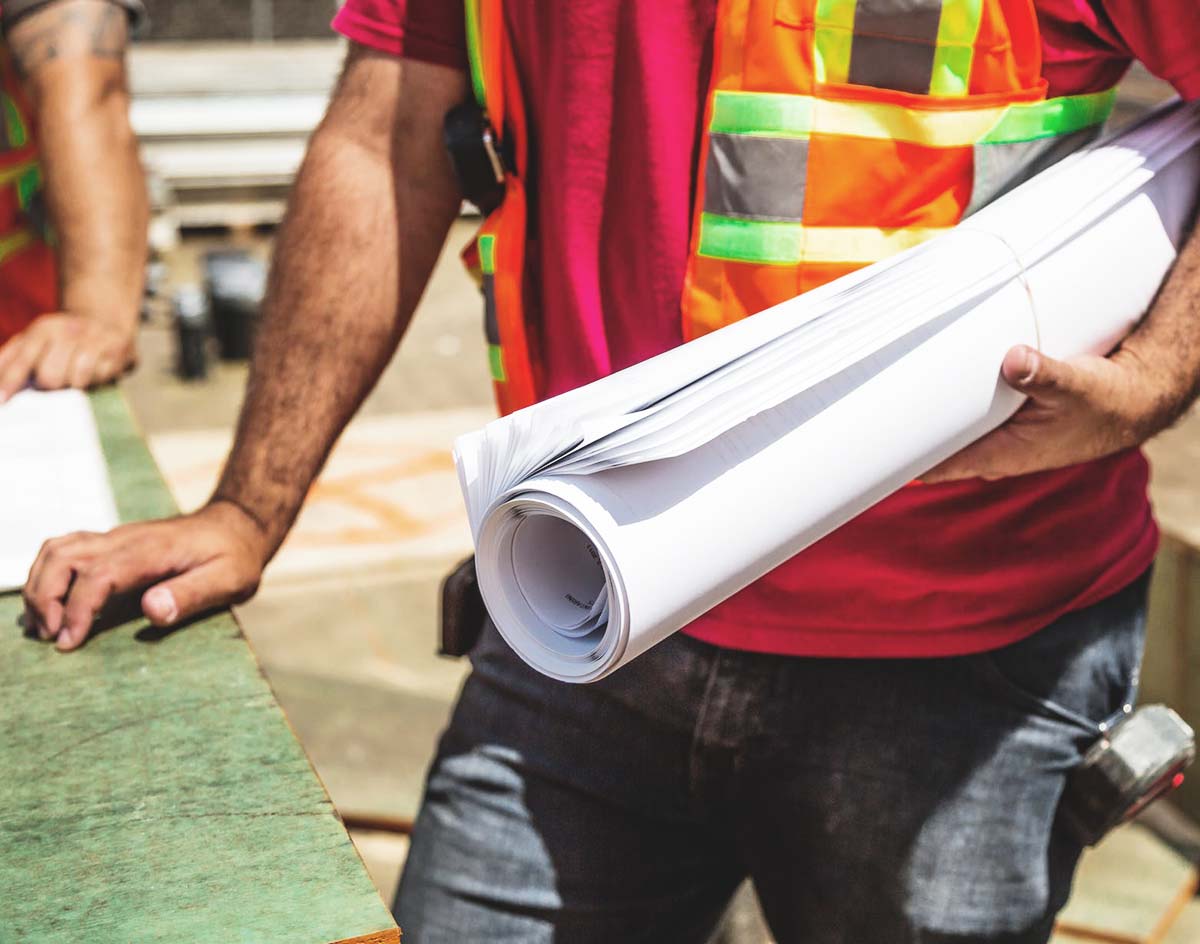 A Proposed, Partially Affordable Housing Facility In Lake Highlands Was Exactly What Dallas Needs. So Why Was The Neighborhood So Outspokenly Against It?

The City of Dallas is facing a housing crisis.

It’s not just that there are too few places for people to live. It’s that rents and home prices continue to outpace the incomes of many in city limits, too.

In order to address the needs of its residents, Dallas City Council has been playing catchup of late, seeking to approve the creation of not only more housing, but affordable options too.

During its final full meeting in February, the council addressed several agenda items meant to alleviate the city’s housing burden. On the docket were a number of projects qualifying for Low-Income Housing Tax Credit (LIHTC).

One project in District 10 drew particularly pointed ire from some Lake Highlands residents who live nearby the proposed site. Their positions and comments, parroted by council member Adam McGough who represents the district, show just how difficult it can be to build affordable housing in a city where structural and implicit biases fuel unfettered antagonism. Unfortunately, these same even voices swayed a Democratic state representative with the authority to kill the project in Austin.

The Lake Highlands neighborhood isn’t what anyone would consider a progressive bastion in Dallas. When it comes to affordable housing, the district has proven throughout the years to be downright hostile. As such, when a proposal for more units in the area reached city council, not a single resident from the area stepped forward to speak in favor of it. Rather, the comments the proposal elicited were uniformly true to form.

One resident spoke on how affordable housing allows just anyone to move into an area, and how the project would only benefit the developer, who does not live in the district. Another speaker, Northwood Heights neighborhood association president Woot Lervisit, pointed out that his neighborhood was already racially and ethnically diverse. Others who offered public comment equated low-income housing opportunities to spikes in crime — a recurring theme.

Things got worse from there.

Time and again, speakers falsely conflated the availability of affordable housing units in the area with nearby houseless encampments — specifically the one found at the intersection of Forest and Central, also in the district. These same complaints went unchecked to Council member McGough and State Representative John Turner.

Rather than repudiate his constituents, McGough, echoed their sentiments in speaking with the Advocate.

“The neighbors in that area are justifiably upset with the way the city has allowed 75 and Forest to decline with tents and panhandling,” McGough said. “While that’s not connected to this project, there’s an issue of trust… The city has just failed us. We’ve got people getting naked in the street. There is no enforcement — we’re basically just their trash service.”

Council Member McGough did not return a request for comment for this story.

The project in question was a mixed-income multifamily housing facility from Austin-based developer Bonner Carrington and Sycamore Strategies, LLC. Located at the intersection of Forest Lane and North Central Expressway, and called the Cypress Creek at Forest Lane Apartments, the project proposed the construction of 200 units in total, with 50 of those units available to households earning up to 30 percent of area median income (AMI), 57 of them available to renters at 61 to 80 percent AMI, and the rest — a full 93 units, or 46.5 percent of the total — available at market rate. Furthermore, the project scored some of the highest marks of any LIHTC project graded by city staff.

This project represents in many ways exactly the kind of housing that Dallas needs. According to a commonly cited estimate, Dallas is currently 20,000 units short of its needs, spread across all forms of housing. While that’s a round, easily digestible figure, it doesn’t tell the whole story. A recent study revealed a far more dire situation: By 2045, some 270,000 households in Dallas will experience hardships such as overcrowding and increasing affordability difficulties.

Across the highway from the proposed location for Cypress Creek lies District 11, represented by Dallas City Council member Lee Kleinman. Kleinman understands the importance of creating new LIHTC housing throughout the city. He’s also aware that it’s a confusing issue, thanks in part to its name. But he says, too, that the biggest impediment to the creation of more affordable housing in the city is restrictive zoning laws, which he says homeowners have in a virtual “chokehold.”

“We’re trying to disperse affordability throughout the city for a number of reasons,” Kleinman tells me. “One is we’re trying to prevent a concentration of poverty or to continue to concentrate poverty that we have in southern Dallas. Of course, when I talk about affordable housing, I’m not talking about impoverished people. I’m talking about working people.

“Secondarily, in addition to those concentrations, we’re trying to reduce things like the amount of traffic in our city. If someone that is working has to travel 10 to 15 miles to get to their job in places like North Dallas, where the job centers are, that just creates more traffic.”

Currently, there are only two LIHTC developments in Lake Highlands — but the district does have its share of apartments. Cypress Creek wouldn’t have been adjacent to any single-family neighborhoods. Even so, residents still attacked it. According to Kleinman, their animus is the result of ongoing issues in the area that have catalyzed into a perfect storm of anger.

“That was kind of a weird deal where those neighborhoods, and my neighborhoods adjacent on the other side of the property, have been largely ignored with a whole separate issue not related to affordable housing like this, which is this homeless issue that’s been going on and panhandling” Kleinman says. “In my view, it was just a neighborhood backlash to that, and even though they’re true, they’re not related.”

While that might have been the case, it’s hard to separate this latest incident from Lake Highlands’ recent history. In 2019, when the city proposed the construction of affordable supportive housing for houseless persons on Greenville Avenue between Forest Lane and the LBJ Freeway, area residents rose up to hurl caustic remarks at city staff and fight the proposal. Eventually, their fury caused the city to scrap the project. In its place, Bonton Farms agreed to move in to provide jobs for those emerging from incarceration and homelessness, as well as fresh food for the area — but there would be no housing component. Bonton Farms has since dropped out of the project.

This previous instance, pieced together with the uproar over Cypress Creek, reveals a disturbing pattern within the neighborhood. Council Member Adam Bazaldua, who represents District 7 and its 23 LIHTC developments (nearly one per square mile), made note of that fact. The comments he heard at council struck a nerve with him.

“It was very offensive,” Bazaldua tells me. “I found it to be a lot of what is wrong systemically with our society and our acceptance of diversity. Diversity doesn’t always have to be identified as race-based diversity, but also through socioeconomics. What we have seen is a most-segregated city in Dallas, and it did not happen by accident. It’s the societal stigma that is associated with some of the things that I heard from comments, essentially correlating lower income residents of our city to violent crime — those types of correlations without causation.”

At the Dallas City Council discussion on the matter, McGough — supported by Kleinman on the grounds of lack of community input — motioned to deny the project. His motion failed.

Having failed, Cypress Creek cleared its hurdle at Dallas City Hall and moved on to Austin, where it would seek the tax funding at the state level.

Or, at least, it should have.

Thanks to a controversial Texas law, Representative Turner, who represents District 114, effectively had the final say as to whether Cypress Creek could move forward in its quest for state funding. Last Friday, Turner issued a letter opposing the project saying, in part, that his opposition was based on the views of his constituents whose views “made it clear that their objections were rooted in concerns about the specifics of the Cypress Creek proposal, and not in a general opposition to affordable housing.” Turner’s decision effectively killed the project. Now, the intersection of Forest and 75 is left with a vacant, undeveloped lot.

Representative Turner’s office did not return a request for comment on this story.

The blatantly prejudiced comments of Lake Highlands residents scuttled a project meant to bring much-needed affordable housing to Dallas. Unfortunately, their voices weighed heavy in the ears of the one man who mattered most in terms of this project’s development. When it comes to decisions that impact an entire city, politicians must weigh the benefits of listening to those voices and doing what is right — but Turner ignored the betterment of the city and catered to vocal reactionaries.

“We have a long history in our city of where LIHTC deals have predominantly been pushed south of 30 — and our city has been sued about it,” Bazaldua says. “We have got to be more aggressive and more proactive to address that affordable housing means an opportunity for the working-class people of our city. It shouldn’t mean an opportunity for an already marginalized population only in a specific part of our city. It should be inclusive to all of the boundaries of our city. And that’s just not the case.”