Strip Clubs, City Hall And The Politics of Care. 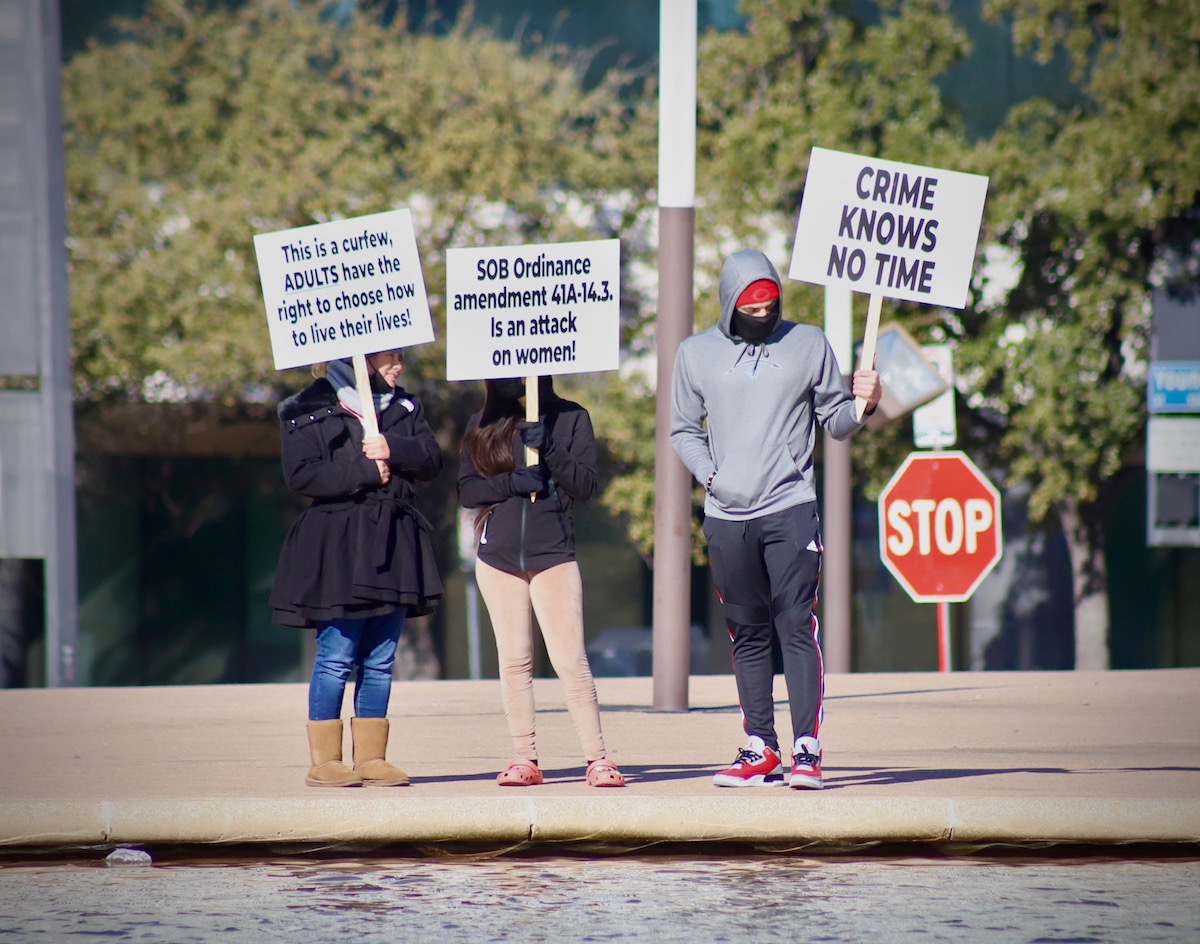 In Light Of Dallas’ New SOB Ordinance, Imagine What Could Be Possible If We Transformed The Way We Respond To Violence In Our City.

I can’t stop thinking about the ordinance that passed in the City Council a few days ago.

The ordinance, passed unanimously on January 26th, limits the hours that “sex oriented businesses” (think: strip clubs) can operate in Dallas. The issue came up in the Quality of Life Committee, where one member consequently proposed a six month task force to study the problem. A couple of days later, it ended up on the public safety committee agenda instead. Predictably enough, it flew out of there and landed on the Council agenda.

Discussion on the issue lasted about an hour. Some council members talked about how they wished it wasn’t happening this way — with such little data and uncharacteristic rush. But they voted to pass it anyway.

Some decried the process and cruelty. But they voted to pass it anyway.

Some said they want to help the workers they are putting out of work with some rental assistance and perhaps a dash of “upskilling”. Others said this ordinance might not curb crime all that much after all. But they voted to pass it anyway.

One college board trustee wrote a letter to be read by her council member assuring them that there are always opportunities for those who lose their jobs to this ordinance if they seek it. Never mind that the vast majority of the sex workers testifying that day were already students. She urged them to vote for the ordinance anyway.

The Dallas Morning News Editorial Board ran story after story urging Council to take this action. The Dallas Police Department, citing crime and capacity, mounted their own support and campaign for the ordinance — reminding us that it’s DPD’s city, we’re just living in it.

Meanwhile, the people who are most affected by this ordinance, particularly sex workers — most of whom are women, people of color, and already largely marginalized — were not consulted in the steps being taken to curb the omnipresent crime that they are apparently creating and/or surrounded by. Paternalistic comments abounded from the dias: we are doing this for you, to help you, to create better workplaces for you. Never mind that those testifying mentioned that they felt safest doing this work within the clubs the Council was shutting down.

Many of these workers showed up to fight back against the ordinance.

Like Anayi, who starts work late at night because she’s in school during the day and taking care of her family in the evening. She would lose her living with this ordinance.

Like Leslie, who goes to school during the day and relies on her club work to support her family.

Like Kathleen, who saved enough money from her work to open a dog boutique and support her disabled mother. She recalls how unsafe the work becomes when clubs are shut down, like they were during the early days of COVID.

There were many stories like this. It didn’t matter. So, for just a minute, let’s try to imagine what could happen if these stories did matter.

Maybe we would have taken the six-month task force and populated it with the affected workers, neighborhood stakeholders, owners and experts. Maybe we would have allowed the people most affected to create the solutions to the problems they must live with.

Maybe, we would think about the correlation between violence and poverty; between poverty and instability. Maybe we would invest into creating that stability — long term affordability, rent stabilization, neighborhood-led and owned public safety measures, child care and senior care.

Maybe, this task force would become a standing community board to continue finding solutions to violence around these spaces. Maybe, we could add the college board members offering their services to these boards, so they could help people before they lose their jobs.

Maybe, we would address some of the violence inside clubs, including trafficking, by ensuring sex work is decriminalized and workers protected from rampant wage theft. Maybe, we would push for and support worker ownership of these clubs.

Maybe, we would offer these owners training to identify warning signs and combat trafficking. Maybe, we would connect those already doing this work to the community boards so they can provide services, prevention and education.

Maybe, while studying these issues, we would learn that sex workers are very often victims of violence that cannot be addressed by policing, or in fact, often happens at the hands of police. Maybe, we would find ways to combat violence against sex workers rather than hiding them.

And maybe, through all of this, we could value the input, lives, and needs of black, brown, queer and poor Dallasites as much as we value the opinion and needs of DPD et al. Maybe, we would create decision making processes that come from the bottom up rather than dictated to us from the other way around.

I don’t know what these solutions would be. I’m not an expert, and I don’t have all the answers. But workers and those directly affected usually do. Local government is supposed to be the closest to the community. Why isn’t this community worth consulting? Council members said again and again that they respected the work these women were doing — why didn’t their actions reflect that? Why didn’t the job, opinions and expertise of the women matter to them?

It’s not lost on me that some may be perfectly happy with how this vote went down. If so, I’d challenge you to think about why. Can we only be safer when we act out of fear, or are we capable of finding solutions rooted in the politics of care? Are we married to slapping bandaids on bullet wounds, or can we find long-term, sustainable, community driven answers to our pressing issues? I’d like to hope we can.

I hope we can get to it soon.