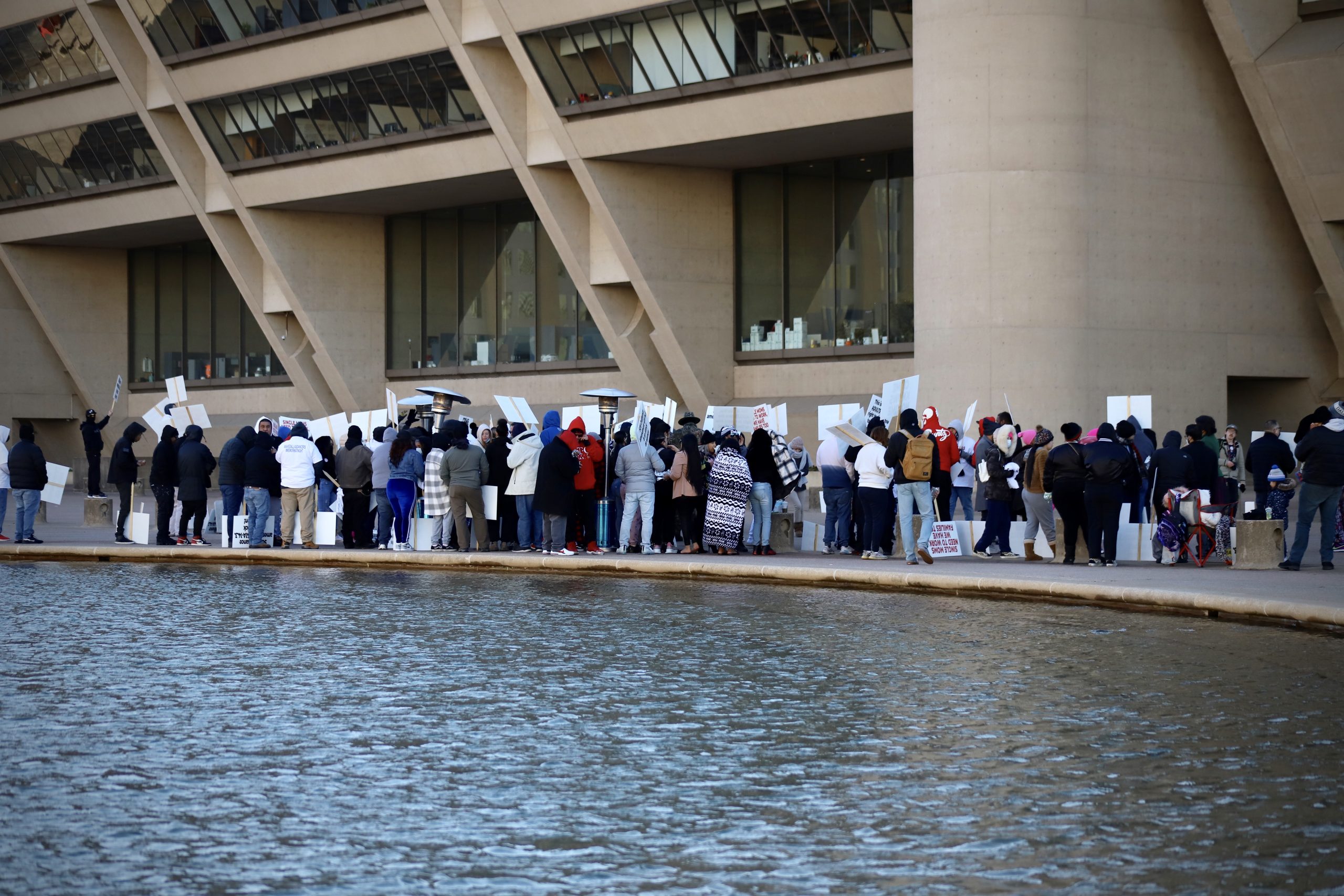 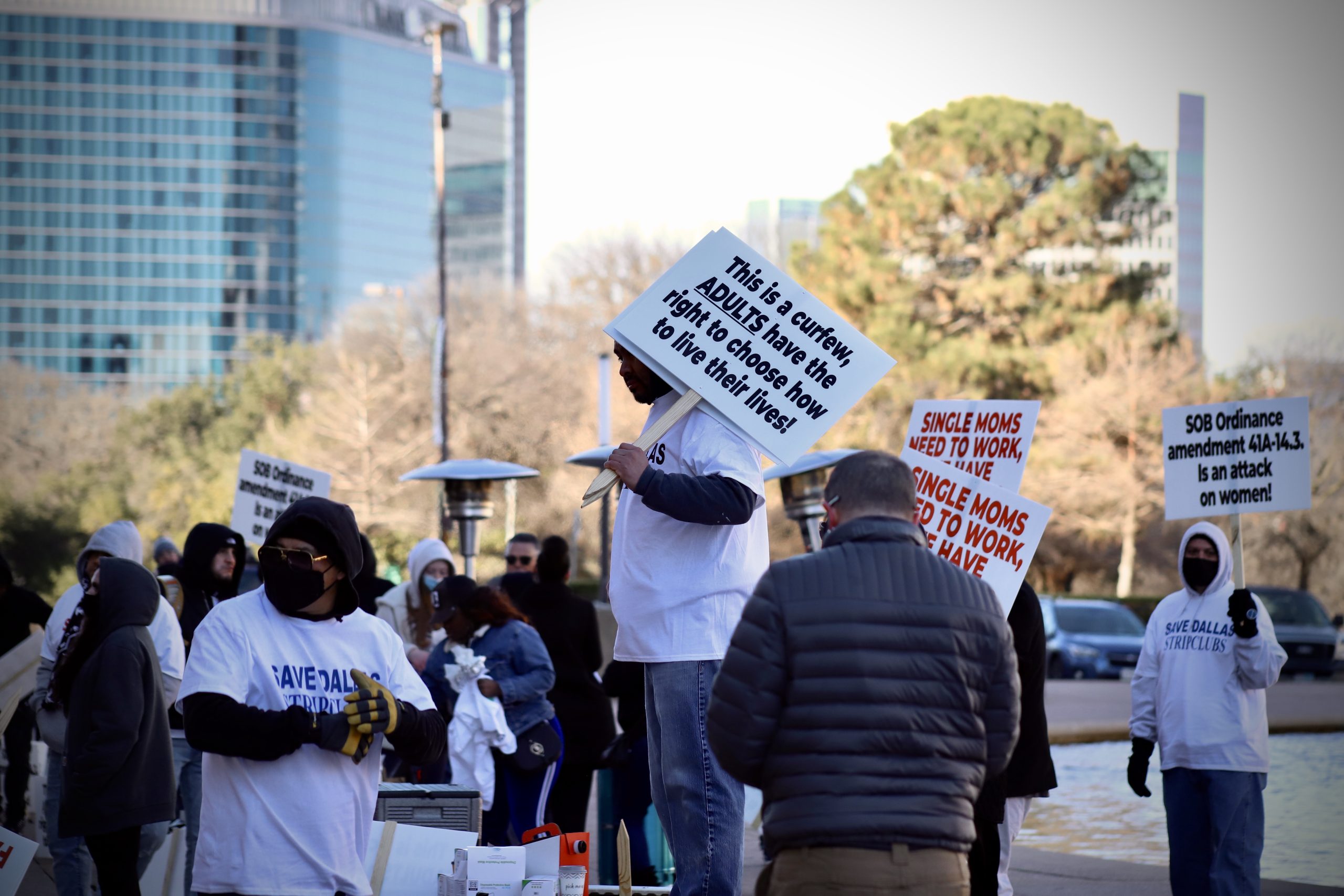 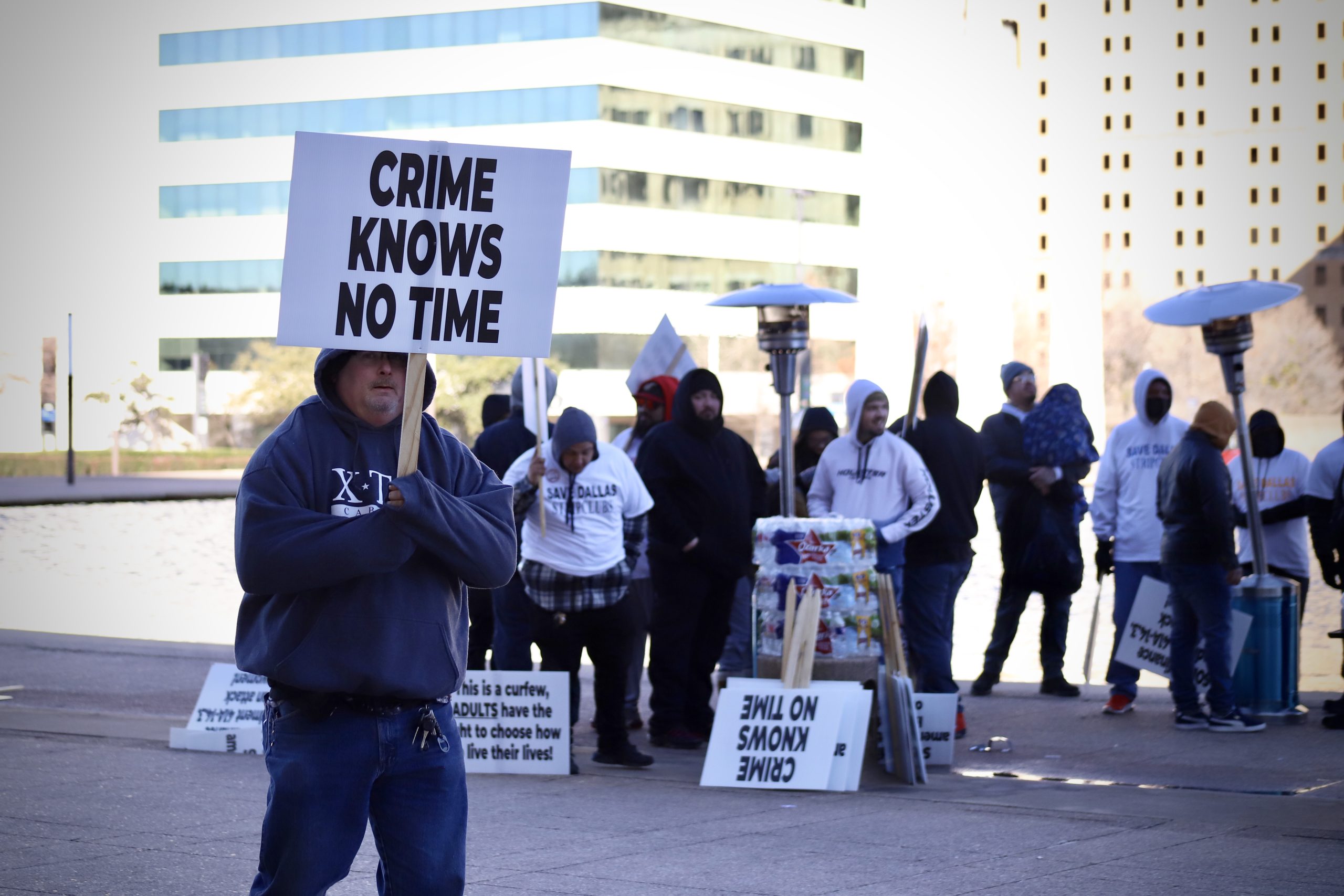 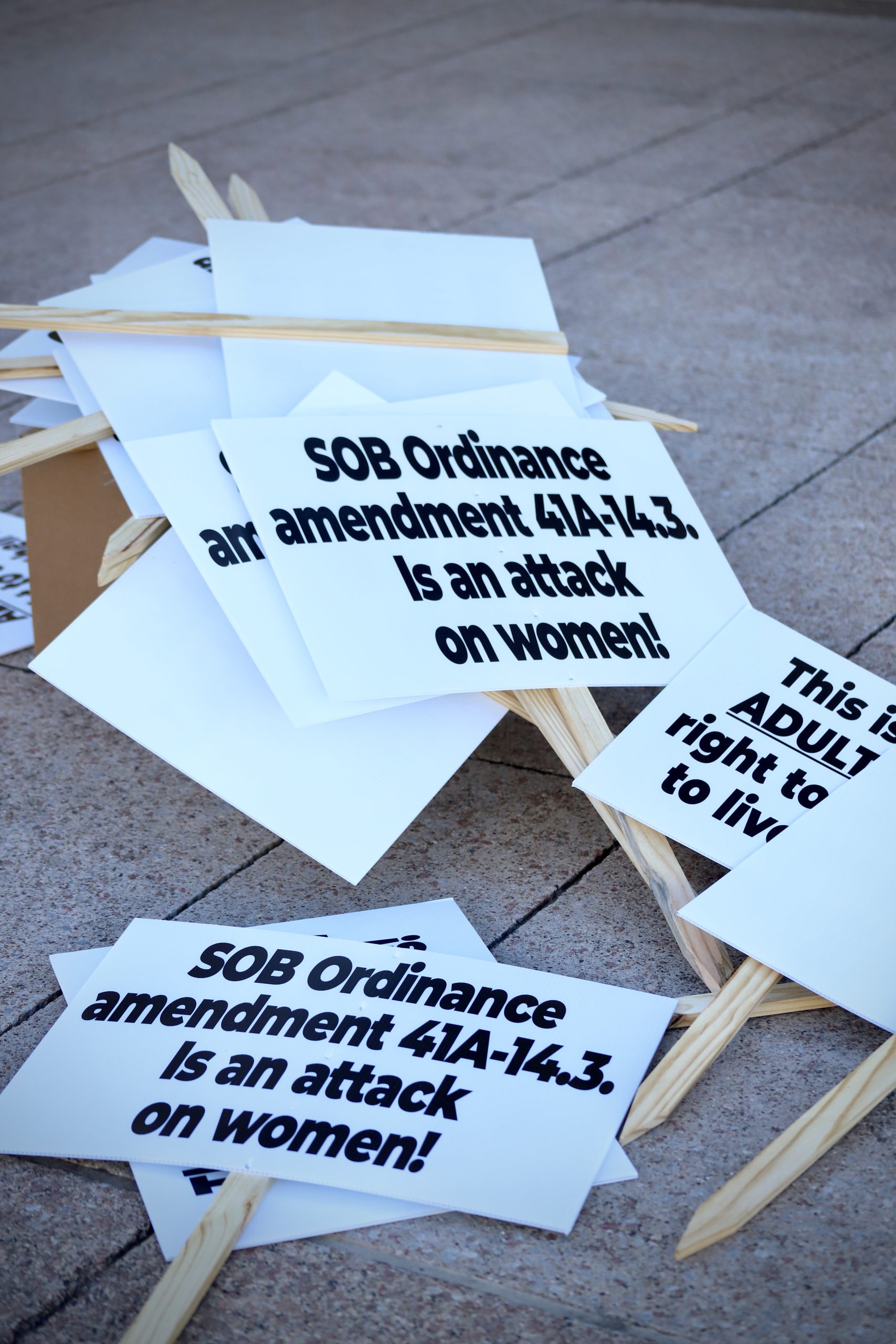 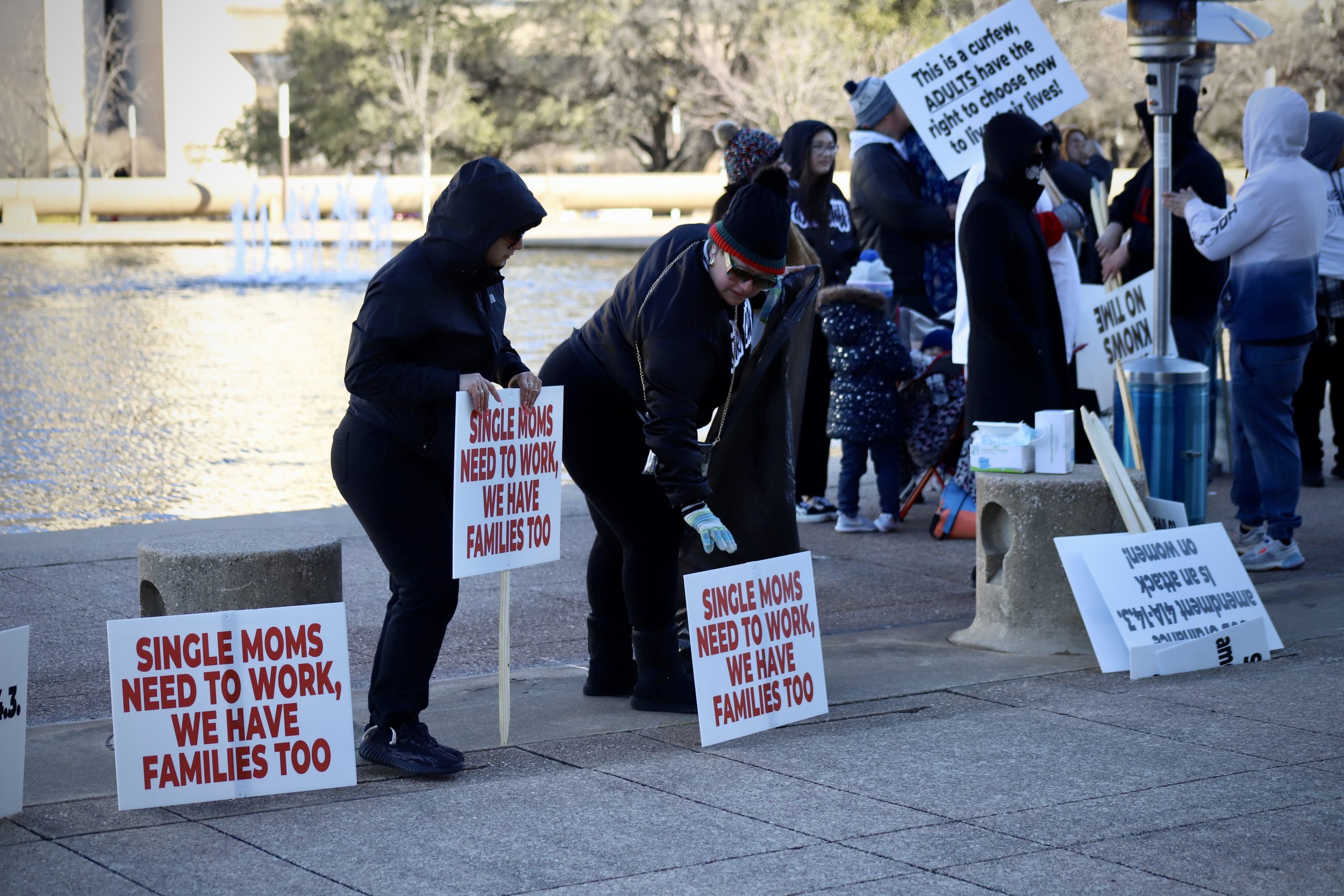 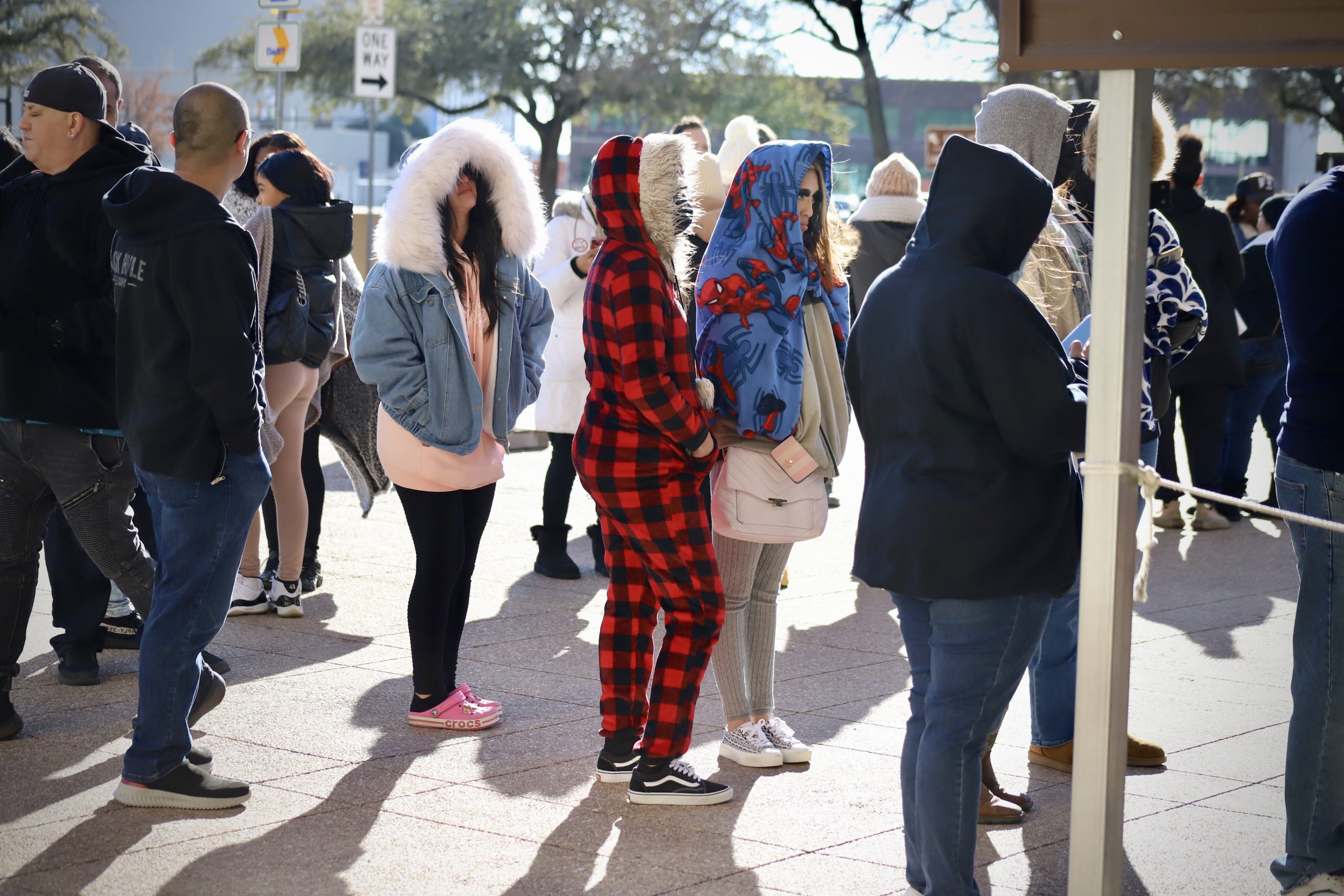 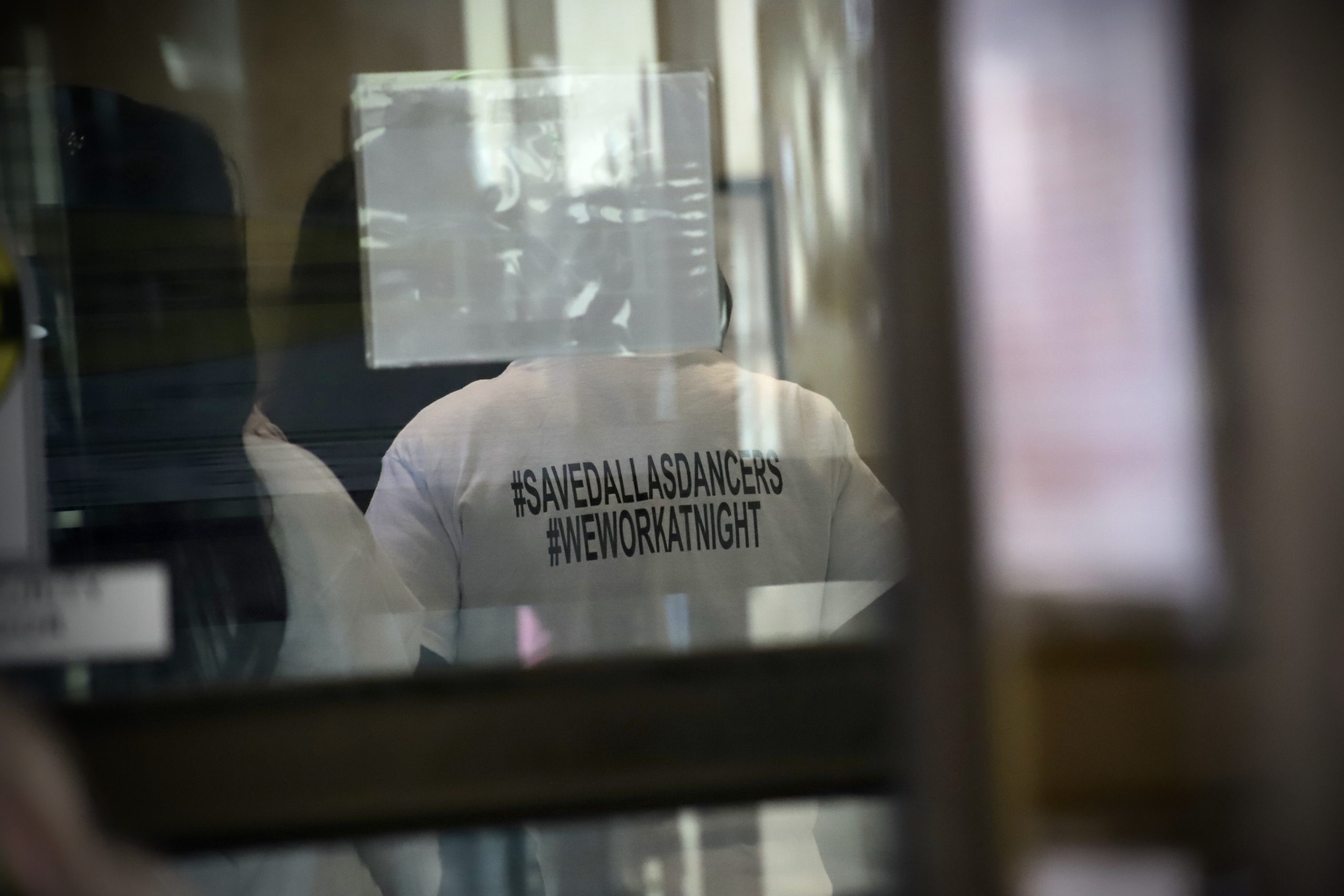 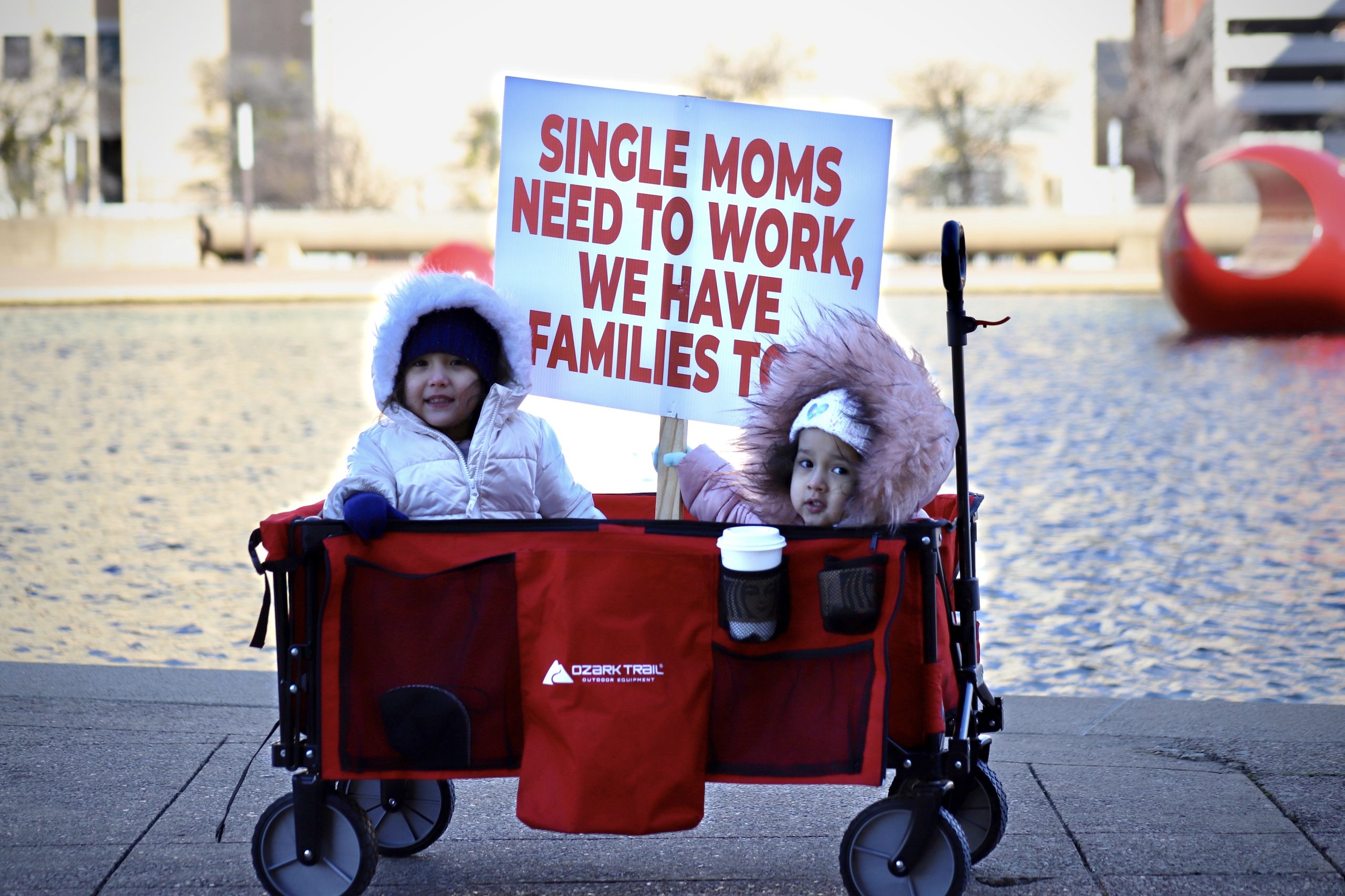 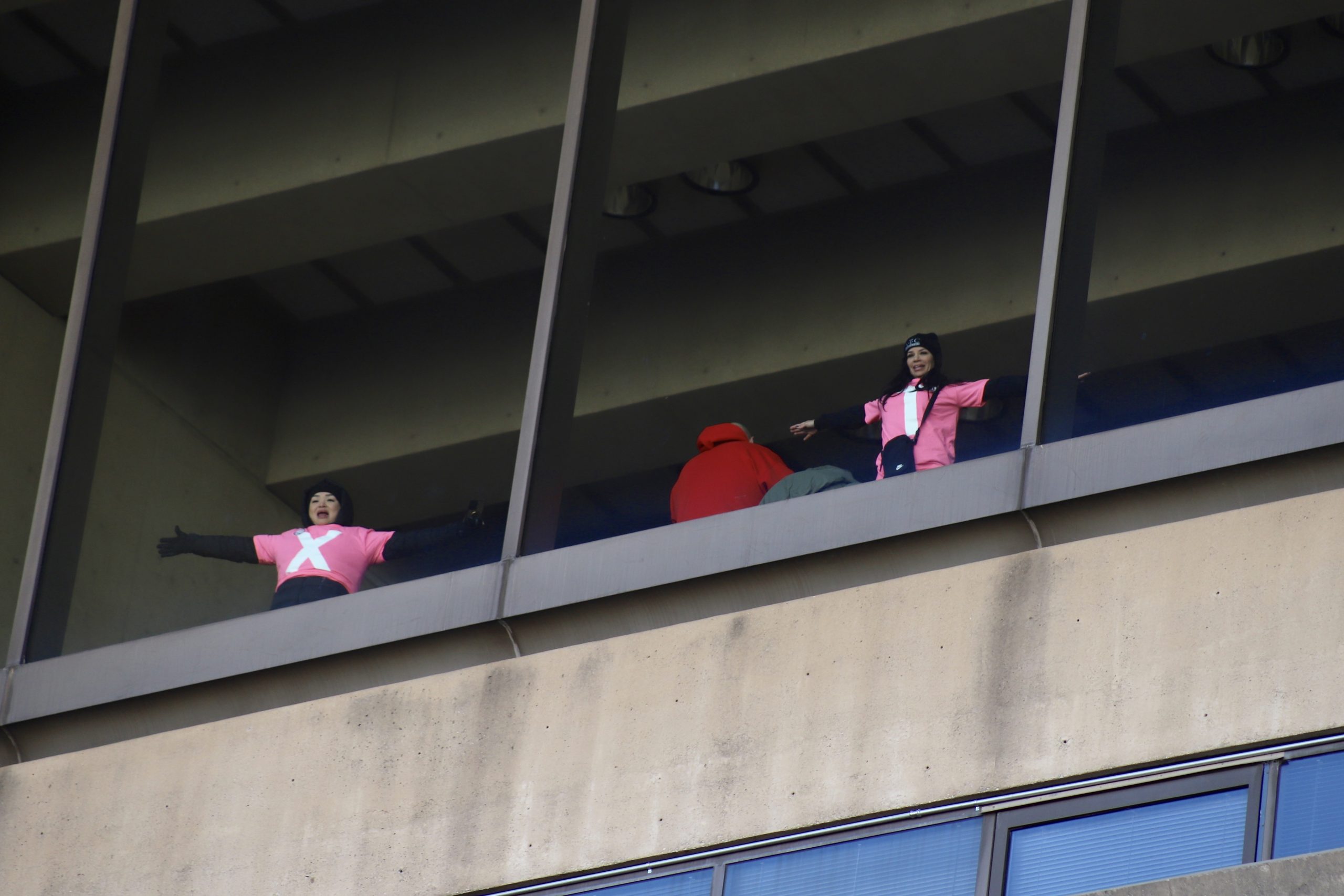 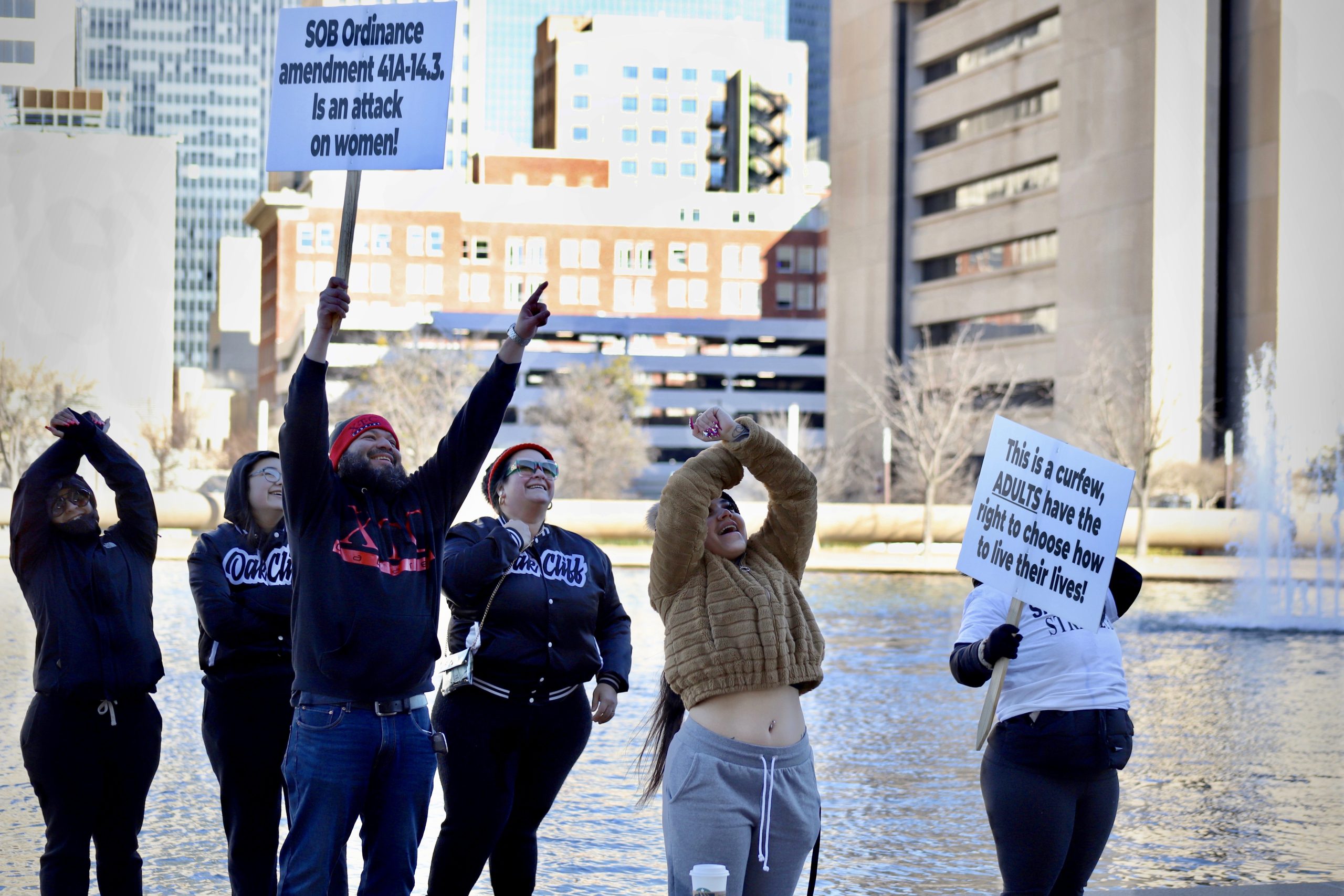 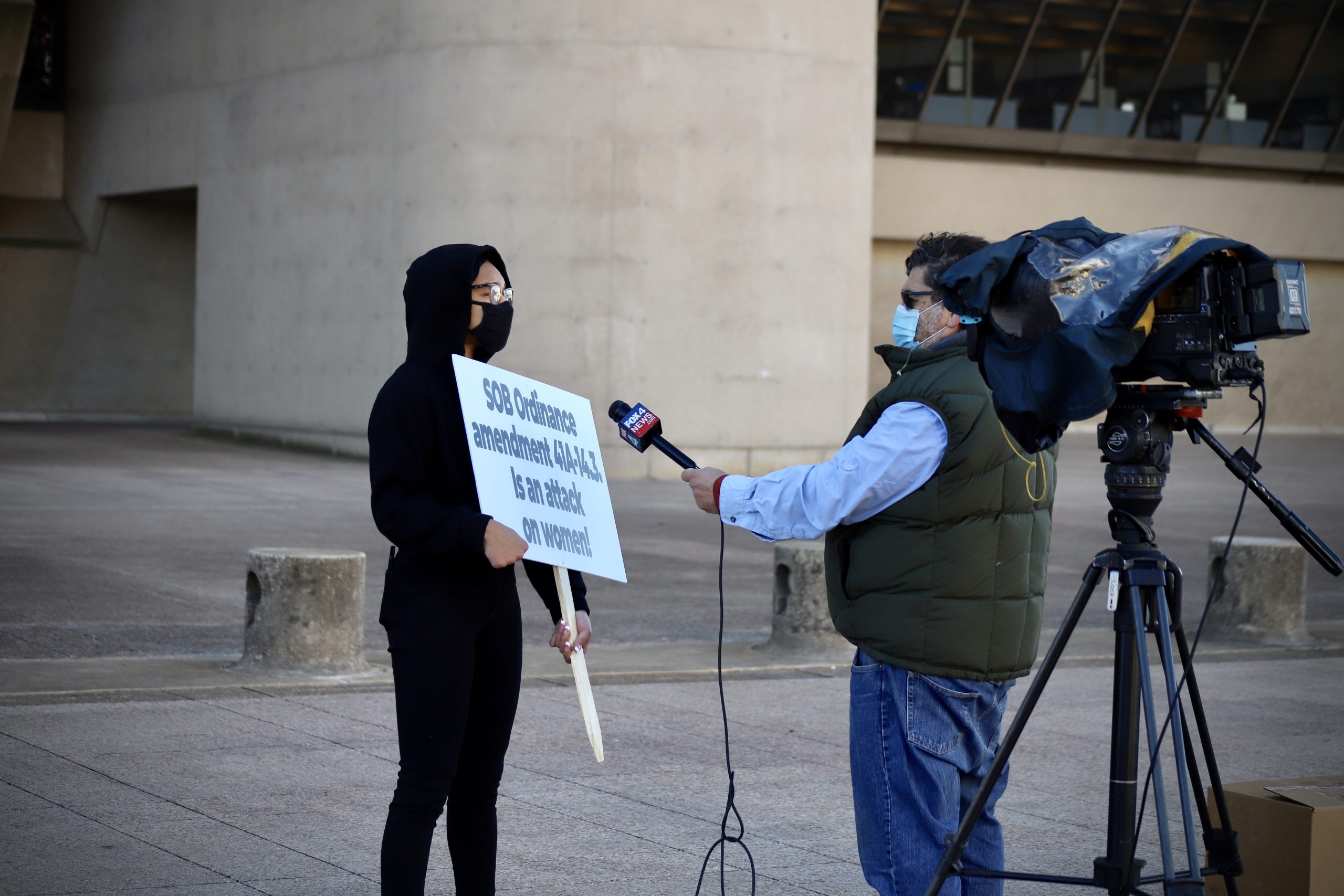 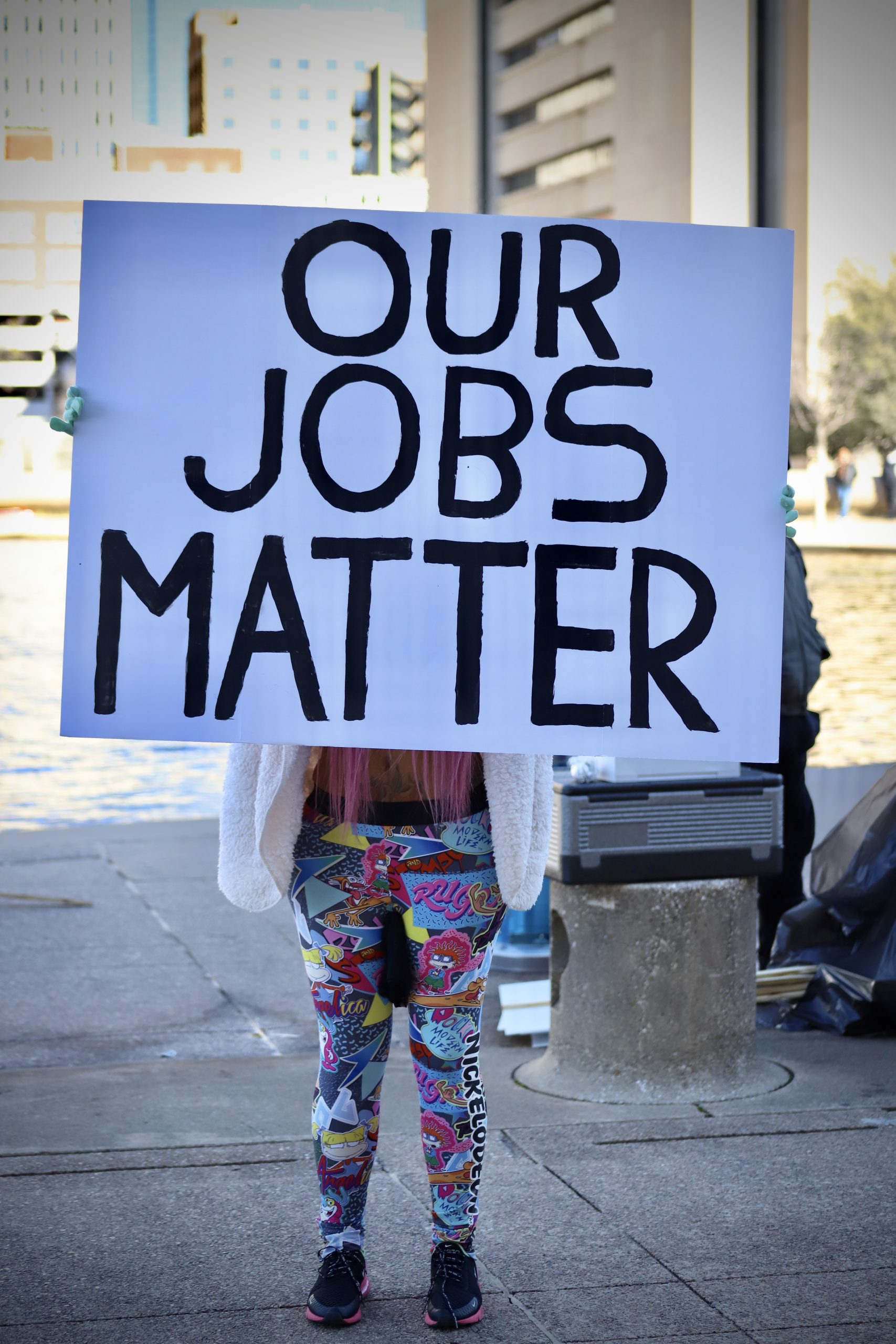 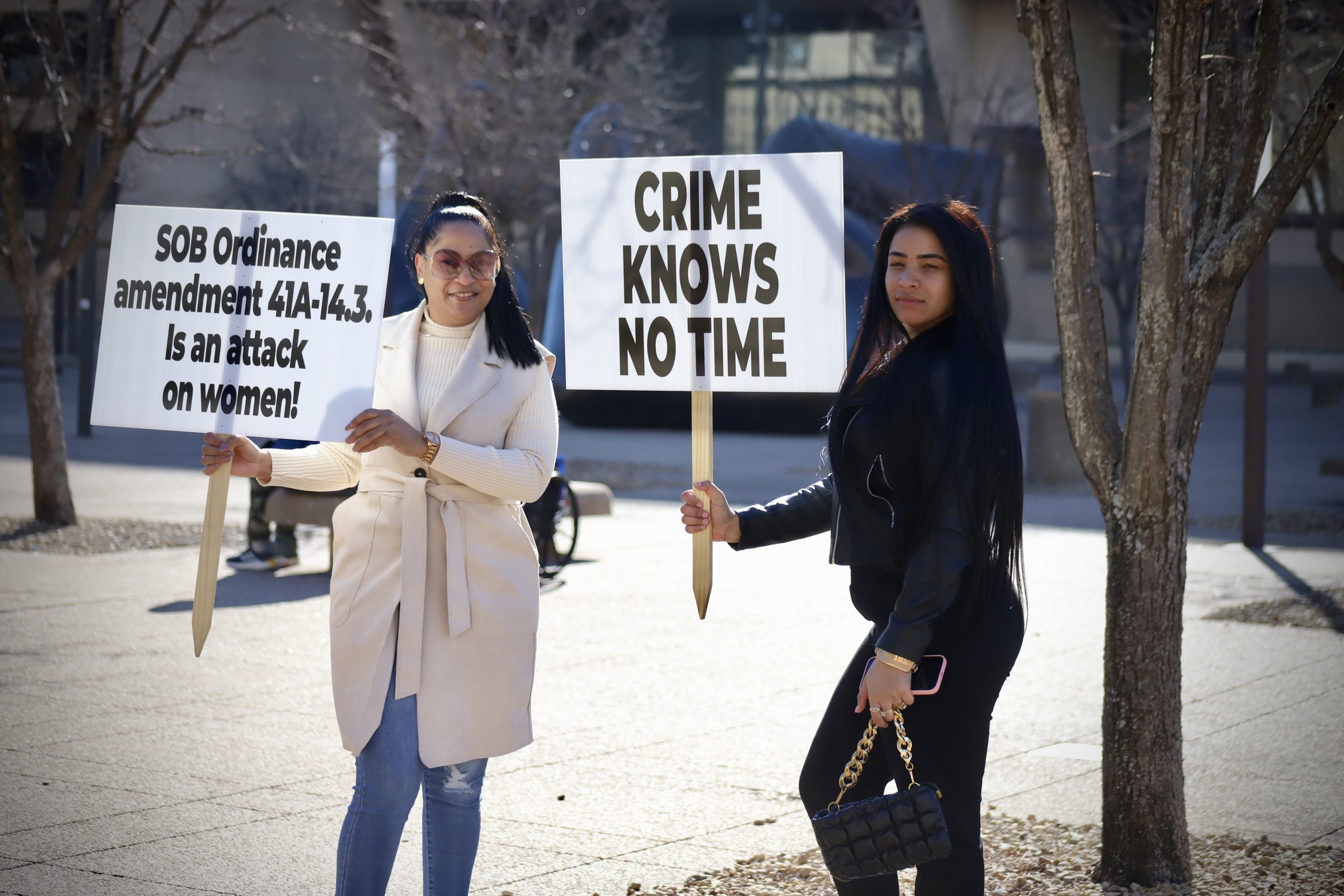 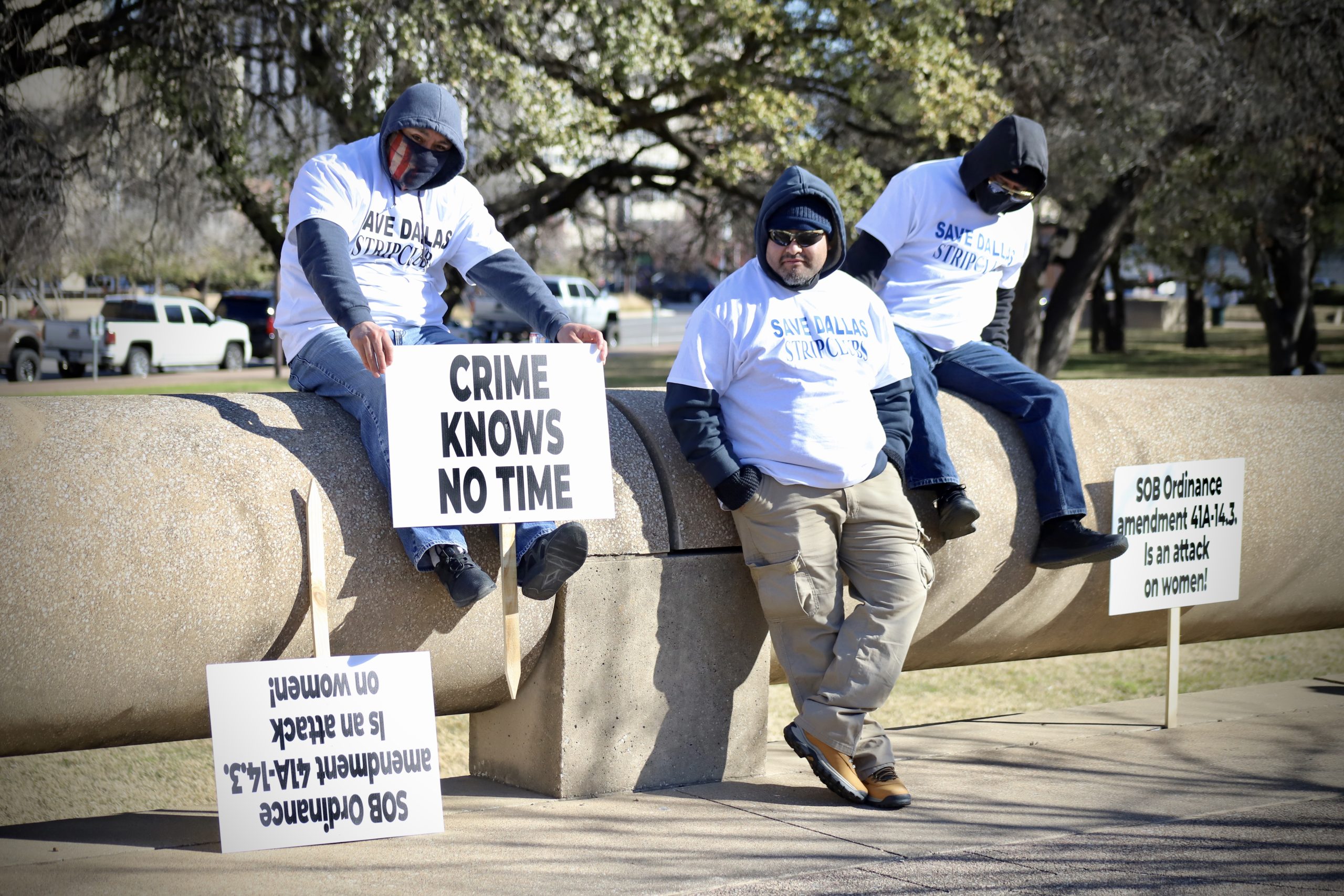 Early Wednesday morning in 30 degree temperatures and bitter wind, a crowd gathered outside of Dallas City Hall. Sporting signs like “single moms need to work, we have families too” and “crime knows no time,” they protested against a proposed amendment to the Sexually Oriented Business Ordinance, which would close strip clubs, cabarets, adult book stores and similar businesses from 2 a.m to 6 a.m.

Backed by Police Chief Eddie Garcia and Mayor Eric Johnson, it’s the city’s attempt to reduce crime based on data that most criminal activity occurs between the hours of 2 a.m to 6 a.m, compared to earlier in the night. With the amendment passed, offending businesses will lose their license for up to 30 days and face a possible fine up to $4,000 and jail time up to one year.

In attendance of the peaceful protest were entertainers, management and other SOB employees, as well as customers and supporters of the cause.

“We usually make about 80 percent of our money from 2 to 5, [a.m] so it’s going to effect us tremendously,” Jessica Orozco, an entertainer, says. “And we’ll more than likely have to start traveling outside of town to work.”

Linda Ontiveros, an ex-employee of XTC Cabaret Dallas, was there in support of her daughter whose current job as a server at the club is paying for her college education. One of the biggest concerns of the proposed restriction is how it would impact families, especially single mothers.

“A lot of these people have families and that’s how they feed them,” Ontiveros says. “That’s what the city of Dallas does not understand. Once they cut that off at two o’clock, you’re cutting off a lot of funds for these people to continue to survive, especially in this economy.”

Many club employees need to be able to work at night so they can take care of their children during the day.

“I could not do half the stuff that they do — period,” Ontiveros says, “These people work the night time because if they have small children, it’s easier to leave a child at home with a parent or a sibling to watch them. And they come home and they take their kids to school in the morning. And that’s how they’re able to support them.”

Cesar Carrola, a manager at XTC, says the majority of his customers come in after 2 o’clock, and with Dallas’ clubs already fighting to attract the most customers, these reduced hours will be detrimental to business.

“Our employees will suffer because we have to make cuts to everything,” Carrola says. “Everybody’s already fighting for a small piece of the pie.”

One point of skepticism is if the amendment would have any significant effect on crime at all. While police found that most criminal activity occurs between the hours of 2 and 6 a.m, crime happens anywhere, anytime. That’s just a fact.

“Deep Ellum is having shootouts,” Carolla says as an example. “A club got shot-up last week and they don’t stay open till five. I don’t know why they’re targeting SOB licensed businesses.”

About half of the protestors made it inside of City Hall to speak on the issue at the meeting, while others held down the fort outside. Council members went into an executive session and in the afternoon, it was announced that the limited hours were voted unanimously in favor.