What Is Dead May Never Die: The Valley View Mall Story. 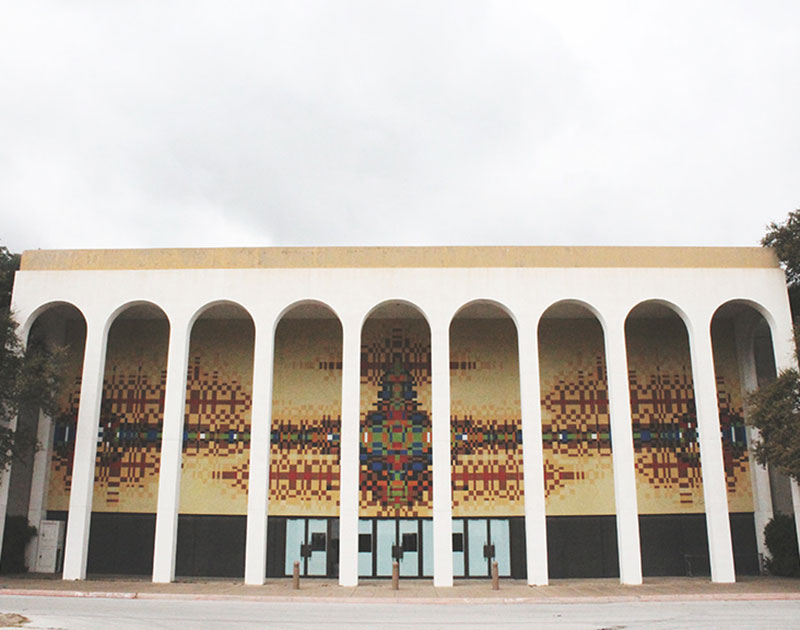 Valley View Mall Somehow Managed To Avoid Total Demolition And Survive Another Year. What Can We Learn From This Relic’s Remarkable Persistence?

Like a boxer past his prime, Valley View Mall is visibly battered and struggling to stay upright. Most of its corridors are now closed to visitors, but the structure is still technically open for business, meaning it’s still in the ring, fighting on and defying the cynical prognostications of… well, everyone.

No one expected it to last this long. Its surely impending demise has been written about countless times.

And it’s still there.

What’s amazing is that its existence isn’t one of a relic surviving a hostile economic climate — no, it has arguably existed in a zombified form for years. Instead, the building has been kept in operation because it’s been propped up by its owner, Beck Ventures, in an effort to wring whatever income it could while arranging its destruction and opening the property up for its long-promised Dallas Midtown development.

Dallas Midtown has long been a gleam in the eye of its would-be builders, not to mention optimistic onlookers. Its would-be future is as a mixed-use space that would bring a new cluster of residential, commercial, office and entertainment space to the North Dallas area. It… well, it sounds like yet another mixed-use development space, similar to the many that our city and region already has. If you still get excited over the latest and greatest agglomerations of loft spaces, small retail shops and happy hour-friendly bars this late in the game, that’s on you.

The most interesting thing about Dallas Midtown is how drawn out its predecessor’s demolition has been. Because it was timed to come down in chunks as a means to save materials for upcoming construction work and to keep portions of the mall active, Valley View has been able to persist — albeit in an ever-shrinking form. And though it was planned to take its time, it still somehow blew its deadline; demolition should have effectively shut the last of the mall’s doors well before the end of 2017, and nevertheless Valley View persisted.

For its part, Beck Ventures has accused the city’s zoning codes of being too cumbersome and unpredictable for any real progress to be made with the property. Now they’re attempting to regain those lost civic funds — although, this time, they’re seeking $50 million.

Meanwhile, you can still catch first-run movies at the AMC Valley View, and you can enjoy some damn good discounts on your tickets. Most of the artists who took part in the mall’s efforts to cultivate a creative environment have now left their hybrid studios/storefronts, and the murals they made are harder to discover now that so much of Valley View is cut off from the public, but their presence can still be felt. The final anchor store, Sears, is gone. The food options are slim — would you prefer barbecue from a Colter’s franchise or a slice of kosher pizza? The space is no longer the quiet amusement park of morbid kitsch we once enjoyed. And yet it’s not a pile of rubble.

Technically, that’s an accomplishment — one threatened to potentially be short-lived due to the fact that Valley View’s land is now being touted by the city as an ideal spot for Amazon’s second headquarters. To be fair, the online retail giant is engaging with plenty of suitors, and its benefits aren’t so surefire anyway. Cherished a score as an Amazon deal might be to local politicians and business owners, it’s worth noting that the economic boon the original headquarters brought to Seattle came with serious drawbacks, most of which impacted poor and working-class people. The explosion of revenue and high-paying jobs has made the housing market wildly prohibitive, and led to serious friction between affluent and poor residents. While Amazon can deliver significant tax revenue, and a major influx of educated and skilled workers, it can also leave residents with limited resources feeling invisible, or like strangers in their own neighborhoods.

While they have their differences, but the promises of Dallas Midtown and Amazon are the same — the old mall will eventually be a goner, and another shiny collection of supposed economic drivers will rise in its place. And, in both cases, any excitement over their development should be tempered by concerns over how it will affect the surrounding area. Our increasing comfort with the mixed-use development model, which caters to the economically cushioned, can cause us to overlook the model’s potential flaws, particularly those that make them rather inhospitable to less-than-affluent affluent residents. Seeing those prohibitive qualities as tolerable — or even unavoidable — means making the city worse for too many people.

That is hardly a Dallas-centric problem, but it’s a problem Dallas, or any city, should take seriously. One needn’t look beyond what West Dallas has faced in recent years for proof that efforts at an area’s revitalization can have perilous consequences.

It’s rather fitting that malls, which have long since past their prime, were arguably just primitive versions of the now-familiar mixed-use developments, constructed to give retailers easier access to the pocketbooks of suburbanites. Those sleek, cavernous expanses between anchor stores, lined with so many smaller shops, were the alternative to the business-saturated Main Streets found in cities and towns built before civic life revolved around the ubiquity of cars.

If we seem strangely supportive of Valley View’s ongoing existence, understand that we’re more enamored of its bizarre post-history than its actual history. As it’s hovered between death and rebirth, the mall gave glimpses of interesting alternative uses for large retail spaces — particularly uses that supported smaller, locally focused businesses that might struggle to find a space in modern retail and mixed-use behemoths. As shambolic and idiosyncratic as it’s been, Valley View Mall has also in its sunset years been a fertile creative ground for artists who enjoyed low-cost residencies. It ended its run by providing underfunded entrepreneurs with independent retail fronts, storage areas and office spaces. It was never a well-trafficked environment, no. And there was always the lingering threat of demolition, yes. But the fact remains that Valley View opened doors for people who might have found most other entryways inaccessible.

That, at the start of 2018, we still have the last few scraps of Valley View Mall is remarkable. It’s a bygone economic beast made both toothless and charming by time, bad luck and shifting retail trends. Beyond the movie theater and some other minor activity, it currently only provides visitors a short, uneasy stroll through a space that simultaneously feels like a mausoleum and a corpse.

Still, until we find a viable answer to the serious problems that accompany so many revitalization efforts, the sight of that “dead” mall hovering over the highway isn’t totally unwelcome.

If nothing else, it’s a nice, stubborn bit of variety in our increasingly homogenized landscape.