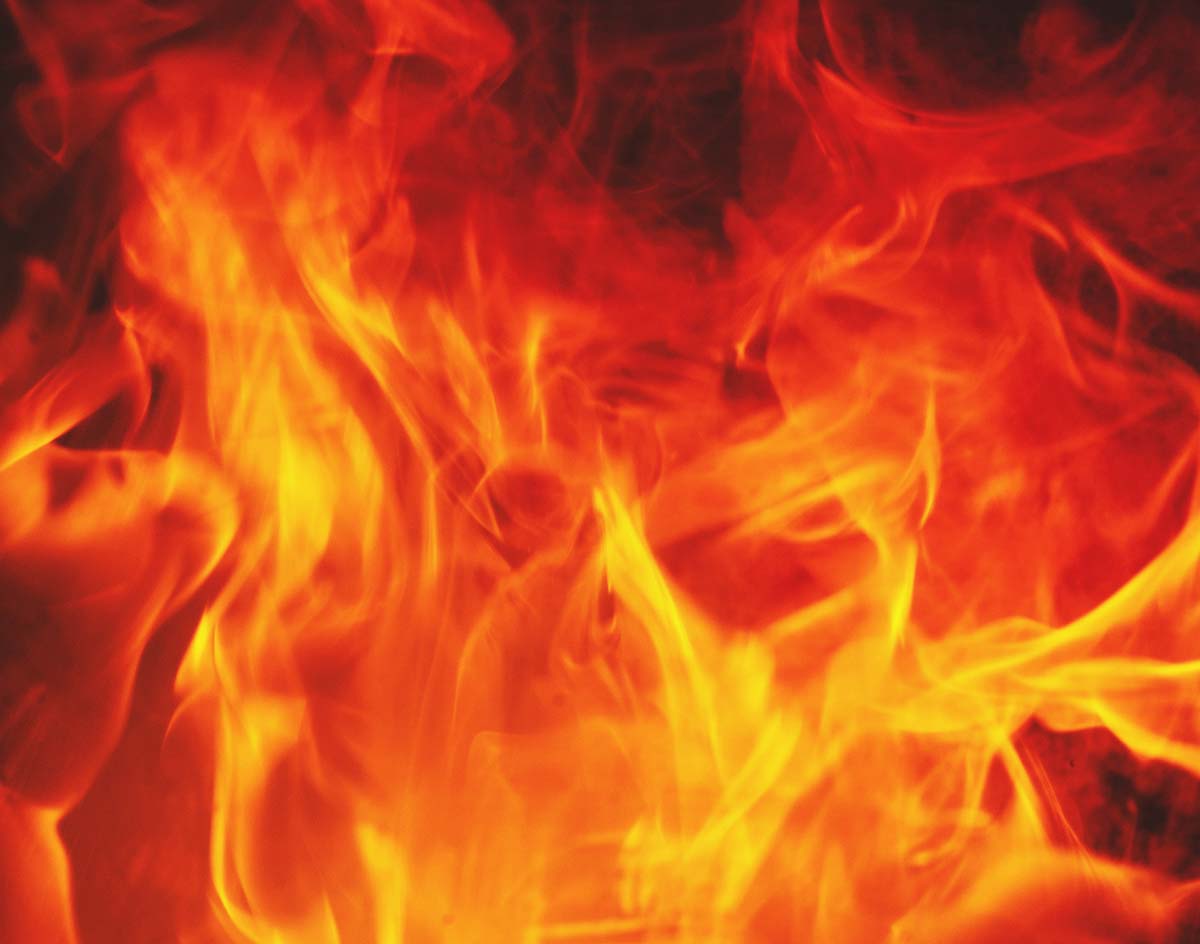 There Are A Whopping 56 Candidates Running For Dallas City Council This Year — And A Few Of Them Stand Out From The Pack For Some Eye-Popping Reasons!

Voting for the 2021 Dallas City Council elections is officially underway, and while most of the 56 candidates are your typically boring political tips, there are plenty of spicy choices in the mix too.

First of all, we want to be clear: This does not have anything to do with their platforms. Furthermore, making this list of the spiciest Dallas City Council candidates is by no means an endorsement or a condemnation. As ever, we encourage every voter out there to cast their ballot for whichever candidate speaks to their heart.

The answer to what makes a candidate spicy is simply the fact that there are some details about them that might elicit a “Whoa!” from a casual voter. Whether it’s a controversy, a surprising resume line or simply a chance at history, each of these candidates offers up a burning sensation that cannot be ignored.

It’s sort of like that first bite you take into a fresh jalapeno pepper — or, better yet, a Flamin’ Hot Cheeto.

In this space, we’ll get into the details behind a handful of said spicy candidates and pair them with a spicy snack that will help you get a sense of just HOT HOT HOT some of these potential city council members truly are.

And here you thought municipal elections were as boring as a dry turkey sandwich on white bread! 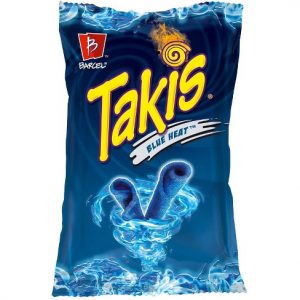 For a while there, Johnny Aguinaga was pretty much running a low-profile campaign devoid of consideration for a list like this.

Then came down word that Aguinaga had threatened a Dallas County precinct chair over a political yard sign dispute and everything changed!

As the story goes, a neighbor removed one of Aguinaga’s political yard signs from a vacant lot in Oak Cliff and messaged Aguinaga over Facebook, asking that he come retrieve the removed signs.

Initially, Aguinaga replied that he had permission to place the signs in that vacant lot. Then, according to screenshots of the conversation, he followed that message up by writing, “You need to out [sic] it back or I’ll have my cousin go deal with you. He carries heat too. He likes trouble like you.”

If that’s not spicy, we don’t know what is!

Reminds us of snacking on a bag of Takis Blue Heat. 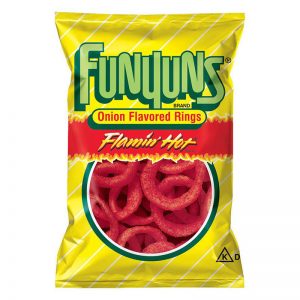 Kevin Felder won his city council race in 2017, but then didn’t even make the runoff during his reelection bid in 2019.

Part of the reason for that might have to do with his arrest in February of 2019 after an altercation with a scooter. The details of said altercation, as you may or may not recall, were that Felder allegedly hit a scooter-rider with his car and then drove away. According to hisarrest affidavit, a witness at the scene apparently heard Felder yell “Do you know who I am?” before peeling away.

Anyway, Felder was indicted in December 2019 on third-degree felony charges relating to the case. But he still misses being on city council so much that he’s running again for his old seat now in 2021.

There is not a better spicy snack to sum up Felder’s scootergate than Funyuns Flamin’ Hot. 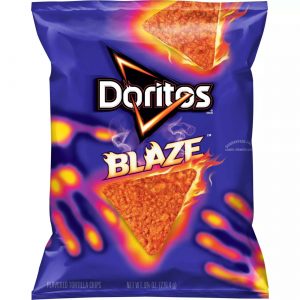 He’s a small business owner, operating the wellness company Tha Alkaline Hour out of South Oak Cliff. He was also part of the group that successfully fought for a part of Lamar Street to be renamed Botham Jean Boulevard — am especially big win for him, as he was one of the “Dallas 9” who were arrested for protesting Jean’s murder in 2018. He’s also a second-time candidate for council after coming up short in his bid to win a seat the the horseshoe in 2019.

For the purposes of this exercise, though, we’re most interested in the fact that he’s also a rapper who performs under the moniker of Brotha SHAWT, and he once recorded a song called “John Wiley Price” in honor of the  ghost pepper-level spicy Dallas politician of the same name.

If elected, would Peters be the first Dallas City Council member who is also a hip-hop recording artist? We’re pretty sure he would be!

For that spicy fact alone, we’ll share a bag of Doritos Blaze with Davante Peters. 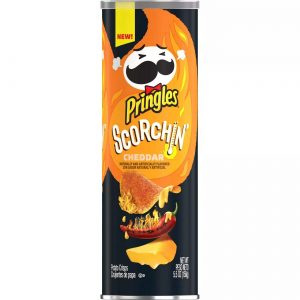 At first blush, District 9 council candidate just looked like another middle-aged dude running for local office. But truly some spicy details about his past indiscretions have come to light in recent weeks!

First, there’s a whole was-he-or-wasn’t-he drama going on involving a possible arrest for public intoxication in 2009. D Magazine has been trying to get to the bottom of it to middling success, but the gist of it is this: Botefuhr knocked back a few drinks while watching a Dallas Cowboys game at Ozona Bar & Grill, and a friend of his was definitely arrested for public intoxication when police spotted the pair in a nearby Kroger parking lot later that day. Botefuhr’s name appeared on a list published that same year that implies Botefuhr was arrested that day as well, but Botefuhr denies this, and has publicly claimed to have never been arrested for public intoxication at all. Public records no longer show him as arrested, though, but D seems to think it’s possible he paid to have his record expunged. It’s all very niche drama.

That’s also the case with a second spicy Botefuhr-related detail that D has also been chasing. The details you need to know there: Botefuhr and a local political activist named Barry Jacobs, who requires a cane to walk, got into a heated argument one night in 2019 at the Lakewood Landing, during which Botefuhr shoved Jacobs. No charges were filed, and Botefuhr hasn’t commented in D‘s reporting on the article, but it’s some pretty entertaining gossip!

We’d sure like to pop the top on some Scorchin’ Cheddar Pringles with Botefuhr and chat about it all! 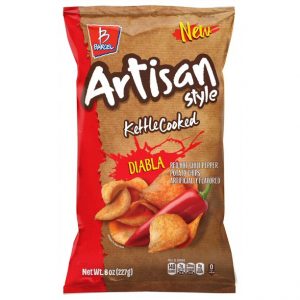 He’s bold, he’s brave and he’s been publishing his own newsletter for 10 years while attempting to uncover the widespread corruption going on in our government: Meet D10 candidate Sirrano Keith Baldea, whom his council election opponent Adam McGough recently described as “disturbed” in a Facebook post that detailed a spat between the two regarding political yard signs in front of a Wendy’s, during which Baldeo brandished a kitchen knife.

According to Baldeo’s website (which is a doozy), he thinks the best way to stop the incompetence and corruption in government is to take control of it. In order to do this, he has his very own YouTube show — aptly called “Sirrano Show”– in which he rambles in front of green screened American flag. Additionally, he runs a publication called Dallas Pulse News, which he launched upon moving to Dallas in 2016 from New Jersey, where he ran a similar outlet called Pulse NJ.

He also ran for council for this district in 2019 and finished in third place with fewer votes (191 to be exact) than the number of people you could into Club Dada’s back patio. But that showing is not deterring him from running again!

One of the points in Baldeos’ 37-point plan for the city is to create a Christmas Holiday Celebration Committee and to openly compete with New York City on which city can have the biggest Christmas tree. No word if Serrano would volunteer to dress as Santa Claus.

Baldeo’s spicy quest for truth could use a bag of Barcel Artisan Style Diablo Chips in our estimation. 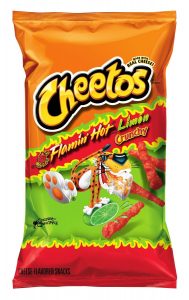 If elected, the 23-year-old Hosanna Yemiru would make history as the youngest Dallas City Council member ever — a title currently held by District 7 incumbent Adam Bazaldua, who was 32 when he won his seat in 2019.

That alone is a spicy fact! And she could actually pull it off!

A former campaign staffer for Colin Allred and Candace Valenzuela, Yemiru has already racked up various endorsements, has a huge team of volunteers and leads the district in fundraising. At a recent candidate forum co-hosted by Central Track, she was asked about youth voter turnout in the city and she replied that “young people really do care, the candidates just need to go out there and talk to them.”

In my early 20s, I was spending most of my time watching Norman Chad yell “Wamboozled!” on ESPN broadcasts of the World Series of Poker. I was definitely not running a serious campaign for city council.

If Yemiru is able to pull off the upset, we’ll be sure to send her a bag of Cheetos Flamin Hot Limon. 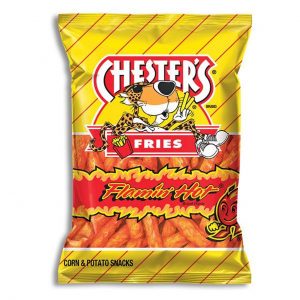 Paul Ridley seems like a pretty even-keeled guy, if also the most liberal candidate in the three-horse District 14 council race.

He doesn’t seem very spicy at all, really. Well, not at first look, anyway.

If you visit his Ridley’s campaign website and scroll down a bit, there’s a truly great photo of him racing around a go-kart track and just looking like he’s having the time of his life. It’s an amazing image.

But, also, D14 incumbent David Blewett has been trying to combat street racing the last few years and we’ve never seen a picture of him racing anything on wheels. Is it possible, based on this picture alone, that Ridley might be able to better relate to and understand the mind of local street racers than Blewett ever could? It’s very possible, we think!

For this look alone, we wanna chow down on some Chester’s Flamin Hot Fries with Ridley.

• WHY THIS ELECTION MATTERS.
• MEET THE DISTRICTS!
• IN THESE THREE COUNCIL RACES, FRESH BLOOD IS GUARANTEED.
• ALL 56 CANDIDATES’ SIGNATURES, RANKED.
• THE 2021 CITY COUNCIL CANDIDATE SURVEY.