Tonight Is Your Chance To Lobby For Erykah Badu Park! 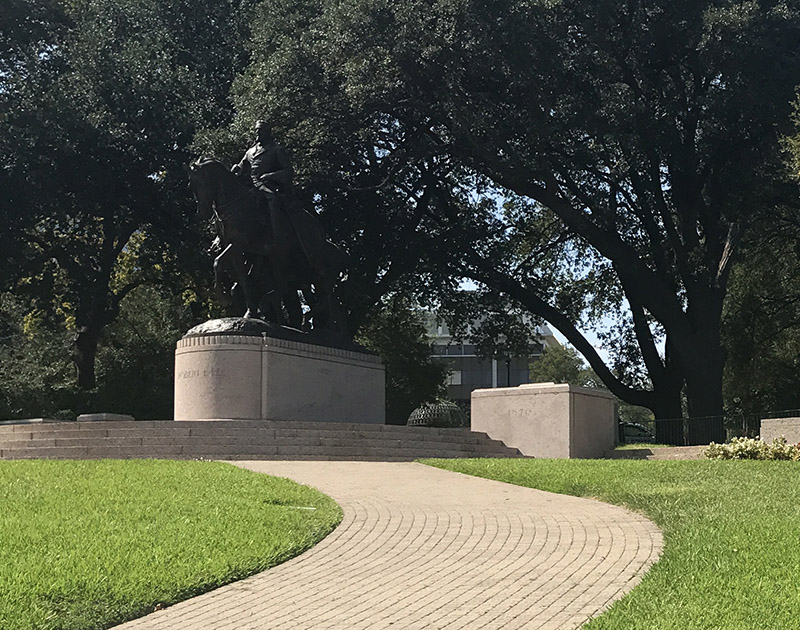 At A Special Hearing Tonight, The Dallas City Council Will Open Up The Floor For Public Opinion On What Should Be Done With The Confederate Monuments.

As you’ll remember, the statue of Robert E. Lee at Oak Lawn Park came down last month and we quickly threw out our suggestion: rename it Erykah Badu Park.  Simple, right?

Well, ever since then, our petition has gained more than 5,000 signatures and tonight at 6 p.m. at City Hall is your chance to tell the Dallas City Council that you want the Park and Recreation Board to consider Erykah Badu Park as the permanent official name of Oak Lawn Park.

We know it’s a long shot, Dallas, because the Park board voted unanimously last month to revert the park back to being Oak Lawn Park, which was the name the park had before 1936 when the statue was placed there and the name was changed to Lee Park.

But that vote technically makes Oak Law Park a placeholder name at least until the end of the year because the council has to adopt a new policy for renaming parks after it enacted a moratorium on the process a while back.

So maybe if enough folks show up and verbally give their support for Badu Park, they’ll take our suggestion seriously. And maybe there will be enough supporters down there anyway as there will be a gathering of people protesting Donald Trump’s visit to Dallas today, so you might as well pop in and give the city council your two cents.

Our readers know we haven’t been shy about this issue, so that is our recommendation. We also wouldn’t mind getting in on that contractor money — at a very discounted rate, if you’ll remember. Maybe put in a good word for us there, too, so we can make it rain Central Track Stacks.