10 Animal Crossing: New Horizons Villagers Who Should Move To Dallas. 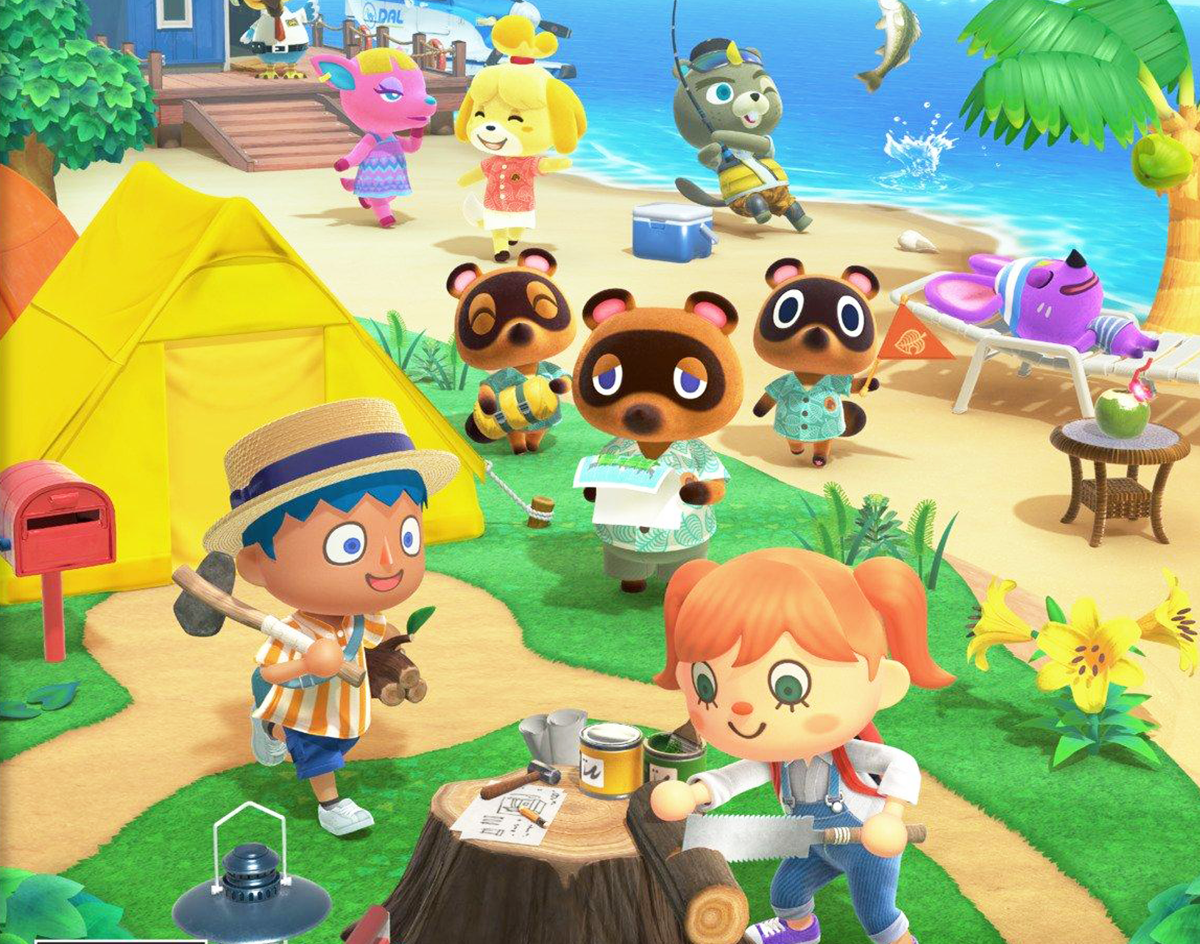 Some Of Our Favorite Virtual Neighbors In The Latest Edition Of Nintendo’s Hit Life Simulator Game Would Be Right At Home In Dallas.

The real world may have ground to a halt, but the video game paradise of Animal Crossing: New Horizons continues.

For those of you who don’t have friends constantly sharing screenshots of their virtual adventures all over your social media feeds, allow us to fill in the gaps. Nintendo’s latest furry life simulator is a stress-relieving casual game where players move to an island and develop it into a booming village full of charming anthropomorphic animal neighbors. Think of it like The Sims, but with an art style akin to Hello Kitty’s Sanrio.

The latest game in the series had the mixed blessing of a release date on March 20, around the time COVID-19 shut down pretty much everything.

The producer of the game, Hisashi Nogami, told The Verge, “Considering the timing, we hope that a lot of the Animal Crossing fans will use this as an escape, so they can enjoy themselves during this difficult time.”

The game has essentially served as a peek into a utopian universe where you can actually go outside, visit friends and have a chill raccoon landlord instead of being hounded for rent in the middle of a global pandemic.

And during a time when we can’t see our friends in-person, trading small-talk and items with cartoon critters or virtually visiting our pals’ islands online is the next best thing. There’s plenty to choose from, too, as Animal Crossing: New Horizons has a whopping 391 different villagers that can end up on players’ islands, each one with their own quirky personality and colorful aesthetics.

In losing track of the amount of days we’ve been in self-isolation by staying the fuck home, we noticed some of the game’s characters have sensibilities strikingly in-line with Dallas culture, which got us thinking about which of the nearly 400 neighbors would translate best to our world. (If they were, y’know, real.)

So, here are the 10 Animal Crossing: New Horizons villagers we think would fit in Dallas best, along with their potential favorite local hangouts and tunes. 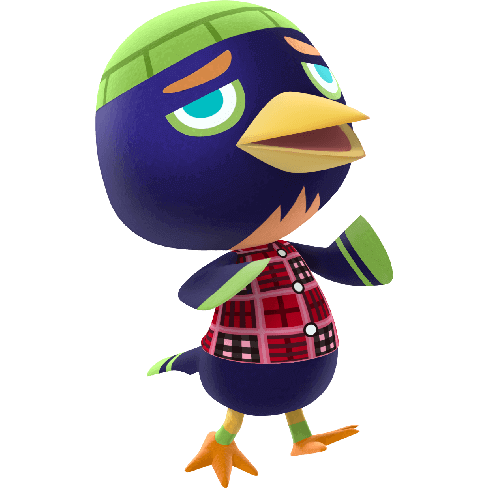 Why: Everything about this smug bird screams “Deep Ellum hipster.” For one, his beanie and red flannel makes him look like half the audience at your usual Club Dada gig. He’s also a total vinyl nut whose home features multiple turntables — his name is even a pun of the term “Disk Jockey.” As if that wasn’t enough to merit a place in Dallas’ hippest enclaves, his profile in the mobile game Animal Crossing: Pocket Camp mentions his “pretentious demeanor.” Who can relate?

Choice hangout: Off The Record.

Favorite DFW-made song: “Oblivion” – Motorcade; A record fiend like Jacques would appreciate the blend of new-wave styles on this post-punk bop. 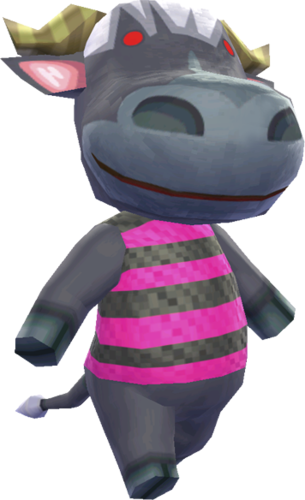 Why: You’re just gonna scroll past without giving this country-fried bull character a “howdy?” Although Dallas isn’t the Wild West throwback that out-of-towners often stereotype it to be, there are still plenty of traces of country & western culture in the city. Rodeo has that in droves, even down to his dialogue; when talking with human characters, he ends his sentences with the phrase “chaps.” Assless, dare we ask?

Choice hangout: The Round-Up Saloon has become an inclusive country institution for patrons of all stripes, with even pop stars like Lady Gaga and Charli XCX stepping into the hoedown. Who’s to say a fictional bull couldn’t get in on the fun too?

Why: Between SMU, UNT and UT Dallas, North Texas has no shortage of intellectually curious types. This professorial-looking fella would fit in well in that culture of learning and preppy collared shirts.

Favorite DFW-made song: “I Used To Write In Notebooks” – Rhett Miller; An introspective folk track about being “an analog boy in a digital world.” That theme might resonate with Beardo, given his old-school home is full of books and a vintage stereo. 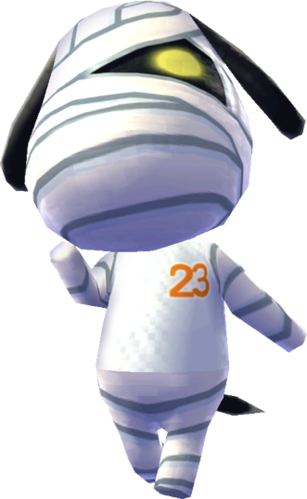 Why: This dog-mummy thing might look eerie, but those same looks would earn him some serious cred in Dallas’ thriving goth community. The city also has plenty of spooky lore for Lucky to brush up on, from the Lady of White Rock Lake to the deadly history of the Adolphus Hotel. 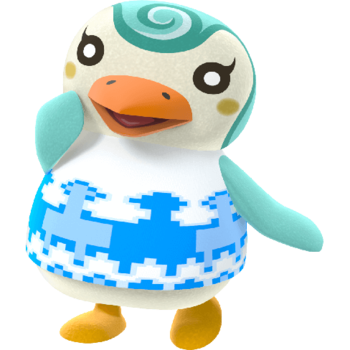 Why: You don’t get a name like Sprinkle without having a sweet personality and even sweeter tooth. It’s not a stretch to say her appetite would be rewarded in Dallas, which ranked as the top restaurant city in America according to Bon Appetit last year.

Choice hangout: Ruins. The trendy bar and music venue offers plenty of Latinx eats both savory and sweet — may we recommend the cajeta ice cream?

Why: This glamorous feline is ready for her closeup in Dallas’ vibrant theater scene. She already has a look inspired by iconic starlet Marilyn Monroe, she just might need some dialect coaching to fix that squeaky robot voice Animal Crossing characters talk in. A Dallas residency will have her adopting “y’all” in no time. 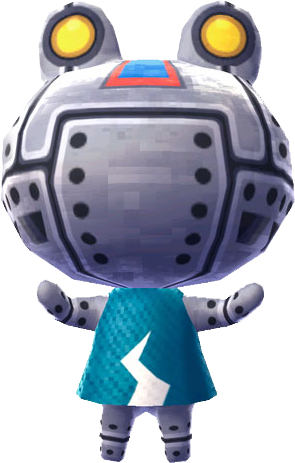 Why: If robots are gunning for our jobs, they might as well pay rent too. Plenty of tech companies in town would kill for a look at such advanced A.I., and Ribbot is just cute enough to convince us the machines come in peace after all.

Choice hangout: Esports Stadium Arlington. Does being a robot disqualify you from esports competitions? Either way, we wouldn’t want to face off against him in Overwatch. 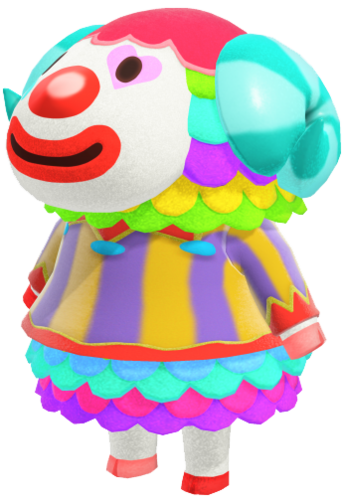 Why: Yes, the clown getup is a little creepy, especially in a post-Joker world, but we need all the potential humor we can get right now. Pietro could put his clownery to the test in Dallas’ comedy scene, which has notable expanded over the past decade.

Favorite DFW-made song: “Haunted Bikini Bottom” – 10k.caash; We have no clue if Spongebob exists in the Animal Crossing universe, but a goofy villager like Pietro would nevertheless appreciate how tongue-firmly-impaled-in-cheek this posse cut is. 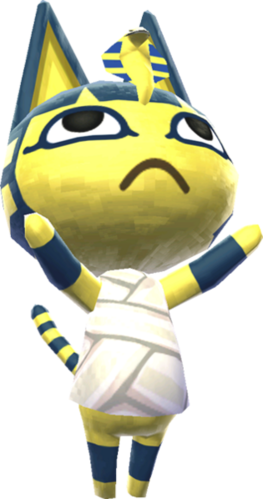 Why: This villager’s cool demeanor and usage of Egyptian iconography remind us of none other than Dallas’ neo-soul queen, Erykah Badu. We have no doubt that these two would vibe, and maybe even drop a kick-ass collaboration of some sort.

Favorite DFW-made song: Anything off New Amerykah Part Two: Return of the Ankh by Erykah Badu. 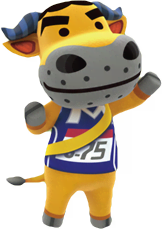 Why: This total sports bro would have plenty of teams to root for here, from the Cowboys to the Stars and of course, the Mavericks. Just don’t get him started about those fugly Mavs City Edition jerseys, lest you want this bull to see red.