20 DFW Ghost Stories To Get Absolutely Spooked By. 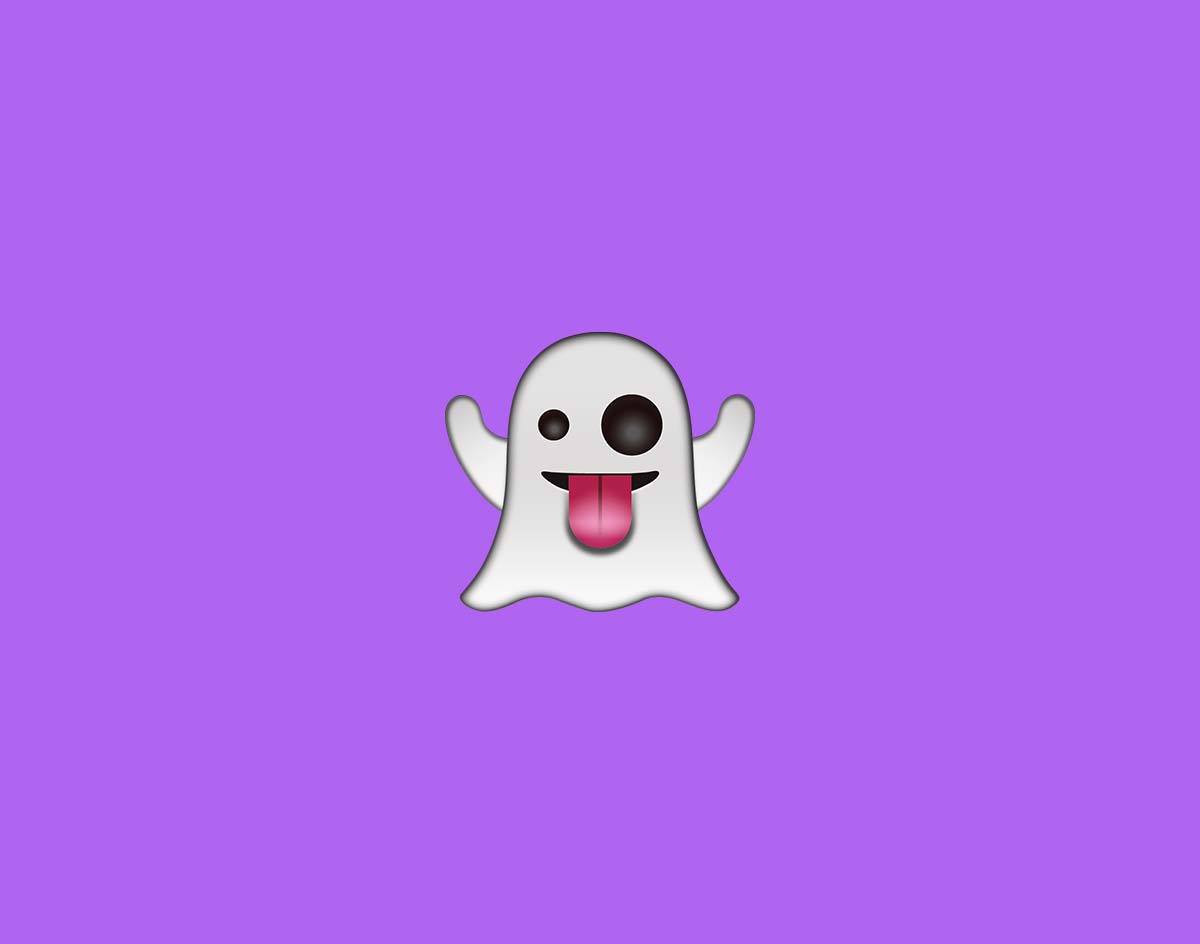 We Conjured Up A List Of Some Of The Most Notorious Ghost Stories Surrounding Local Landmarks & Institutions In North Texas.

One of the perks of living in a region of Texas with such a rich history is finding yourself falling down the dark rabbit hole of paranormal stories buried within the area.

Many Dallas-area residents have reported experiences of ghostly apparitions, frightening noises and inexplicable chilling sensations — phenomena so common that local writers have dedicated multiple books to rounding up these stories, from Haunted Plano to Haunted Fort Worth.

We resurrected some of the most intriguing and peculiar reports of paranormal activity originating from various local businesses and nature’s most haunting landmarks, and summed them up below. Several of these events occurred at very high-profile spots around town, including the Majestic Theatre and Lizard Lounge. If you’re so inclined, feel free to look more into them and investigate the links from which we culled these spooky claims — at your own risk, of course.

“Lady of the Lake”

You can’t talk about North Texas ghost stories without mentioning perhaps the most famous of them all. A young woman in sopping wet clothes will stand on the side of the road — usually Gaston Avenue — asking for a ride. If you pick her up, she’ll get in your car, but by the time you arrive at the destination she asks for, she’ll be gone. As legend has it, this woman is the ghost of a young girl who drowned in White Rock Lake in the 1920s.

Jack “Smiley” Jackson was murdered either in room 1009 or room 807, depending on which version of the tale you believe. Unless you acknowledge his presence by name (a simple “C’mon Smiley, move over” should suffice), he won’t let you enter the room. For “Smiley,” the Lawrence is his version of Hotel California: He checked in, but he can never leave.

As it turns out, Sons of Herman Hall is a great venue if you like swing or spirits (the spooky kind, not the alcohol). Apparently, paintings will fall on their own, freaky ghost children can be heard laughing and there are “frequent, yet unexplained footsteps coming from the unoccupied upstairs area.”

The Dallas landmark is renowned for its live music and comedy performances, but a few paranormal beings might be holding a residency there too. The building’s original owner, Karl St. John Hoblitzelle, is said to make his presence known through theatre backdrops moving on their own, phone lines lighting up when nobody’s calling and “odd fragrances.” Though that last one might just be the aging building.

According to the Texas Guide to Haunted Restaurants, Taverns and Inns, the original Snuffer’s on Lower Greenville is home to much more than just burgers and fries. The Dallas mainstay opened in 1978, but apparitions apparently didn’t start haunting the place until after it bought up additional land to open an adjacent patio in 1987. In an interview with the restaurant’s owner, he mentioned “manifestations,” such as employees feeling mysterious hands on their shoulders and sudden cold chills, as well as glassware moving eight feet away from its original locations after hours.

After a bull hailed as one of the greatest in rodeo history named Hotshot was bested by a rodeo cowboy for twenty seconds, it got its revenge by trampling the dude to death. Bull riders would soon report being woken up in the middle of the night by the eerie sound of Hotshot’s spirit, snorting and pawing his murderous hooves into the ground, then retreating back into the night. Giddyup, ghosties!

When the mansion was being renovated in the 1970s, construction workers spotted the figure of a man in tennis clothes with a handlebar mustache. Then, during a paranormal hunt in 1997, “disembodied voices and footsteps were heard, and a ghost hunter awoke to discover a dark shapeless materialization hovering over her.” Once she turned on her flashlight, however, said materialization vanished.

At Mills Cemetery in Garland, there’s a mass grave for the Smiley family, who all died on May 9, 1927, under murky circumstances. While one version of the tale mentions a tornado, another suggests the father murdered his family before killing himself. It’s said that if you lie down on the grave after midnight on Halloween, you’ll feel pressure on your body as the ghost of the family patriarch attempts to drag you six feet under to join him.

Miss Molly’s in Fort Worth started out as a boarding house in 1910, then became a speakeasy and bordello in the 1930s and ’40s — those are three of the most haunted types of venues out there, so it’s no surprise that there have been reports of hauntings on the premises ever since. As the hotel’s delightfully Geocities-looking website explains, some of the spotted sights include apparitions of deceased working girls, toilets flushing on their own and “a variety of unidentified but entertaining sounds.” Entertaining is certainly a creative way to put it!

High turnover at a building isn’t necessarily uncommon in a competitive Metroplex like ours. The Jett Building went through four restaurant tenants in a six year period, one owner claiming “it was the ghosts!”. Back when the tex-mex joint La Cocina occupied the haunted space, several employees quit after claiming to witness paranormal activity. Currently, the building is host to a Jamba Juice. Apparently, ghosts don’t take much issue with smoothies, as Jamba has called the building home much longer than many other previous tenants.

These days, the Stemmons Towers are just another piece of property available to the highest bidder, but back in the 1980s it was seemingly a hotbed of devilish antics. Three hooded figures would be spotted circling the fountain between the two buildings. Not only that, but after dark, they would perform devil-worshipping rituals, dance a hearty hellfire jig around the fountain and spout flames. Pretty fucking metal.

Old-school members-only fraternal organizations like Masonic Lodges are creepy enough as is, but Plano’s goes above and beyond when you factor in the presence of ghosts. In the book “Haunted, Plano Texas,” writer Mary Jacobs shares accounts of heavy footsteps not connected to a human presence, doors closing on their own and the classic signs of ghostliness. Once, late one evening, a master at the lodge heard the sound of a little girl laughing. This unexplained happening rattled him so much that he refused to enter the building alone after dark again.

The Fort Worth tavern’s website boasts how the saloon was host to a gunfight between original owner Luke Short and Fort Worth sheriff “Longhair” Jim Courtright. As it turns out, that wasn’t the only grisly event to take place at the bar’s original location. Three violent deaths took place in the building’s basement in the late 1800s, stemming from fights over bar games like pool. Employees have said they noticed objects moving on their own, possibly handled by the spirits. Ghosts just don’t believe in last call.

Oak Cliff’s Coombs Creek Trail can be pretty — pretty eerie, that is. A young girl riding her bike is sometimes spotted late at night before vanishing into thin air. This is supposedly the spirit of a girl who drowned in Coombs Creek.

According to legend, in the early 1970s a girl named Elizabeth climbed up to the school’s roof through the theatre before jumping to her death. Since then, she’s been said to haunt and taunt generations of the school’s young thespians, misplacing props and flickering lights on and off.

Once upon a time after a high school football game, a bunch of rowdy teens crammed themselves into a single car, crossed the bridge over the Trinity River, and ended up colliding into another car, just before both cars burst into flames. According to the book “Haunted Texas,” people who have stood on the bridge and peered into the river ended up seeing both the date of the crash and the names of the deceased glowing in the water.

With many of these stories, the building owners are scared shitless of the spectres haunting their property. The folks at Arlington Music Hall have a much more amicable relationship with their alleged ghost. The owner even has a name for the spirit: Fred. The ghost has been credited for a variety of strange events, including sounds onstage from an invisible being and lights coming back on after being completely shut off. In a way, AMH has stumbled upon the best-case scenario for a haunting.

In 1862, William Brown Miller and his wife Minerva built the ostentatious Millermore Mansion. Although Minerva passed away before the mansion was finished, it appears as though she eventually got to live there in perpetuity. The upstairs bedroom window will occasionally reveal the figure of a woman, and voices have been heard coming from the home’s nursery.

Before becoming the dance club staple it is today, the Lizard Lounge was once the Grand Crystal Playhouse theater, a venue often beset by strange paranormal activity. In Michael Whittington’s “Ghosts of North Texas” book, he interviewed an actress at the theatre who was in her dressing room when, suddenly, an unplugged hair dryer levitated and flung itself across the room at her head. The spirit must’ve wanted her to break a leg and then some. In the venue’s current state, potential ghosts haven’t been nearly as aggressive, preferring to lurk as a shadowy masculine silhouette by the stairs. An interviewee in Whittington’s book said of the ghost: “I feel that he likes the atmosphere, and likes to watch or enjoy it somehow.” Who knew that even ghosts enjoy a good bass drop now and then.

For the Adolphus Hotel in Downtown Dallas, the question is less “are there ghosts here,” and more “how many ghosts are here?” There have been several reported gruesome deaths within the hotel’s walls, from a waiter falling down the elevator shaft to a jilted bride who took her own life. Guests and staff have even reported hearing the bride’s sobs, in addition to witnessing windows suddenly shoot open. It probably doesn’t help that the hotel’s lobby looks exactly like what you think a haunted hotel would look like.