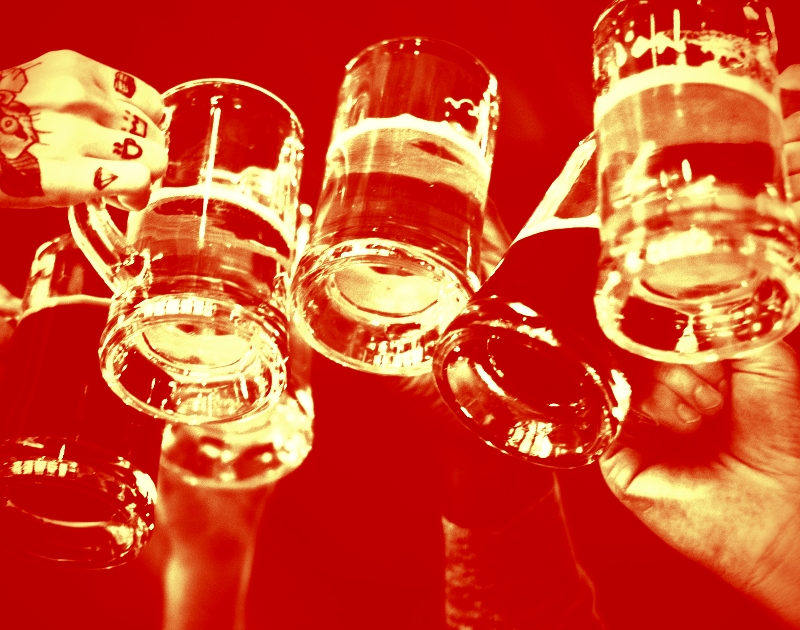 A Month-By-Month Look At How Much Money Was Spent On Booze At Bars, Clubs, Venues, Restaurants And Hotels In Dallas Proper Throughout 2018.

Folks in Dallas spent more than $881 million on booze in Dallas bars and restaurants in 2018. That’s a lot! But how does it stack up to previous years — or other Texas cities — for that matter? Well, let’s take a closer look.

Breaking things down a little further, here’s a month-by-month look at how much money was spent on booze in Dallas bars, clubs, venues, hotels and restaurants this year.

That comes out to a roughly $70.5 million-per-month average. Here’s what those numbers look like in graph form, overlaid on top of figures from the previous three years as well. 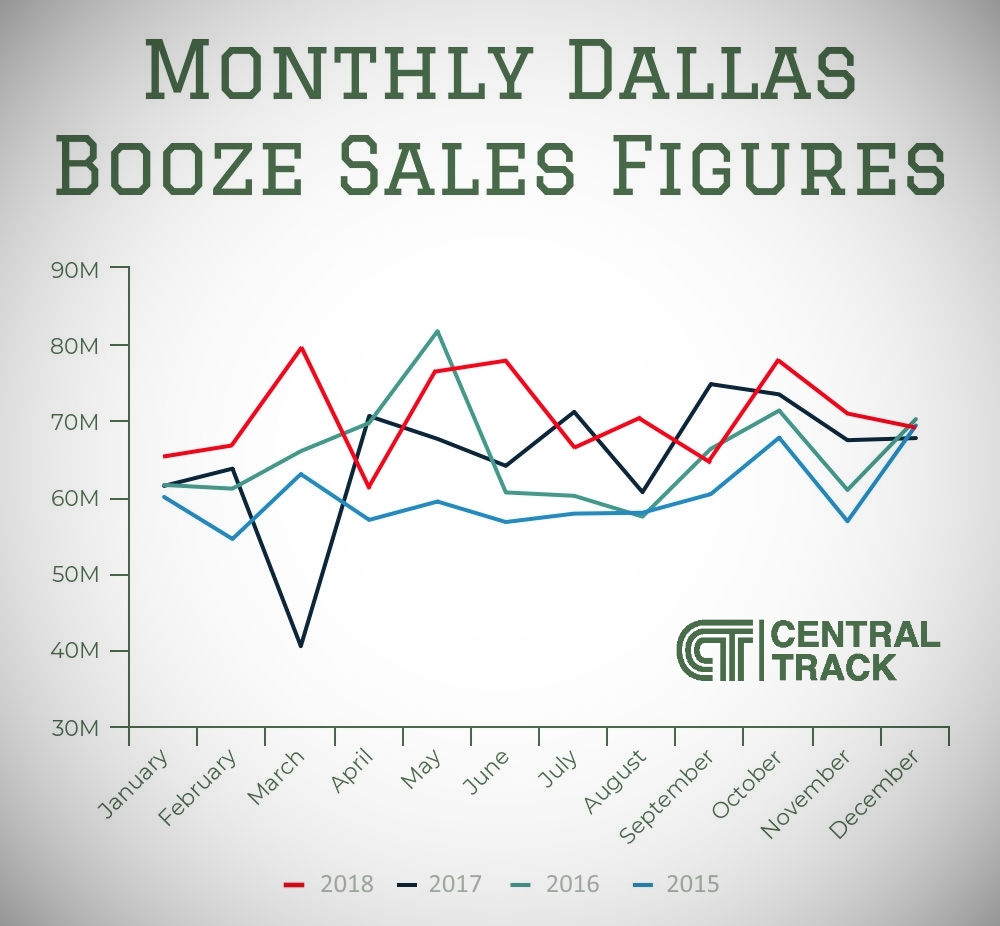 So: Where did all those dollars go? Well, mostly to Bottled Blonde and its attached sister bar The Backyard, which share a liquor license. The Deep Ellum mega-bar raked in $14,434,353 in booze sales this year. In March alone, they took in $1,566,593, representing the best single month of any bar in town. By comparison, the American Airlines Center did $9,990,431 in alcohol sales in all of 2018.

Speaking of the best months, let’s break those figures down some more, splitting up the liquor, wine and beer sales. Bottled Blonde was the big winner here, too, boasting the best single month of beer sales (in March with $684,006) and liquor (in December with $862,452). Upscale eatery Nick & Sam’s did manage to outdo them in the wine department, however, pouring $475,428 worth of bottles in December.

But how does Dallas’ booze consumption compare to other cities? Turns out that info is easy to find as well. Here are the top five Texas cities based on total dollars spent on alcohol in 2018.

Here’s what the city-by-city spending looks like in bar graph form: 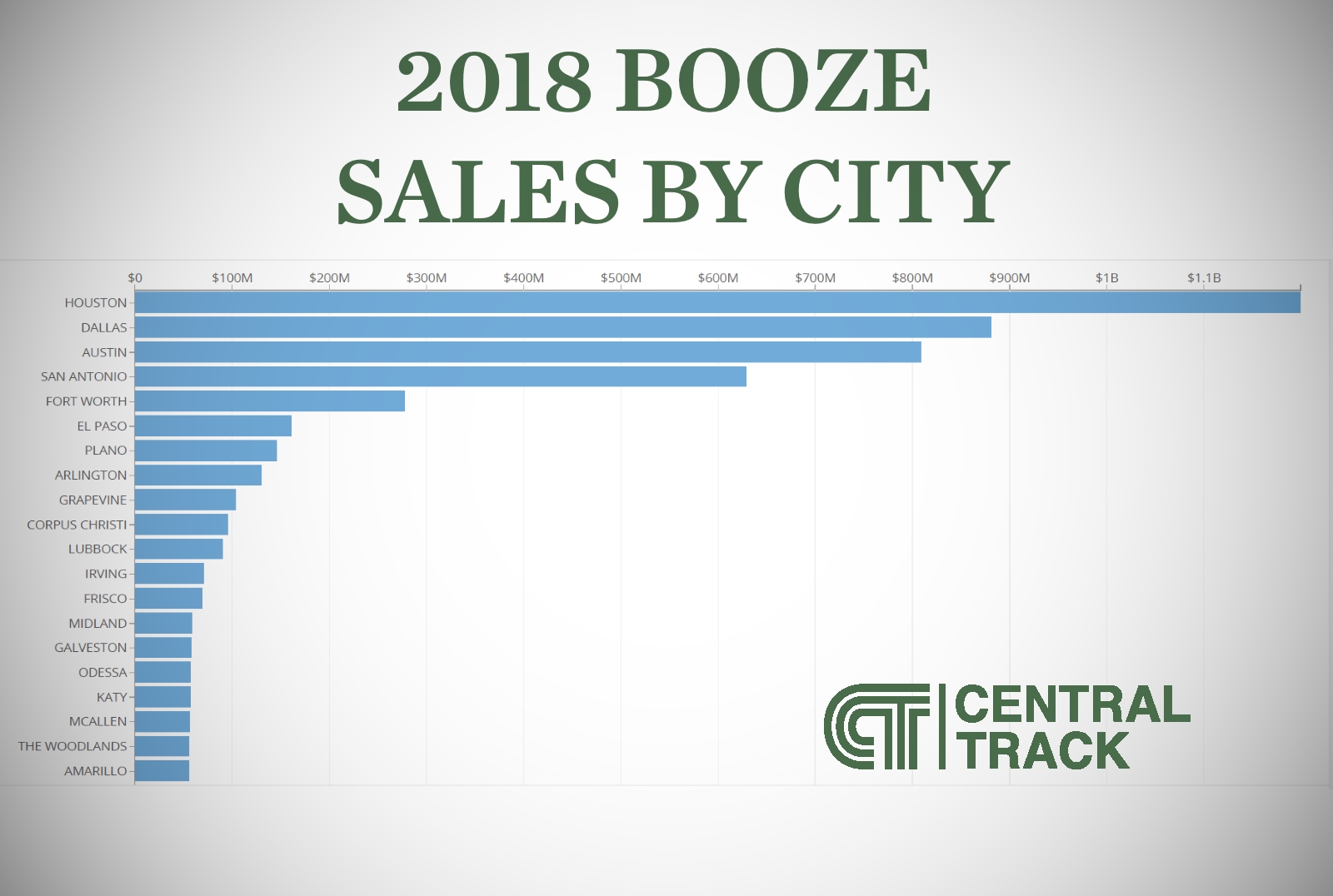 While it looks like Houston has us smoked, one must also consider the population difference. If you divide Houston’s $1.2 billion annual booze total by its 2.2 million population, that comes out to $545 that each Houstonite spends annually on booze. Doing the same with Dallas’ $881 million total and its 1.3 million population yields a whopping $677 that each Dallasite spends annually on booze.