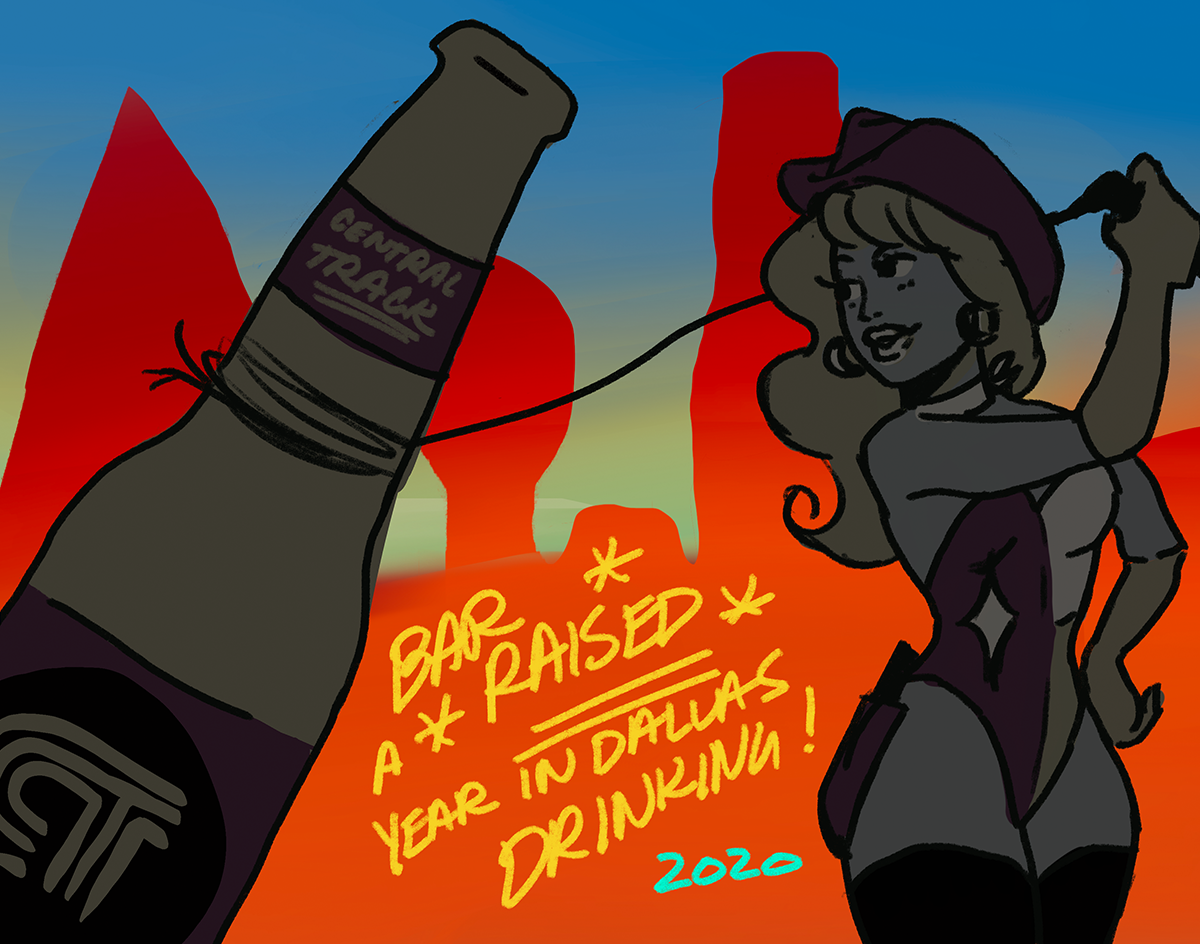 An In-Depth Look At How Much Money Was Spent On Booze At Bars, Clubs, Venues, Restaurants And Hotels In Dallas Proper Throughout 2020.

A little more than than $478 million was spent on alcohol in Dallas bars, clubs, venues, restaurants, convention centers and hotels in 2020.

This number is pretty bleak in comparison to 2019’s sales raking in of more than $923 million, which accounts for almost double what was spent this year. 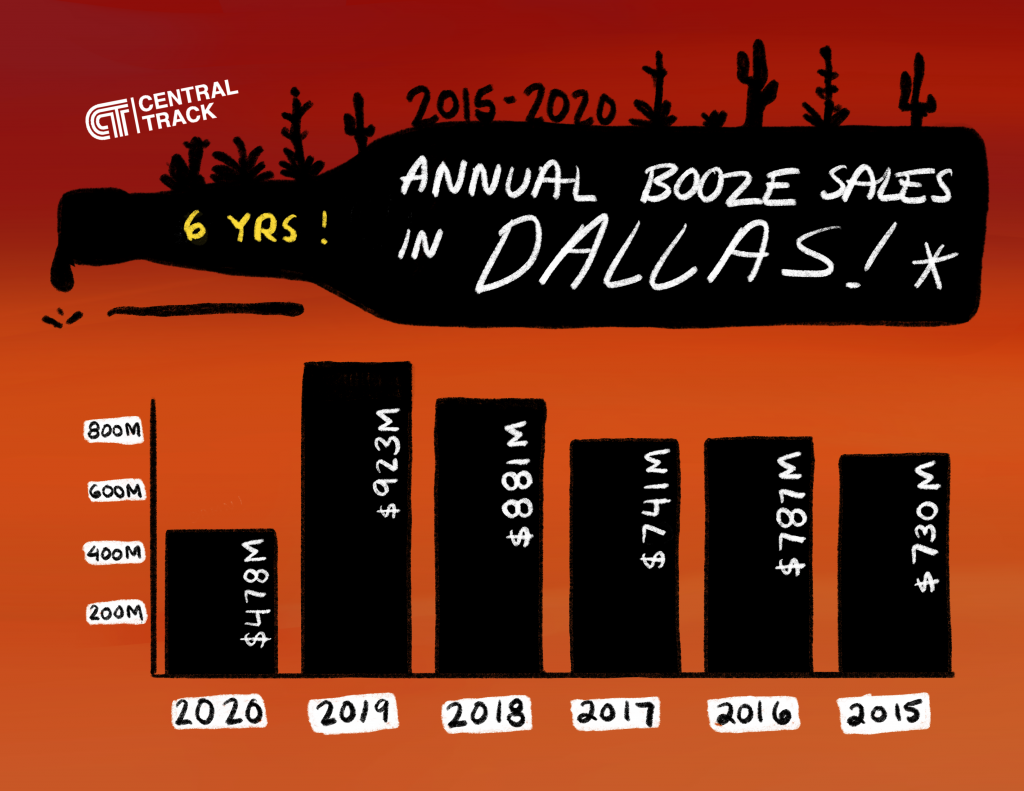 It’s important to note that 2020 was, of course, no ordinary year. Both locally and across the nation, the service industry in particular was locked in a stranglehold as we all navigated a global pandemic and its subsequent legal amendments.

As a reminder, here are some important dates that altered this landscape: 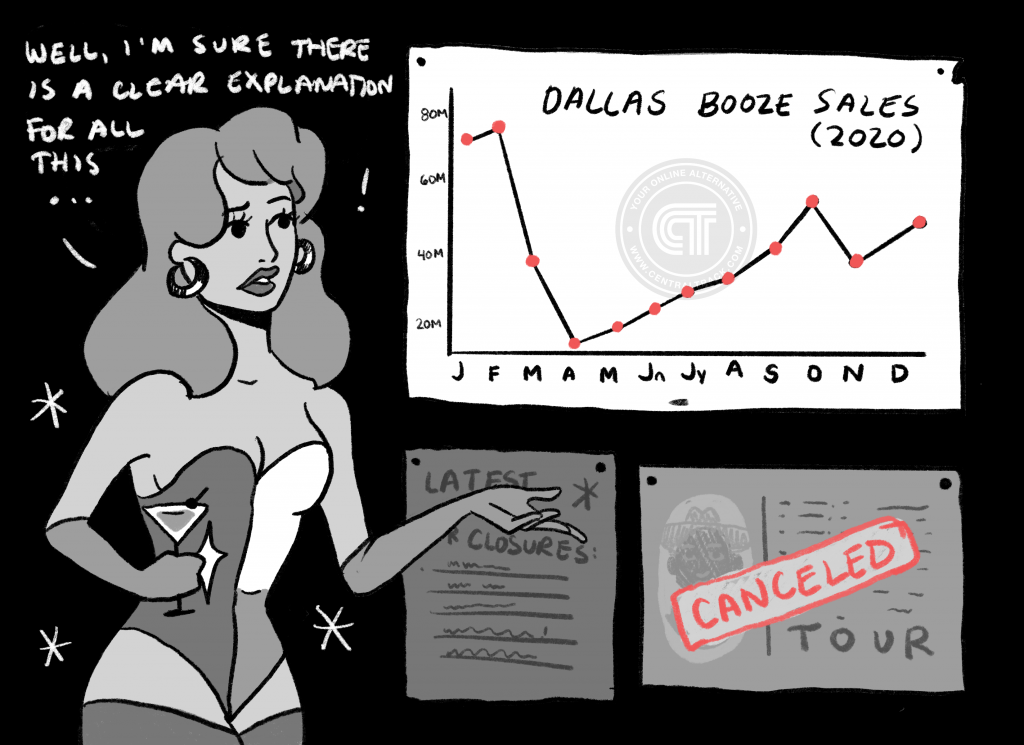 Let’s now look at how this year’s numbers break down on a month-by-month basis (feel free to click each month’s link to see a breakdown of the top 20 alcohol-selling entities across the city each month):

The year began with a strong lead, retaining the high it was riding from 2019’s very successful numbers — the highest Dallas booze sales year on record by our count.

Late March, of course, was when things started to take a turn for the worse due to the pandemic reaching the United States. Mass forced closures then drastically affected April’s numbers — the lowest recorded earnings in recent history thus far at $3.9 million.

As previously reported in August, more temperamental fall temperatures, along with the CDC’s announcement of outdoor patios being a safer option for restaurant diners, resulted in a (relatively) large upswing in sales that lasted throughout much of the the rest of the year.

It’s important to note that these trends were not far off from what occurred elsewhere in the state. Here’s what month-to-month booze sales of Dallas and four other major cities in Texas looked like throughout the year. 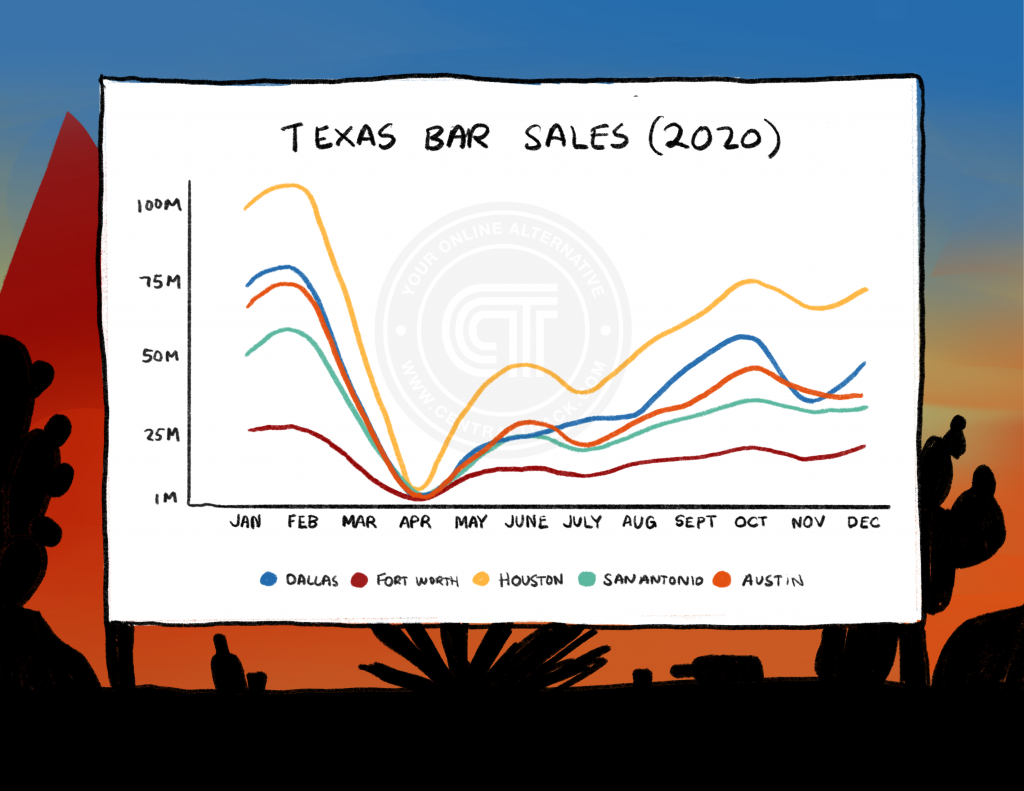 Unsurprisingly, Houston has retained its spot as Texas’s top booziest city in 2020, with its beefed-up numbers maintaining even during a rocky year.

For a more a more detailed view, here’s a spreadsheet featuring each city’s numbers by month.

Even during such a tumultuous year, it’s pretty wild that Texas’ major cities combined to spend more than $2 billion — yes, with a “b” — on booze.

But, hey, we’re Texans. Can you blame us? Our pride and livers are built for situations like these, withstood by our natural tenacity to keep fucking going — or, in this case, to keep fucking drinking.

Still: Here’s hoping that, as vaccinations become more widely available to the public and case counts continue to drop, 2021’s numbers bounce back in a big way.

We’ll drink to that, for sure.