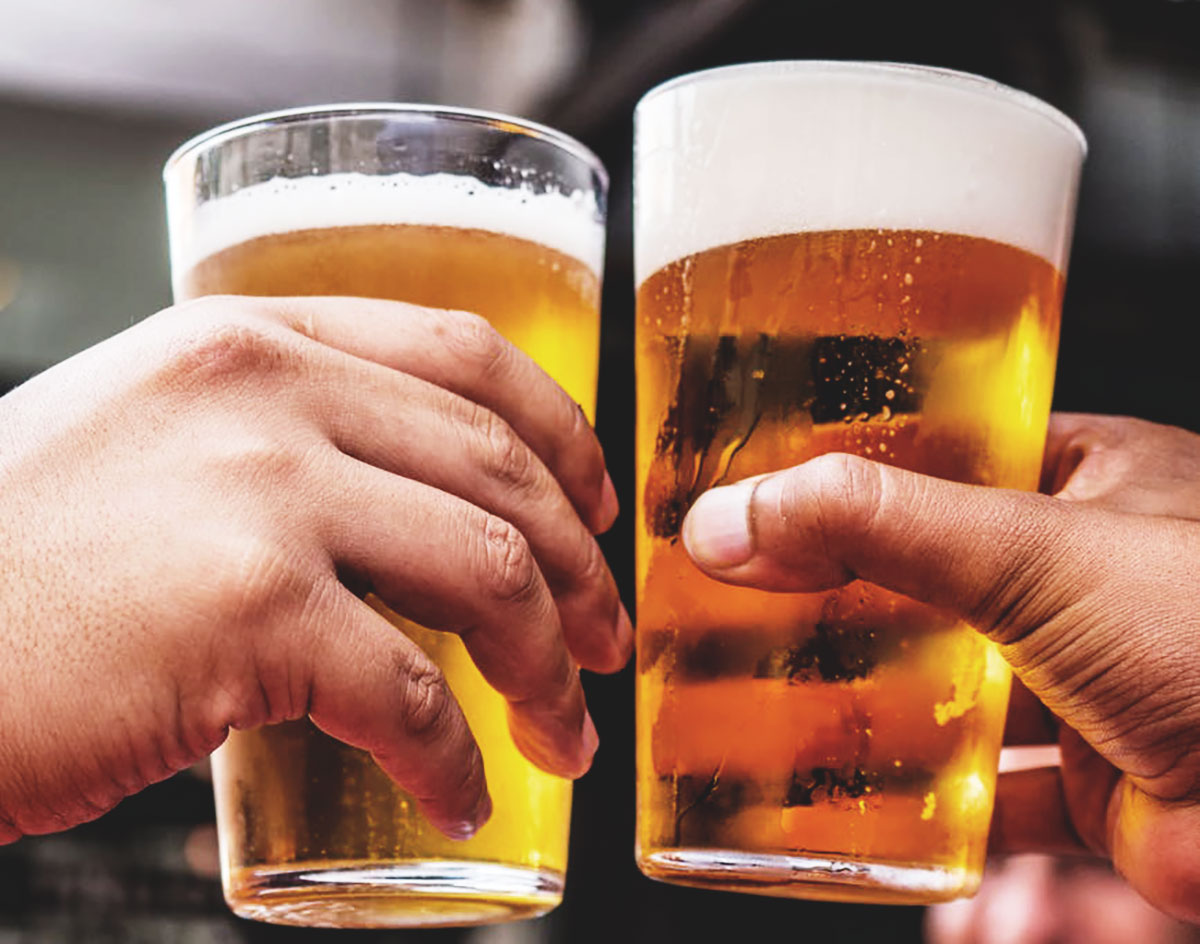 An In-Depth Look At How Much Money Was Spent On Booze At Bars, Clubs, Venues, Restaurants And Hotels In Dallas Proper Throughout 2019.

More than $923 million was spent on alcohol in Dallas bars, clubs, venues, restaurants, convention centers and hotels in 2019.

That’s a lot — and more than has ever been spent before within Dallas city limits on booze over the course of a calendar year. This year’s total of $923,753,798 spent is up more than $40 million from last year’s total:

That falls in line with the expected year-to-year growth we’ve within seen within city limits over the course of the last five years, since we started regularly tracking these figures, as the below graph bears out: 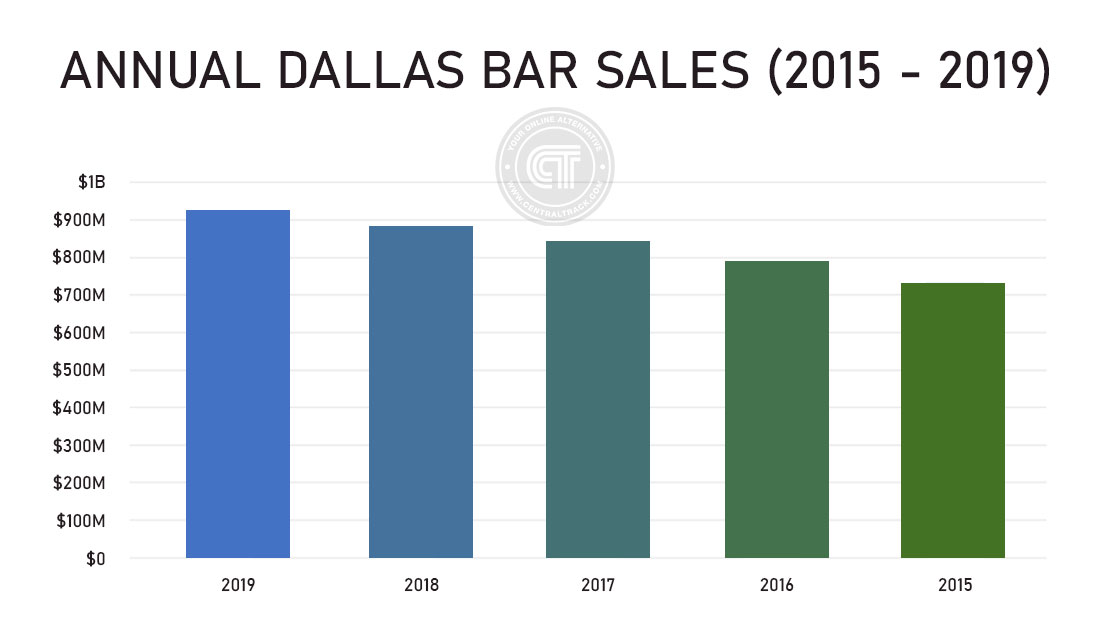 Here’s how this year’s numbers break down on a month by month basis (feel free to click each month’s link to see a breakdown of the top 20 alcohol-selling entities across the city each month):

Interestingly, all but four months out of 2019 represented record sales figures — over the course of the last five years, anyway — within city limits. As the below graph shows, while Dallas had high sales totals in March and May early on in the year, the city closed the year in a big way, which allowed it to surpass a $900 million total in alcohol sales over a year for the very first time: 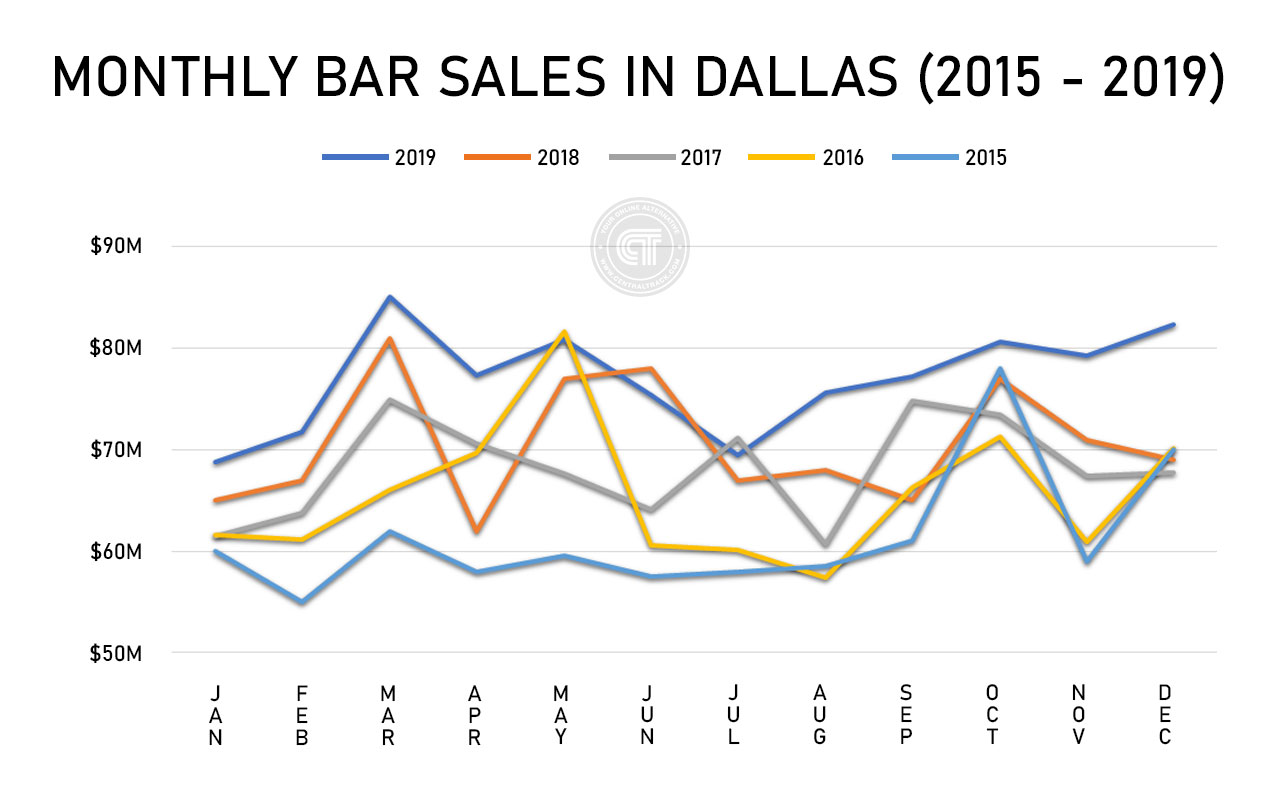 It’s worth noting that, much as Dallas enjoys its booze-fueled nightlife scene, it is not the top city in Texas when it comes to alcohol sales. Per annual tradition, that honor goes to our Gulf Coast friends down in Houston, who once again topped more than $1 billion in annual sale.

For good measure, here’s a to-the-dollar breakdown of the top-five alcohol-selling cities in Texas:

Before jumping to compare these numbers with Texas’ population rankings by city, note Dallas’ position ahead of the more populous San Antonio in the above rankings.

Futhermore, a few outliers on the below graph, which visualizes the top 30-ranked cities in the state by alcohol sales for 2019, further indicate that this isn’t just a re-purposed population density map: 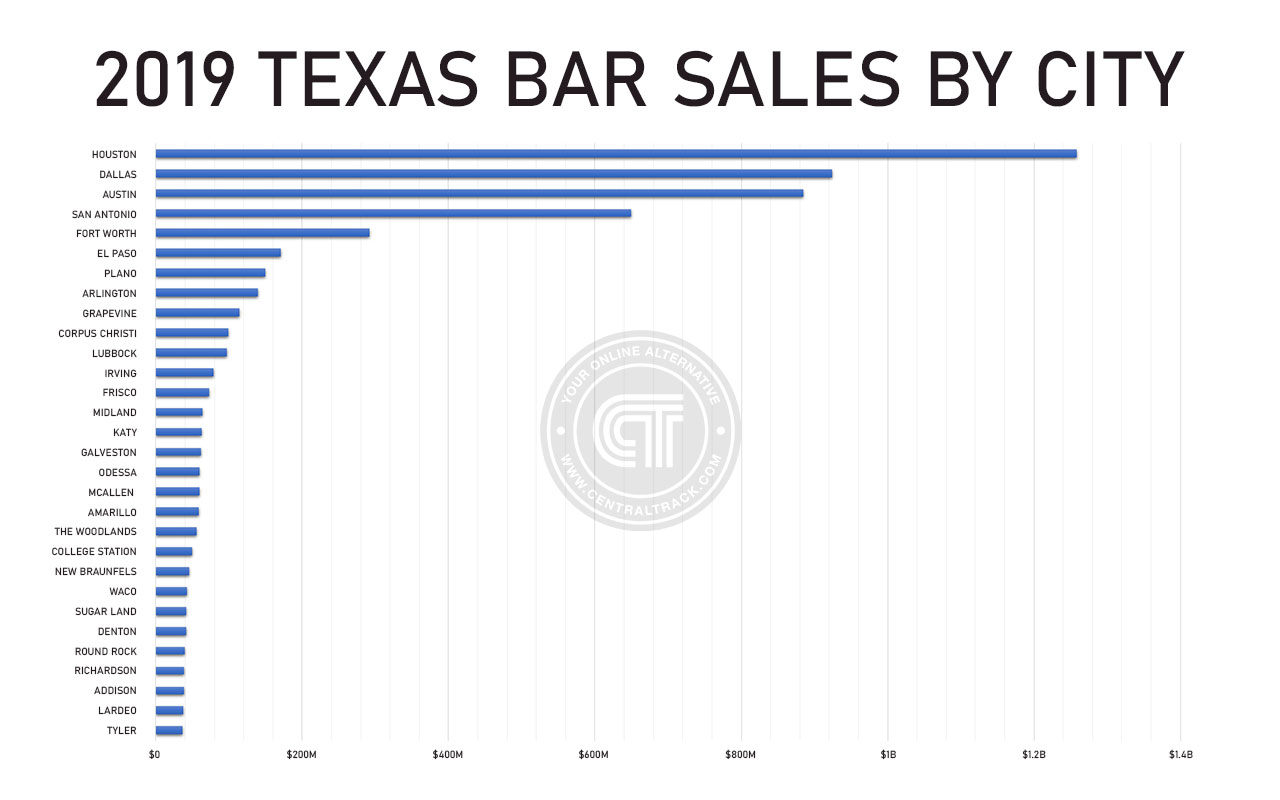 Most remarkably, note the position of Dallas’ Mid-Cities suburb Grapevine in the No. 9 position on these rankings — the result of high monthly numbers from the Gaylord Texan Resort & Conference Center. That establishment, which never dipped below $1.6 million in monthly alcohol sales for the year and topped off with a $2.4 million high-water mark, was responsible for Grapevine’s top 12 individual locations’ top sales months throughout 2019. With numbers like those, it perhaps shouldn’t come as a surprise to hear that Grapevine far and away checks in with 2019’s highest per capita alcohol sales in Texas at $2,117.35.

Per capita sales figures also reveal something else interesting: Though Dallas may lose out to Houston in overall sales, its per capita figure trounces Houston’s to the tune of $686.78 to $541.01.

That $686.78 figure, for what it’s worth, also places Dallas in the No. 3 overall position in statewide per capita alcohol sales rankings, behind only Grapevine’s aforementioned $2,117.35 and Austin’s $917.26.

And, should current trends continue, it’s possible the city could approach (if not top) $1 billion in alcohol sales in 2020. At the very least, we promise to keep on keeping tabs on the matter for you.

Now, after all that math, who needs a drink?