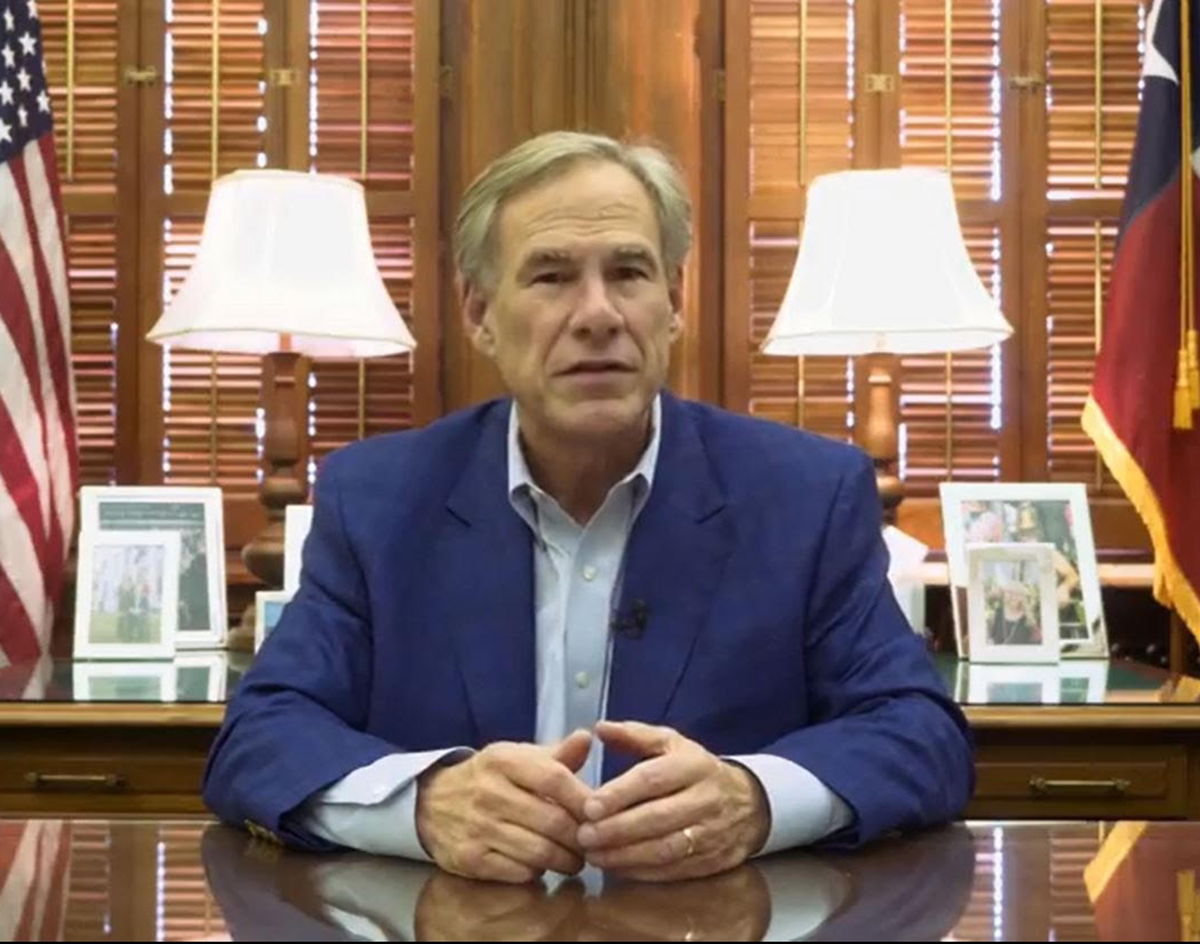 Gov. Greg Abbott Announces Bars Can Reopen To 50 Percent Capacity, A New French-Mediterranean Restaurant Is Set To Open In The W Hotel And More.

In breaking news, Gov. Greg Abbott announced Wednesday that beginning October 14, he is moving to allow the opening of bars to 50% capacity. ‪Interestingly, Abbott said county judges will have to opt into the new opening guidelines, so long as they abide by proper safety protocols. Additionally, all businesses that are currently operating at 50% percent capacity such as movie theaters, zoos, amusement parks and more can move up to 75% capacity. Full guidelines can be read here.

Real estate developer Bill Hutchinson confirmed via Instagram today that Miami-based French-Mediterranean bar and restaurant Villa Azur is coming to the W Hotel. The new concept has been confirmed to take over the Cook Hall restaurant in the lobby of the Victory Park hotel, though an official opening date hasn’t been announced yet. Be on the look out for more updates to come.

A new bar called Dahlia Bar & Bistro is taking over the former Ross and Hall space at 3300 Ross Ave. The menu boasts items like steamed mussels and seared scallops, among other slightly elevated dishes. But, if you’d rather just sit back and a glass of wine after work the bar offers an extensive wine list with 84 different blends.

After more than four decades, the no-nonsense East Dallas diner Barbec’s, known for its famous biscuits, closed after suffering a kitchen fire on Sunday, October 3. Fortunately, the fire occurred after business hours and o injuries were reported. A reopening date remains unknown.

El Fenix, the iconic Mexican restaurant on Lemmon Avenue shuttered after 60 years in its North Dallas location. As of now, 14 other locations of the restaurant remain open across North Texas.

Joining the list of temporary closures, Alamo Drafthouse announced that it again pausing business by temporarily closing all six DFW locations. In August, the movie theater chain announced it would join the ranks of other area movie theaters in reopening. The Texas-based chain attributed the temporary closures to a lack of new film releases due to the pandemic.

The ever growing forest fire of Nashville Hot Chicken in the DFW of late is getting a little hotter. Hattie B’s confirmed it is officially coming to Dallas. The Nashville-based restaurant chain is set to open a location in the summer of 2021 at 3000 Main St. in Deep Ellum. The chicken giant will call home to the old Leather Masters space across from Allgood Cafe.

Even amid ongoing closures, several concepts are holding openings and reopenings in North Texas. A new spot called Encino will open Friday, October 9 in the former Bolsa as the former’s co-owner and chef Matt Balke will debut his new menu. Dishes will be warm and familiar with options like the Ricotta Gnocchi and Turkey Leg confit.

And finally, there’s nothing wrong with going down south — in Mexico, that is. Xaman Cafe has debuted a new item on its menu: Oaxacan Shakshuka. Combining frequently used spices in both mediterranean and Mexican cuisine makes this a great comfort dish for the upcoming fall weather.

Feeling a bit more adventurous? Head down to Las Almas Rotas to get a taste of the El Alebrije cocktail made with mezcal, fig liqueur, damiana, citrus and bitters. “Alebrije” refers to a colorful, often wooden sculpture depicting fantastical animals in Mexican folklore. This drink comes out just in time for Dia de los Muertos.

Mexican food ebbs and flows between different regions but if meatless meals are more of your thing, check out the newest ghost kitchen Rellenas. Noteworthy menu items include vegan birria tacos and even birria ramen made with jackfruit, cilantro and lime.

Got a tip for The Spread? Email [email protected]