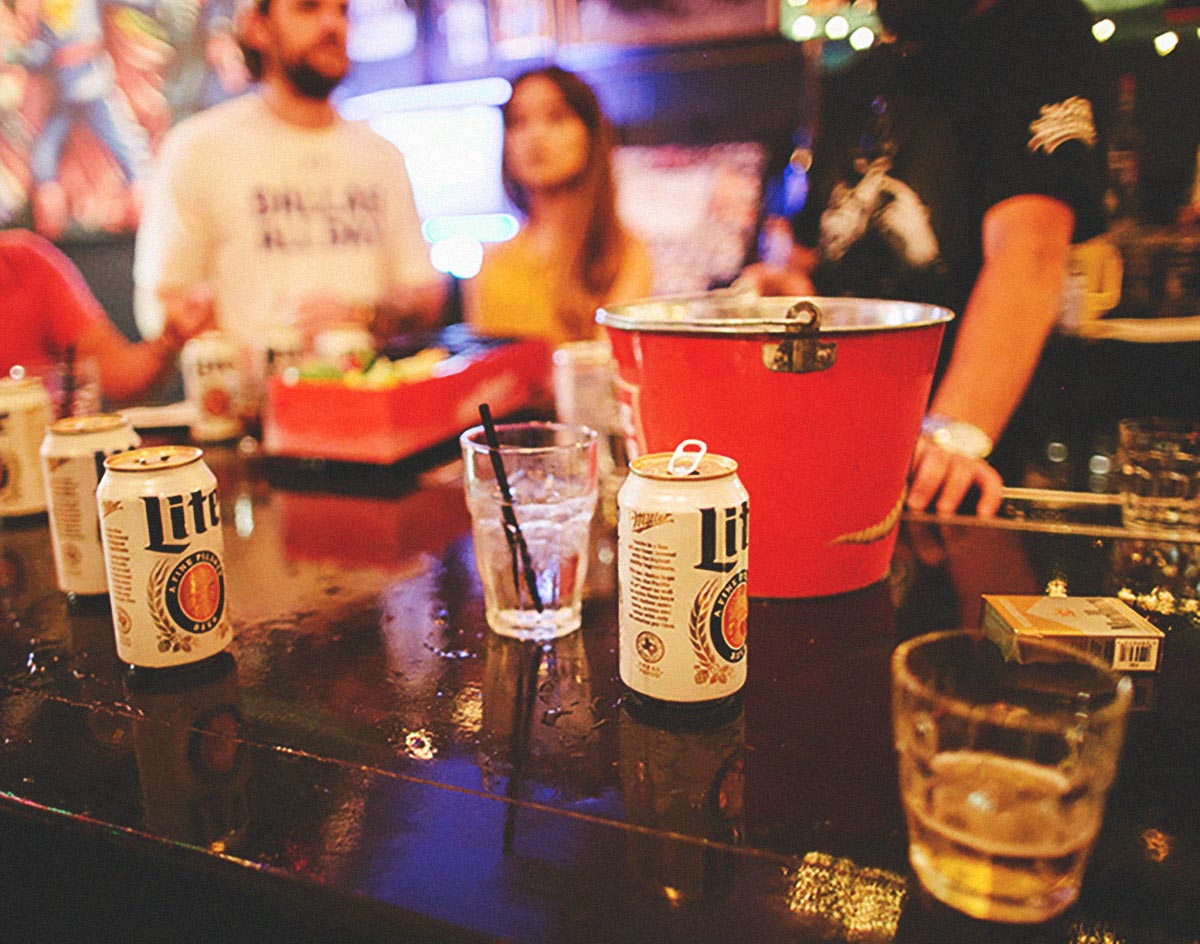 Two North Texas bars are among six bars statewide that have had their liquor licenses suspended for 30 days after inspections from Texas Alcohol & Beverage Commission found them failing to adhere to the state mandated COVID-19 regulations. As a result, Fort Worth’s Ampersand and Dallas’ The Whippersnapper will have to wait until at least November to reopen their doors.

The Whippersnapper’s case is especially notable, as its ownership group was among many statewide bar owners suing Texas Gov. Greg Abbott for unfairly targeting their industry with his coronavirus-related business shutdowns earlier this summer. Even with Abbott reopening bars across the state earlier this summer, the playful Whippersnapper doesn’t seem to be able to catch a break these days. (In their defense, Dallas County Judge Clay Jenkins‘ decision not to opt into Abbott’s latest reopening plan probably didn’t help matters much.)

Much as the Whippersnapper’s owners have maintained that their opposition to Abbott’s mandates was never politically motivated, kind of everything feels that way these days, doesn’t it?

Dallas restaurateur Shannon Wynne, for better or wore, is leaning into all that political fervor — which, to be fair, he kind of always has. Last week, his Flying Saucer franchises came under fire over the fact that their election-year tradition of selling cups featuring each party’s presidential candidate featured a cup mocking Joe Biden‘s stutter this year. But a little controversy won’t stop Wynne, it seems: This week, his Rodeo Goat concept announced its own foray into partisan food orders: Starting October 20, and running through November 3, all Rodeo Goat locations will be offering diners their choice of $14 burgers themed for each major party candidate. The “Biden Burger” features a blue crab cake, a beef tenderloin patty, arugula, beefsteak tomato, red onion, Joe’s crabby sauce and lemon-almond aioli, whereas “The McDonald” boasts two all-beef patties, Russian sauce, lettuce, American cheese, pickles & onions on a sesame seed bun.

Though Biden might not approach of any of the above, he’s sure to enjoy this news: The Ohio-based Jeni’s Splendid Ice Cream, which the Biden campaign has somehow spent more than $10,000 on over the course of his presidential run, has revealed that it’s going to be opening up a Deep Ellum location in the near future at 2649 Main Street. No word yet on an exact opening date, though.

Speaking of surprising team-ups: Pizza Leila, a Sicilian pizza concept by Sloane’s Corner, has announced an exciting charitable partnership with José on Lovers executive chef AQ Pittman that’s only available for a limited time through the rest of October. The collaboration’s Queso Fundido pizza is a twist on a classic José dish featuring a creamy garlic sauce, shredded Oaxaca cheese, chorizo, poblano raja and mixed mushrooms. Better yet, 10 percent of all sales on the limited-time dish will be donated to the American Parkinson’s Disease Association, a nonprofit organization close to Pittman’s heart. Keep an eye out for more news along these lines down the road too, as Pizza Leila plans to continue to offer specialty pizzas with local chefs benefitting the guest chef’s choice of non-profit for some time to come.

That’s not the only collaboration worthy of being on your radar, either — especially if you’re into the idea of traveling without really traveling. Throughout the rest of October and into November, Bourbon & Banter will host Rosario by El Cantinero, a pop-up bar by two Peruvian mixologist brothers who are paying homage to South American craft cocktails, cuisine and loving mothers. Head here for the dates of operation and other details.

Speaking of no longer having to travel: The Dallas location of the revered Fort Worth-based barbecue joint Heim BBQ is finally gearing up to open. Located in the former Mockingbird Diner home near Love Field, the new spot will open its doors to the public on Thursday, October 22, with a grand opening bash slated for October 28.

Meanwhile, Highland Park is slated to be getting Texas’ first location of the Chicago-based Fairgrounds Coffee & Tea in 2021. Beyond traditional coffees, the anticipated café will also offer a large selection of teas, kombuchas, and cold brews on tap — along with small bites.

And that’s not all: Just across the Margaret Hunt Hill Bridge, Trinity Groves is welcoming two new concepts to its restaurant incubator space: Hula Girl Poke will jump on Dallas poke trend about two years after it exploded, and LB Wings will serve up chicken wings and tenders by the pound.

Fort Worth, at least, is about to be getting something completely new: Cowtown’s adored Best Maid Pickles brand is opening up a museum-meets-retail-and-merch-space in the Near Southside neighborhood on on Friday, October 23:

Credit where it’s due: Best Maid’s been up to some interesting stuff lately! Take, for instance, its ongoing collaborations with its fellow Fort Worth-based Martin House Brewing Company. Late last month, the companies announced teaming up for a new Bloody Mary Pickle Beer.

You really never know where you’ll find supportive friends, do you? Could be anywhere — even on the toxic hellscape that is Twitter. That was the case for Dallas’ Turkey Leg Paradise earlier this week, anyway, as NFL Hall of Famer and Fox Sports commentator Shannon Sharpe went viral for publicly slobbering over the Cedars restaurant’s fall-off-the-bone offerings.

Where is this place https://t.co/0vQtHh3TRU

Cover photo of The Whippersnapper by Ashley Gongora. Did we miss a spot on The Spread? Email us!