White Noise: St. Vincent Has A New LP On The Way. 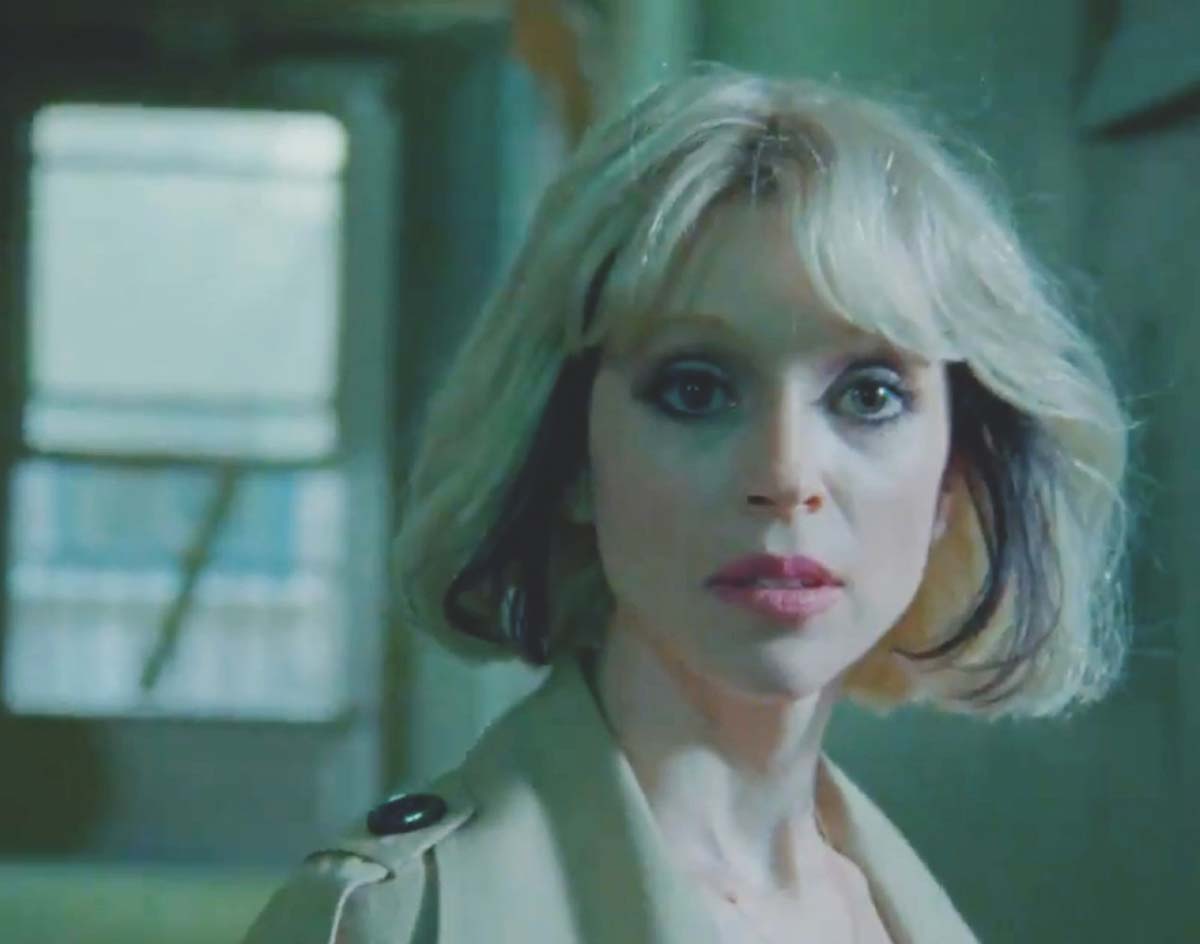 The coronavirus pandemic has sadly made for an especially tragic 12 months in terms of death in America. But, optimistic as some Texas leaders may be about changes coming on the horizon, death always remains an unavoidable fact of life.

This week in particular, North Texas lost a few of its cultural mainstays to the next plane.

On Saturday morning, Frisco police announced that they’d found the famed 97.1-FM The Eagle radio personality Russ Martin dead in his home within the north Dallas suburb after responding to a wellness check request called in by a concerned friend. One of the region’s longest running “shock jocks,” Martin was equally loved and hated by listeners and colleagues alike, many of whom he often bullied on-air. But those misdeeds were often offset by his notable charitable contributions to the community.

Police have not released the cause of Martin’s death at this time, but foul play is not suspected. He was 60 years old.

Just a few days earlier, the Deep Ellum community was rocked by the news that the neighborhood’s beloved “Cotton Candy Man” born Leobardo Torres Sanchez has also passed. Torres Sanchez, 59, was found dead in his home on February 23. No cause of death has yet been announced, but police reports note that officers found Torres Sanchez sitting in an armchair under blankets and next two two heaters that had stopped working because of the power outages that occurred in the wake of Winter Storm Uri. Long a familiar presence among Dallas’ nightlife regulars, Torres Sanchez’s fare was always a welcome sight for anyone with the drunk-munchies and a sweet tooth. After a successful GoFundMe campaign, the Dallas Morning News reports that his body will be repatriated to his family in Mexico City.

Dallas’ iconic Lizard Lounge, meanwhile, is getting kicked while its down. One of the first pandemic-related business casualties in the region, disturbing video that surfaced in the wake of Winter Storm Uri showed water gushing down the two-story brick façade of the shuttered Swiss Avenue establishment, presumably the result of burst pipes inside.

Other venues did what they could to help those suffering during the storm. Fort Worth’s The Rail Club, for instance, acted as a warming center for many without power, as well as a makeshift volunteer coalition for collecting and delivering supplies to those in need.

“We just decided we have a room, we have power, we have heat and we have running water — let’s do this” owner Chris Polone told the Dallas Observer.

Also doing double-duty of late was the Dallas-born pop singer Nick Jonas, who both hosted and served as the musical guest on this past weekend’s episode of Saturday Night Live. In addition to performing two new songs off his March 12-due third solo LP, Spaceman, Jonas additionally sang in a number of the show’s skits — notably in one send-up of modern society’s obsession with true crime TV and also in the below-embedded clip that lampoon’s the awkward tradition of strippers performing at bachelor parties.

Also trying something new? The Arlington metal heroes of Pantera, who will celebrate the release of their November-announced beer collaboration — called Pantera Golden Ale — with the Dallas-based Texas Ale Project brewery this weekend with a socially distanced event at the brewery that will feature band members video-conferencing into the affair.

Dallas-sprung art-rocker St. Vincent, meanwhile, also has something new up her sleeve: In an interview with Stereogum, she described her forthcoming Daddy’s Home LP as “the sound of being down and out Downtown in New York, 1973” and also as “glamour that hasn’t slept for three days.” Considering her history as a filmmaker and visual provocateur, the performer also dropped today a visual teaser for the album to her social media channels.

Also utilizing social media in a big way this week was Dallas’ own Queen of Neo-Soul, Erykah Badu. In addition to celebrating her 50th birthday on Friday, Badu recently teamed up with the up-and-coming Houston artist (and former University of North Texas football player) Tobe Nwigwe for the Facebook Watch: Black History Month series Forward: The Future of Black History. In the just-under-15-minute video, Badu sports a custom-designed coat depicting the immortal Harriet Tubman, discusses the importance of staying woke and calls Nwigwe “the future of black music.”

Dallas-based Teenage Bottlerocket bassist and yoga teacher Miguel Chen also has an eye to the future after having caught and recovered from COVID-19. He’s just released his self-help book, I Wanna Be Well, as well as the audiobook version of his previous release The Death of You, with the help of Dang! Records, Green Door Recordings and Wisdom Publications. I Wanna Be Well tells the punker’s story of finding peace of mind, whereas The Death of You focuses on approaching death and grief from a compassionate stance in order to better understand it and to be less fearful of it. His band, meanwhile, is hosting its sixth annual birthday bash through a livestream event that will take place on March 27, 28 and 29, while serving as a memorial to late bandmate Brandon Calisle and a celebration of Brandon’s shared birthday with his twin brother, singer/guitarist Ray Carlisle.

In more punk news, Dallas punks Noogy recently announced plans to release a split with Millions of Dead Cops on Grimace Records. Each band has recorded two new tracks apiece for the release, due out March 3. In a statement released by the band, lead singer Andre Vorhis referenced fallen Noogy drummer Nick Helm, who died last April at the age of 24: “I wish Nick could be here for this cuz it meant just as much to him as it does to me, and MDC was a mentor for him as well. This is something we talked about for years and he put his heart and spirit into [the two songs on the split].”

Street punk band Dog Company has also teased a new album. The band spent the week posting pictures to social media of its members recording audio at the Crystal Clear Sound recording studio. There’s no date for the new material’s arrival just yet, but the band wrapped up tracking on February 27 and has already taken things into post-production.

Meanwhile, another Dallas musician has decided that enough is enough in regards to the opioid crisis: Ex-Blot Out frontman Zach Abrego launched a new non-profit Narcan distribution program called Punx Still Breathing. Narcan is the brand name and commonly used term for the opioid antagonist drug Naloxone. It can be used in an emergency to block and reverse the effects of opioids on their receptors in the brain.

“The Narcan is FREE of charge – it normally retails for about $120 a box from the pharmacy. If you can help with the shipping costs (usually 5 dollars) that would be great, but if you need narcan and do not have the money that is fine too, we will send it to you and cover the costs. We love all of you and want everyone to be safe,” Abrego said in a statement.

Moving on, Dallas melodic punk band Nonstarter launched a new YouTube channel and commemorated the occasion with the release of a lyric video for the song “A Reflection of Human Frailty”. The clip opens with a quote from Albert Einstein: “I cannot imagine a God who rewards and punishes the objects of his creation, whose purposes are modeled after our own… a god in short who is but a reflection of human frailty.” See what they did there?

The Vandoliers, meanwhile, got their picture in the Rolling Stone this week, as the iconic publication premiered the band’s new “Every Saturday Night” and its accompanying video. The visuals find the band in a pandemic-wary recording session, where lead Vando Joshua Fleming lays down his woes of taking every Saturday night before this unprecedented viral event for granted.

Meanwhile, Elle King and Miranda Lambert went ahead and released their duet that we alluded to the last time we checked in. The accompanying video to “Drunk (And I Don’t Wanna Go Home)” is set to the tune of a white wedding that definitely has the ’80s look. Still, a tad more Aqua Net couldn’t hurt.

Vanessa Peters also released a new song called “Crazy Maker” from her upcoming Modern Age release. That one will come out on Dallas’ Idol Records on April 23.

Daniel Markham also released a video for his new “Night Light” single, too. Also the title track on his upcoming album, the video is a catalogue of empty spaces, which Markham says always feel like home in the song.

Also, Dallas rapper ASHXS just dropped a NSFW video where he’s posted on a cross, showing off the good life — but YouTube won’t let us embed it because of age-restriction permissions. So head here to give it a deserved view.

And, instead, let’s end this week on a more wholesome note. Here’s a YouTuber reacting positively to a first-ever listen of the North Texas icons the Toadies‘ much-loved “I Come From The Water” single: