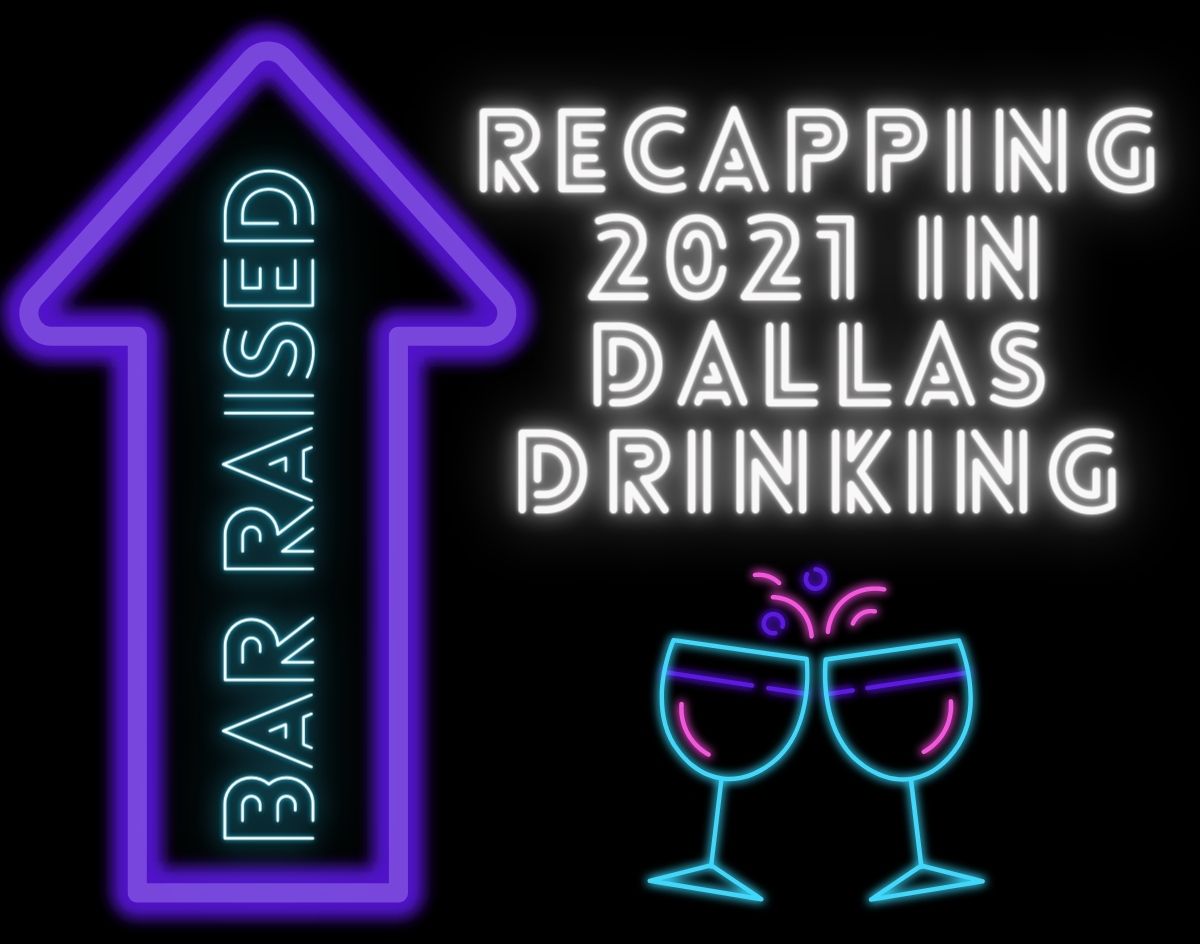 An In-Depth Look At How Much Money Was Spent On Booze At Bars, Clubs, Venues, Restaurants And Hotels In Dallas Proper Throughout 2021.

More than $931 million was spent on alcohol in Dallas bars, clubs, venues, restaurants, convention centers and hotels in 2021.

That absolutely blows 2020’s number of almost $479 million out of the water — in fact, it’s nearly double.

While it’s still ongoing, the state of the pandemic feels much more different in 2021 than in 2020. For those of us who are lucky enough to get this far without illness or loss, the years have kind of blended together and you don’t realize how much we’ve unfolded back towards a daily life that feels more “normal.” But numbers like these really put the whole experience into perspective and remind us that, wow, life really did come to a near-halt in 2020.

Basically, this past year saw twice the amount of business than the previous year — when it comes to alcohol, anyway. 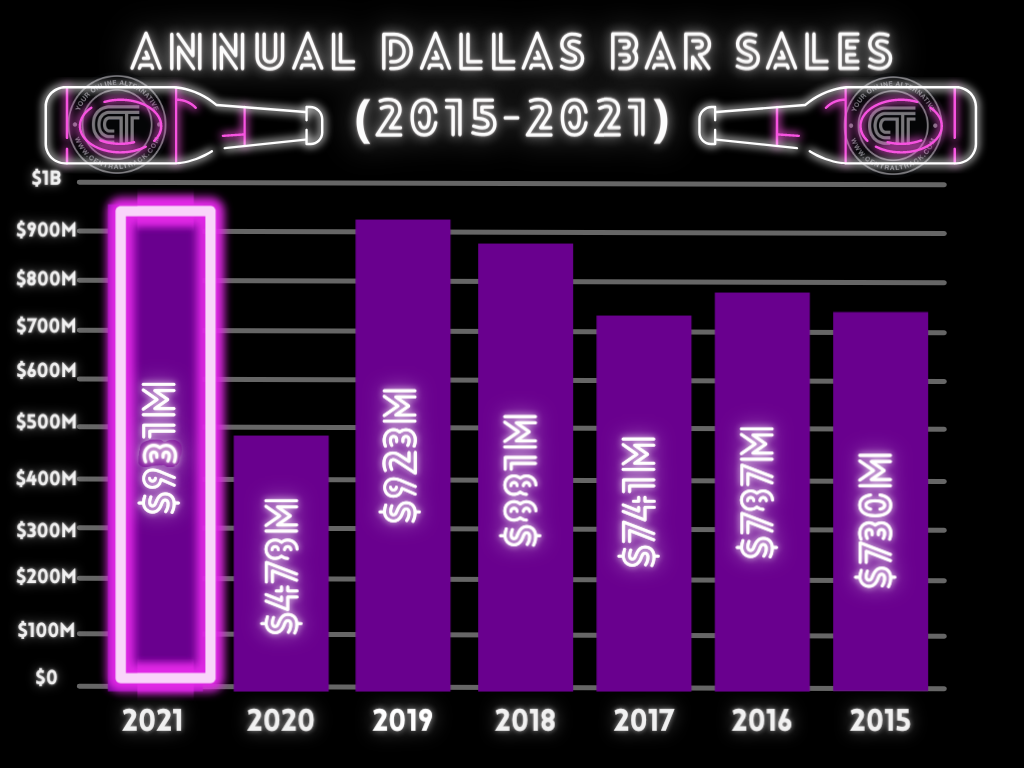 And when it comes to monthly sales:

The biggest jump happened from February to March, and it’s safe to say that was due to increased vaccination rates and Gov. Greg Abbott allowing bars and restaurants to return to 100 capacity once again. But also, March has historically always popped off. Except for 2017, but we think that was due to missing or incorrect data.

In May, Texas Legislature approved House Bill 1024, which allowed restaurants to sell alcohol to-go. We indeed saw a a bit of a increase between April and May, so that may have had something to do with it — though the numbers dipped back down and continued a gradual up-and-down for the rest of the year, so evidently, while a sweet law, didn’t really drive sales up like we thought it would.

The numbers peaked in October, which tends to be a big-spending month. We’re going to attribute that to Halloween and the State Fair. In fact, this October we saw the highest monthly sales of any year ever. While the year total is just barely under 2019’s, October 2021 is going to be the month to beat going forward. 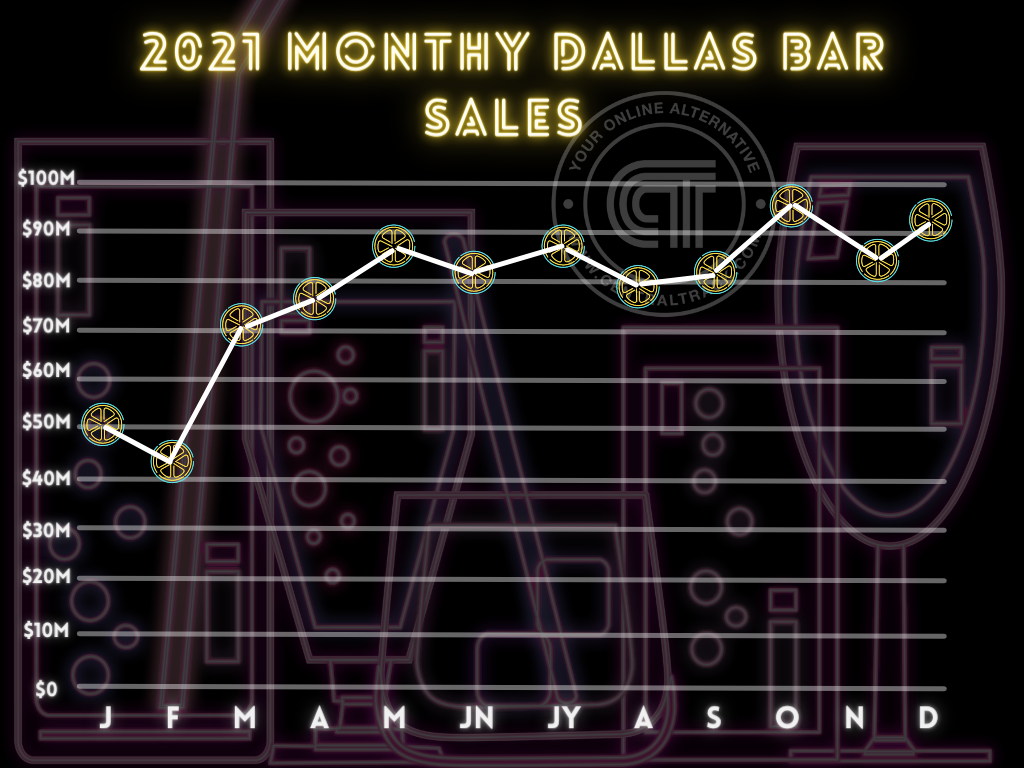 And here’s how Dallas measures up to four other major Texas cities. 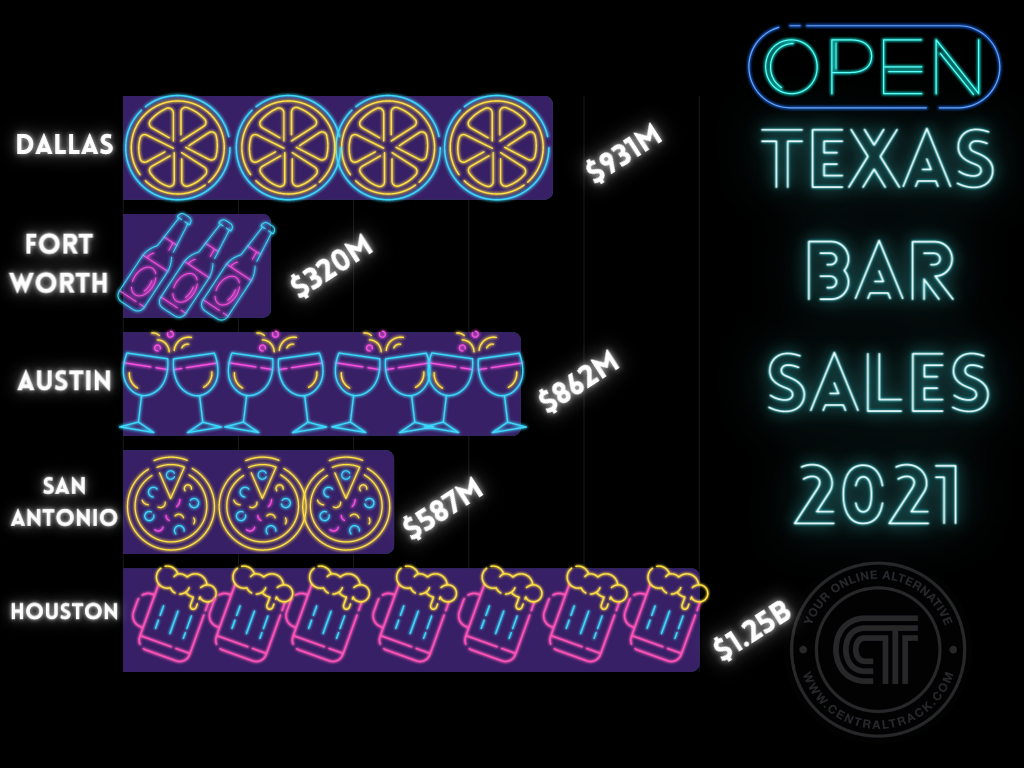 Houston stays topping a billion (except for 2020) and while we’re right on the cusp of that threshold, it’ll take a few more years to get there. We predicted back in 2019 that we’d top a bil in 2020, but you know how things went.

It’s always interesting to analyze Dallas through the lens of alcohol sales (beer goggles?) especially when a pandemic throws a wrench into things.

Let’s go ahead and manifest that no other world health crises happen this coming year and that businesses, and our wellbeing, can keep alive and well.

Cheers to that, and cheers to Dallas.