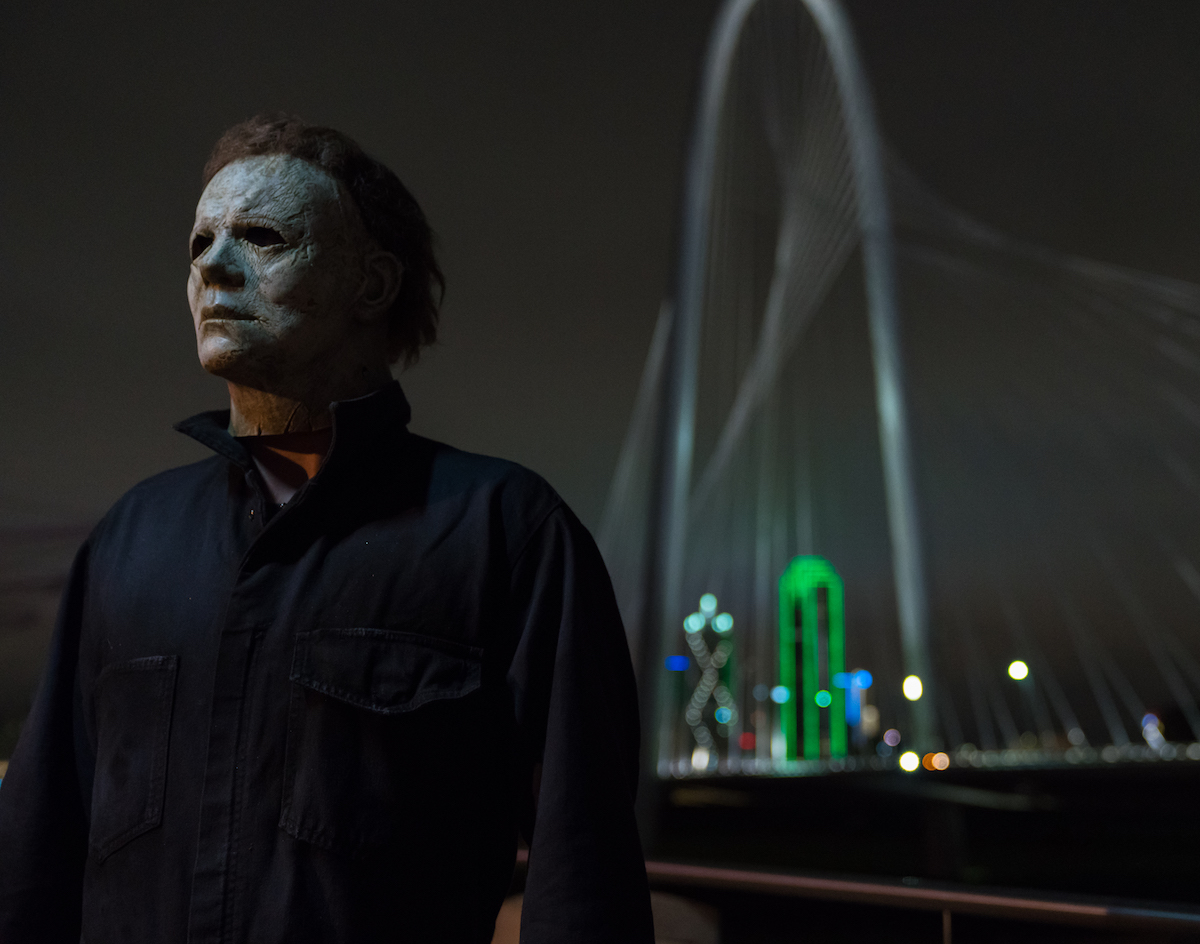 If You’re Still Looking For Ideas, Here Are Eight Dallas- Or Texas-Tied, Easy-To-Execute Halloween Costumes That Honor The Wild Year We’ve Had So Far.

With Halloween right around the corner, you may be scrambling for ways to celebrate. Luckily, we’ve got you covered.

First of all, we cherry-picked the best spooky festivities around Dallas for a special edition of our Things To Do suggestions earlier this week. But what if you’ve found a frighteningly fun event to go to and don’t have a costume? Well, don’t sweat it. We got you there, too.

Instead of the typical costumes you’d expect to see, we’ve decided to turn to our great city for inspiration — because the scariest things are sometimes right in your backyard.

With that in mind, here are eight costume ideas that just scream Dallas.

The benefit of this costume is that there are so many ways to do it! No matter who you choose as your source of inspiration, people will know that you’re a dangerous, right-winged creature. Go iconic with a horned, furry helmet and no shirt. Or take the subtle route and dress like one of those neighbors you avoid eye contact with when you’re both taking out the trash.

Hey, not all Halloween costumes have to be scary! They can also be powerful, inspiring and completely badass — just like our 21-year-old hometown hero Sha’Carri Richardson. We were inspired by her tenacity and unapologetic conviction, and we fully believe she’s deserving of being paid homage this Halloween in Dallas.

Were you inspired by this billionaire’s field trip to the edge of space from Texas land earlier this year? Neither were we! But, between the suspiciously shaped rocket and the fact that the Federal Aviation Administration had to knock Bezos down a peg by literally changing the definition of “astronaut” in the wake of his adventure, the image of a suited-up Bezos has become kind of funny, we think! And that makes it a perfect costume.

If Big Tex, capital stormers and Jeff Bezos are among the villains of Texas of the year, Texas Gov. Greg Abbott is the the final boss — the Thanos of Texas, if you will. He continued to drop the ball on public safety amidst the ongoing pandemic while, ironically, contracting COVID himself, and trying his hardest to control Texan women’s bodily autonomy by taking away the necessary health care that is abortion.

The whereabouts of this surprising local celebrity is still seemingly unknown since we reported on its disappearance a few months ago. A mysterious, slithery and dangerous creature on the run in our own backyard? It’s basically Texas mythology now — perfect for Halloween.

It’s been a rough decade for the Princess of Pop, and the media frenzy surrounding her conservatorship reached its climax this year with the #FreeBritney movement. On a local scale, the Frisco Roughriders even put on a Free Britney Night, which was a little weird but had good intentions. American culture has had a history of disrespectful parodying of Spears regarding her public cries for help, though. So, this Halloween, it should be all love.

Last but not least, it’s Central Track’s founder and soon-to-be-ex-editor (ouch) Pete Freedman! Just last week, he made the announcement that he’s stepping down as our editor and moving on to the next phase of his career by passing the CT torch to two young journalists, Stephanie Salas-Vega and Frances Tingle (hey, that’s me). Being among the prominent voices of Dallas culture over the last 14 or so years, you’ve most likely run into Pete at some point or another at a local show or maybe one of his favorite bars. Make him see double this Halloween weekend by going out dressed exactly like him.