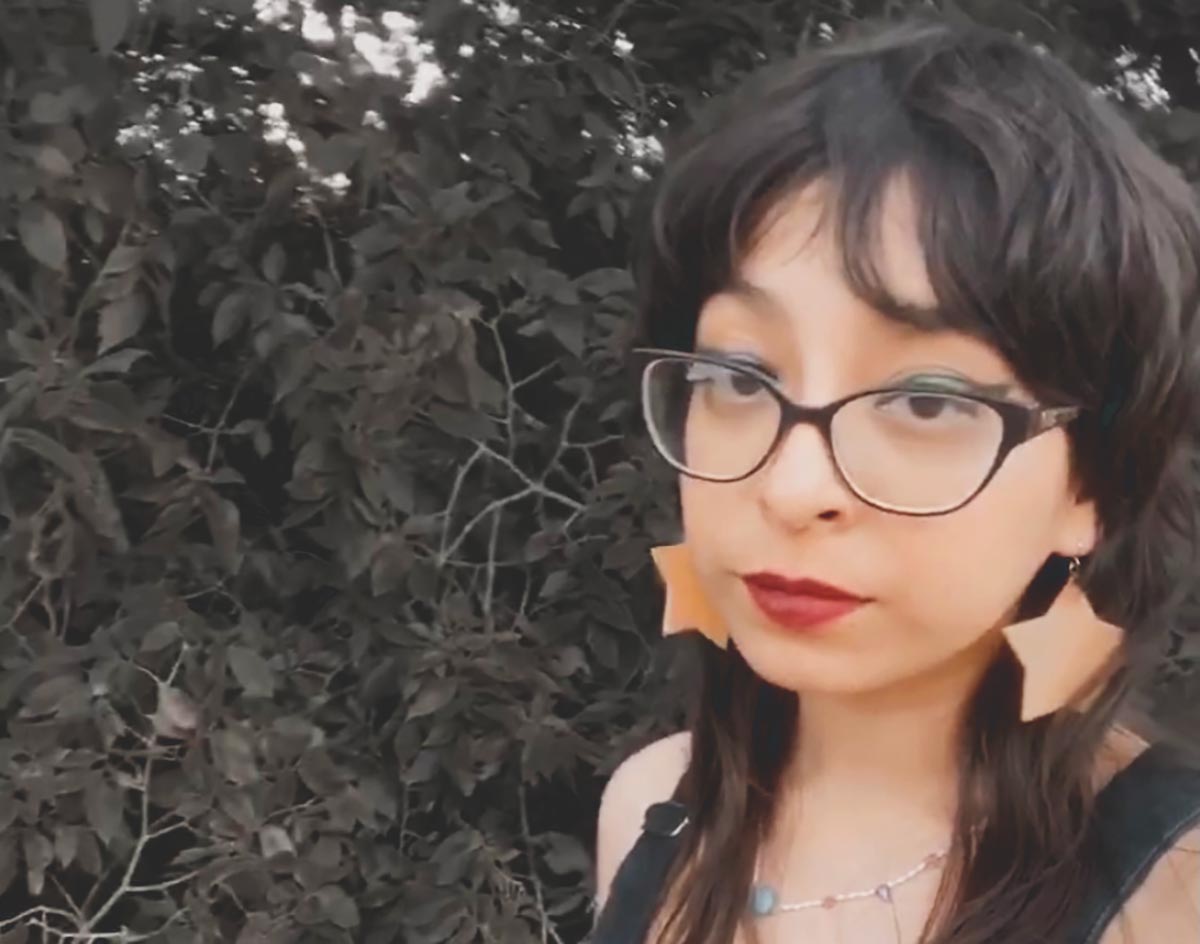 Before Her First Day Next Week, Meet Stephanie Salas-Vega, One Of Two Ex-Interns-Turned-Contributors Who Will Now Be Formally Joining Our Editorial Staff.

In February of next year, Central Track will turn 10 years old.

Crazy to think about, I know! I mean, we’re on the verge of puberty!

OK, while that’s not exactly how websites work, readers can indeed expect some major changes coming to the site sooner than later.

The first of these changes? After the economic realities of the still-ongoing coronavirus pandemic unfortunately forced us to downsize our team significantly back in the spring, we’re now — thanks to the kind support of our Patreon subscribers and the increasing return of advertising dollars — steadily building our team back up again.

Today, Central Track is announcing the additional of two new team members to our editorial operations. The first of these is Stephanie Salas-Vega, a name regular readers of the site should recognize.

Stephanie has been contributing to Central Track since June of 2019 when she began the first of two internships she completed with us. Since then, she continued to work with Central Track in a freelance capacity — penning such memorable articles as “Was Jimmy Neutron Actually A Dallasite?” in the process — before eventually joining up as a regular contributor who previously helmed our weekly food and drink news-and-notes column “The Spread” and who continues to make weekly contributions to our daily “Song of the Day” series.

Along the way, she’s also earned bylines at various other publications across the city, including D Magazine and the Dallas Observer.

We’re stoked that she’s agreed to join the team, and we’re thrilled to watch her continue to grow as a journalist while helping growth Central Track in new and exciting ways.

Her first day on the job will arrive this coming Monday, October 18.

In the meantime, you can get to know Stephanie a little better by reading her answers t the 20 questions I cooked up and forced her to answer in anticipation of this very post.

1. You’re officially joining the Central Track staff, huh?
I still can’t believe it myself! I really climbed the ladder. I was an intern, a freelancer, a contributing writer and now this!

2. So, to the readers who don’t know: Who the hell are you?
Good question. I’m Stephanie Salas-Vega. I’m a Dallas journalist and a big music nerd. I’m Mexican-American and damn proud of it.

3. What are some of the stories you’re most proud of that you’ve published previously on Central Track?
Definitely my Jimmy Neutron story. I’ve even heard from others that it makes a great icebreaker at parties! You’re all welcome.

4. You’ve earned bylines at publications all across the city in recent years, but you’ve always made a point of telling me that you’re “ride or die” for Central Track. Why is that? Were you just flattering me? What speaks to you about this brand and this opportunity?
Central Track has always felt like home. I started reading Central Track many moons ago when I was a student journalist at Brookhaven College. I wanted to get my byline on Central Track and be a “Song of the Day” writer so bad! But I wasn’t ready at the time. Instead, I started writing a list of local acts I would cover if I ever got the opportunity — and I actually used some of them when my time came to write for “Song of the Day” last year! My dream has always been to be an editor at a local publication and to write about music. What better place to do that than Central Track?

5. As you’ve already mentioned, you’re big into the local music scene. When did you start paying attention to local music? Who are some of the acts that first drew you in?
I started going to local shows in 2017 just to learn more about the Dallas music scene. Some of the first acts I saw were Pearl Earl, Acid Carousel, Flight By Nothing, Cure For Paranoia and Sam Lao.

6. I know The Strokes are your favorite band of all-time, but — briefly — tell our readers why you stan them so hard.
Briefly?!?!?! Dang, you got me there. They taught me to be myself, to do what I want to do and to never care about what people think. Room on Fire is how I survived high school.

7. What’s the best concert you’ve ever attended?
Coldplay at the American Airlines Center in 2011. (YES, I LOVE COLDPLAY.)

8. Outside of music, what interests you most about what’s going on in Dallas these days?
I’d love to go to a sports game! Doesn’t matter which one. I just want to yell at people!

9. If you’ve got an open weekend afternoon and you want to treat yourself to some of your favorite things around the region, where are you headed? What are you doing?
You’ll probably catch me at a bar in Addison or Uptown, a show in Deep Ellum or eating at a Waffle House. Sometimes in that order, if it’s been a good night.

10. I know you’re proud about your suburban Dallas roots. What’s one thing about suburban North Texas culture that us city dwellers just don’t understand?
It’s like being in a coming-of-age indie film. I grew up in the Hispanic neighborhood of Carrollton, and that’s all I knew for a long time. Carrollton is kind of a stretch from Downtown Dallas, and I’ve always felt so disconnected from the city because I didn’t have access to travel there. I was a Tumblr girl and everything about big-city culture inspired me, but I was stuck in the suburbs. So, my friends and I found ways to make the best of our suburban lives. Hanging out at cemeteries, walking through rich neighborhoods blasting Dead Kennedys, burning sage in playgrounds and jumping from friend’s house to friend’s house. It was very Harmony Korrine’s Gummo, except way less disturbing, I promise.

11. You and I have spoken a lot about — and you’ve written a good deal about — the really cool cultural explosion within Dallas’ Latinx youth population these days. What excites you about what you’re seeing there?
I grew up on ’80 and ’90s Latinx rock and punk, early 2000s pop and cumbia. I love when I listen to a Dallas Latinx artist and their music instantly reminds me of those old-school tunes.

12. You’re a photographer as well as a writer. How do those two interests complement one another to your role as a journalist?
I just love documenting memories overall. I think about who will see my photos and read my stories years from now, and how it will impact them.

14. What Hogwarts house do you think you’d be sorted into?
“I don’t know her.” — Mariah Carey

15. What are you dressing up as this coming Halloween?
Penelope Taynt from The Amanda Show! She was Amanda Bynes’ alter ego, and her biggest fan who said “please” after every sentence. Julian Casablancas is my Amanda Bynes.

17. Are there any specific things you plan to make sure Central Track covers?
I want to find those cool hole-in-the-wall places in Dallas that I think people should know about. I also want to write about people and artist that continue to make Dallas a great city. People need to know that despite the madness, great things come out of here.

18. Who’s a journalist or a photographer you really admire?
Tavi Gevinson!

19. How do you feel about the State Fair of Texas?
I will walk in for two Fletcher’s Original Corny Dogs and then leave.

20. Any last words for your haters?
I wouldn’t be here if it weren’t for you guys too! Thanks <3