Why Would A Minor League Baseball Team Hold A #FreeBritney Night? 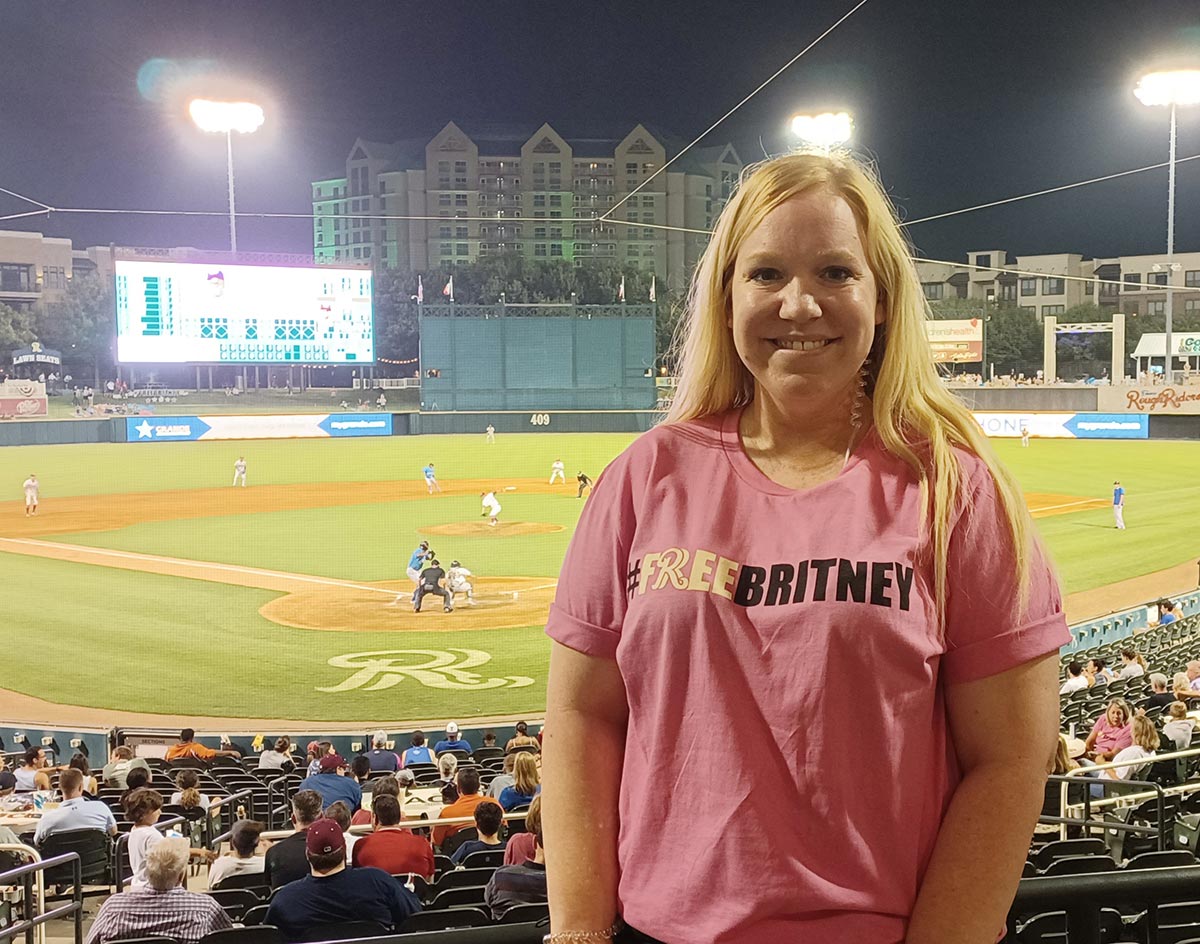 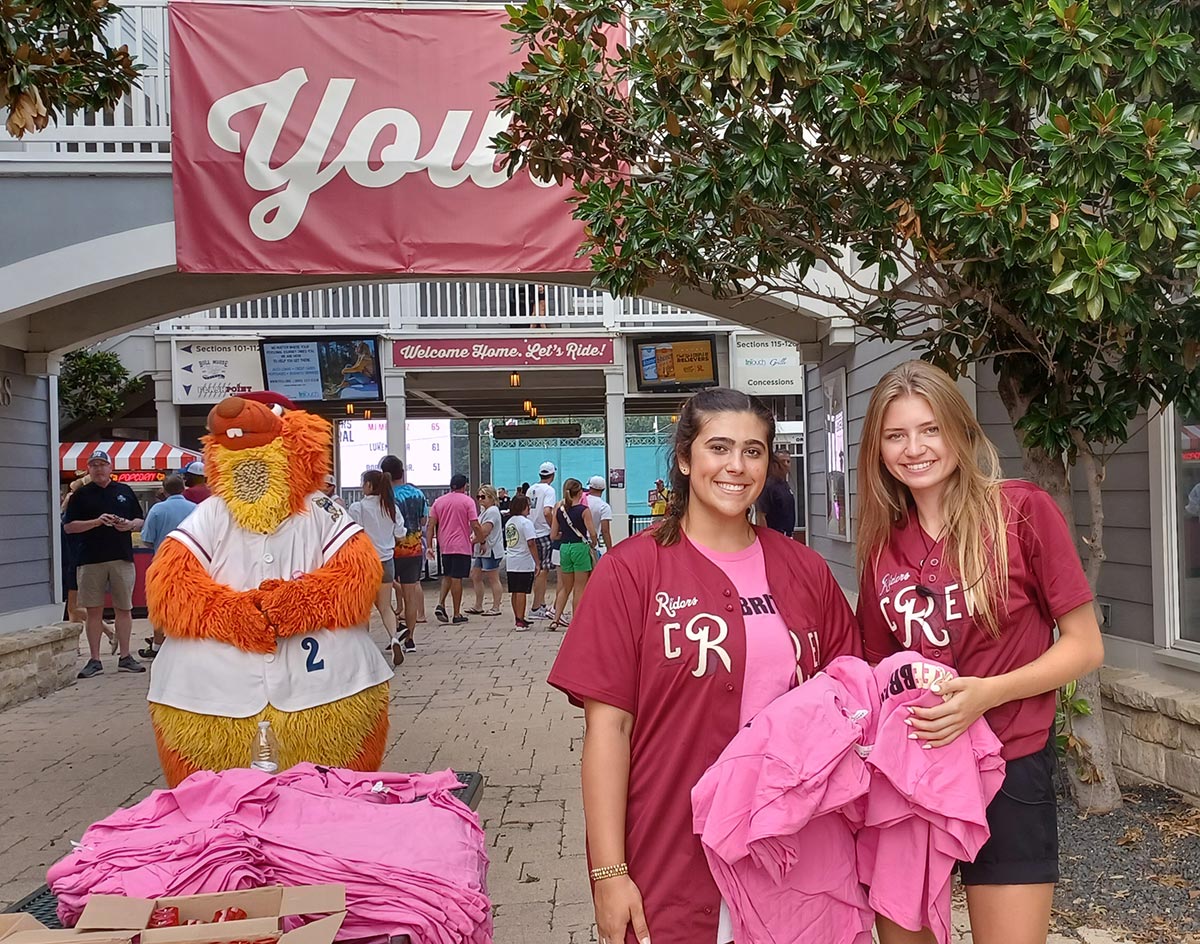 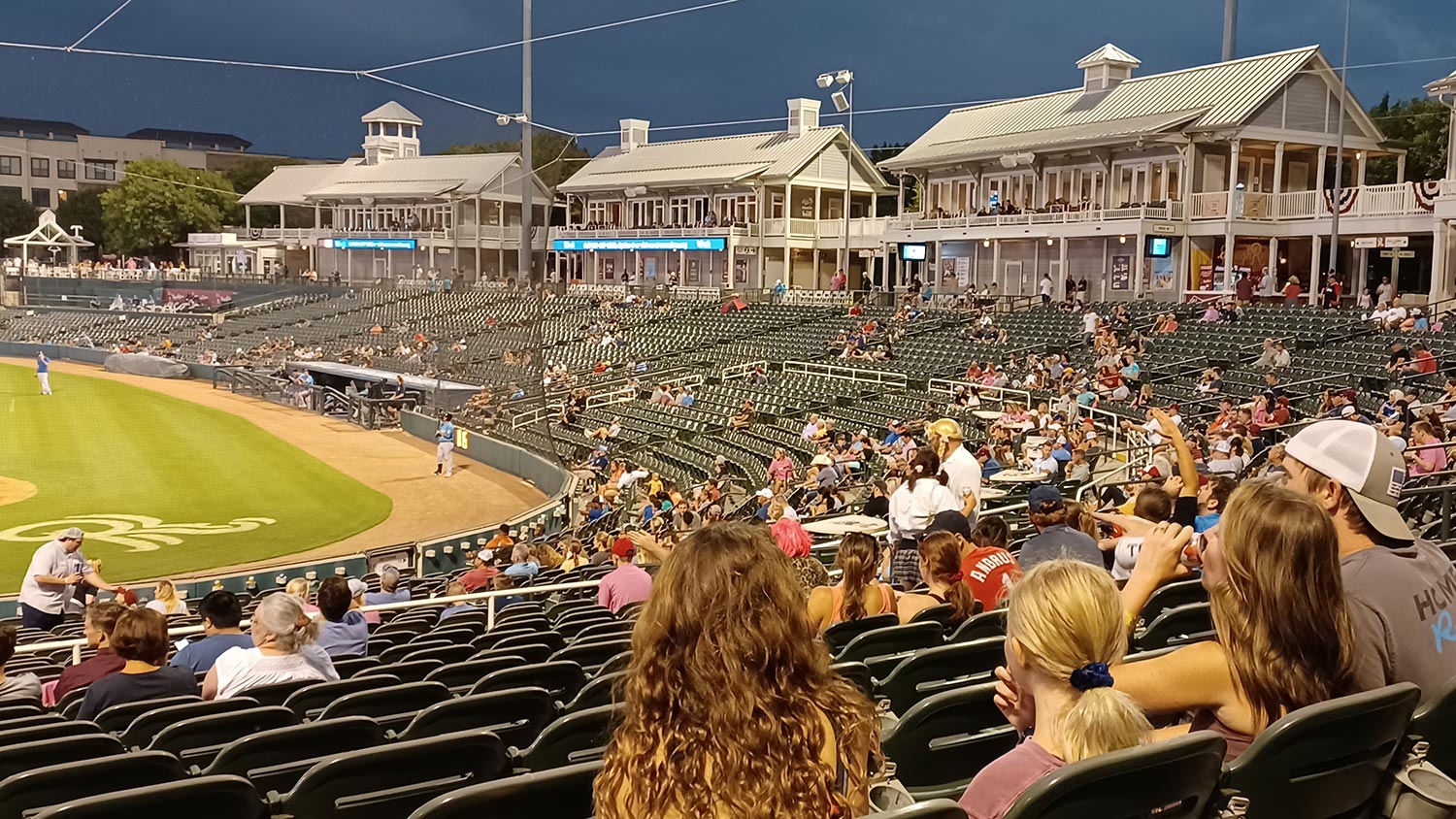 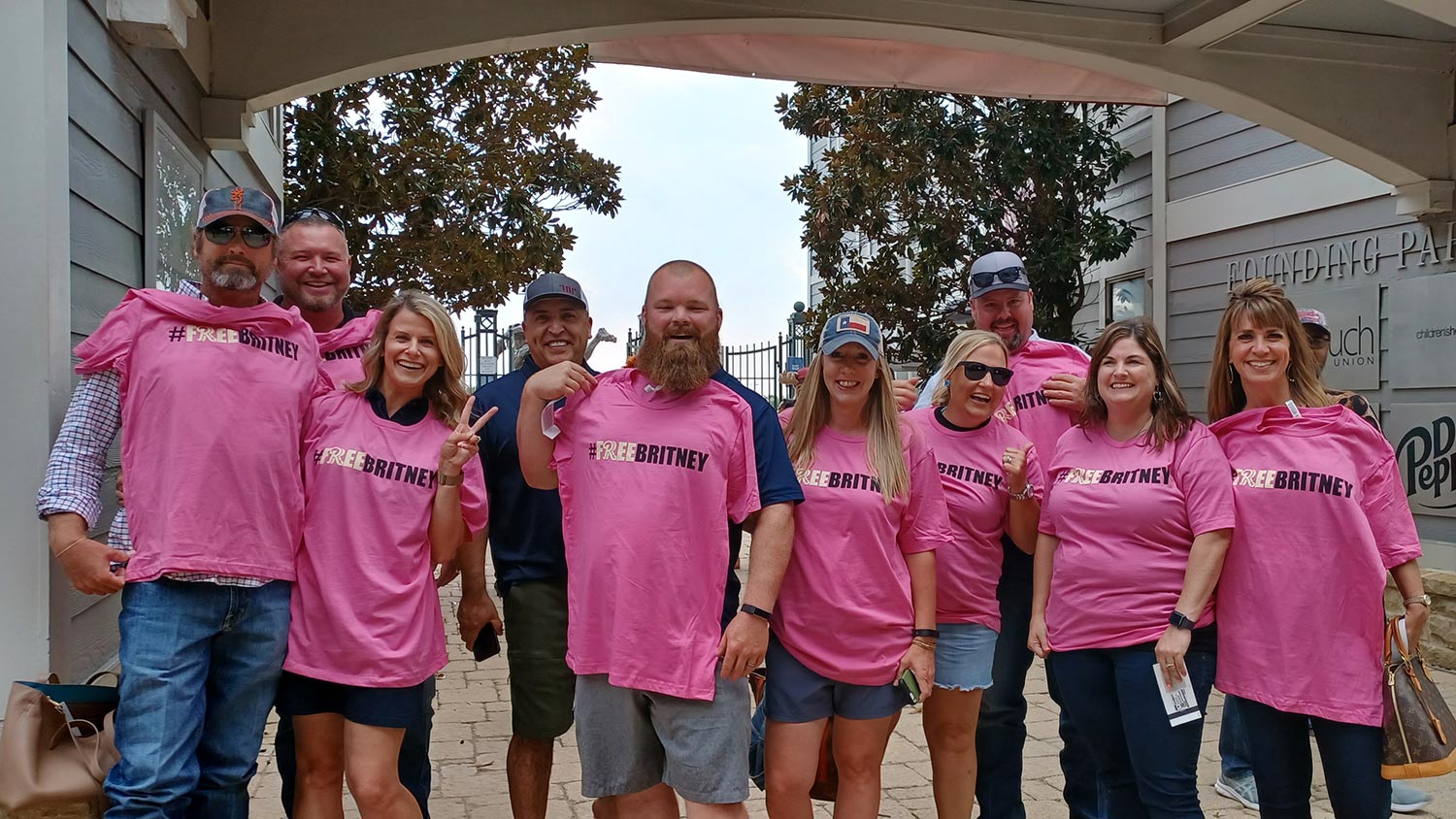 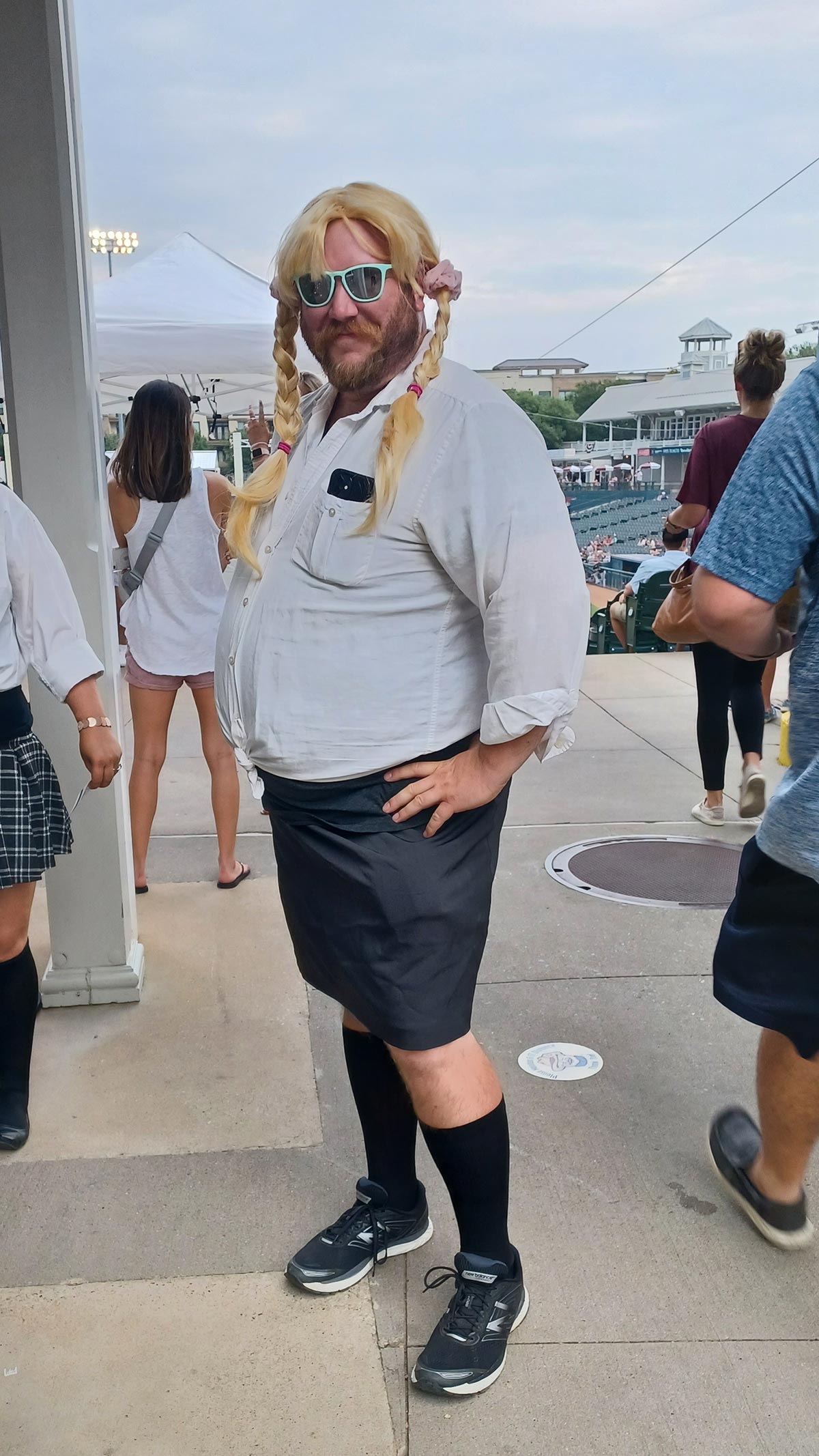 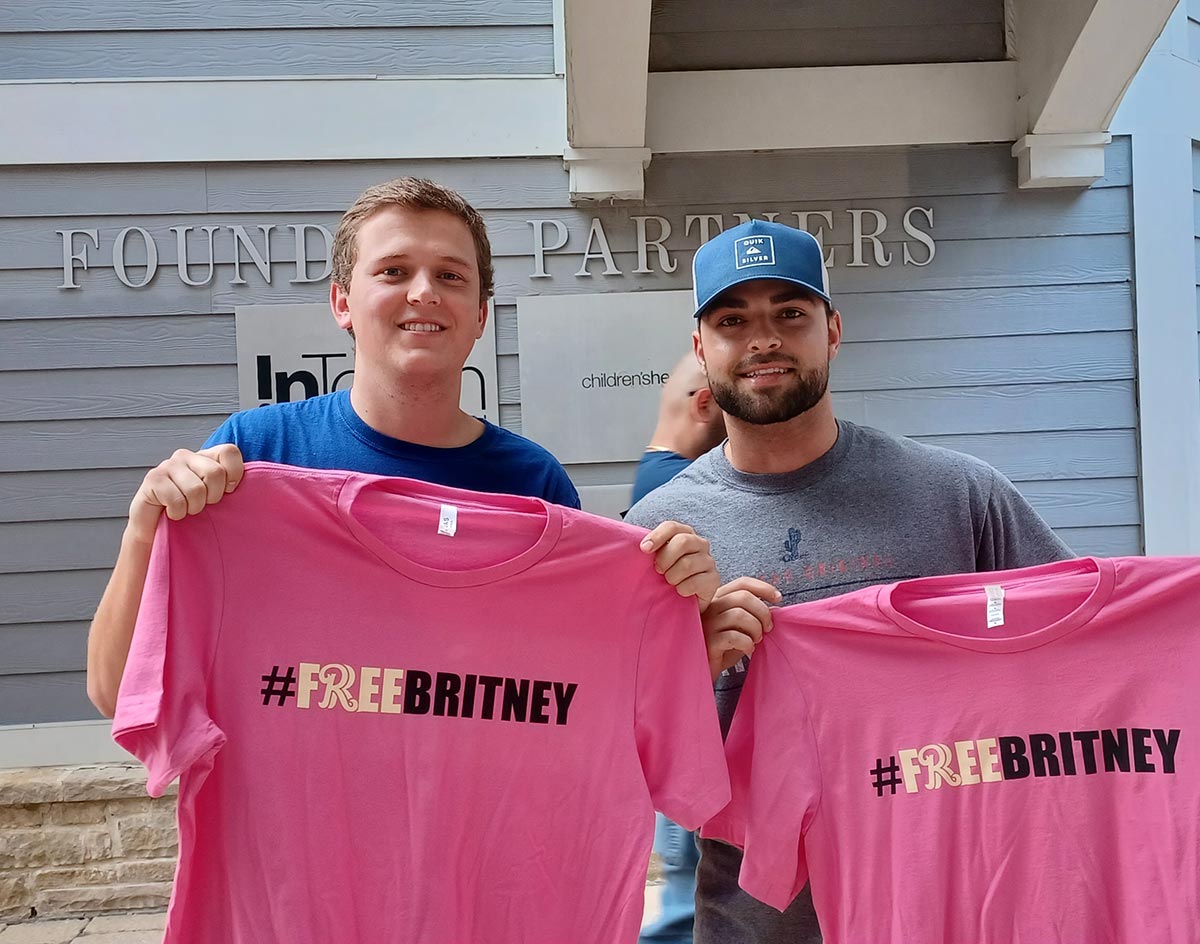 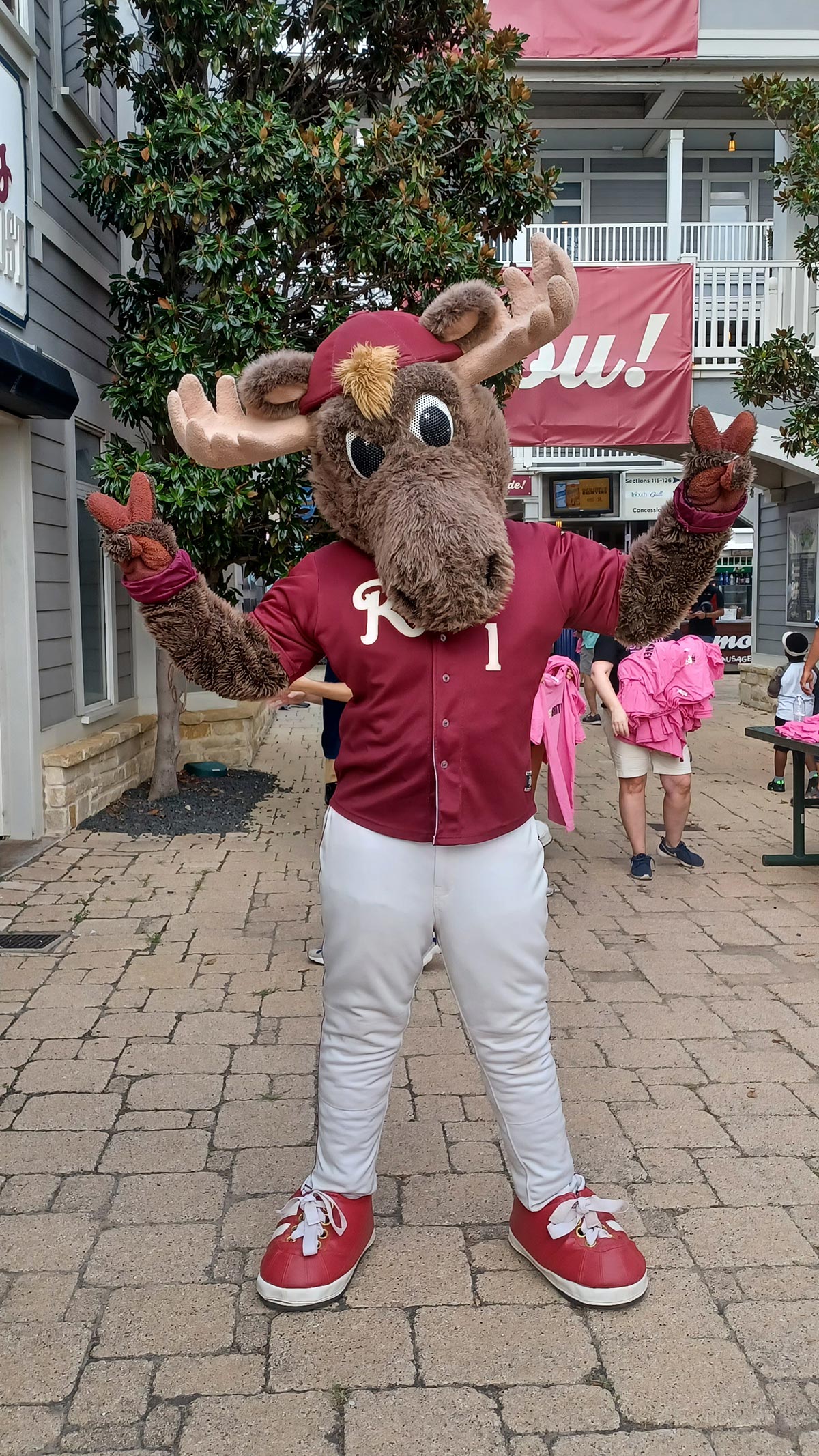 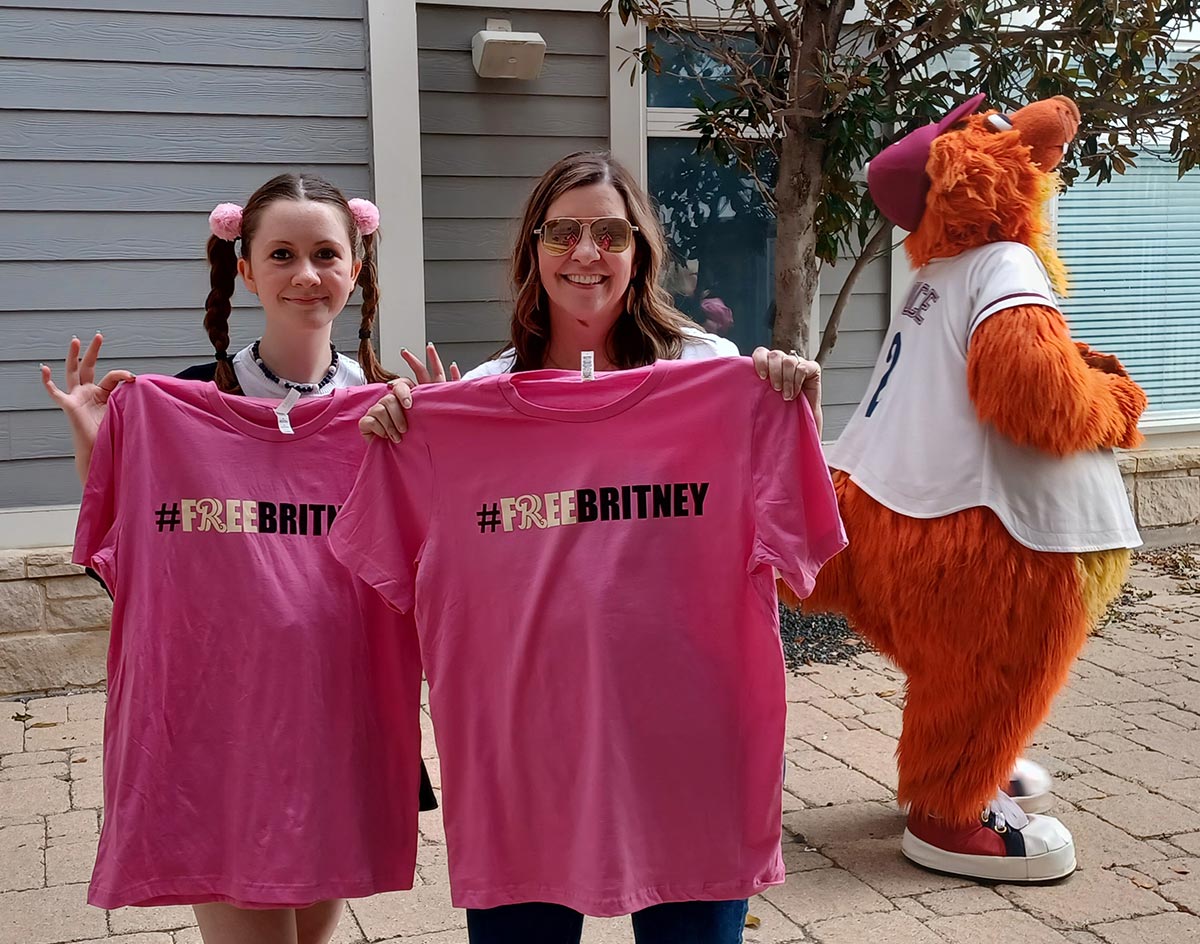 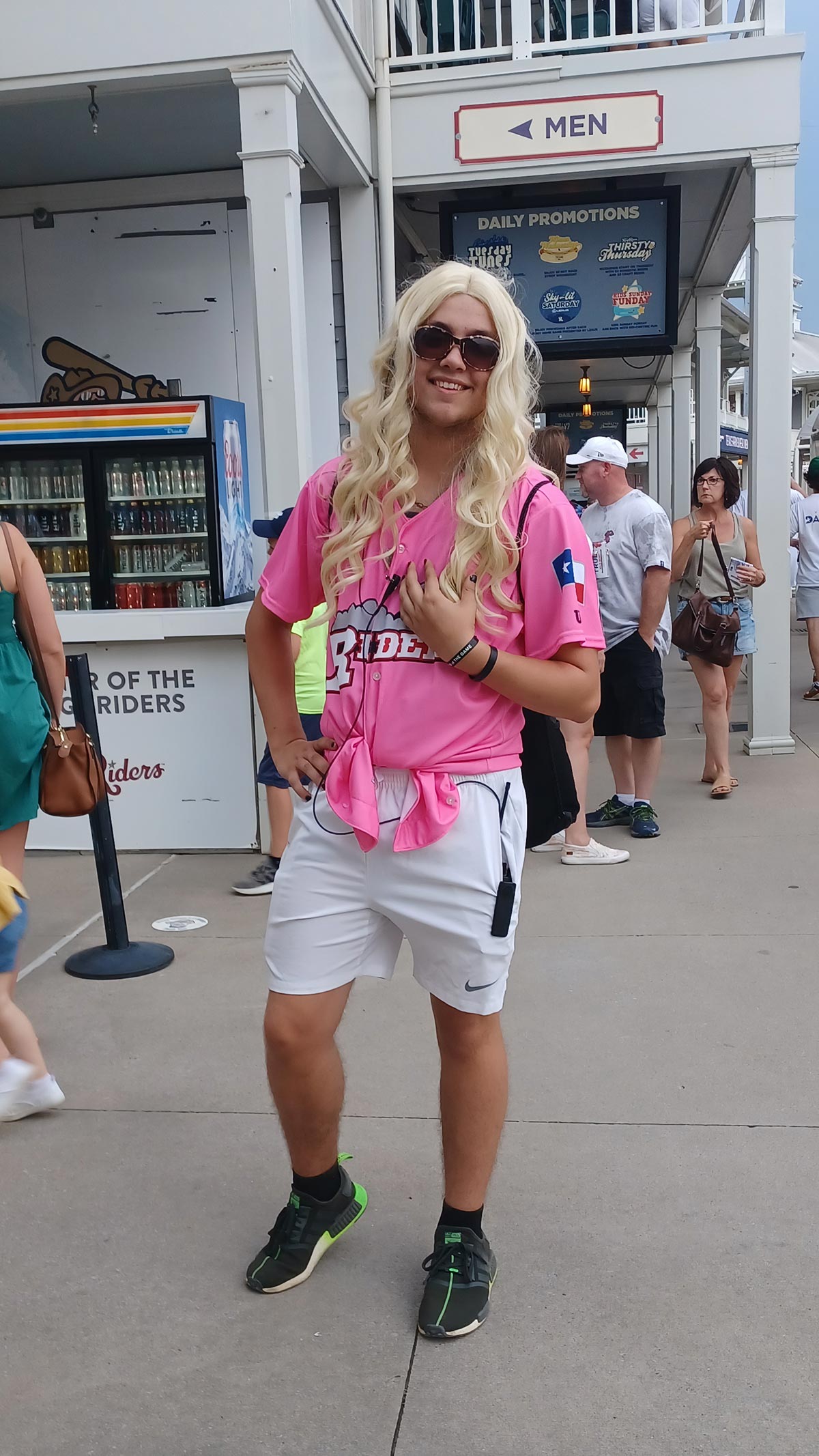 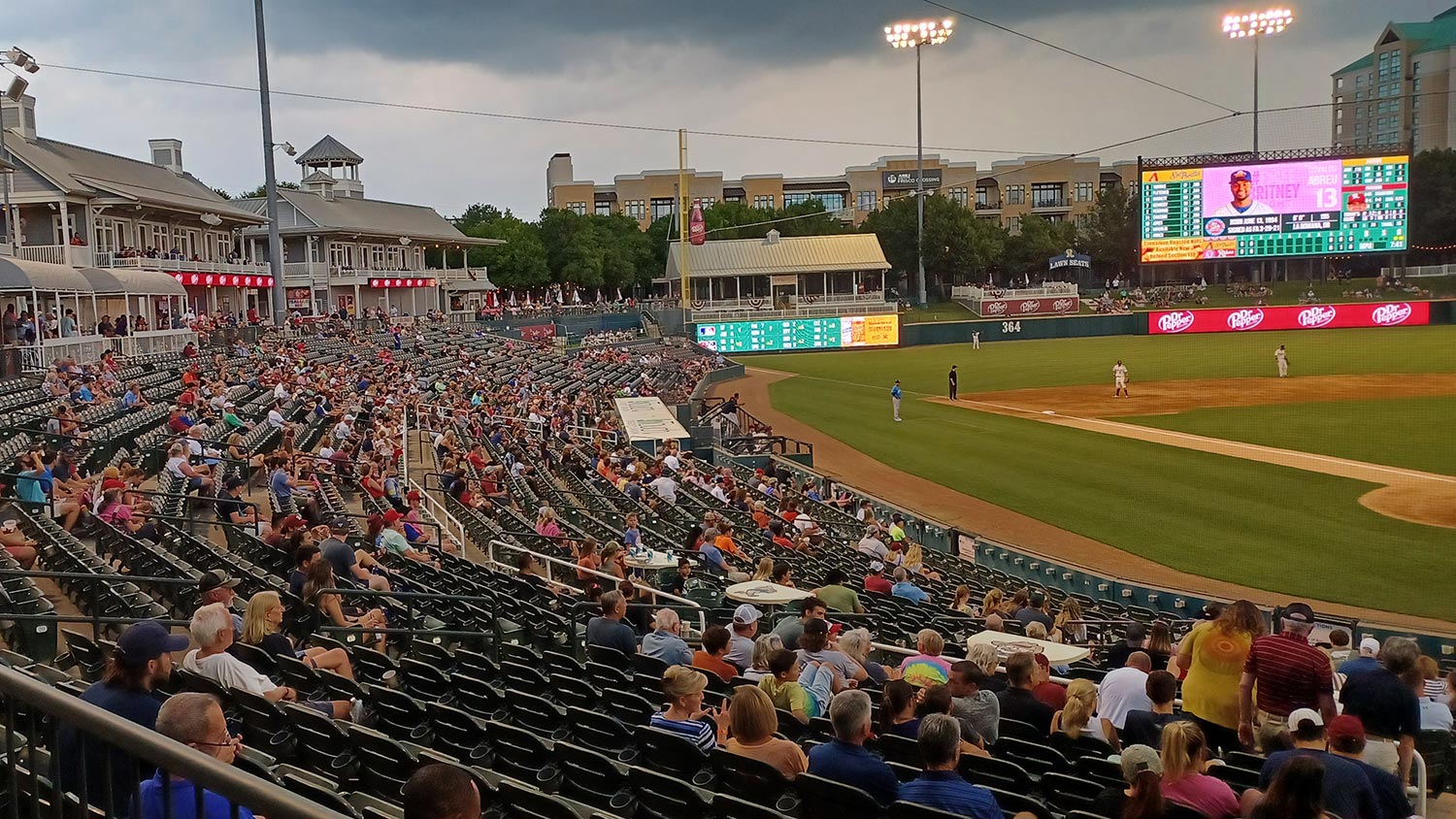 Though Initially Feared As A Way To Profit Off Of Britney Spears’ Struggles, The Frisco RoughRiders’ Promotion Ended Up A Proper Celebration Of The Pop Star.

All photos by Alexis Castillo.

Earlier this month, the Frisco RoughRiders showed their support for Britney Spears — and just in time for her father Jamie Spears to step down as her conservator a week later.

The event hosted by at the RoughRiders home Rider Field ballpark on August 5 was centered around the #FreeBritney movement that originated from social media and has expressed disdain for Britney’s abusive conservatorship and particularly so for Jamie Spears, who had served as Spears’ conservator for the last 13 years.

Under the conservatorship, Spears lost her right to major life decisions, such as marriage without conservatorship approval. She was also forced to take birth control and other medications against her will, despite her wanting to have another child. Spears herself had specifically addressed her father as being a key figure in her suffering throughout the conservatorship, claiming he loved the power he had over her.

Jamie Spears said in a legal response last Thursday that he would step down as conservator — although he said he is concerned his removal is not in his daughter’s best interests.

The internet has made it pretty clear that Jamie Spears sucks, and it hasn’t let the rest of the pop star’s family off the hook either. (Just check out the comments on her sister Jamie Lynn Spears’ Twitter.)

Of course, Texas Minor League Baseball fans can’t take all the credit for this awesome step forward for Spears’ career, but the RoughRiders’ #FreeBritney night was a kickass way to support Britney Spears.

While the Texas Rangers’ Double A affiliate’s announcement of its #FreeBritney night promotion was initially met with some backlash on Twitter — including comments claiming the event was profiting off Spears’ adversity — the event itself seemed to be a respectful celebration of the artist, as well as a thoughtful way to bring more attention to her cause.

Throughout the game, the jumbotron even displayed a QR code that fans could access to sign a #FreeBritney petition. Pink T-shirts that read “#FreeBritney” were also handed out to attendees at no cost by Frisco’s favorite prairie dog mascots, Deuce and Bull Moose, to the earlier arrivers to the game as they entered the park.

Even more dedicated fans came decked out in their own iconic Spears-inspired attire — many imitating her “…Baby One More Time” wardrobe — and stood under the ballpark’s spotlight for a costume contest at the end of the second inning.

Of course, fans weren’t the only ones getting in the spirit. Over the stadium PA system, the RoughRiders’ players themselves too revealed their favorite Britney songs — or at least songs they thought were by Britney.

A mocked-up version of Banana the Snake, who you may remember from Spears’ “Slave 4 U” performance at the 2001 MTV Video Music Awards, also made a comeback during the night by competing in the mascot-and-fan race after the 4th inning. (Banana was a good sport after taking home second place to a young fan.)

Let’s be real, though: It wouldn’t be a baseball game without fan cams, and in the spirit of the Louisiana-born popstar, dance cams captured fans getting down to “Work Bitch” on the JumboTron.

In the end, the night was completed by a RoughRiders win, after which a pink sea of pumped-up fans in the crowd circled their new #FreeBritney threads in the air to celebrate the victory.

While most attendees admitted to mostly being there for baseball, the general consensus was that #FreeBritney night was a perfect celebration of true American culture — baseball and Britney.