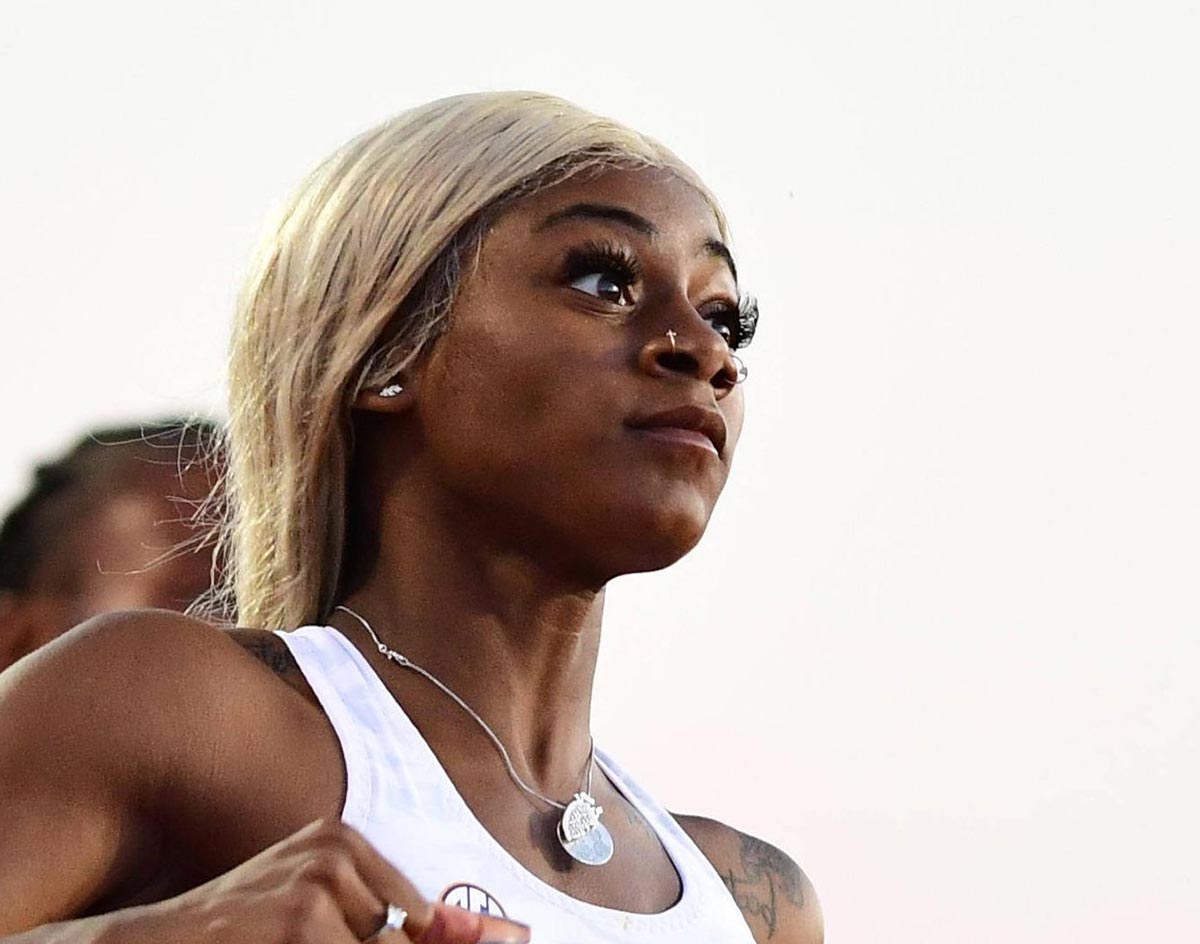 The Dallas-Based Track Superstar Blazes Her Way Past The Janky-Ass, Pandemic-Delayed And Decidedly Uncool 2021 Tokyo Olympics, Is Still Fast As Hell.

The audacious Dallas track star Sha’Carri Richardson, who had been primed to set the world on fire this summer at the 2021 Tokyo Olympics, has been disqualified from competing for the gold in the 100-meter dash later this month.

Earlier this week, the U.S. Anti-Doping Agency announced that Richardson had accepted a 30-day suspension from international competition after testing positive for the use of marijuana — a substance not allowed for competitive runners despite its increasingly legality across the States. The suspension will prevent Richardson — a favorite to earn the title of “World’s Fastest Woman” at this year’s summer games — from competing in the 100-meter dash in Tokyo this month.

It is still possible she could compete in later-scheduled events at this year’s games once her 30-day penalty has been served.

Richardson, who lost her biological mother shortly before last month’s Olympic trials, acknowledged in an interview with The Today Show on Friday that she had been using the drug to help cope with her sense of loss despite knowing its illegality within her sport’s ruling authorities. Much to her credit, Richardson is owning her actions, writing “I am human” to her Twitter account on Thursday.

Even if the USADA’s hands were tied with its decision on the matter — the rules are the rules, we guess — its announcement has been uniformly derided. Fellow Dallas-based star athlete Patrick Mahomes, the MVP- and Super Bowl-winning quarterback of the Kansas City Chiefs, even tweeted out that the suspension was “so trash man” before adding “just let her run.”

Notably, Richardson is not the first superstar American Olympian to suffer high-profile consequences for marijuana use. Decorated swimmer Michael Phelps was suspended by his sport’s international governing bodies in 2009 after a leaked photo of him smoking a bong went viral. Alas, Phelps’ suspension didn’t come during an Olympic year.

But, in Richardson’s defense, 2021 wasn’t supposed to be an Olympic year, either. These games were initially to be held in 2020, but were pushed to this summer because of coronavirus concerns.

It’s not like that’s the only janky deal going on either with the Tokyo games, which have been just constantly mired in controversy. Some of the bigger, more recent issues — beyond this Richardson suspension, of course — include a high-ranking official resigning over sexist comments, a ruling that apparel featuring the words “Black Lives Matter” will be banned at the games and continued uncertainty even just three weeks out as to whether fans will be allowed into the events as the coronavirus continues its spread throughout Japan.

Put another way: Richardson’s seemingly inevitable ascension into global superstar status — and watching her clobber the competition she was apparently already blazing past with smoker’s lungs! — was like the one thing these broke-ass, off-brand games had going for them.

Still, since Olympic officials can point to the rulebook in their defense, nothing’s likely to change here. There almost certainly won’t be a rule-reversal, and they’re not gonna let Richardson run to 100-meter glory — even if it’d be a lot cooler if they did.

Even more than usual, this year’s Olympics promise to be especially dumb. And no one — least of all Richardson — needs these games to see just how blazingly fast our hometown hero is out on the track. That’s what YouTube is for. Hit play on the below race footage to see on the display what is ultimately is Tokyo’s loss.

Coincidentally (we swear), the race itself arrives at the 4:20 mark in the below video.