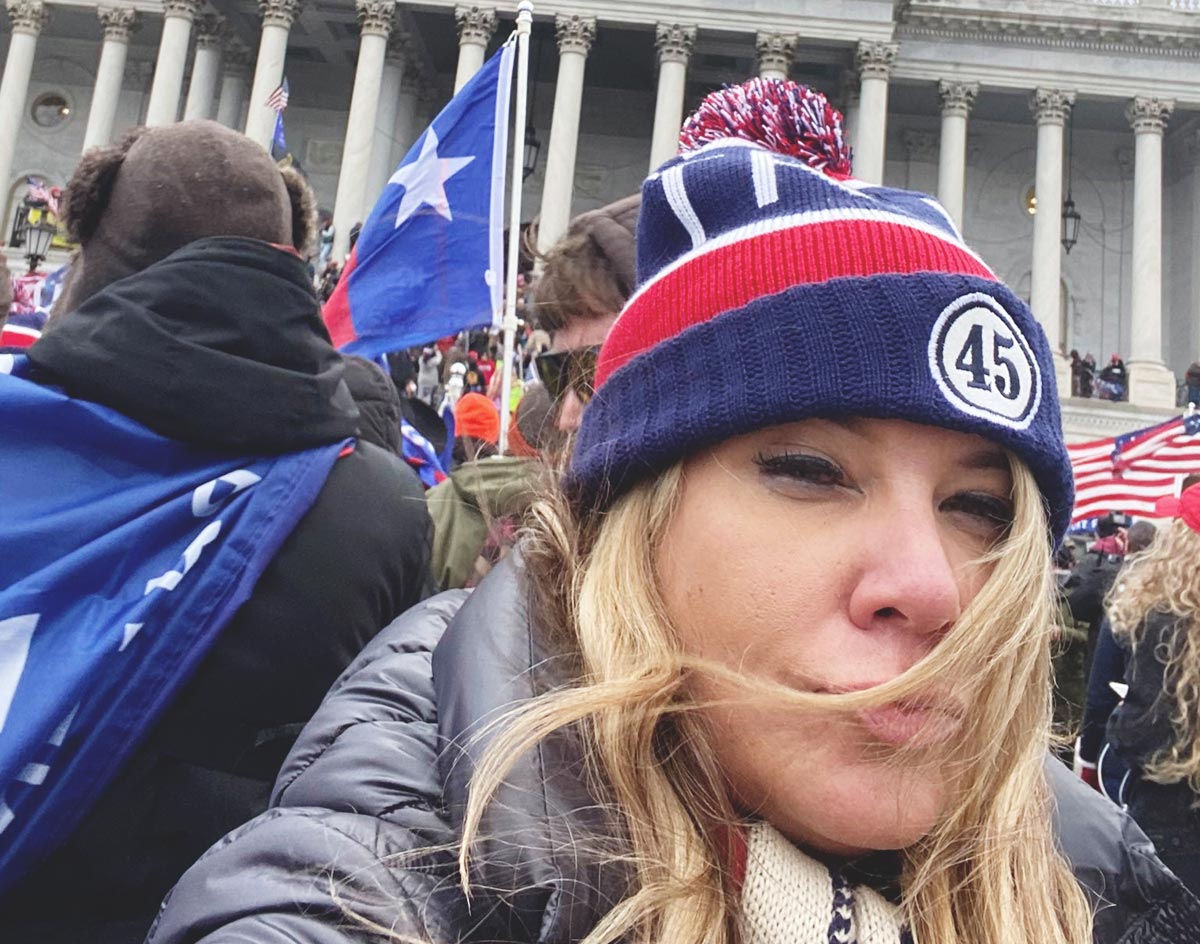 The Frisco Realtor Who Famously Flew A Private Jet To Washington D.C. To Participate In The January 6 Insurrection Could Get Six Months In Jail, Some Fines.

Updated on November 4, 2021: Ryan was sentenced today to 60 days in prison and fined $1,500, $500 of which was compensation to the Capitol architect. The penalty is noticeably less than the original proposed six months in jail and $5,000 fine.

“Definitely not going to jail,” Ryan famously and ironically wrote in a Tweet back in March following the insurrection. “Sorry I have blonde hair white skin a great job a great future and I’m not going to jail. Sorry to rain on your hater parade. I did nothing wrong.”

She also announced via Twitter that she’s starting a non-profit organization that’ll raise awareness for cyber bullying and cancel culture.

We’re not sure how well she can run that behind bars.

It’s been more than seven months since the January 6 storming of the U.S. Capitol building, in which a butt-ton of North Texans participated. And, finally, the other shoe seems like it’s ready to drop on those who traveled Washington, D.C. for the insurrection.

On Thursday, August 19, Jenna Ryan — the real estate broker from Frisco, who famously flew on a private jet with some friends to D.C. in order to voice her displeasure in the 2020 presidential election results, entered the Capitol building with the rest of the January 6 mob, posed for pictures near broken windows and then tweeted that it was “one of the best days of [her] life” — finally pleaded guilty to a federal criminal charge of “parading, demonstrating or picketing in a Capitol building.”

For copping to her errors, she could… uh, walk away with a fine cheaper than the up to $10,000 one imposed for repeatedly posting a “no guns” sign within a property where guns can legally be carried? Is that right?

What a world this is.

SEE ALSO: THE INSURRECTIONISTS AMONG US IN NORTH TEXAS.

Ryan was arrested on January 15 on charges of disorderly conduct on the Capitol grounds. In the wake of her arrest, she called for a presidential pardon from former president Donald Trump to no avail.

After entering her plea last week, Ryan will now await a November 4 sentencing. At that court appearance, she could receive up to six months in jail, a $5,000 fine and an additional $500 that would go toward repaying the U.S. Department of Treasury’s assessment of nearly $1.5 million in damages caused by the participants in the Capitol riots.

Since becoming perhaps the most infamous of all the North Texas participants in the insurrection, the founder of Jenna Ryan Realty has backtracked on her motive and acknowledged that she “bought into a lie” about the election results.

Even if she did fall down “the rabbit hole of right-wing media” as she later claim, she was still pretty confident in defending the Trump administration after President Joe Biden’s win.

We suppose it’s nice that Ryan’s had a come to Jesus moment — in the public eye, anyway — over the course of the last seven months of so.

But it still feels weird that participating in an act of terrorism that led to the deaths of five people, has got to be worth more than a $5,000 fine, right?