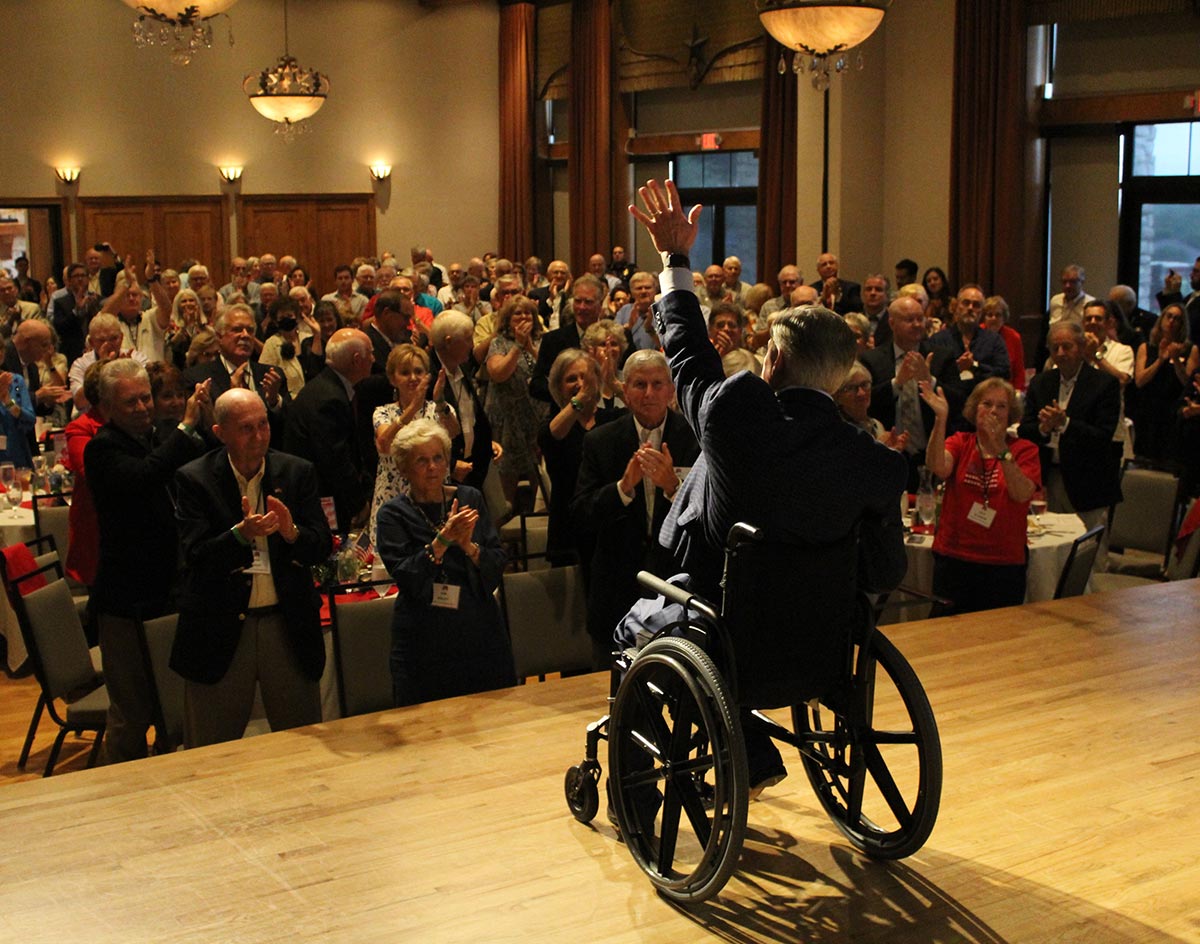 The Governor Attended A Mostly Mask-Less Indoor Meeting Of Collin County Republicans On Monday Night. His Office Says He Is Not Experiencing Any Symptoms.

Texas Gov. Greg Abbott’s office issued a statement on Tuesday afternoon announcing that the governor has tested positive for COVID-19.

The statement reads as follows:

“Governor Greg Abbott today tested positive for the COVID-19 virus. The Governor has been testing daily, and today was the first positive test result. Governor Abbott is in constant communication with his staff, agency heads, and government officials to ensure that state government continues to operate smoothly and efficiently. The Governor will isolate in the Governor’s Mansion and continue to test daily. Governor Abbott is receiving Regeneron’s monoclonal antibody treatment.

“Governor Abbott is fully vaccinated against COVID-19, in good health, and currently experiencing no symptoms. Everyone that the Governor has been in close contact with today has been notified. Texas First Lady Cecilia Abbott tested negative.”

On Monday evening, Abbott attended a “standing room only” gathering of Republicans in Collin County that boasted a reported 356 paid attendees — very few of which, if any, wore a mask while at the indoor event, and many of which appeared to be in the elderly set most vulnerable to the virus’ symptoms.

.@GregAbbott_TX is at the Republican Club at Heritage Ranch meeting tonight! pic.twitter.com/oIuabG72lU

It is not known how many people in attendance at the Monday event were vaccinated, or if Abbott contracted the virus before, during or after attending it. But, while Abbott reportedly repeated multiple times at the event that Texas are certainly allowed to wear masks if they so choose, it is clear from footage from the event that he chose not to make that decision for himself.

It bears repeating that, as the statement from his office notes, Abbott himself is fully vaccinated, having received his first dose in December. While it makes sense that Abbott will now enter into quarantine in the Governor’s Mansion after testing positive, it’s at this time unclear why he’ll be receiving Regeneron anti-body treatments if he’s not experiencing any symptoms.

Just last week, amid ongoing battles about the legality of mask mandates in businesses and schools across the state — and promises to revoke the liquor licenses of restaurants, bars and venues requiring proof of vaccination before entering — Abbott preached the importance of “personal responsibility” when it comes to mitigating one’s chances of becoming infected with the coronavirus.

At the same time, with hospitals across the state running out of ICU beds because of COVID-19 cases among the unvaccinated, Abbott also last week openly sought out-of-state medical assistance for overwhelmed in-state medical workers.

Recent studies show that break-through cases of COVID-19 infection among vaccinated people — like Abbott —are rare, but obviously only unlikely.

Acts of personal responsibility, like masking up at indoor events and around vulnerable populations, indeed do appear to be one way of fighting against the virus’ spread among both the vaccinated and unvaccinated.

Vaccinations appear to be an even better route. While vaccinations may not entirely prevent infection, multiple studies show that they lessen symptoms, which in turn leads to fewer hospitalizations.

Vaccines, of course, are free to receive. Please get one.

Find out how to get a vaccination near you here.