What Deep Ellum’s The Epic Will Look Like When It’s Finished. 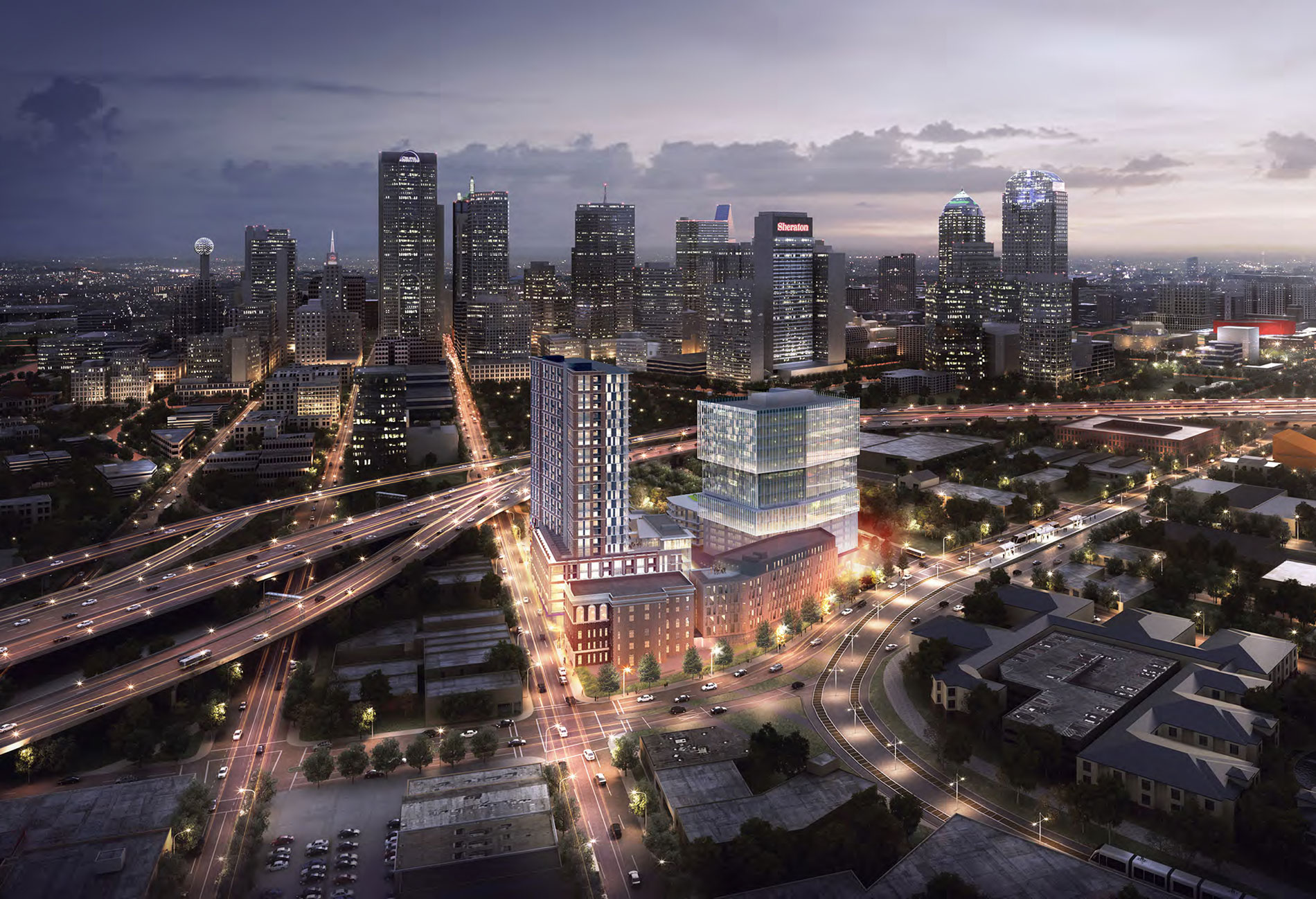 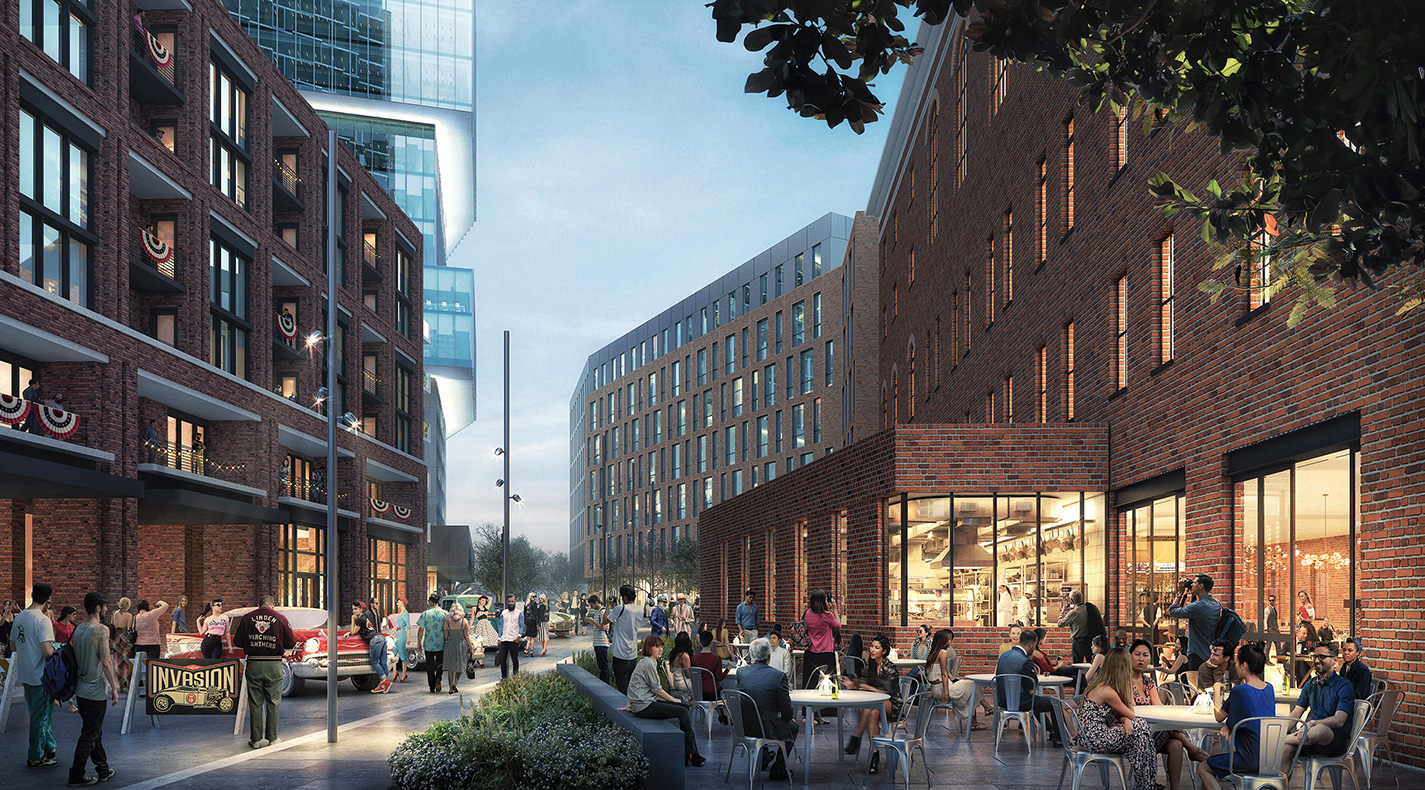 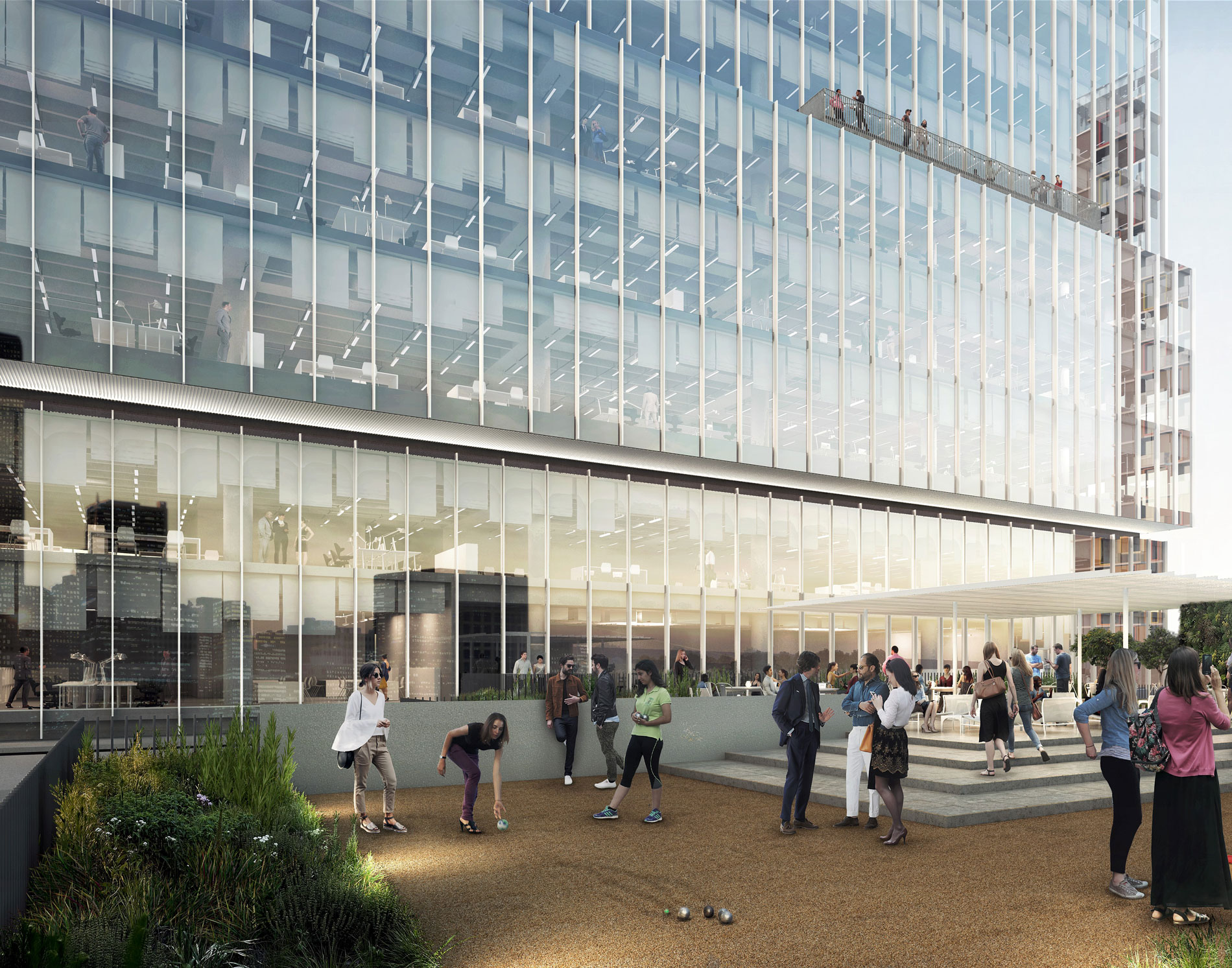 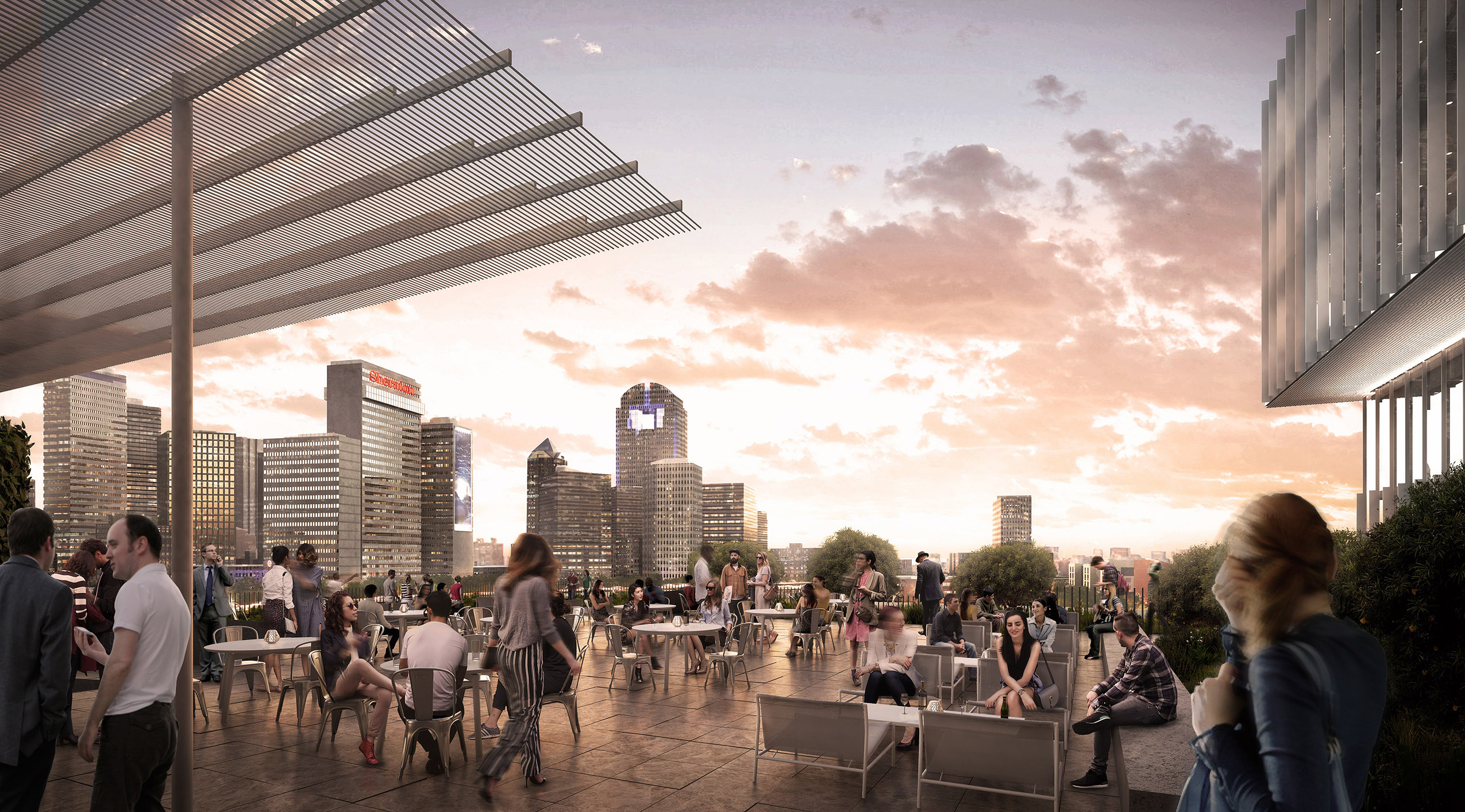 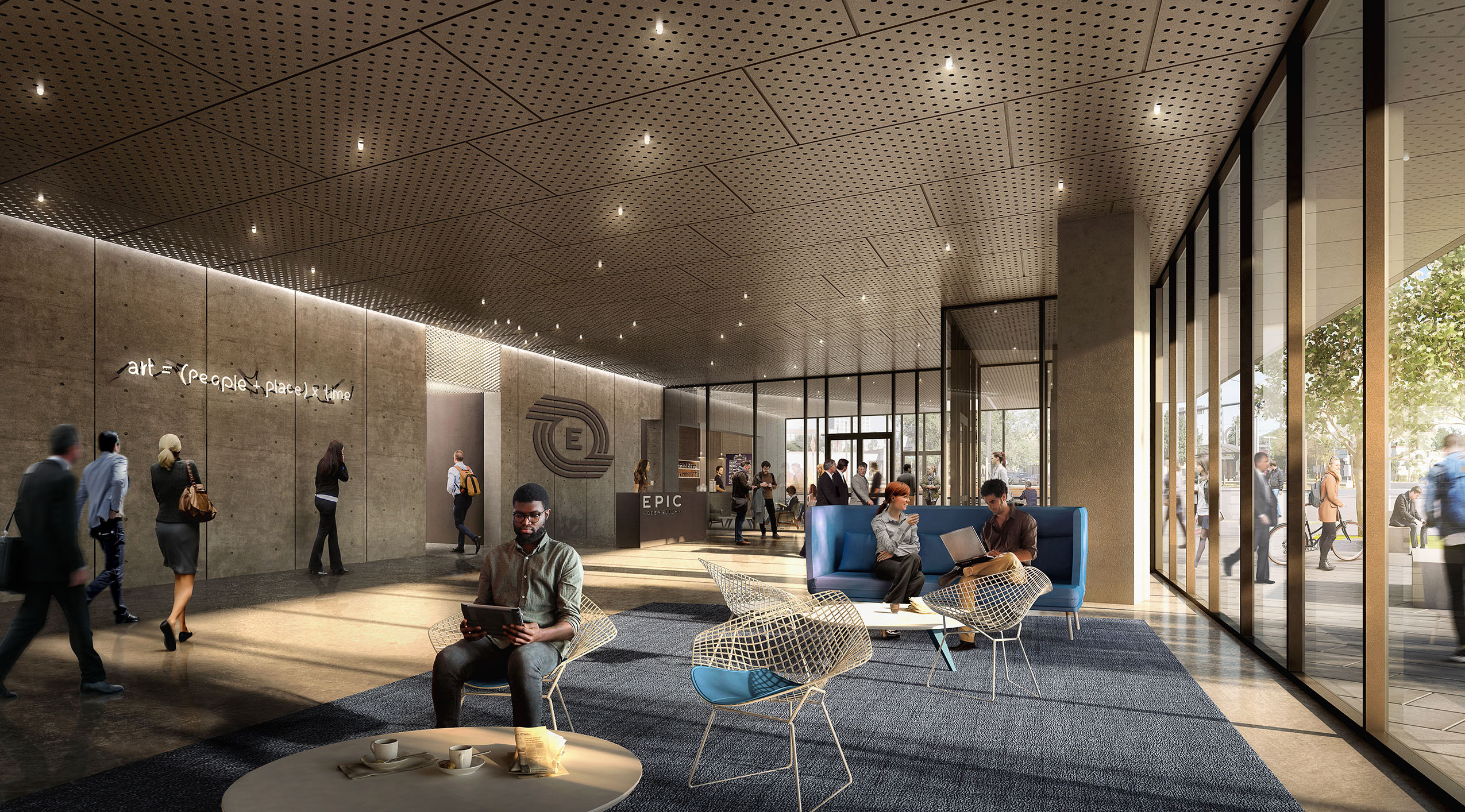 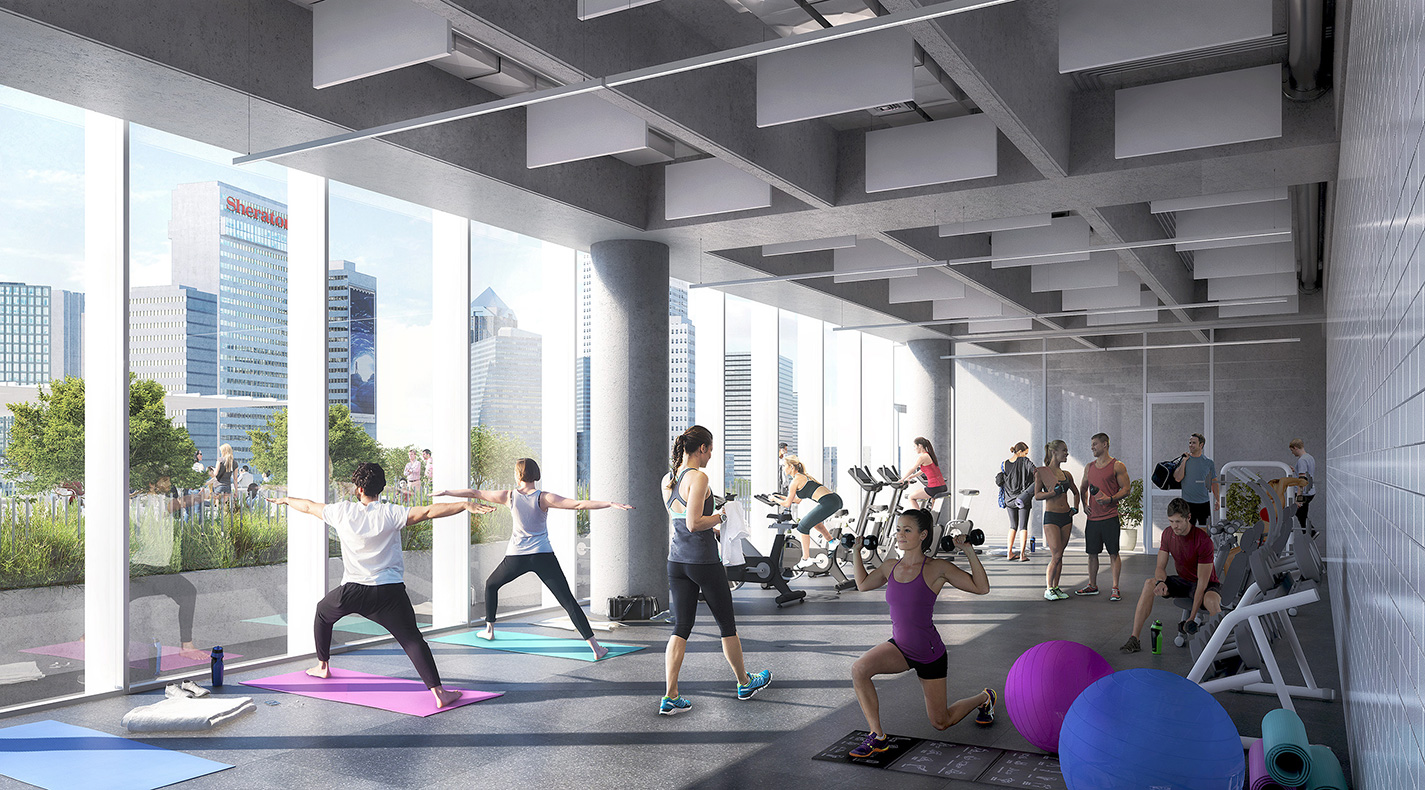 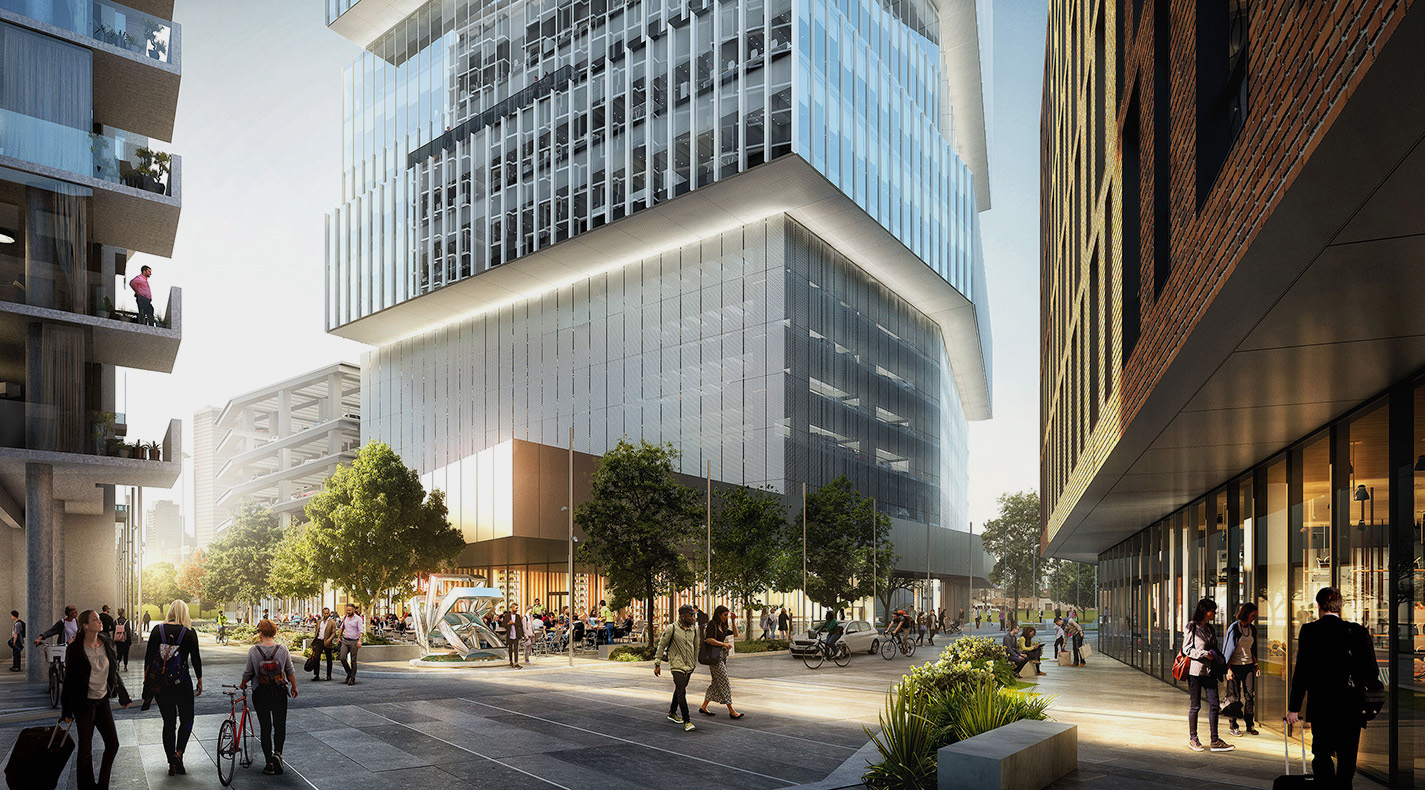 Three New Neighboring Buildings Coming Soon To Deep Ellum Can’t Fundamentally Change The Feel Of The Neighborhood On Their Own… Can They?

Zoom out some and it becomes pretty clear: Deep Ellum is not changing from the inside out, but rather from the outside in.

Yes, that’s largely where the developers who are latching onto the neighborhood’s suddenly hot market (LOL) are spending their money — not amidst the music venues and bars that have recently given this neighborhood its most recent identity, but on the external fringes of an area that some fear is losing its identity (LOL again).

We saw this first with the announcement of The Case Building, an apartment complex that, while dangerously close to a beloved coffee shop and inside the entertainment bubble that extends out to where the Double Wide lies, at least took root in an empty lot that is somewhat removed from Deep Ellum’s most recognized commercial drags. (Perhaps worth noting: Nine months after opening, that building still isn’t approaching full capacity — its own website is advertising as much as two months of free rent to prospective lessees.) More recently, we’ve seen this same fringe-based development in the form of a seven-story mixed-use development planned for Canton Street near The Bomb Factory for which an entire block of industrial buildings was leveled, and via a quietly announced (and curiously quickly approved) five-story apartment complex/parking garage development that will take up an entire block at the intersection of Hall and Jeffries streets, just north of I-30 right near Deep Ellum Brewing Co.’s brewery and taproom.

All along, though, the big exception to this outside-in rule has been the impending arrival of The Epic, a multi-purpose complex that has been en route — and openly feared due to all the change that people assume it will bring to the neighborhood — for at least two years now. And all one has had to do start pontificating about the potential effect this development will have on its surroundings is look up. 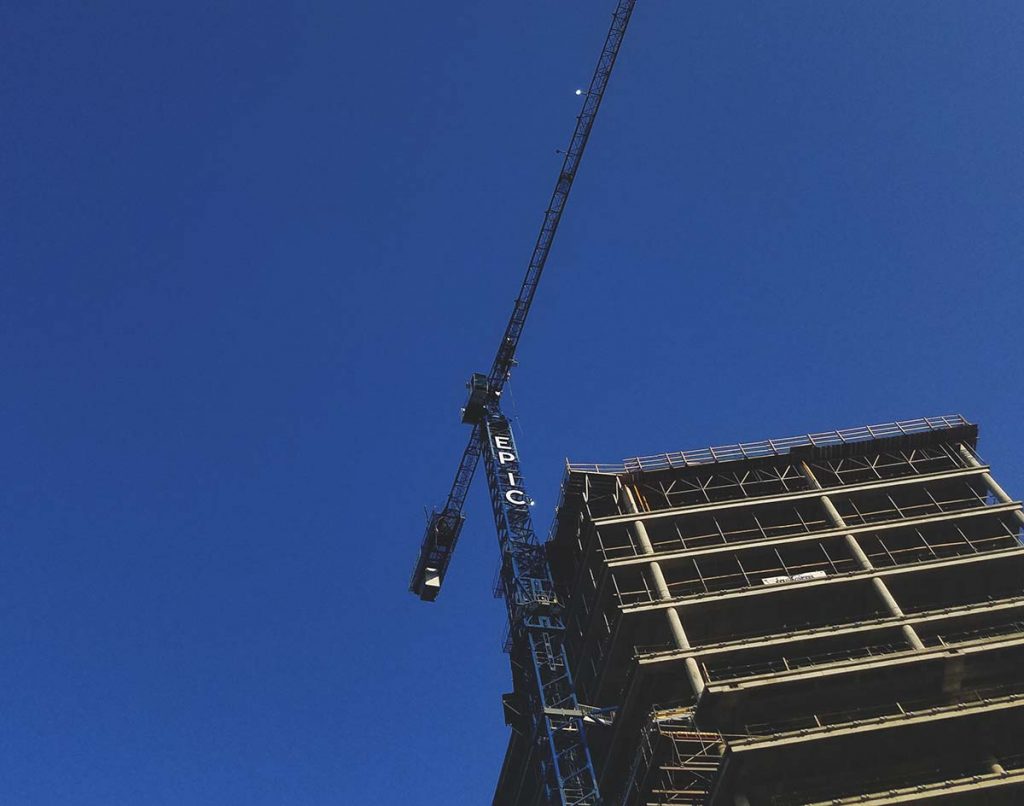 Over the course of the last year, this project — located right along the 2500 block of Elm Street, right where the theaters and shops that the blues for which this neighborhood is so famous was once played — has gone from a hole in the ground to, soon enough, the area’s tallest building this side of I-345.

It’s still a way’s off from opening, though. Despite earlier claims to the contrary, the most recent projections for this project don’t have it being completed until 2020.

That finished project will combine ground-level retail with three separate towers. On the corner of Pacific Avenue and Good-Latimer Expressway will be the the complex bearing the name The Epic under which the rest of the project colloquially shares an umbrella. Along Elm Street will be the tallest of the bunch, a 26-story residential building called The Hamilton. And at the intersection of Elm and Good-Latimer will be The Pittman, a hotel named for architect of the long-vacant and historically significant Knights of Pythias Temple that is be incorporated and refurbished into the build.

(Only somewhat controversially, the city is providing the entire project a tax break that was initially intended solely assist in The Pittman’s rehabilitation because of its history. Developers successfully lobbied to City Hall that one part of the project can’t move forward without the other, though. After having threatened to put the whole project on pause without that assistance, the project is again moving forward at full bore, with the company that most recently operated the Hotel Palomar in Uptown agreeing to take over the hotel’s operations.)

Upon completion, here’s what the complex will look like from above: 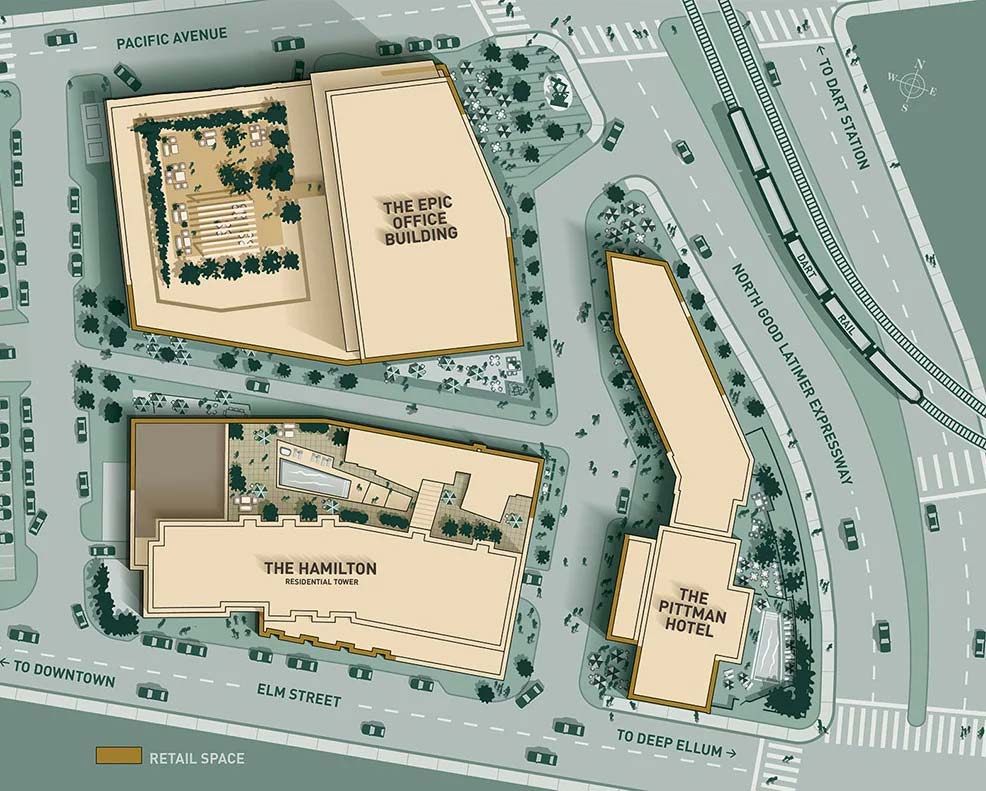 Note how, beyond the towers themselves, the plan also calls for roadways that don’t currently exist to be put into place between the buildings.

That’s a far cry indeed from the empty lot that once housed Index Festival just a few years back!

Well, not necessarily from the perspective of Westdale, the property management group behind The Epic and one of the largest property owners in Deep Ellum. In a promotional video for The Epic and its sidepieces, Westdale totally hypes up the development as very much being in the thick of Deep Ellum.

Here’s the million-dollar question, then: Will The Epic indeed fit into Deep Ellum’s aesthetic or will it fundamentally change what it’s all about? 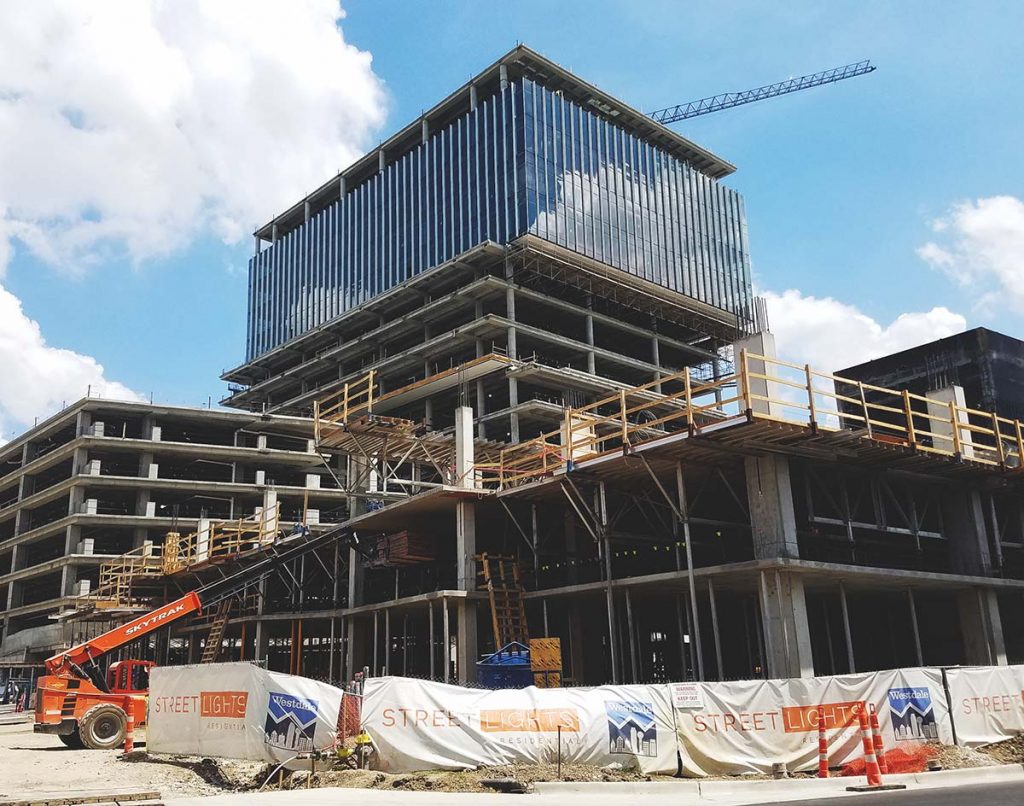 Yes, that’s an impossible question to answer. The best we can do, really it speculate. It’s impossible to see the future.

Or, actually, is it? Along with the photos at the top of this post (found via The Epic’s own website) and its other promo videos, Westdale has also commissioned the below clip of what it’s telling potential tenants its complex will look and feel like upon completion. The video may be a year old, but it’s still being used not just by Westdale, but also by brokers (albeit with different music) who are looking to provide their clients with a glimpse into the future.

Granted, it’s not entirely accurate. A broker we spoke with about the video said that the real-life businesses shown in the clip are just “potential tenants,” and that none of the ground-level commercial lessees for the complex have yet been confirmed. Businesses are very much starting to sign up to move into The Epic office complex, with at least “a couple floors” worth of office space already having been assigned to future occupants.

Still, for all its flaws, the above photos and the below video are as close to the real thing as exists. And, as the entire project continues inching its way upward and nearing completion, it merits watching.

To that end, check it out, in all its Sims-like glory:

Looks kinda like… well, everywhere else, if you ask us.