The Epic History Behind The Knights of Pythias Temple In Deep Ellum. 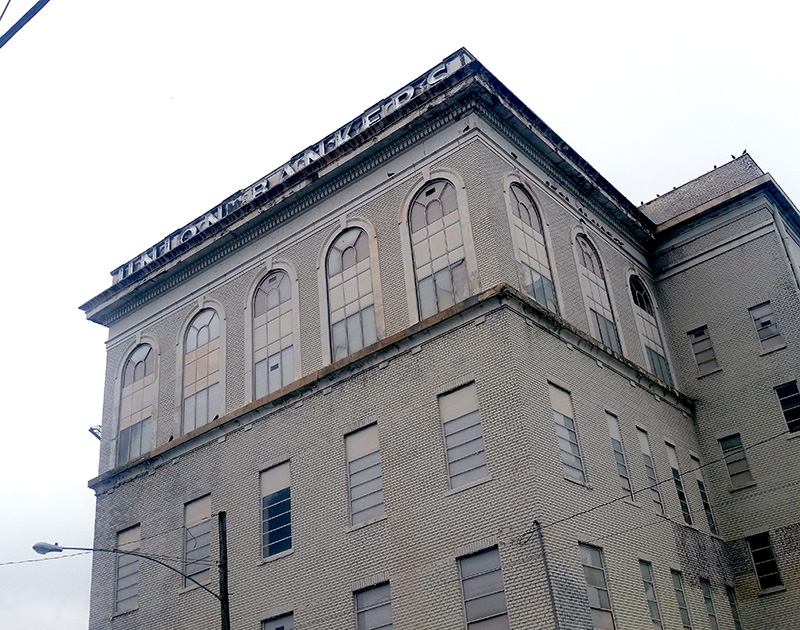 At Deep Ellum’s Busiest Intersection Sits An Eyesore That Was Once A Cultural And Business Hub For Black Professionals In Dallas. And Sooner Than Later, It’ll Be A Big Deal Again.

At the corner of Elm Street and Good-Latimer Expressway stands a blocky, deteriorating building crusted with white paint. It has leaky awning, boarded windows and is girdled in a chain link fence. It is emblazoned with the name “Union Bankers Building,” but that is only one recent incarnation.

The building was originally named The Grand Lodge of the Colored Knights of Pythias Building. Once a defining feature of the Deep Ellum skyline, it housed the fraternal order The Knights of Pythias — think of fraternal societies like the Freemasons or the International Order of Oddfellows. It was the golden age for secret lodges and social orders like this, and early on it prospered.

The Pythian Temple was designed by William Sidney Pittman, Dallas’ first African-American architect and son-in-law of Booker T. Washington and built in 1916 for the fraternal order The Knights of Pythias.

It dominated the black side of Dallas’ segregated social scene, serving as a meeting place, place of business and cultural nexus for the community and is one of the few remaining pieces of non-religious architecture designed by a black architect.

The Knights maintained offices in the building, operated a life insurance company and covered the funeral expenses of those who could not otherwise afford them.

It is the first commercial building in Dallas built by and for African American professionals. It housed a lot of other firsts itself. Benjamin R. Bluitt, the first black surgeon in Texas had offices there as well as Marcellus Cooper, the first black dentist in Texas.

The Great Depression sundered the institution, however, since The Pythians relied on many small life insurance contract payments that customers were unable to pay due to unemployment caused by the financial crisis. They also had trouble keeping offices leased. In 1927 they had 19 tenants, a decade later they would have only eight.

The lodge fell out of Pythian control not long after and would go on to change hands several times in the ensuing years, ultimately ending up in the hands of the Union Bankers Insurance Company in 1959. It was named a landmark despite the objections of Union Bankers in 1989. They moved out in the mid-90s and the building remained vacant until today.

Though it is now moldering and decrepit, it now faces renewal as Westdale, KDC, StreetLights Residential and Vine Street Ventures are deep in the trenches constructing the Epic, a high-rise mixed-use complex that will surround the once great Pythian Temple.

SEE ALSO: SO, WHAT DOES UBER’S ARRIVAL REALLY MEAN FOR DEEP ELLUM? // Luring Uber Is Just The Start For Deep Ellum’s Biggest Land Owner, Westdale Asset Management. Next Up? Another Epic Tower And A Murky Lizard Lounge Future.

The developers will restore the Pythian Temple’s original red brick beaux-arts style and will incorporate it as a main entrance of the Epic, including using it as a kitchen and events space.

“The Epic will complement Deep Ellum and provide state-of-the-art office space, residential and hospitality to the neighborhood, further contributing to Deep Ellum’s resurgence and sustainability as Dallas’ most unique urban neighborhood,” Westdale CEO Joe Beard said in a statement.

KDC is developing the 250,000-square-foot office tower, which will sport a rooftop café and fitness center. The residential building will stand at a towering 20 stories, making it the second tallest building in Deep Ellum. Retail space will take up the ground level of the building.

“The Epic residential tower is inspired by the classic architecture of Main Street and the industrial buildings in Deep Ellum,” said Doug Chesnut, CEO of StreetLights Residential. “The building will have two personalities, with the Elm Street façade reflecting an early industrial aesthetic and the inner façade that we call ‘the music,’ reflecting the musical and artistic energy of the district.”

The office tower, Pythias Hotel and the residential tower are slated for completion in 2020.