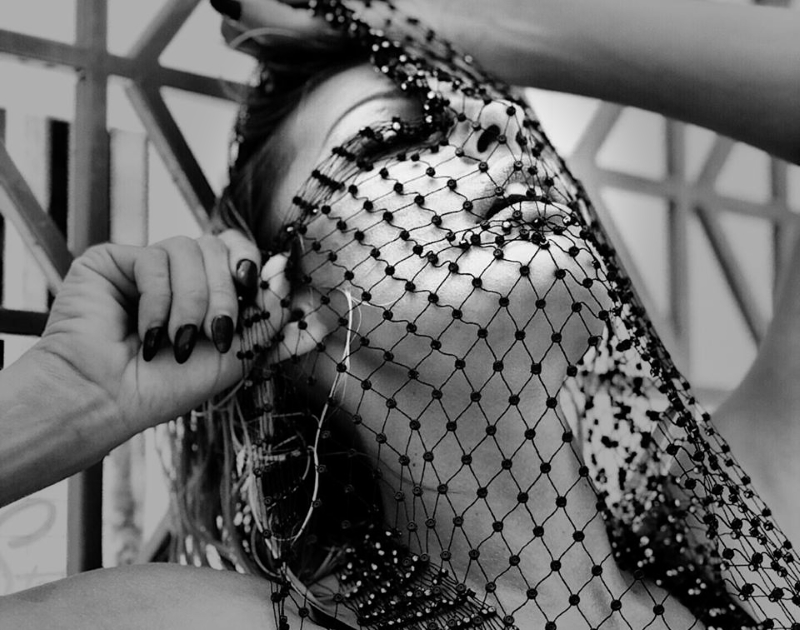 Larry g(EE) – “Central Valley (feat. Sam Lao)”
RIYL: Seven-year itches.
What else you should know: Seven years after releasing his four-song Weekends EP, Larry’s back with another four-song EP, this one due out in November. With so much time between releases, it’s reasonable to expect he’d have changed somewhat. And boy has he! No longer is he doing the horn-driven retro soul thing he was doing when he used to play with the then-unnamed Texas Gentlemen as his backing band. Now it’s more of an electro-pop solo project, which is, gotta say, a slightly less unique way to showcase his gift as a vocalist. For the debut single, he’s also joined by the always wonderful Sam Lao.

Clovet Mae – “Ashes”
RIYL: Not being touched.
What else you should know: From kind of out of nowhere, Clovet Mae’s debut single dropped this week. And rather immediately, it’s tough not to imagine big things from the previous unknown. Like Young Thug before her, she is styled by local designer Smith II. In fact, the release of this banger also coincides with some new Smith II merch, the purchase of which also grants you free entry to her August 24 showcase at The Foundation Room.

Jesse Gage – “Tired of Myself”
RIYL: Garage marimba.
What else you should know: A few weeks ago, Gage recorded an EP with Fort Worth’s go-to for this type of stuff, Mr. Britt Robisheaux at Cloudland Recording. The 817 veteran Gage has split time with several acts in the scene, including Movie the Band, Big Heaven and Bitch Bricks, not to mention being credited for reinvigorating a War Party that was kind of feeling tired of itself. The rest of the album hits September 21, with a release show coming the next night at MASS.

War Party — Pure Destroyer
RIYL: The end of the beginning of the end.
What else you should know: After the departure of original bassist Tyler Moore in February — he’s off doing Army ROTC stuff right now —  there’s been some question as to whether the band will continue or, at the very least, in what capacity it will should it choose to do so. This theme is kind of echoed in the Moore-penned closing track of the band’s new record, “Raccoon Song,” where frontman Cameron Smith sings “Sometimes it feels like it’s not the end / Sometimes it feels like it.” Depending on context, the record feels both like the last chapter in a book, and the first.

Ish D – “Flashlight (feat. Bemyfiasco)”
RIYL: Shining bright.
What else you should know: The Bobby Sessions/Sam Lao/Lil Wayne producer has got a long-in-the-works solo EP coming out on August 31. This lead single features the vocal stylings of the always smooth, always on-point Bemyfiasco, whom Ish calls his writing partner. The love-centric disc infuses house music with some R&B, vastly broadening its appeal.

G.U.N. – “Allergic”
RIYL: The ring you never won.
What else you should know: The man they call G.U.N. scraps his usual up-tempo aggression for a soft and slow, Post Malone-style emo/folk/rap track here. FranchiseDidIt and FKi 1st team up for the production here, which accounts for much of the new direction for the rapper, to be sure. In our defense, this is an assessment I made before putting two-and-two together and realizing that FKi 1st was the same guy behind Post’s Malone’s five-times-platinum hit, “White Iverson.”

LEV – “XYZ”
RIYL: Doing you.
What else you should know: This time last Friday, the Dallas electro-pop artist dropped her dance-ready empowerment anthem in which she answers the questions “Why the hell can’t I be me?” with a resounding “Why the hell not?!” Just keep on doing you, LEV. Don’t let nobody stop you.

Jason Eady — I Travel On
RIYL: Country before country was country.
What else you should know: We’ve written about Eady a number of times leading up to this album’s release — or, in other words, we’ve written about him each time he’s put out a new promo single. But now the full album is out, so here we go again! Anyway, the gist of what we’ve said do date is that this is the first album he recorded live with his current backing band. They used only acoustic instruments, and his wife Courtney Patton joins the crew on backing vocals.

Kacey Musgraves – “Kansas City Star”
RIYL: Driving big ol’ Cadillacs with wired wheels.
What else you should know: Later this month, an all-star Roger Miller tribute double disc is due out, featuring the likes of Brad Paisley, Kris Kristoferrson, Dwight Yoakam, Huey Lewis and Cake. To promote it, they’ve released Kacey Musgraves’ contribution, a spot-on cover of Miller’s 1965 Top 10 hit about “a local television children’s show personality who would rather stay in the safety and security of his success in Kansas City than become a bigger star – or risk failure – in Omaha.” It’s much more in line with her pre-crossover Golden Hour material, leading me to think it’s been a minute since this was tracked.

Medasin — Irene
RIYL: Getting some sand in your laptop.
What else you should know: After tons of singles, mixtapes and various other collaborative projects over the years, one of our favorite local producers is finally dropping what he considers his first official solo project — it’s on Spotify and everything! The drums always slap on his electronic beach-jazz tunes, and hopefully this encourages you to dive into the mountain of wealth stockpiled on his Soundcloud page. You’ll really dig almost all of it, we think.

88 Killa – “Still Skrtn”
RIYL: The Don’t Take it Personal podcast
What else you should know: It’s been a minute since I’ve heard a new 88 Killa track — and, to be honest, I’ve low-key been wondering if he still skrrrts! Worry not, though: He’s totally still does, even if this song’s rather dated Jerry Sandusky reference maybe doesn’t. And the production by Kartel Kush also, like, 100 percent skrrrts.

Jake Paleschic – “Some Days”
RIYL: Making good things out of bad, bad news.
What else you should know: Just like his old roommate Leon Bridges has done a couple times now, Paleschic recorded his sophomore album at Niles City Sound in Fort Worth with ex-White Denim members Austin Jenkins on lead guitar and Josh Block engineering and playing drums. If anything, it shows the versatility of that crew, which has been able to fluidly switch from its old duties as touring indie rockers to studio aces capable of the throwback soul of Leon’s first record as well as its futuristic R&B follow-up to, now this sleepy, ‘70s singer-songwriter vibe.

Fantasy Camp – “Waiting for the Sun (feat. Lil Lotus)”
RIYL: Arithmetic.
What else you should know: On his new project, Pennsylvania singer Fantasy Camp taps former Dallas metalcore singer Lil Lotus for a collaboration. For his part, Lotus has been sort of leading the charge for a while now on an upstart emo/hip-hop genre that’s starting to take off. Between them, the pair add some hip-hop beats over a math rock guitar loop. Whether you love this stuff or hate it, there’s a good chance it’ll make you cry. Which, we suppose, is the goal!