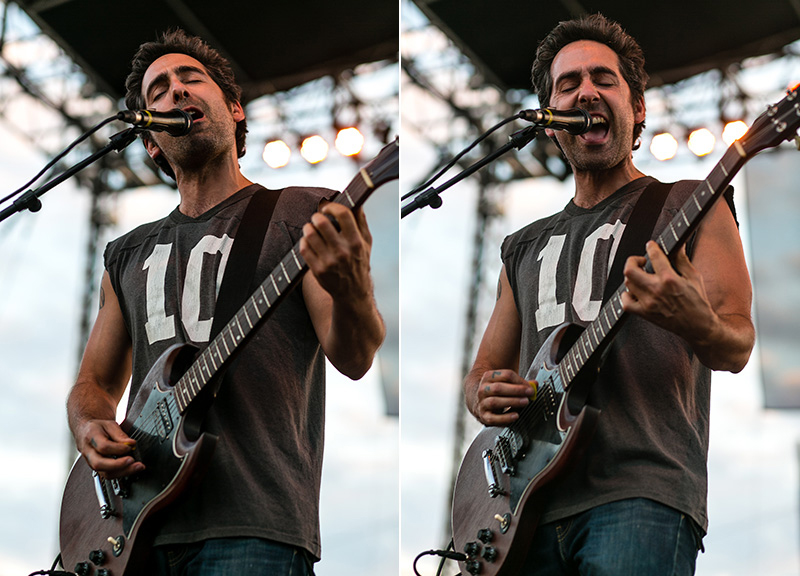 Our Running Diary Recap of Index Kicks Off With Slow Starts, Buzz Bands.

Friday.
6:10 p.m.: Technically, this year’s index festival kicked off at 4:30. But with work still letting out and a mostly local lineup opening things up, there just aren’t many people here yet. Right now, Patriot is on the Prekindle stage, playing to about 15 people. It just looks unfortunate. — Mikel Galicia

6:11 p.m.: I will say this: The grounds for this year’s fest offer a much better environment than last year’s Trees parking lot-hosted affair. — MG

7:12 p.m.: Seems attendance isn’t the only thing holding back the earliest moments of this year’s festival. Sound issues appear to be a concern. Portland’s Blitzen Trapper spent the first ten minutes of its set dealing with them. They’re recovering nicely, but still. — MG

7:30 p.m.: How the eff did Corby Davidson, host of “The Hardline,” which airs during afternoon drive on The Ticket, beat me here? I literally heard him on the radio when I was parking! — Cory Graves

7:30 p.m.: Seems to me that the biggest winners of Friday night are going to be Grainger, Sheraton and the iPhone 6. You can’t help but see the logos of the first two on the buildings behind the stages as you’re watching a band play. And, as for the iPhone? Everyone has one already. — MG

7:35 p.m.: Future Islands runs through a song to test the sound and it throws off the crowd and the photographers alike. Both were ready for the show to start. Nope, not yet. One hint: Frontman Sam Herring looks disinterested. That’s not like him. — MG

7:40 p.m.: Blitzen Trapper is finishing up its set. But people are already heading Future Islands’ way. I guess “We have one more song left, and I really want to see you go wild for this one!” is festival code for “You better start lining up for Future Islands over at the other stage already, you dummies!” — CG

7:41 p.m.: Spotted: I just saw a girl wearing a plaid flannel that read, “I heard it on NPR” across the back. “She made it herself!” her friend said as I snapped a picture of said girl flaunting her handiwork. — Zoe Mattioli

7:50 p.m.: I can’t tell if the crowd is small for Friday night or if the grounds are just way bigger than last year. — MG

7:51 p.m.: I guess I still don’t “get” Future Islands. Unless all these people really did just show up to watch this guy dance. — CG

7:54 p.m.: It takes until the third song of Future Islands’ set — “Walking Through That Door” — for Samuel Herring to go full Samuel Herring. — MG

7:59 p.m.: I liked these festival grounds so much better before my allergies started kicking in. — MG

8:01 p.m.: The sun is setting behind Future Islands’ set, silhouetting the downtown Dallas skyline and bringing to mind other major urban music festivals such as Lollapalooza and Austin City Limits where the city serves as a backdrop for the musicians. Dallas is in some ways the ideal city for a festival like this. The stages and skyscrapers compliment each other perfectly. — ZM

8:38 p.m.: During Spoonfed Tribe’s last song of the night, one of the band’s drummers stands up and beckons the dispersed crowd to come in close to the stage. This brings some of the eccentric amount of energy the band had on stage into the audience. Everyone jumps and claps along to the punk-with-a-taste-of-funk music. — ZM

8:48 p.m.: I’m really enjoying seeing the Mercantile Tower, the neon Pegasus and Bank of America building all lit up behind Ryan Bingham during his set.– CG

9:17 p.m.: The electric violinist in Ryan Bingham’s band plays so furiously that several strings on his bow break. And yet he continues to rock on. He’s a true champ. — ZM

9:24 p.m.: The outdoor shows are coming to a close and the indoor shows in Deep Ellum’s many venues are kicking off. I’m heading over to see Pansy Moon and I’m really hoping the band’s name is a misnomer. — CG

9:34 p.m.: Over at Three Links, Fort Worth band Cleanup is playing a fine set. It’s just three nerdy guys playing math rock. It’s not really my thing, but they do it really well. — MG

10:11 p.m.: Sudie, it turns out, is actually even better than her tremendous hype. She’s owning this Trees set. — MG

10:40 p.m.: I think every drunk person at the fest all decided to check out the Felice Brothers. Real talk, though: I don’t know that I’ve ever seen Dada this packed. — CG

11:00 p.m. Wow. Dada is crazy packed for The Felice Brothers. Friday night at Index has clearly been meant for the KXT crowd. — MG

11:30 p.m.: Holy balls, the brothers Felice have a lot of energy! They’re like the Diarrhea Planet of hipster country. — CG

12:15 a.m.: Light-up balloons and a man in a complete panda costume bounce around the audience at Trees as Odesza begins its set — and right on schedule, rather impressively. — ZM

12:50 a.m.: Through observation, I realize that the best way to dance to Odesza’s music is to do something along the lines of the hula hooping, while also doing the Lil B cooking dance — and on top of a seesaw, I think? I’m not sure. It’s tough. And it seems the only people to have mastered this ancient art are the members of Odesza themselves. — ZM

Click here to read along as our running diary recap of Index faces off with vague Christian overtones and beautiful backdrops! 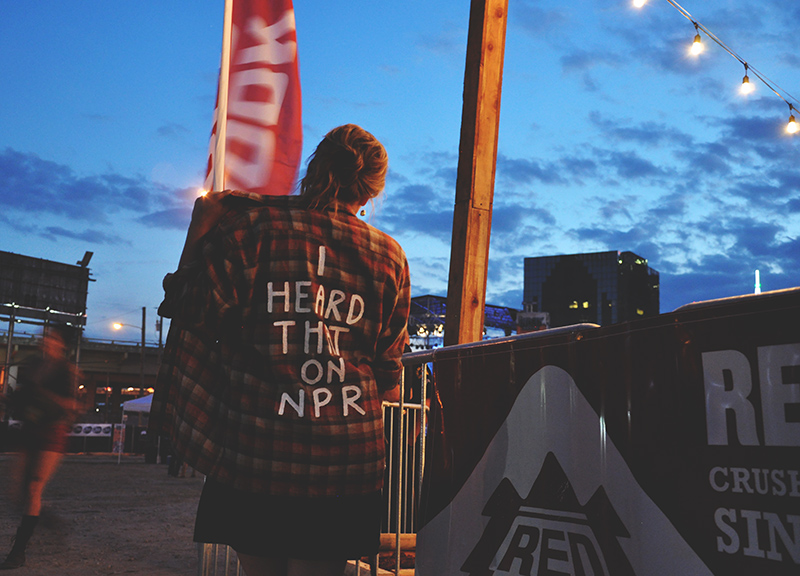 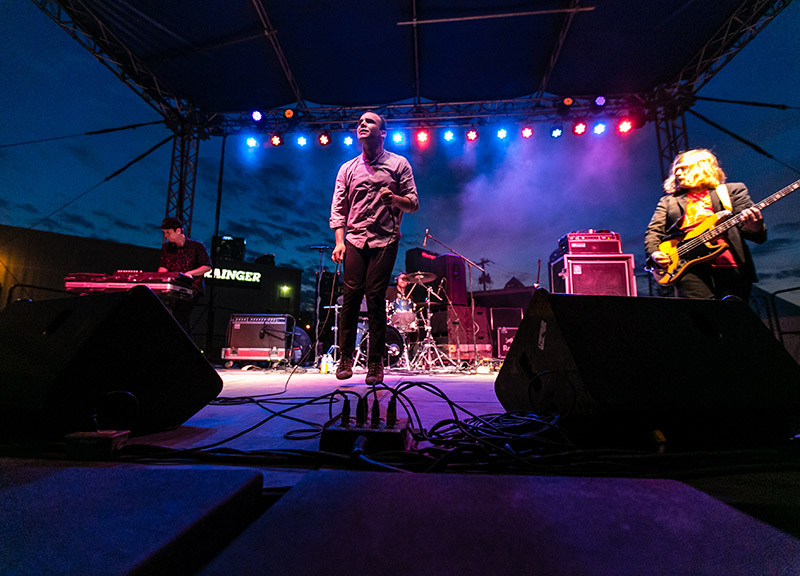 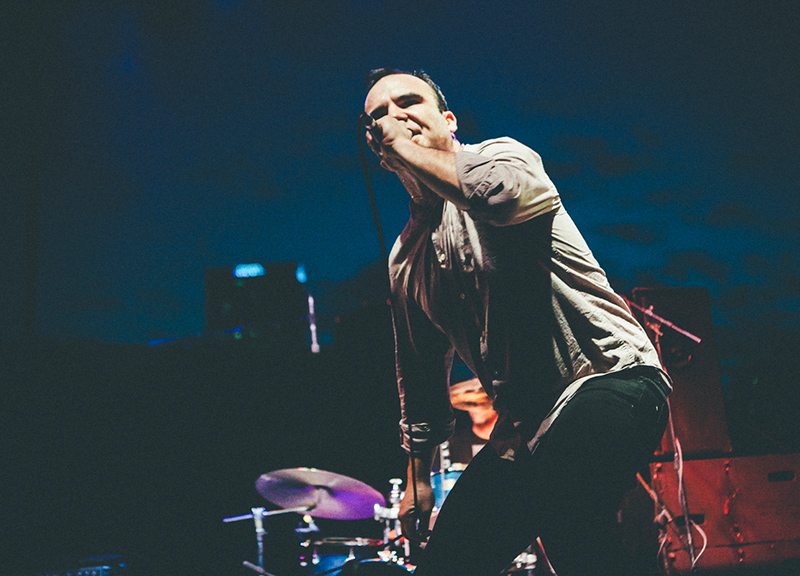 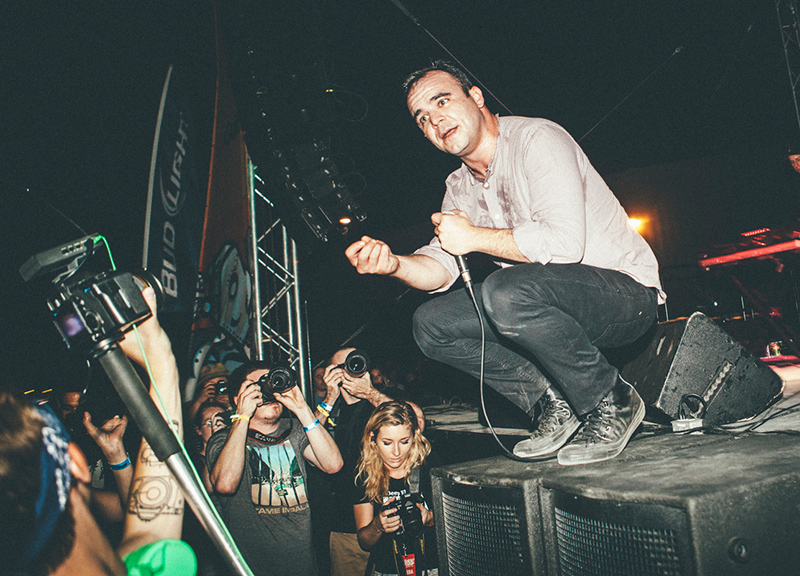 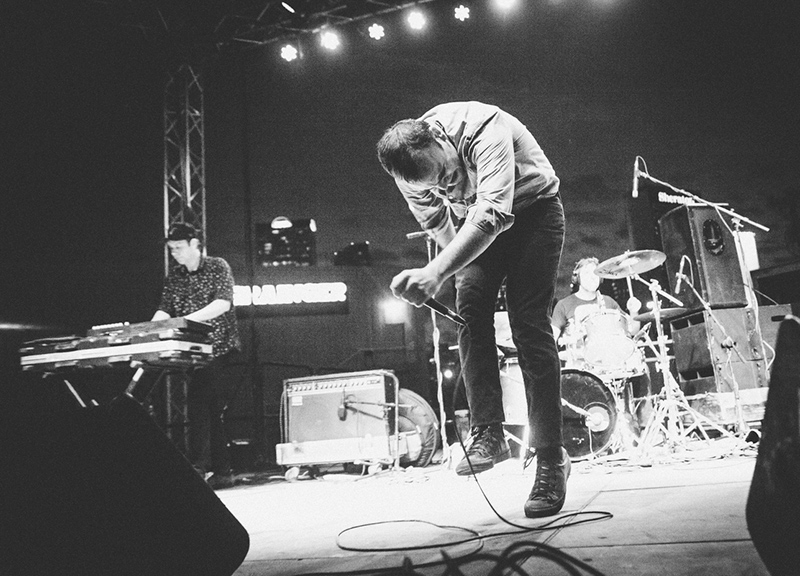 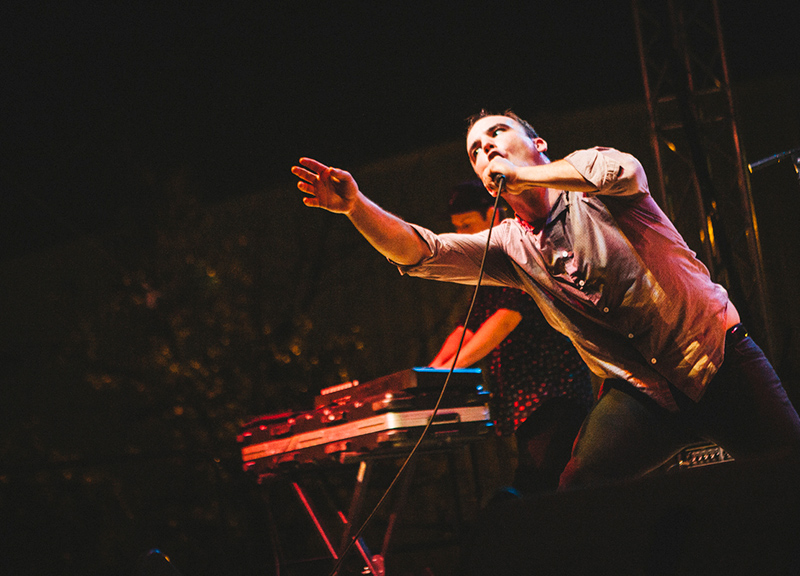 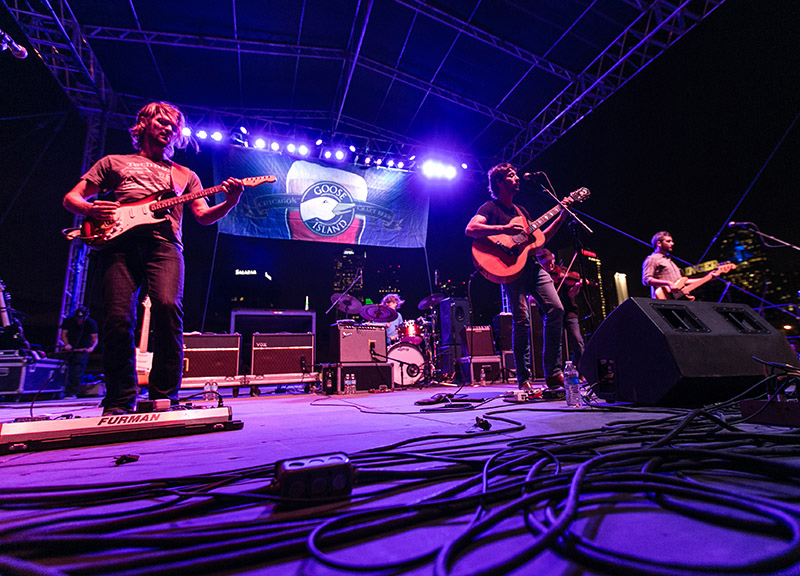 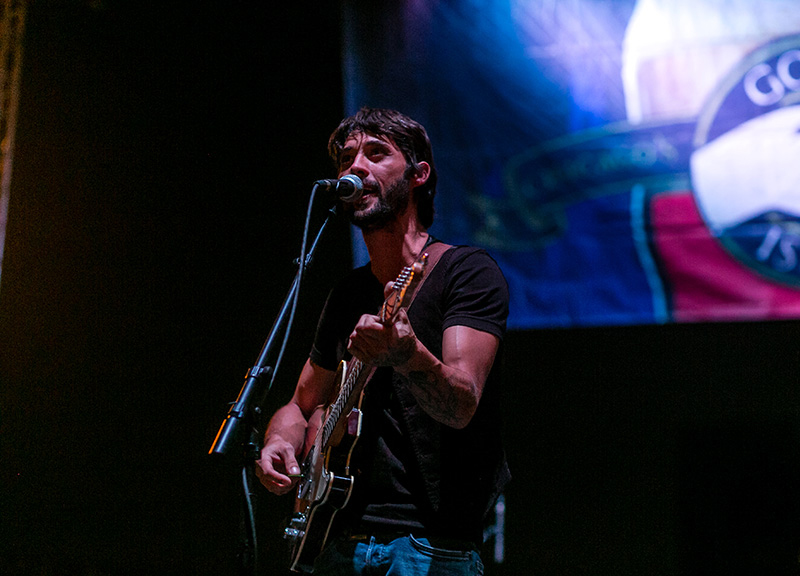 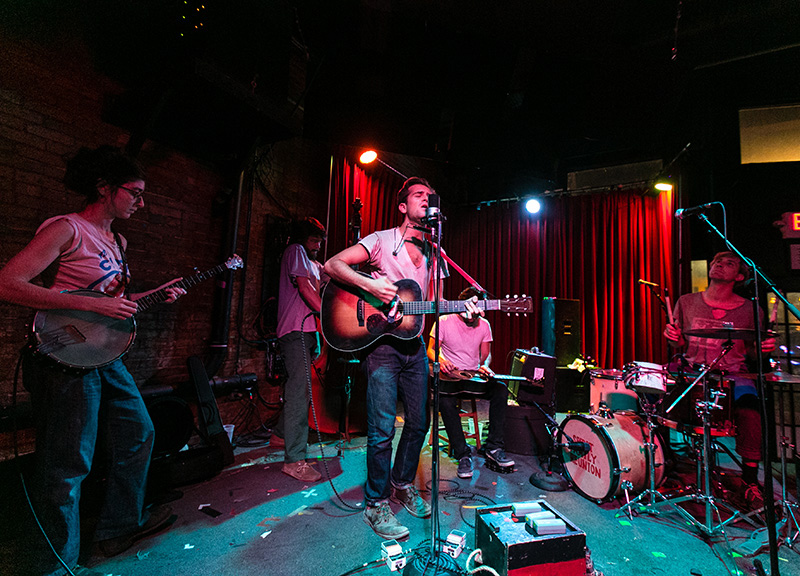 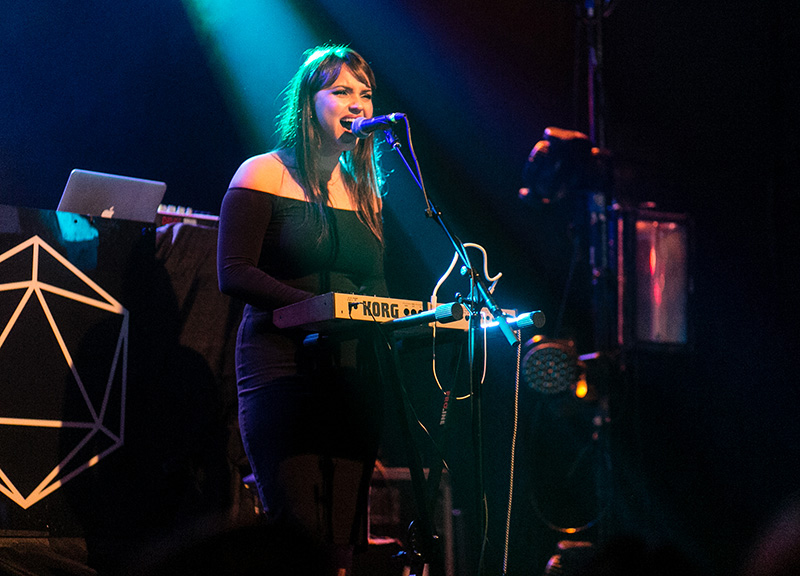 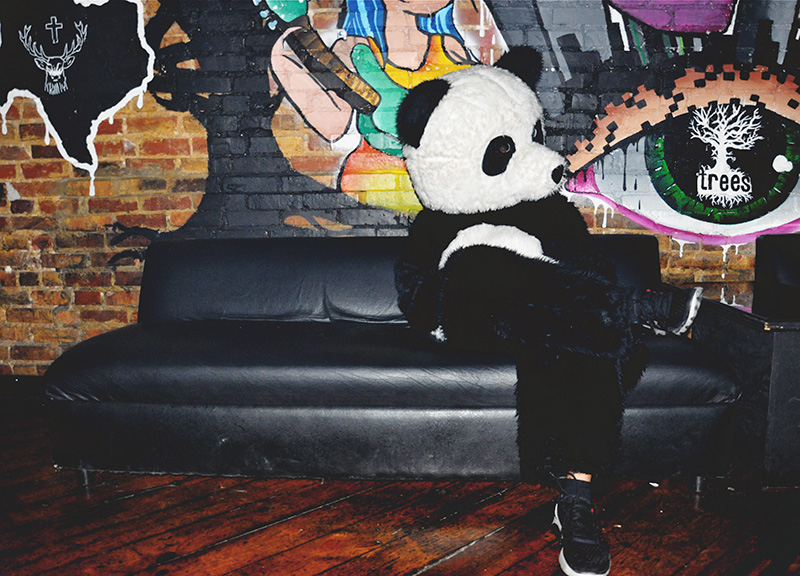 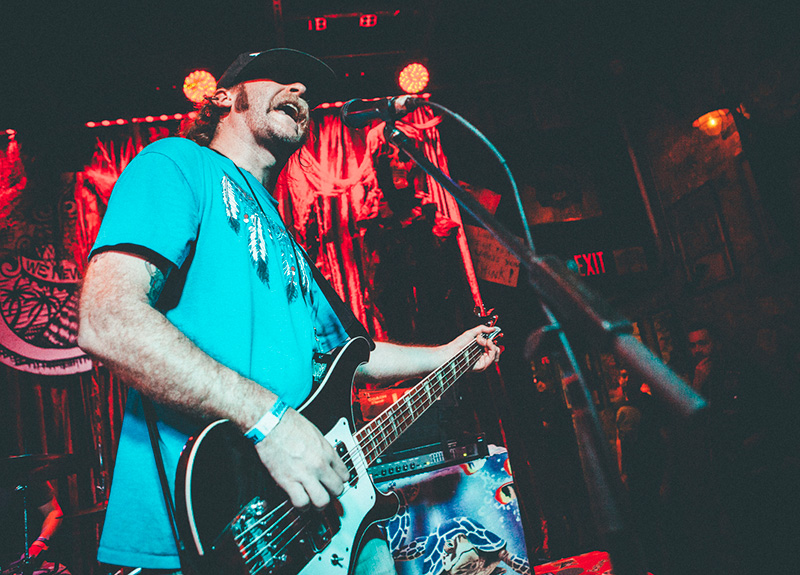 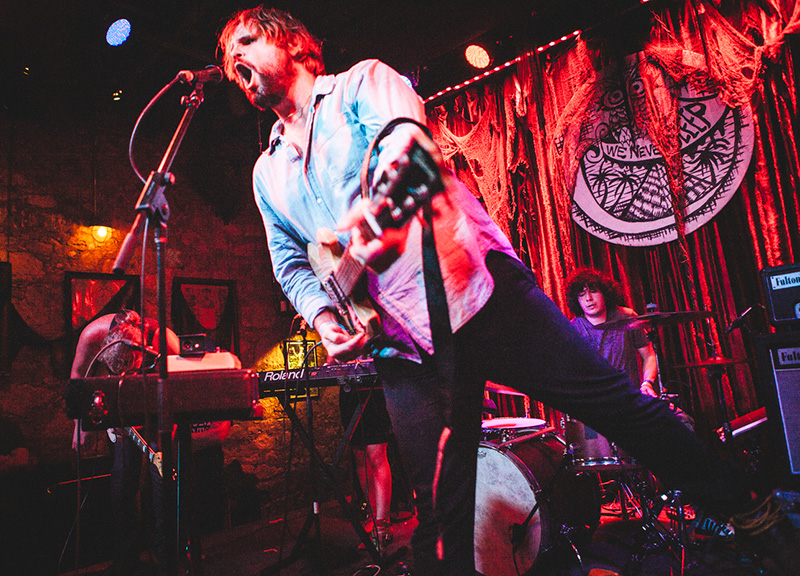 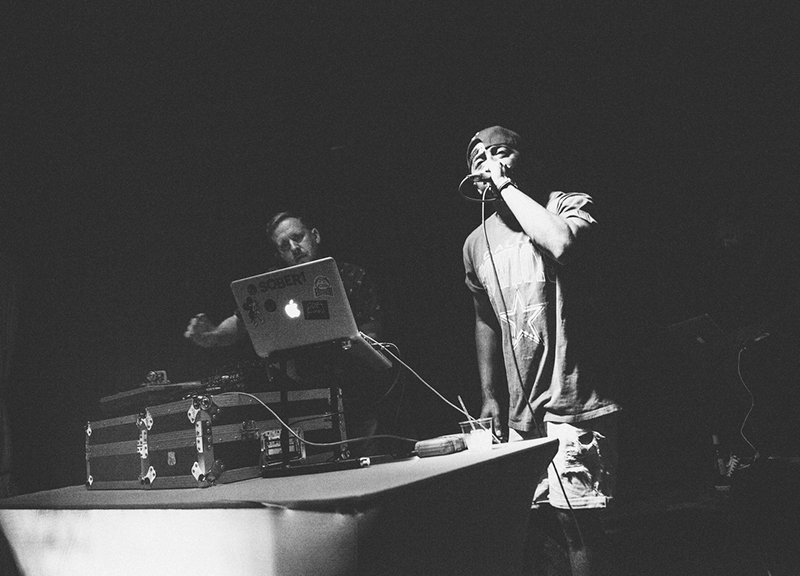 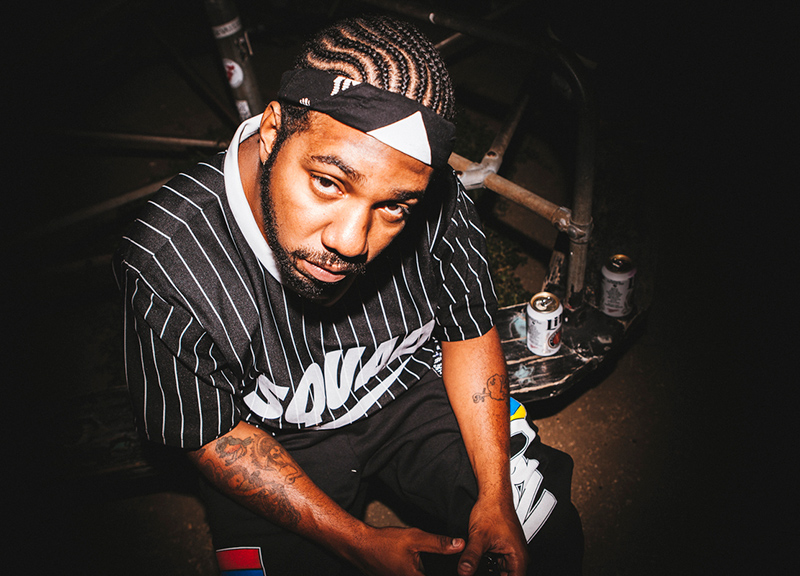