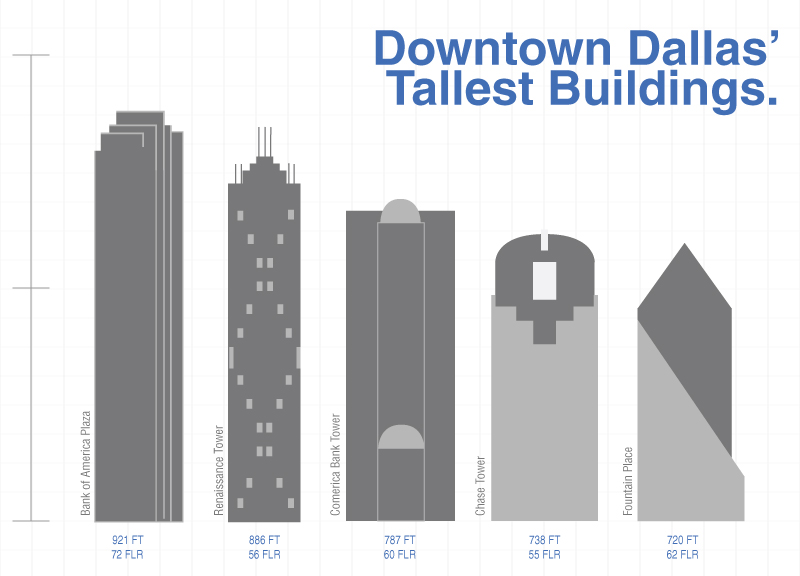 A Look At Dallas Skyscrapers as Deep Ellum Gets Ready To Triple In Height.

Over the years, Dallas has turned a billion steers into countless buildings made of mirrors.

Hey, all those people flocking to one of the fastest-growing regions in the country gotta live and work somewhere.

Traditionally, these skyscrapers have been mostly concentrated in the Downtown area, each doing their part to contribute to the best skyline in the world. Now, some of that construction is headed east into Deep Ellum — and without any highways being torn down either, go figure.

One of the neighborhood’s largest property owners, Westdale, is currently in the middle of a pair of construction projects in Deep Ellum.

On the far east end, workers are already making progress on the 17-story high rise near Main and Murray Streets called the Case Building. It’ll begin leasing its first residential units in the summer of 2017 with final completion aimed for February 2018.

Then, back closer to the Downtown end of things, they’ve also revealed plans to build a 15-story hotel and office complex near the Union Bankers Building at Elm Street and Good-Latimer Expressway. That one will be known as The Epic.

See also: Moving On Up. // Ever Wondered What Was In Your Cool Urban Loft Before You Moved In?


While those won’t necessarily be done anytime soon, we did have the recent realization that there’s nothing really like those two buildings currently in Deep Ellum — save nearby for the 16-story Baylor University Medical Center, we suppose. Other than that, the next tallest building in that neighborhood is the six-story loft building at 3200 Main. Things just gets smaller from there.

So, in honor of Deep Ellum tripling its 15-plus-story building mark in the next few years, we thought it might be fun — or, at the very least, interesting — to sketch out some to-scale drawings and compare the heights of the tallest buildings in Downtown, in Deep Ellum and in a few other notable spots around town.

Whether they figuratively are, it’s safe to say that everything’s literally looking up from here on out. 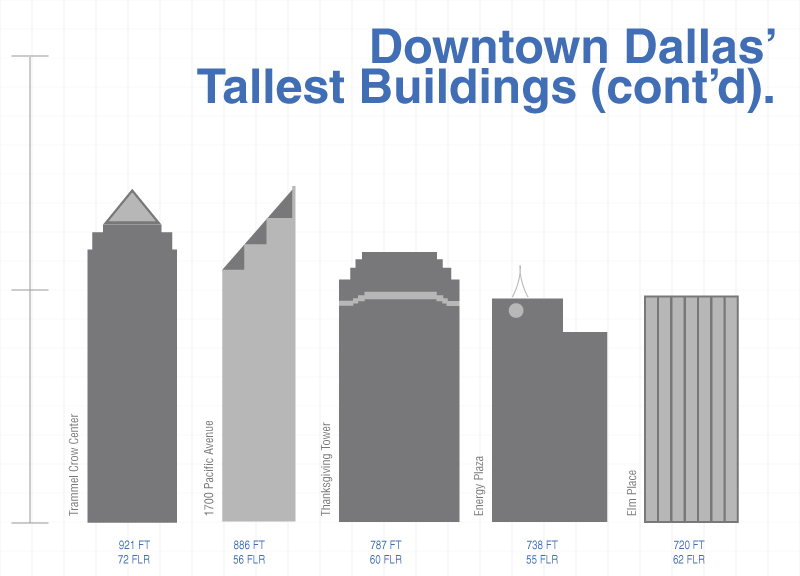 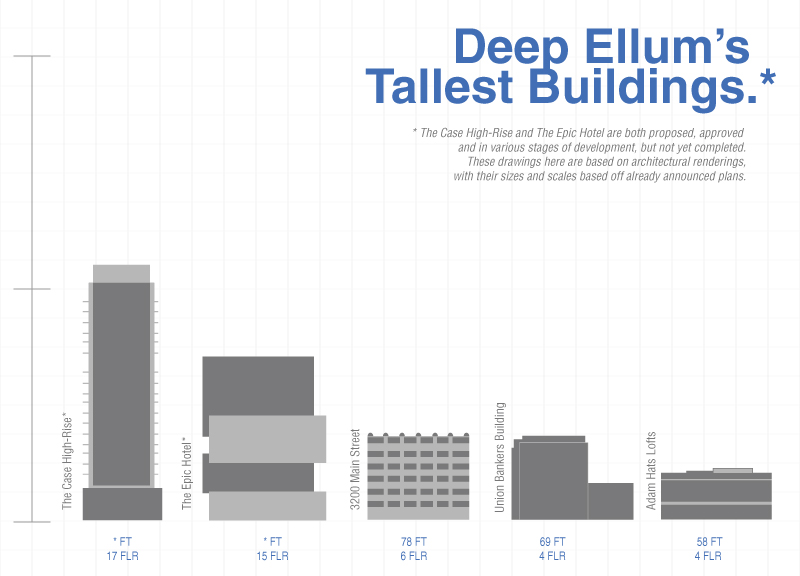 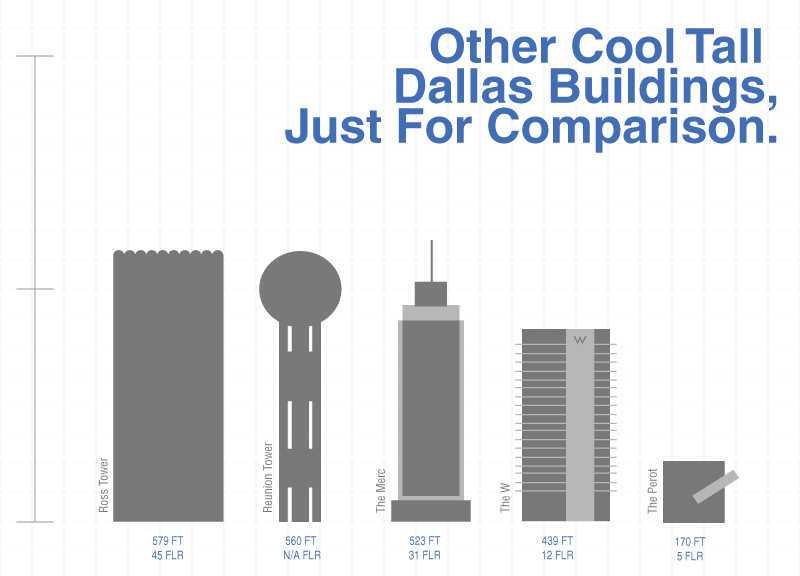