Nothing Was The Same. 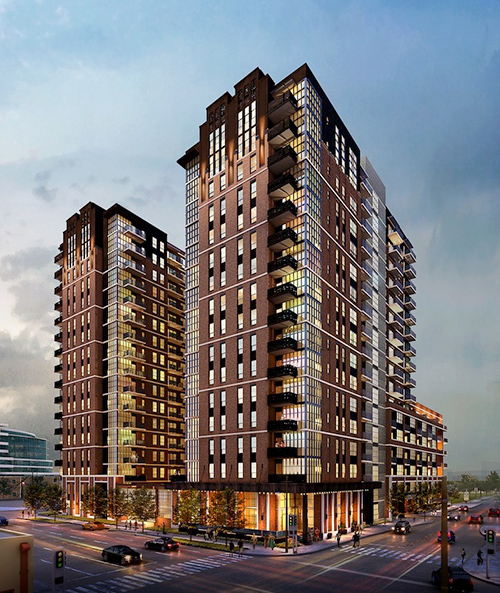 With A 17-Story High-Rise On The Way, The Uptownization of Deep Ellum Continues.

We’ve been leery about the Uptownization of Deep Ellum for a minute now.

But, in retrospect, it looks our most recent diatribe about lofts and Baby Gaps was more prophetic than our more-standard obnoxious asshole rants. That’s because, just this morning, the Dallas Morning News broke the news that Westdale Properties and Street Lights Residential are teaming up to build a 17-story apartment complex right in the heart of the beloved entertainment district in a vacant lot at Main and Hall streets (read: just across the way from Murray Street Coffee).

The high-rise will be called The Case Building and it will boast a rather whopping 337 units. Also? The developers hope to build the thing with an industrial style in mind because blah, blah, blah, Deep Ellum aesthetic, blah, blah, staying true to the neighborhood’s character, blah, blah.

OK, hold on, let’s tap the brakes some. I mean, it can’t be all that bad, right? Westdale Properties has done some good in Deep Ellum. Helping to bring back the Bomb Factory is a huge plus.

We’re still not sure what to make of their plans at “revitalizing” the block that intersects at Malcolm X Bouxlevard and Main Street, though. Is it too early to cry “McKinney!” and get stoked on a Zara or maybe even a Cold Stone Creamery?

Look, it’s awesome that Deep Ellum is hot right now. But turning the neighborhood into a bourgeoisie enclave isn’t exactly what breeds an entertainment district or attracts the cool weirdo youths who make up creative environments.

On to the next one, I guess?