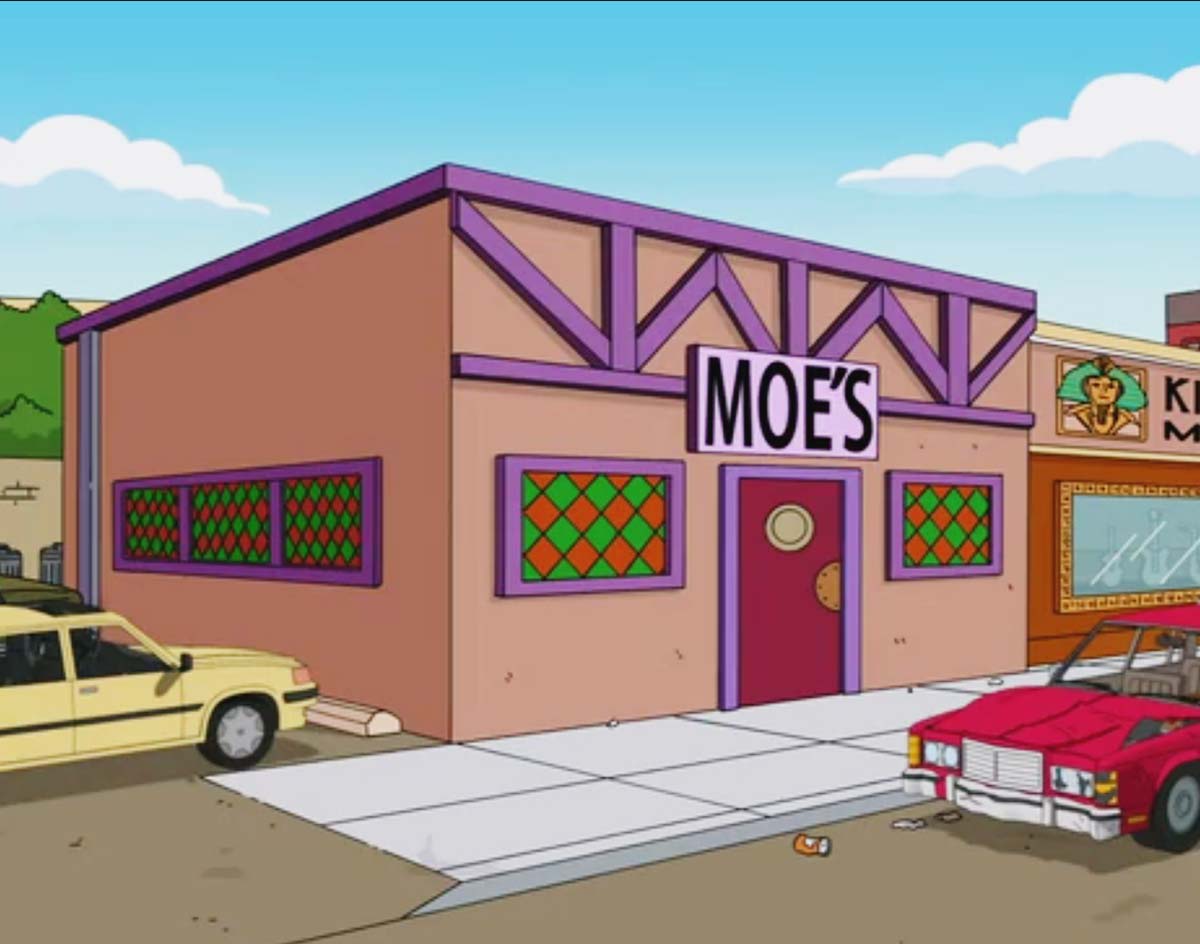 The Themed Pop-Up Bar Trend Continues, Dallas’ Only Lesbian Bar Reopens, Another Gaming Bar Sets Its Sights On Deep Ellum And So Much More.

Hey, Dallas-area The Simpsons fans: Everything is coming up Milhouse!

How so? Well, two Simpsons-themed pop-ups will open up side-by-side on Henderson Avenue for the next two months, starting on Thursday, June 10. Following the lead of a successful similar run hosted by separate groups in Austin a few years back, the neighboring establishments High Fives and The Whippersnapper will respectively be transformed into a Krusty Burger fast-food joint (where they’ll serve Krusty the Clown-inspired smash patties and Homer Simpson’s favorite bar Moe’s Tavern (featuring a “Flaming Moe” cocktail named after the Season 3 episode) throughout this stretch.

Beyond burgers, this temporary Krusty Burger will serve a “Heat Lamp Dog” and “Sideshow Bob Foot Long” (both Nathan’ Famous All-Beef Hot Dog options) and a fried chicken sandwich, according to CultureMap. Moe’s Tavern, meanwhile, will also boast additional episode-referencing cocktails such as “Lil Lisa’s Slurry,” its own version of Duff Beer and “Bart’s Butterfinger Shot.”

These themed runs are the latest from the This & That Hospitality group that has previously hosted Family Guy-, Breaking Bad-, The Office– and Harry Potter-themed efforts at The Whippersnapper. It’s their first attempt at a twofer offering, bringing their next-door High Fives bar and restaurant into the mix.

Of course, that’s by no means all that’s going on in the Dallas bar scene these days. Things are really popping off!

For one thing, the Dallas LGBTQ+ community just got back its iconic queer bar during the first week of Pride month: Sue Ellen’s, the oldest and longest-running lesbian bar in Texas, has finally re-opened its doors after closing due to the COVID-19 lockdown a year ago. The successful reopening came just in time for Dallas Pride  events over the weekend, with people lined up at the door counting down the minutes until opening, according to D Magazine. Whether you missed the grand reopening, the big takeaway here is that Sue Ellen’s isn’t going anywhere.

Also not going anywhere, apparently? Gaming bars in Deep Ellum. If you’re into neighborhood spots like Select Start and Punch Bowl Social, you’ll like this new addition to the neighborhood: Electric Shuffle, a London-sprung high-tech concept, promises to offer a modern take on shuffleboard in which, instead of players using weighted discs down a narrow court, they play the game on electronic screens. While there’s no set opening day,  the Dallas location will be the first U.S. location, and the third second overall following the opening of a second soon-to-come U.K. location. If it’s bringing its London menu to Dallas, Eater reports that guests can expect truffle cheese fries, breakfast pizza and a “Blue Electron” frozen cocktail served in a trophy cup for winning teams.

Speaking of Deep Ellum, a new snow cone stand inspired by New Orleans’ super light and fluffy shaved ice just opened up. Glazed Donut Works owner Darren Cameron is bringing us Shaved Balls of Ice, a new to-go window stand much like the popular doughnut shop he used to run. Per Eater, his customers can choose between two categories of shaved ice: “Old School” and “New School.” The former features the classic flavors we all love (tiger’s blood, bubblegum, cherry, etc.) and the latter are made with fresh fruit purees, whipped cream and sweetened condensed milk to make flavors like creamy guava and tres leches cake. They’ve even got a hangover helper option called the “Bender Ender” that will do the trick with the electrolyte-infused Pedialyte and B-12 inside. For now, Shaved Balls of Ice is only open from 6 p.m. to 10 p.m. on weekends this summer, and on a cashless basis.

Gas station food is also a usual go-to for folks who tied one on a little too hard the previous night, and there’s a new elevated option in the region on this front. See, when Fort Worth’s Mariachi Dine-In left Dave’s Gas Station for a new location on Locke Avenue, chef Angel Fuentes stayed behind and opened his own taqueria at Dave’s called Guapo Taco. His new and improved menu will feature an improved variety of tacos, bowls, tortas and gorditas with Fuentes’ famous, fresh sauces. As PaperCity notes, he’s is also throwing in more vegan options.

If cooking at home is more your jam, Khao Gang‘s Donny Sirisavath recently filmed an episode for Vice‘s Munchies Youtube channel in which he walks viewers through how to make some khao poon — a traditional Laotian noodle soup — in their own kitchens. North Texas’s Laotian culture stays winning, folks!

Of course, many restaurant owners these days are lamenting their belief that too many potential workers are too content with staying home thanks to the unemployment benefits they’ve been receiving throughout the pandemic. To combat that, Texas Gov. Greg Abbott announced last month that Texas workers are no longer eligible for federal Pandemic Emergency Unemployment Compensation benefits as of June. The hope, we suppose, is that taking $300 a week away from people’s unemployment benefits will kickstart people into applying to more jobs, thus ending the current hospitality and service industry worker shortages. But, as Eater’s Amy McCarthy notes in a smart piece on the matter, it’s not really that simple of a math problem.

Fortunately, some things are far clearer. For instance, the Dallas Morning News confirmed this week that, with Pennsylvania’s beloved Yuengling Beer now officially being brewed in North Texas, area beer fans can expect to start seeing these revered brews in stores beginning on August 23.

Finally this week, we’ve got some additional positive news to share out of the North Texas craft beer scene: On Monday, the talented crew at Fort Worth’s Panther Island Brewing announced that it was promoting onetime brewing volunteer Sandra Murphy to its head brewer position, a move that reportedly makes her the first female head brewer in the local craft beer community.

Progress and beer? We’ll drink to that.