The Whippersnapper Has Become A Family Guy Pop-Up. 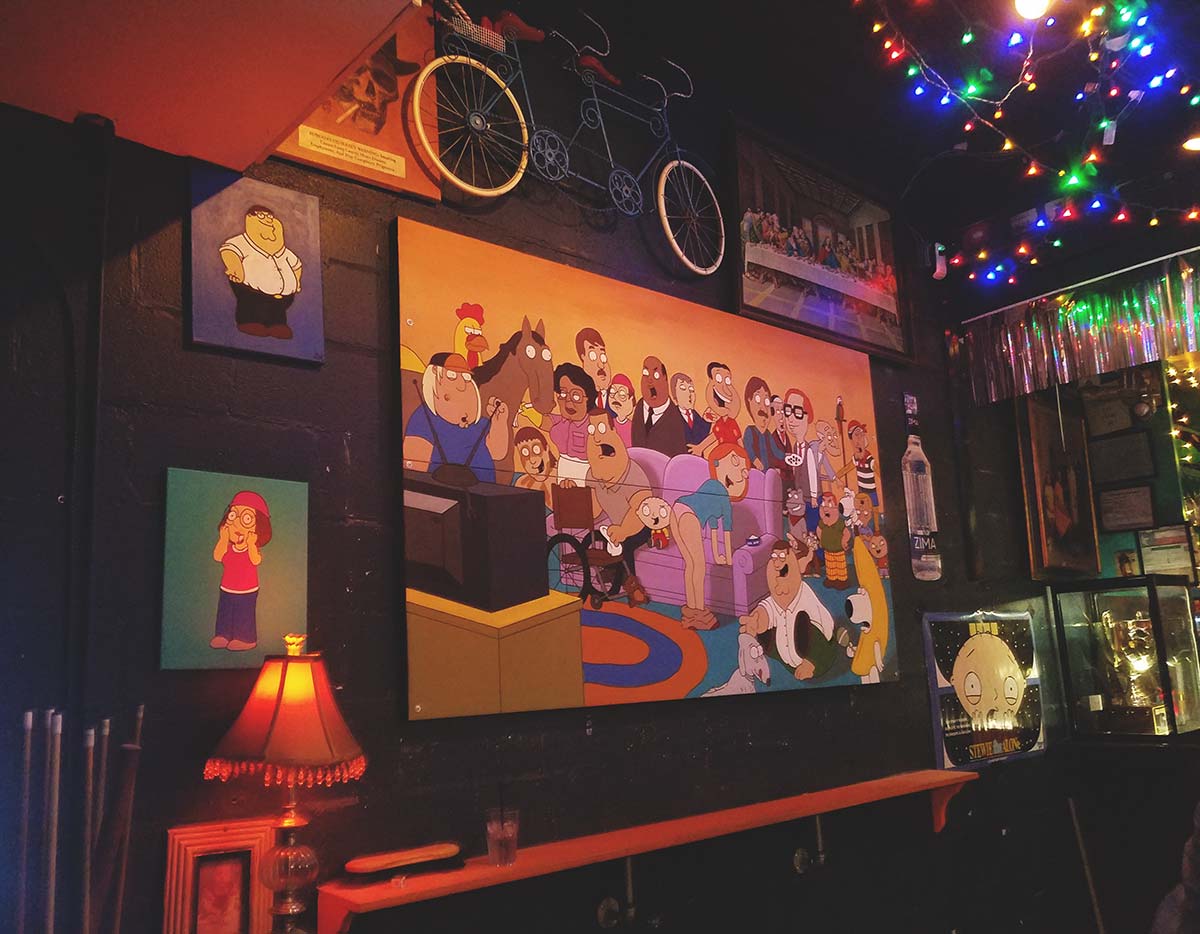 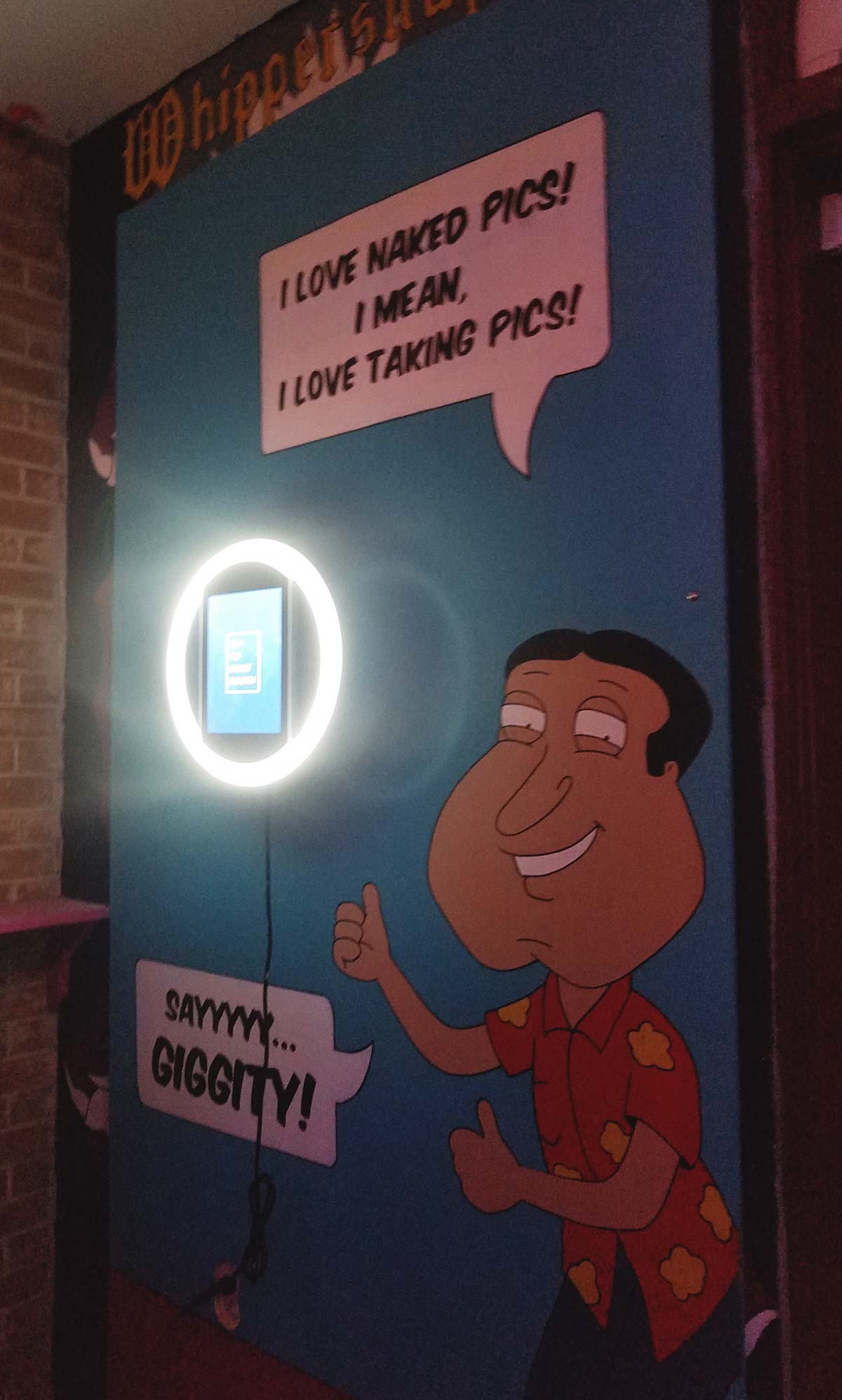 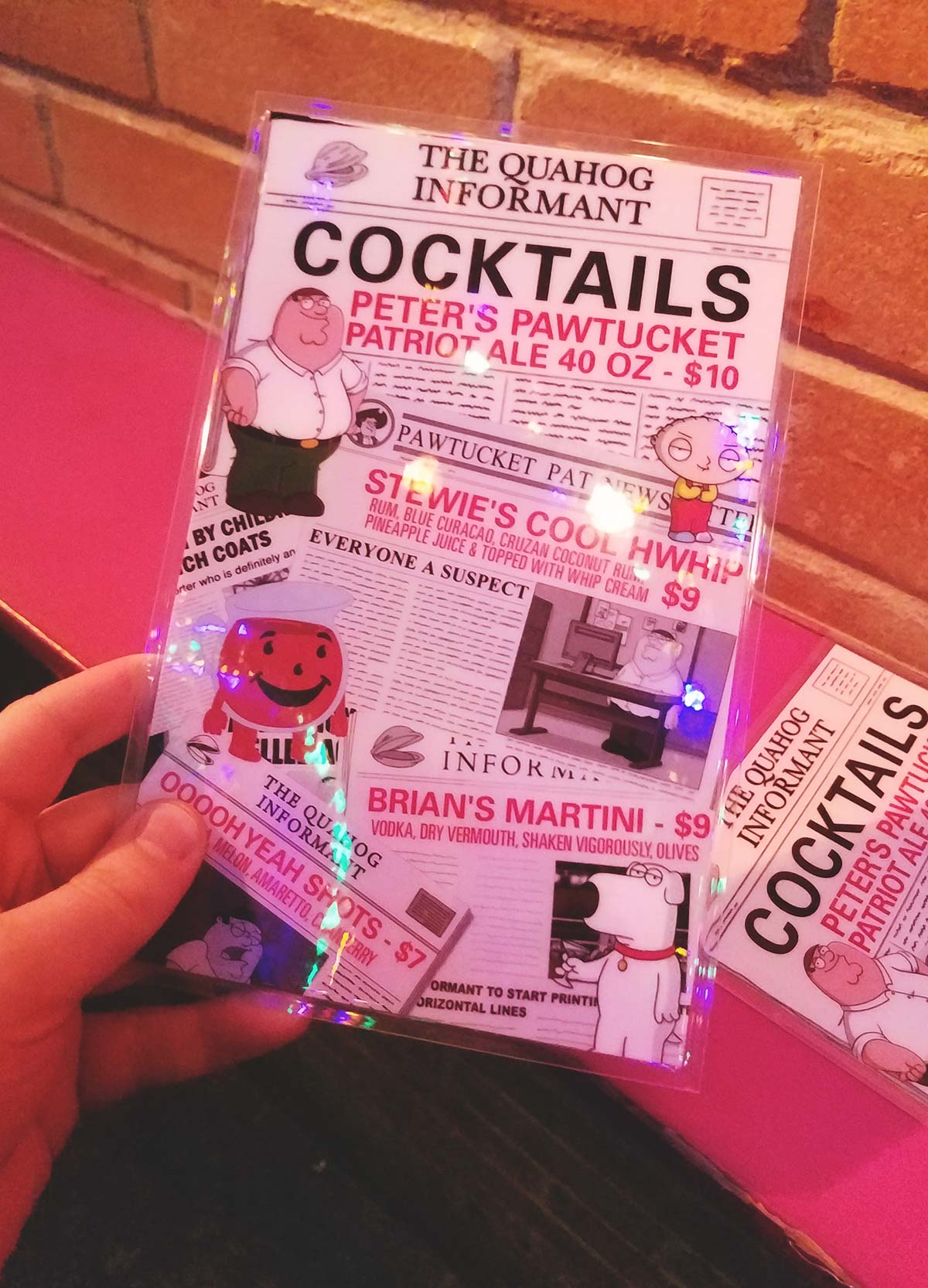 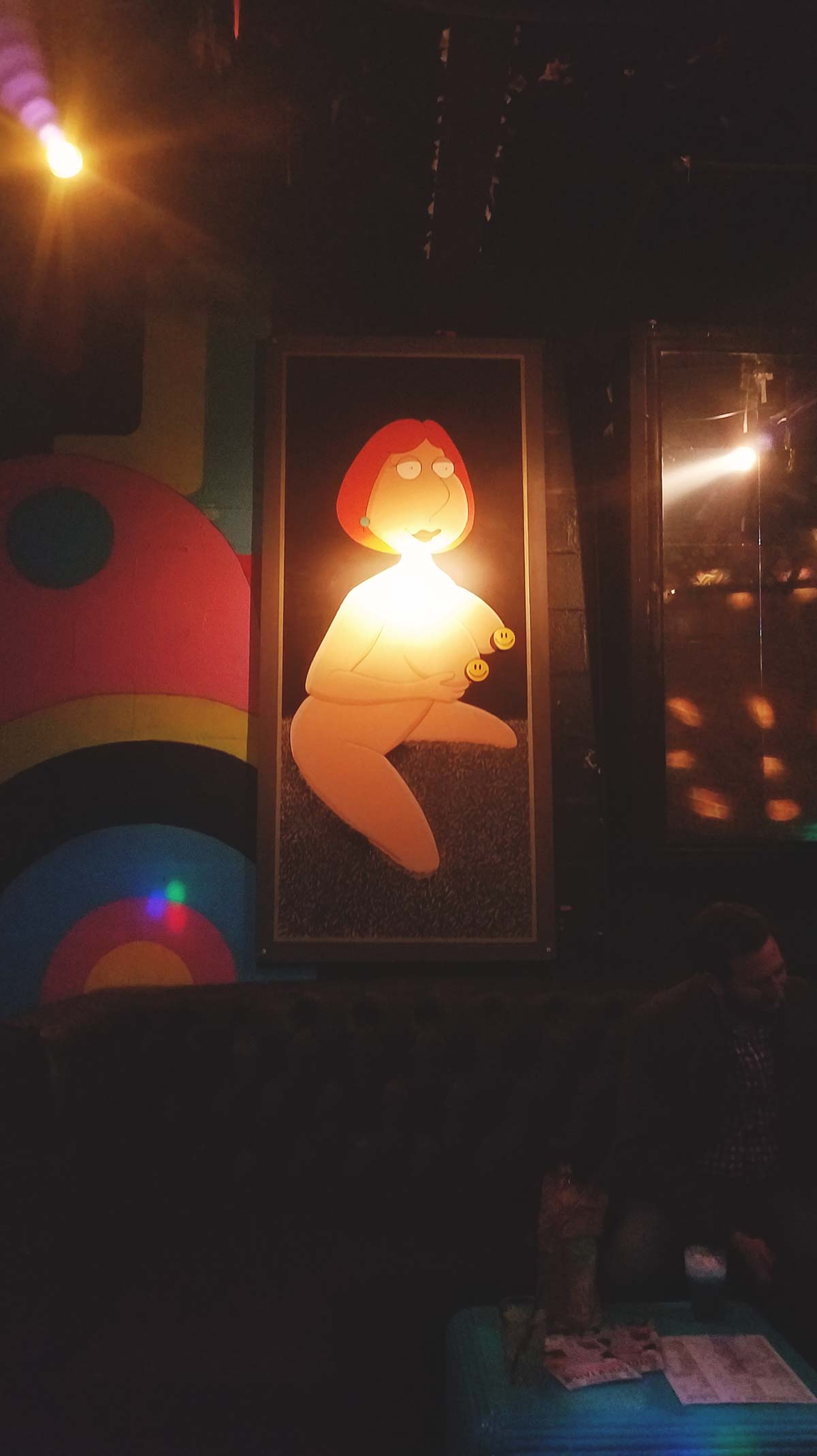 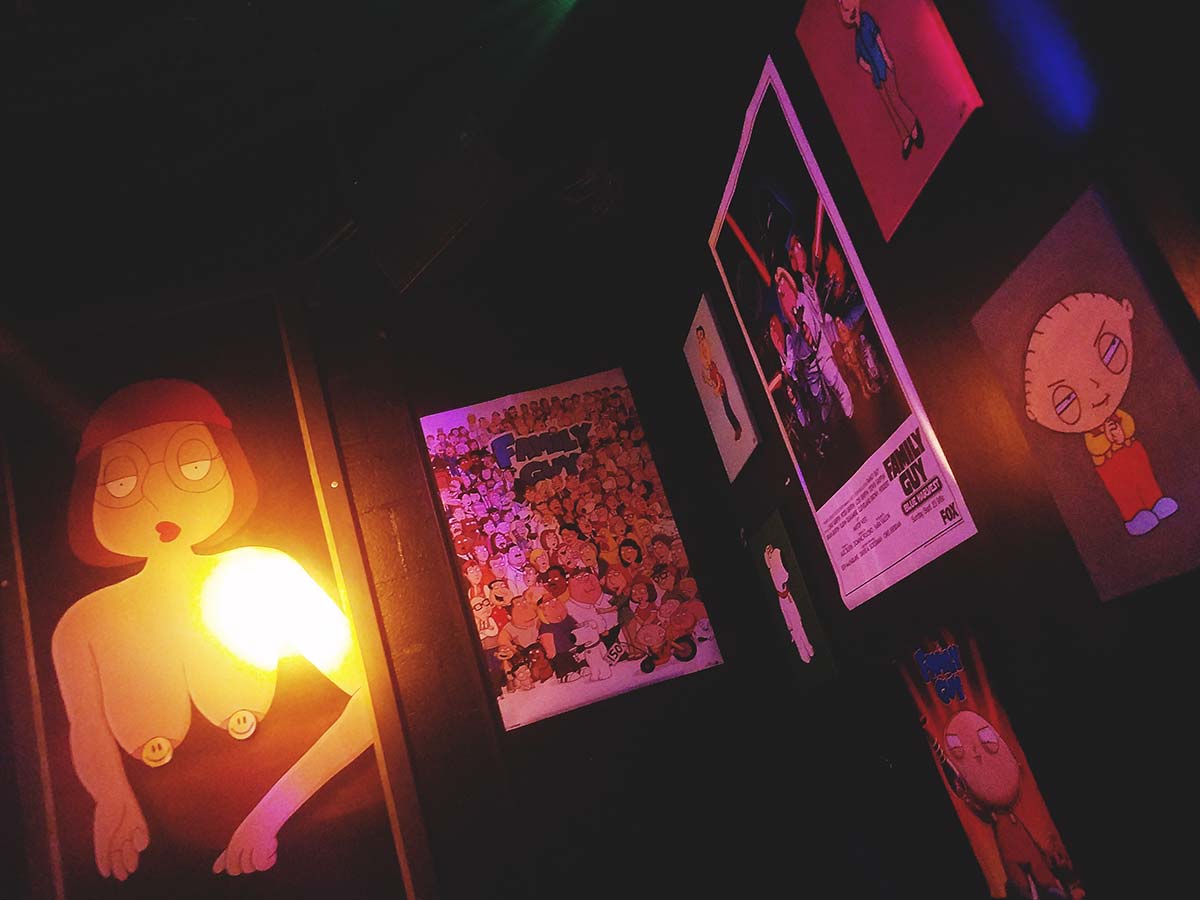 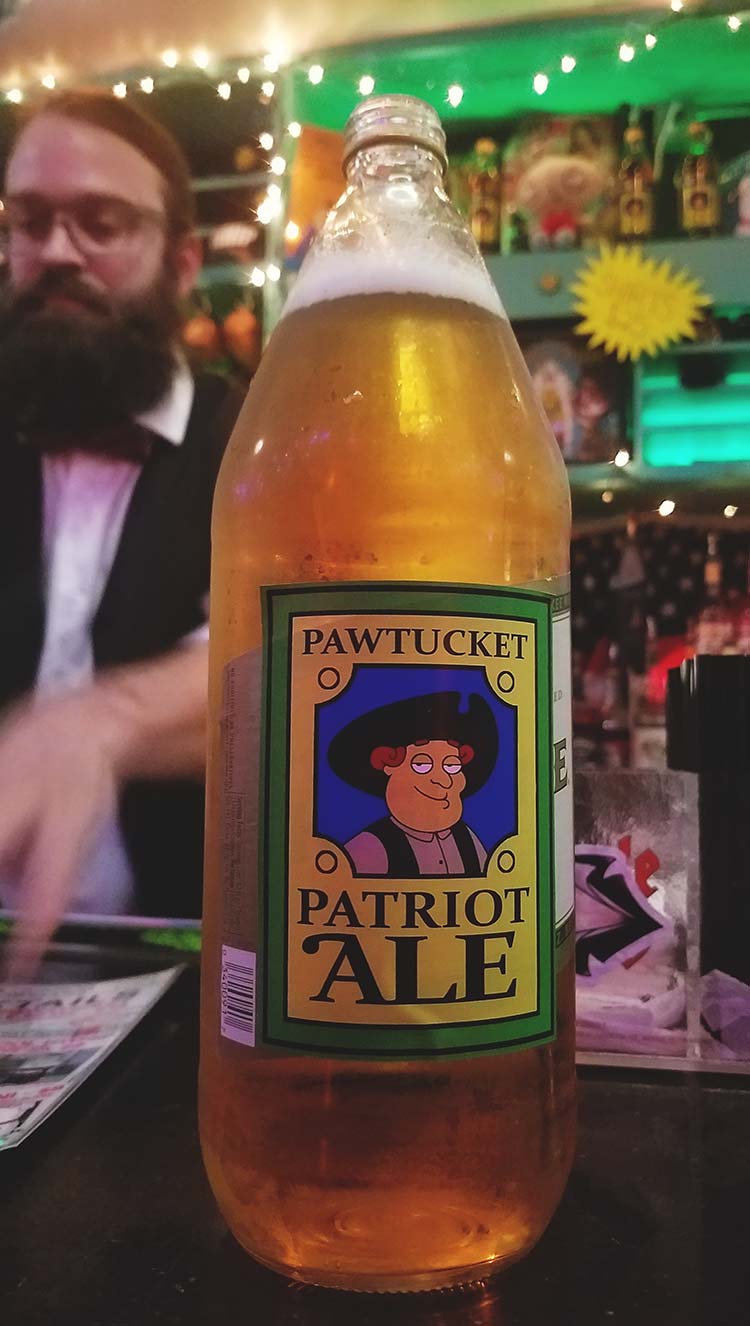 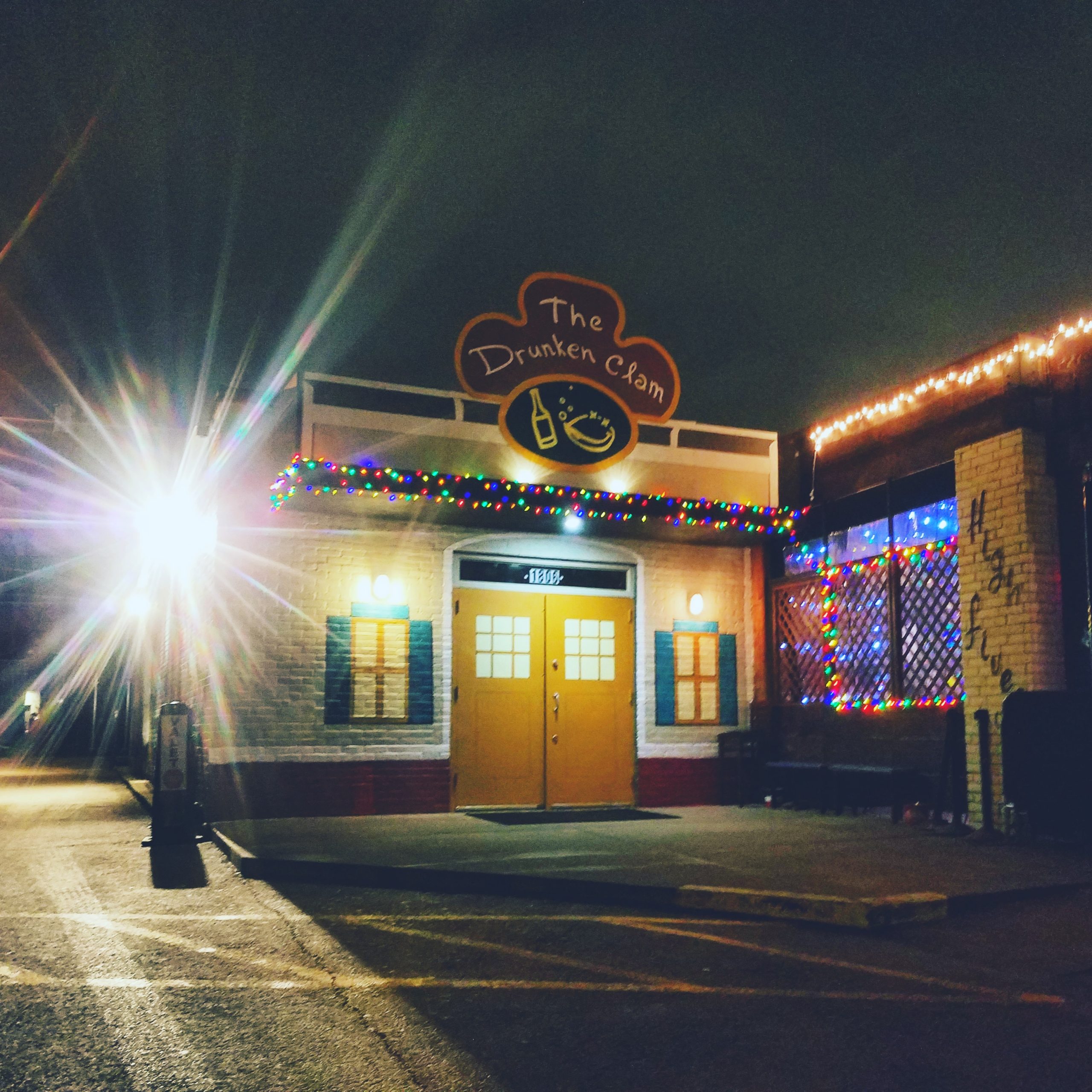 Quahog Comes To Dallas: For The Next 30 Days, This Henderson Avenue Watering Hole Has Been (Kinda) Transformed Into Family Guy‘s The Drunken Clam.

It seems today that all you see (in Dallas, anyway) is Instagram-obsessed museums and places to take selfies.

But where are those good old-fashioned values on which we used to rely? Hell if we know. All we can say for certain is that you won’t find them at the intersection of Henderson and McMillian, as The Whippersnapper has been transformed into Dallas’ latest “immersive experience” for the next few weeks.

Starting tonight and running through February 2, the space (the former home of the legendary Dallas dive The Slip Inn) has been converted into a temporary pop-up that’s centered around a theme of the long-running FOX animated series Family Guy — and, even more specifically, of the characters on that show’s home bar The Drunken Clam.

Nowhere is this conversion more readily apparent than in the real-life bar’s new exterior, which has been built out over the course of the last week to look like a pretty spot-on knockoff of the animated bar’s own front.

Will the real The Drunken Clam please stand up?

Inside the bar — still only open Wednesdays through Saturdays, albeit with extended hours that will now find the spot opening three hours earlier than usual at 6 p.m. — things mostly looks just like The Whippersnapper did, which is to say it boasts a cheekily designed, rather charmingly trashy look. But most of the wall art within the space has been swapped out for Family Guy-inspired paintings created by local artists Jonathan Freeman and Kyle Mcclard, and those little changes go a long way.

A brief menu of specialty drinks has also been crafted to fit the theme: The Whippersnapper’s usual offerings of 40-ounce bottles of Colt 45s and Miller High Life have been gussied up to fit the spirit of the pop-up with new Pawtucket Patriot Ale labels ($10); there is also a blue rum-based cocktail called Stewie’s Cool Hwhip ($9), a dry vodka martini called Brian’s Martini ($9) and Kool Aid-flavored vodka-based “OOOOOHYEAH!” shots ($7).

In the coming weeks of the pop-up’s run, operators expect to add more paintings to their walls, to have uniform Family Guy shirts for their employees to wear and, on the weekends, to employ some actors to dress up like characters from the show and roam about the space.

Does it sound a little like the idea is in some ways still coming together as it unfolds? Well, it’s because that’s very much the case. Whippersnapper co-owners Brandon Hays and Phillip Schanbaum of This & That Concepts (the group that’s also behind such area spots as High Fives, Ferris Wheelers, Tiny Victories and, soon to come, Dibs on Victory) pretty freely acknowledge that the idea came to them just a few weeks back in mid-December, and they admit that they were still finishing up working on the build-out in the final few minutes before Thursday night’s soft opening.

They also openly concede to being inspired for this idea by the national trend of other bars around the country doing this — most notably 2017’s Stranger Things-themed pop-up bar in Chicago and last year’s The Simpsons-inspired recreation of Moe’s Tavern in Austin.

Most of all, they grant that, during the traditionally slow month of January for Dallas bar business, transforming The Whippersnapper into The Drunken Clam is a way to get people excited about The Whippersnapper again — and just in time for the spot to celebrate it’s three-year anniversary next month. In advance of that anniversary on February 8, the bar was already expecting to shut down for a few days in order to allow time for some small construction projects and improvements. Those plans, Hays says, include updated lighting elements, a new mural on the bar’s front exterior wall and other “elevated” touches that aim to keep things “as dirty and fun as they used to be” but without completely overhauling the vibe of the space. Says Hays: “Think of those updates as an improved paper bag for the 40, or maybe a slightly nicer coaster for our plastic cups.” Given that there were already plans to refresh the space anyway, taking a whirl on a pop-up like this was simply a no-brainer. Really, it was just a matter of committing to the idea.

Given the early social media reaction to this pop-up, though, what was once a funny notion taken seriously might turn into a regular thing. Depending on how this pop-up run goes, Schanbaum says The Whippersnapper might end up hosting similar kind of events a couple times throughout the year.

It all depends on how many people in Dallas end up wanting to drink like Peter Griffin throughout the month of January.

“That’s kind of the way things are going these days, right?” Schanbaum says. “People’s attention spans are so short, you have to just keep on giving them reason after reason to come on out.”