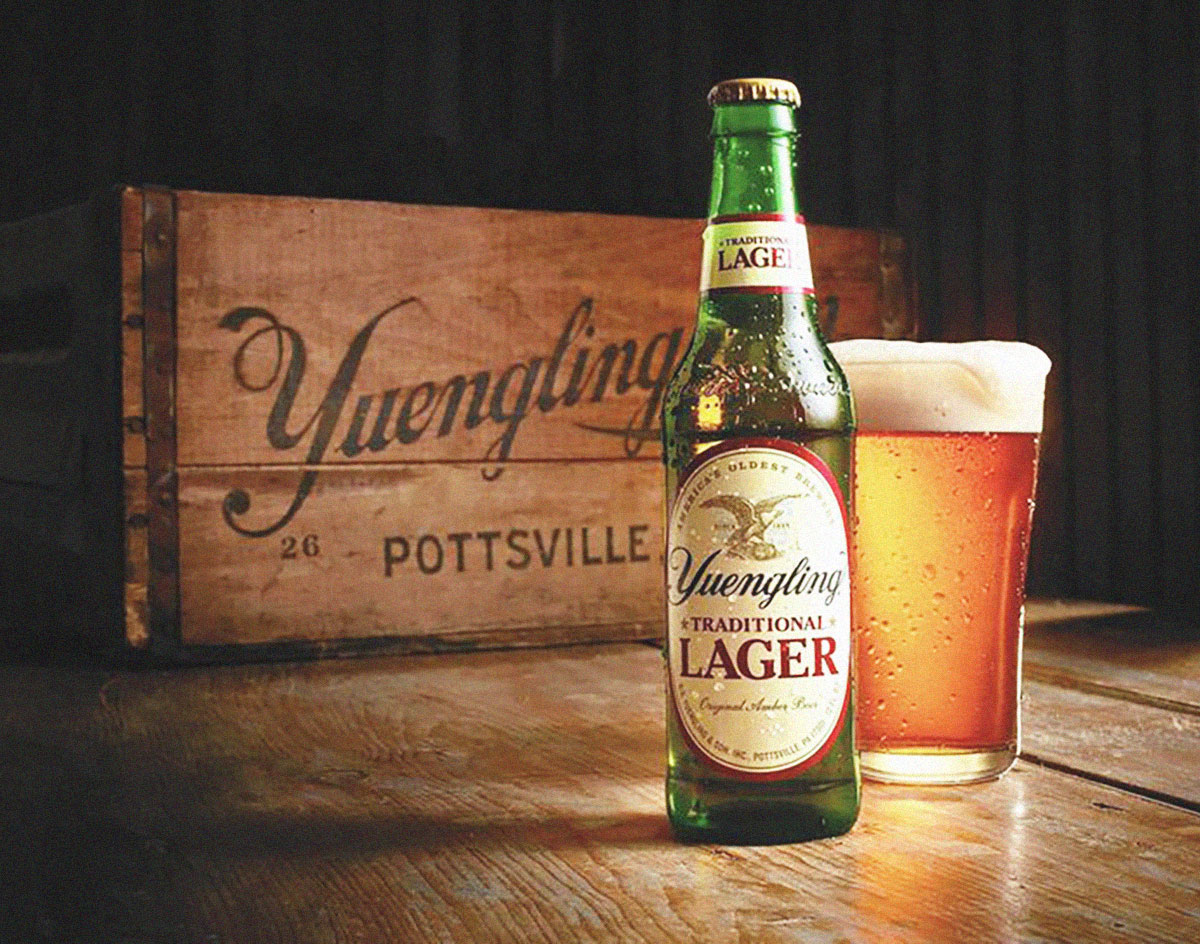 A new partnership between Molson Coors and Yuengling, the oldest brewing company in the country, means Yeungling beer is officially brewing in Texas. Earlier this week, an armored truck pulled up to the Molson Coors facility in Fort Worth with the famous Yuengling secret recipe and proprietary yeast strains, thus officially kicking off the family-owned brewery’s plan to expand their distribution into Texas and outside the East Coast.

The facility will be brewing four of Yuengling’s styles — its flagship Yuengling Lager, as well as its Light Lager, Golden Pilsner and 95-calorie Flight option — will begin popping up in stores around North Texas as soon as this fall, according to the Dallas Morning News.

Of course, it’s important to remember that North Texas has a thriving homegrown craft beer scene all its own already — and one of its biggest players is learning a new trick. This week, Deep Ellum Brewing Company announced that it has a new pickle-flavored spiked seltzer. Per Eater, this new offering called Blind Pickle is infused with “natural dill pickle flavor” and brewed with cane sugar — but, unlike Martin House Brewing Company’s Best Maid Sour Pickle Beer, this one will only be here for limited time. So step to it if you want in on the action, boozy pickle fans!

Meanwhile, a new restaurant coming to Fort Worth this summer may not have pickled flavored beers, but it does promise plenty of pickleball! As Eater notes, Courtside Kitchen is aiming to attract fans of the game — a sort of mishmash of tennis, ping-pong and badminton — with a few courts alongside a menu boasting chimichurri steak, Nashville-style hot chicken sandwiches, poke bowls and craft cocktails.

Sports fans can also look forward to another new option that just opened up in the Design District: Just last week, the long-in-the-works N’Awlins Seafood Sports Bar officially opened its doors with a kitchen completely comprised of New Orleans natives. In turn, Eater says guests can expect a variety of Cajun dishes, including crab cakes, crawfish tails, oysters, jambalaya and various seafood boils — not to mention plenty of frozen daiquiri options at the bar.

Moving on, stand-up comedian George Lopez is the latest celebrity to lend his name to a ghost kitchen operation here in town. Following in the footsteps of Guy Fieri‘s Flavortown Kitchen and David Chang‘s Fuku, CultureMap notes that the delivery-only George Lopez Tacos will begin operations in the region starting June 8. As for the menu? Well, tender and slow-cooked meats, flavorful toppings and salsa sauces are all we know for now.

Speaking of tacos, while we bid farewell to Tacos Mariachi last year because of COVID-19 shutdowns, chef Jesus Carmona isn’t done doing business yet. In fact, Eater reports that he’s coming back with a new taco shop set to open in Trinity Groves. Tacos Milagros will feature mahi birria tacos, al pibil tacos and a burger, plus a Mexico-focused cocktail menu.

Also getting a new lease on life? The old spot that once housed Beauty Bar in Deep Ellum. As CultureMap reports, that space will soon be home to a new dim sum speakeasy called Neon Kitten Izakaya. In addition to dumplings and other small, shareable plates, owners say they hope to host live-music performances within their space as well.

Another space pulling double duty is the new RH Gallery over on Knox Space. In addition to a furniture showroom from the brand formerly known as Restoration Hardware, the three-story facility also boasts the company’s Rooftop Restaurant & Park on its rooftop. While visually inspired by classical European gardens according to PaperCity, the food menu features truffle grilled cheese, lobster rolls, a decadent burger and more.

Even Fletcher’s Original Corny Dogs is doing something new! Per CraveDFW, the venerable Dallas brand is celebrating National Beef Month by adding a new corn dog to its menu called the Make Mine Texas. The all-beef corn dog option will be available this summer at Fletcher’s mobile pop-ups and on its catering menu for a limited time.

Also embracing change? Royal Blue Grocery, which the Dallas Morning News reports is closing its Highland Park Village location this summer while simultaneously rebranding its other locations around the city Berkley’s Market. The DMN also notes that the Highland Park Village location will next house a New York brunch spot called Sadelle’s. The Royal Blue change-up comes at an interesting time, especially considering how a separate DMN report noted just last week that Cornerstone Baptist Church was using the brand as its inspiration for a new nonprofit grocery concept called Southpoint Community Market set to open this spring that will aim to help tackle food insecurities in South Dallas.

Over in Uptown, the McKinney Avenue bar and restaurant Gaslight Dallas will be undergoing some changes of its own — although not by choice. Last Thursday morning, its building was ravaged by a fire that engulfed its patio. Fortunately, the Dallas Fire Department and was able to extinguish the blaze before it fully consumed the building, and no injuries were reported as no one was in the building at the time. No causes for the fire have yet been determined, and owners tell NBCDFW they plan to rebuild.

Lastly, we’ll end this week with some sad news. Just a week after announcing that a new concept was going into the building that formerly housed the beloved Daddy Jack’s space, the man behind that seafood restaurant has passed. Earlier this week, restauranteur Jack Chaplin‘s family confirmed that he passed away at the age of 62. Chaplin opened Daddy Jack’s in 1993 and even expanded the brand some in the ’90s. He eventually sold off his stake in the brand in 2017.