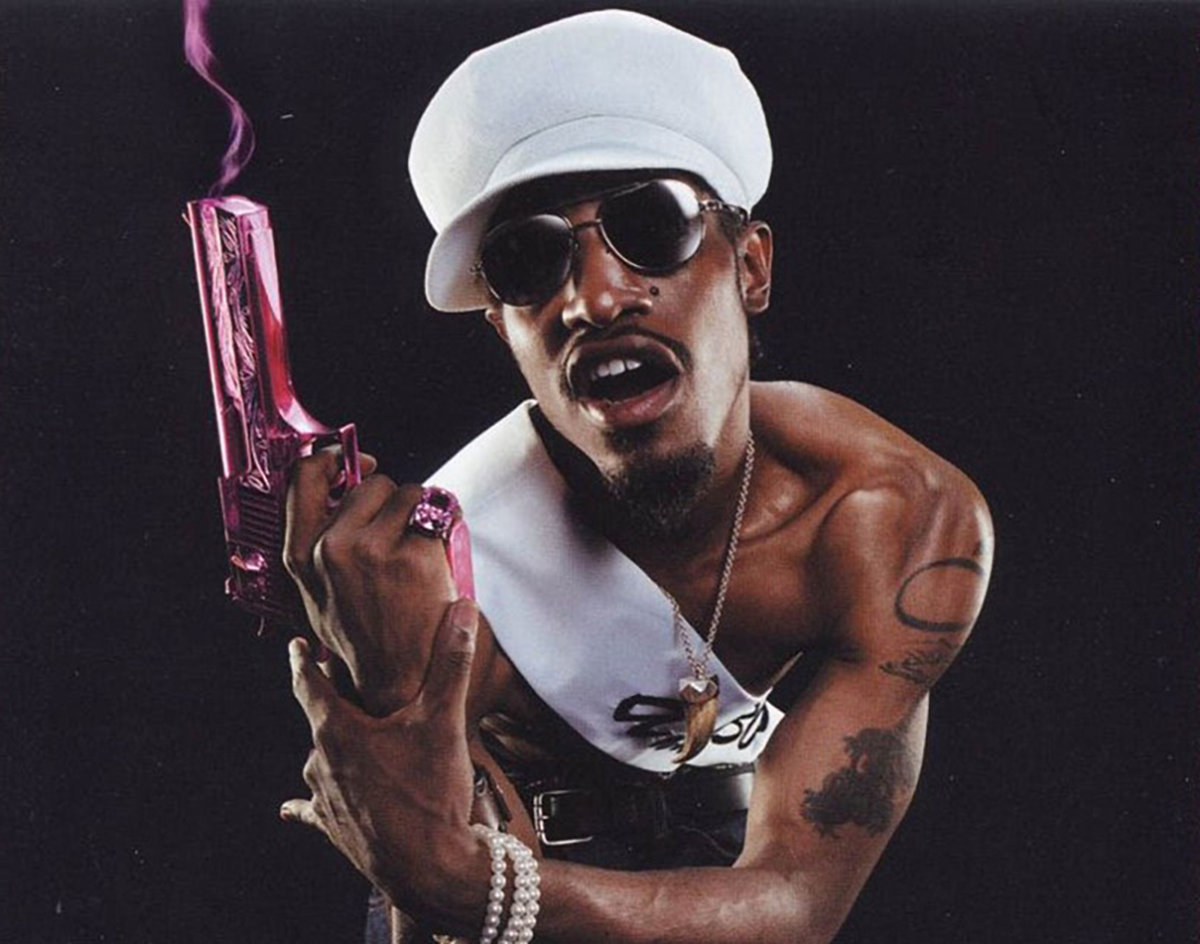 Feel The Love Below With The Grays & Dezi 5, Celebrate Dalentines Day With A $25 Tattoo At Spinster Records & Keep Denton Thrashing. Plus More!

Love might be in the air, but so are plenty of generic love songs.

For Valentine’s Day, Google uncovered the most-searched love songs since 2004 in the United States:

There’s nothing necessarily wrong with that list — the Temptations are great, and we’ll even give some props to “Love Story.” (Hey, it’s a better pick than Swift’s “ME!”)

That said, though Texas cracked the top 5 states that have searched the word “love” the most since 2004, Dallas artists are entirely absent from the above list, despite being responsible for some of the best songs about romance (and the lack thereof) out there today.

To prove our point, here’s some of our picks for a D/FW-centric Valentine’s mixtape, all by artists nominated for this year’s Central Track Music Honors:

The last act on that list, Ariel & The Culture, will also be performing at the Musis Honors ceremony at the Granada Theater on Wednesday, February 19, along with 11 of our other favorite local acts.

We have a lot of love for Dallas culture, and Dallas is returning that love with all these cool events happening this Valentine’s weekend. — Daniel Valdez

Donny Benet at Club Dada
An Australian disco singer that looks kind of like our old friend Mr. Noodle from Elmo’s World? Sounds too good to be true. — Nikki Johnson-Bolden

Chris Lane at House of Blues
Yeah, he can carry a tune, but more importantly, this country singer is married to former Bachelor contestant Lauren Bushnell. Priorities. — NJB

Doyle Bramhall II at Granada Theater
The Dallas native who has worked with blues legends like B.B. King and Eric Clapton has tunes of his own and is sharing them with us  hometown. — NJB

Lovers Fest at RBC Deep Ellum
Fittingly, a guy named Lilbootycall is headlining this surely romantic festival. Maybe this is the one time you can get away with hitting up your own bootycall before midnight. — Natalie Bermudez

The Bralettes at Trees
The trio is bringing its sassy bubblegum-punk to Trees to make Valentine’s Day even sweeter. — NJB

Max Stalling’s 17th Annual Valentine’s Show at Sons of Hermann Hall
For the 17th year in a row, country troubadour Max Stalling is serving up a country-fried Valentine’s special show. Dig in! — DV

Wild at Heart 35mm Screening + DJ Ava W at Texas Theatre
A cult classic romantic dramedy starring Nicholas Cage on Valentine’s Day? We’re in. Besides, this campy flick beats laying in bed alone and crying to a rerun of The Bachelor.  — MG

Kill Em All at Gas Monkey Bar N’ Grill
“Nothing Else Matters” to this tribute band besides paying homage to heavy metal titans Metallica. — DV

Deep Ellum Prom Party at Wits End
If you missed your shot at reigning in on the prom court in high school, or even going to your senior prom altogether, this Deep Ellum dance party is the perfect second chance. even better, you won’t have to call your mom to pick up after this one. Maybe a Lfyt, though. — MG

Spag Heddy at Stereo Live
Stereo Live is hosting a saucy set of dubstep bangers with plenty of meaty bass drops. No instrumental noodling at this gig! Alright, we’ll knock off the spaghetti jokes now. — DV

Keep Denton Thrashing 2020 at Rubber Gloves
For the fifth consecutive year, the friends of late beloved Dentonite Nick Thrasher will honor his memory through this showcase of bands, comedians and a silent art auction. All profits go toward First Book, a non-profit organization that provides educational resources to children in need. — DV

The Grays & Dezi 5 Present: “The Love Below” at Three Links
Electro-pop crooner Dezi 5 and R&B ensemble The Grays are paying homage to Andre 3000’s sprawling psychedelic soul opus, The Love Below. Which is perfect, because the album’s track, “Prototype,” is a perfect choice for any V-Day mixtape. — DV

Barf Wave Presents: Valloween at Andy’s Bar
Yeah, flowers and chocolate are pretty cool, but are they as cool as Halloween? Hardly, which is why Barf Wave is taking this opportunity to host a special “Valloween” celebration. The concert lineup is all treats, no tricks, with cover bands for Death Cab for Cutie and My Chemical Romance, followed by Record Setter, Sub-Sahara and Oil Spill. — DV

Bernie Sanders Rally at Mesquite Arena
After his success in the New Hampshire primaries, America’s favorite Larry David look-alike is appearing in Mesquite to help DFW “feel the Bern.” — DV

Tony Casillas at Dallas Comedy House
Last October, we asked “Is Tony Casillas the nicest guy in DFW comedy?” No you can find out for yourself at this special Valentine’s Day stand-up show. $35 will net you two tickets and a dessert to share. — DV

Satin Sheets: A Valentine’s Day R&B Party at Sol House
DJ Sober is once again proving to be a big softie with this sold-out Valentines Day party, featuring mixes of the most iconic R&B love songs from DJ Christy Ray. — AS

The Throwback Party (Valentine’s Day Edition) at Will Call Bar
The latest installment of this free, late ’90s-adoring recurring bash will return to Will Call Bar in Deep Ellum tonight with a bit of a Valentine’s Day bent, which is to say that, beyond DJs spinning your favorite pre-9/11 love songs, there’ll also be a photo booth on hand that’ll be printing out photos with hearts on it and stuff. — Pete Freedman

The Al Lyric Celebration Cypher at Three Links
Earlier this month, the Dallas music world was rocked by the untimely death of CoLab emcee Al Lyric. At this event, close friends and collaborators of the beloved scene fixture will gather to perform in his memory. The $10 suggested donations requested at the door will directly to support his family, which has been shattered by this loss. Those who cannot attend the event but would still like to donate are encouraged to do so here.  — PF

William Shatner at Toyota Music Factory
He might be Captain Kirk and the Priceline Negotiator, and he may have done shows such as Boston Legal, TJ Hooker and Rescue 911, but none of it will ever overshadow the lingering memory of this tweet. — GG

Oprah Winfrey at American Airlines Center
Don’t get your hopes up, because something tells us she’s not going to buy cars for 20,000 people. — GG

The Jungle Giants at Club Dada
Quite an intimidating moniker for an Australian indie-pop band. — NJB

Chippendales at House of Blues
Chippendales’ website describes this tour as a “whirlwind of sexy goodness.” Need we say more? — NJB

Nightly at The Blue Light
If you dig the soft synths, funky ’80s guitars and millennial musings of The 1975, this indie-pop group is worth spending some “Sleepless Nights” listening to. — DV

Ricki Derek at Granada Theater
People who think they were born in the wrong generation don’t only exist on stan Twitter. Derek’s act is a tribute to golden-age jazz and big band, and as a testimonial on his website says, he “swings like a motha.” — NJB

Josh Turner at The Bomb Factory
Known for uttering the lyrics “Baby lock them doors and turn the lights down low,” this country staple has taken on a more religious approach with his latest release, I Serve A Savior. — MG

MC Lars at Three Links
This Oakland-based rapper has fandoms across the board coming together to celebrate music through his takes on Game of Thrones, The Simpsons, and even Guitar Hero. His love for nerd culture and rap music has garnered him quite a fanbase, considering many of his albums have been funded on Kickstarter. On this tour, he’ll be campaigning Baby Yoda for President. — MG

Kiki Maroon at House of Blues
Known as the “Modern day Lucille Ball” who puts on a show that includes stand up and cabaret, Maroon is a Houston-based burlesque performer with a truly unique career repertoire. She’s been a radio personality, burlesque competition judge and a TEDx speaker. Quite the CV. — MG

Stryper at Gas Monkey Live!
Apparently these guys used to throw bibles at their audience. — NB

VFW Film Hometown Premiere at Texas Theatre
This horror film, about a group of war veterans battling mutant punks was filmed here in Dallas, so it only makes sense that the premiere would be here as well. Local cast and crew will be in attendance, and the film’s producers will be holding a Q&A before the screening. Veterans and active duty service members get in free, too. — DV

DJ Seinfeld at Elm & Pearl
Dance artists went through this weird trend a couple years back where several rising DJs had goofy ’90s TV-inspired names, including this Swede, Ross From Friends and Sabrina The Teenage DJ. Ignore the requisite “Seinfeld bass” jokes and let yourself get lost in mesmerizing lo-fi house. — DV

’80s Valentine Prom Night at Double Wide
We can call agree that if there was ever a best decade to attend prom, it was the ’80s. — NJB

Go For Gold at J&J’s
If your Valentine’s weekend doesn’t turn out the way you hope, you can mosh out the heartbreak with these Arkansas punks. — DV

Devotional: The Depeche Mode Experience at Trees
If you “Just Can’t Get Enough” of ’80s synthpop icons Depeche Mode, your prayers to your “Personal Jesus” have been answered in the form of this tribute show. — DV

Amber Liu at South Side Music Hall
A former member of the South Korean girl group f(x), Amber Liu (who sometimes does the one name thing and just goes by Amber) released her second solo EP earlier this year. Liu’s music is like an ode to the pop music of 2012, which honestly should be known as the new  golden-age of pop. — NJB

Drakulas at Rubber Gloves
The best kind of musical side project is one that nobody could have seen coming, like this sci-fi concept band from members of Riverboat Gamblers and radio-rock heavyweights Rise Against. Opening the show are Mind Spiders and one of this year’s Central Track Music Honors’ nominees for Best Experimental Act, Mother Tongues. – DV

Kill Everything at Gas Monkey Bar N’ Grill
The metal radio show “The Dungeon” on KNON is celebrating its 20th anniversary with an appropriately brutal lineup, including this Dallas death metal crew, Psychiatric Regurgitation and Judas Goat. — DV

Scott H. Biram at Three Links
After the Mumford-ization of folk-pop music, fiery hillbilly-punk like that of Scott H. Biram feels even more iconoclastic. — DV