Song Of The Day: PARACHUTER — “Chemistry” 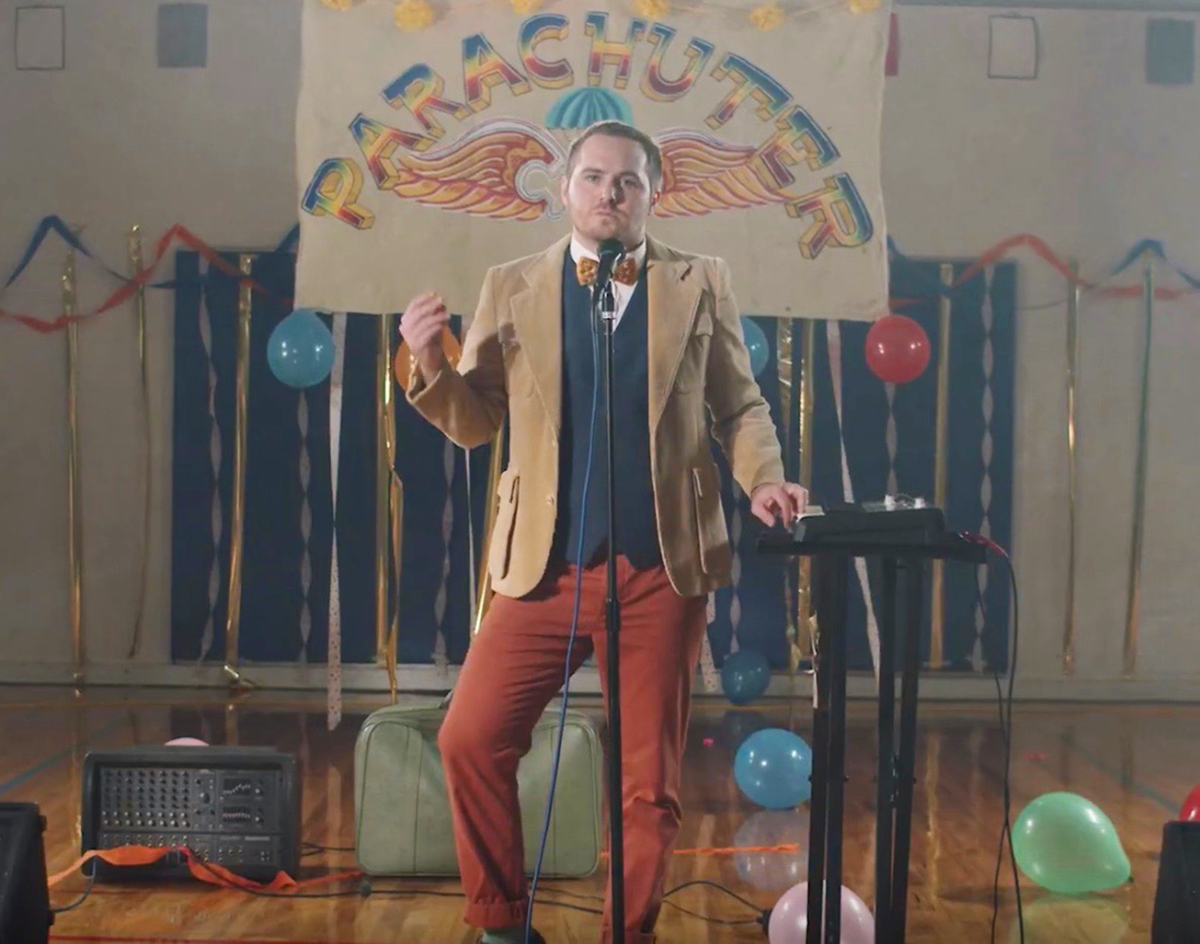 The New Track From PARACHUTER Has Us Ready To Dance Along With The Senior Citizens In The Electro-Pop Act’s First Music Video.

PARACHUTER – “Chemistry”
RIYL: Something a little dancier.
What Else You Should Know: Back in August, we premiered the debut single of PARACHUTER, the new solo project from Denton musician Wesley Jensen (formerly of Wesley Jensen and The Penny Arcade).

Now, the electro-pop artist is back with his debut music video, and it has us dancing right along with the senior citizens reliving their prom nights — spiked punch and smoking in the boy’s room included.

Over a buzzy beat, Jensen sings “Transition, I want you bad / Your body on my body / I could handle that” as pastel balloons rain on elderly people who are getting their lives on the dance floor of a school gym.

Much like PARACHUTER’s debut single, “Chemistry” is delivered with synth subbed in for guitar, something Jensen told us he naturally gravitated toward in the discovery stages of the project. Inspired by David Bowie and The Talking heads — and perhaps fused with a little bit of  influence from Tame Impala — the track sounds like a wash of colored paint collecting on record.

As the most dance-driven track he’s ever released, the song feels as though it officially marks a new path for Jensen, maybe even more so than PARACHUTER’s debut single. Though the song might surprise anyone familiar with Jensen’s previous work, it’s a new beginning they should join us (and Sub Pop Records) in welcoming.