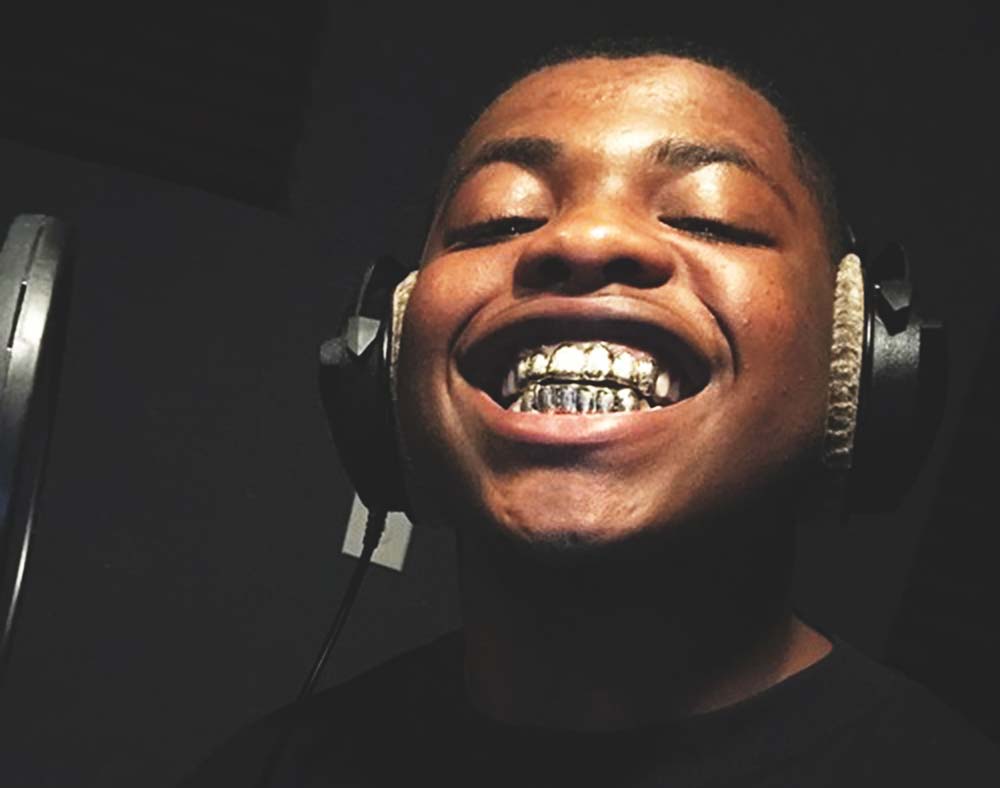 Last month, we were happy to report that Leon Bridges was added to the Woodstock 50 lineup in Watkins Glen, New York, as the flagship festival celebrates its half-century anniversary later this year.

But now? Well, the future seems a little uncertain for that event. This week, the festival’s previously-announced, on-sale date of April 22 was pushed back with no concrete reason given by organizers. According to Pitchfork, a likely culprit is that the festival failed to secure a mass gathering permit for the affair – something Billboard expounded on by reporting that one agent with an act playing the festival said in an email that “no one knows what the hell is going on but there is clearly a problem.”

If you have no interest in staying on the edge of your seat over a possible rekindling of Fyre Festival, it might be best to catch Bridges in Forth Worth at this weekend’s Fortress Festival, whose organizers don’t have delusions of grandeur in attempting to create a heightened version of the OG Woodstock.

Speaking of alternate versions of things: St. Vincent has reportedly co-written a touring concert film with Carrie Brownstein of Sleater-Kinney and Portlandia fame, and in this movie, the two musicians will play “heightened versions of themselves.” As of now, the movie is merely in the planning process and isn’t even close to going into production — but it would be cruel for the ever-interesting Annie Clark to get our hopes up like that, wouldn’t it?

Alas, surprises do happen in this world. For instance, nobody thought that the Jonas Brothers would reunite and announce a new album — but here we are! You may recall the once-young band of Westlake-affiliated teenage heartthrobs announcing their reunion in February, but just this week, they announced the June 7 release of Happiness Begins, their first full-length album in over a decade.

Also slated to release new music soon? Denton singer-songwriter Sarah Jaffe, who teased via Instagram the release of a new…. something… titled “THIS IS BETTER pt. 1.” Hear a snippet of what’s to come — whether it’s an album or a single, we’re not yet sure — below.

“This is better” is also an apt response to the new lineup additions that were just announced for the 2019 JMBLYA lineup. Lil Nas X, the “Old Town Road” rapper that not even Billboard could silence, will make his North Texas debut at the festival (sans Billy Ray Cyrus, but beggars can’t be choosers), and be joined by North Carolina rapper Da Baby and “Mr. Darkskin Manson” himself JPEGMAFIA on a lineup already set to include Travis Scott, Lil Wayne, Kevin Gates, Sheck Wes, Blueface and City Girls, among others.

Also long-announced to be playing that bill is the Dallas-based creator of the “Woah” dance, 10K.Caash. We bring this up, as he’s recently followed in fellow Dallas rapper Bobby Sessions‘ footsteps and inked a deal with the legendary Def Jam label. First up for the new artist and label partnership? A new single called “Geek It Up” that not just features his fellow Dallas rapper (and frequent collaborator) G.U.N., but appears to be an homage to his “Geeked Up N****” moniker. Check out the video for the new track below.

The dancer-turned-rapper’s riding something of a hot streak these days, to be sure. In the last week alone, he’s broken down his top five favorite all-time dances for The Fader (spoiler: the South Dallas Swag and the Dougie rank behind his own Woah) and appeared on-stage at Coachella during his friend Rico Nasty‘s set.

Moving on, Dallas’ revered experimental musician Stefan Gonzalez just announced that he would be stepping down from running the weekly Outward Bound Mixtape Sessions showcases he curates at RBC every week. But he won’t be passing the baton too far: His brother Aaron Gonzalez, another revered experimental musician, will take over the reins. Says Stefan about the switch in an interview with the Dallas Observer: “I found myself at a breaking point recently with close friends and mentors dying, relationships ending, a family business going under, family illness being rampant, chemical dependencies deepening, and feeling very stressed about always having to take care of performers who traveled a long way to play for us.”

Hang in there, Stefan! Your health and personal well-being is important. Good on you for taking care of yourself!

In more uplifting news, the Dallas Symphony Orchestra just announced that 23-year-old Austrian musician Katharina Wincor has been appointed the orchestra’s associate conductor. She’ll be tasked with, among other things, conducting youth concerts.

Also, Charley Crockett just released a new music video for his “That’s How I Got to Memphis” song, and it features the Waco-born and Dallas-affiliated honky-tonk legend James “Slim” Hand walking down Beale Street throughout its run time.

Want more music videos? We got you!

Denton’s Us Presidents’s (whose praises we’ve sung a few times now) have one for their single “King and Kingdom.”

Meanwhile, the Dallas punks in From Parts Unknown have a funny new clip for their song “Burn Your Home” as well.

Lastly this week, we’d be remiss to not mention the Care for the Caravan benefit show happening on May 18 at Granada Theater. The latest venture from the Buffalo Tree set — you may remember their Spoon-headlined Beto O’Rourke (and other Democratic politicians) rally at Main Street Garden Park last fall — is aiming to help provide humanitarian aid to Latin American refugees and migrants. The Polyphonic Spree is headlining the Dallas concert, and Cure For Paranoia, Tiarra Girls and Cry Havoc Theater Community will open the affair. The benefit engagement is also slated to hit Austin and McAllen over the course of three days.

You can head here for tickets and more information on the event, but remember: While monetary aid always helps, it’s not the only aid that can be provided to people in need. Here’s a list of the items this event’s organizers are currently seeking in hopes of providing aid to the folks in need down at the U.S.-Mexico border: