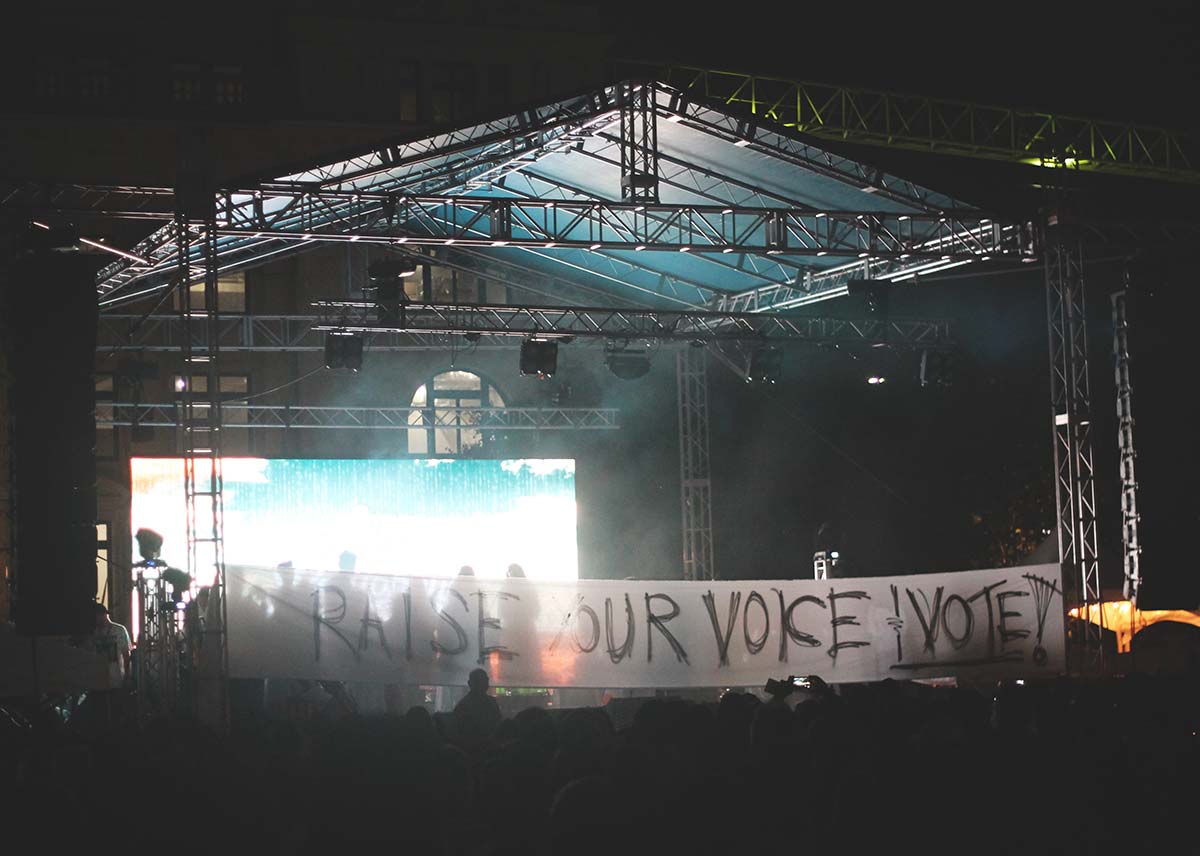 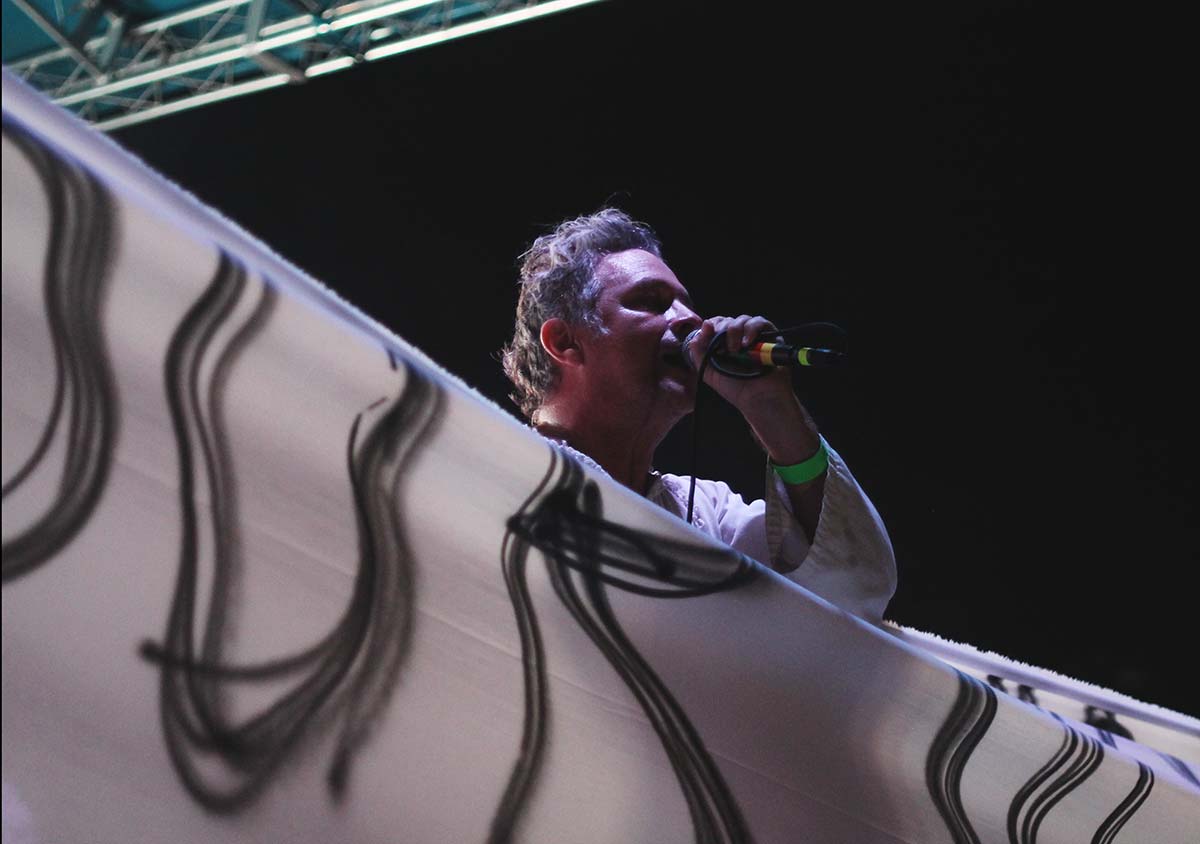 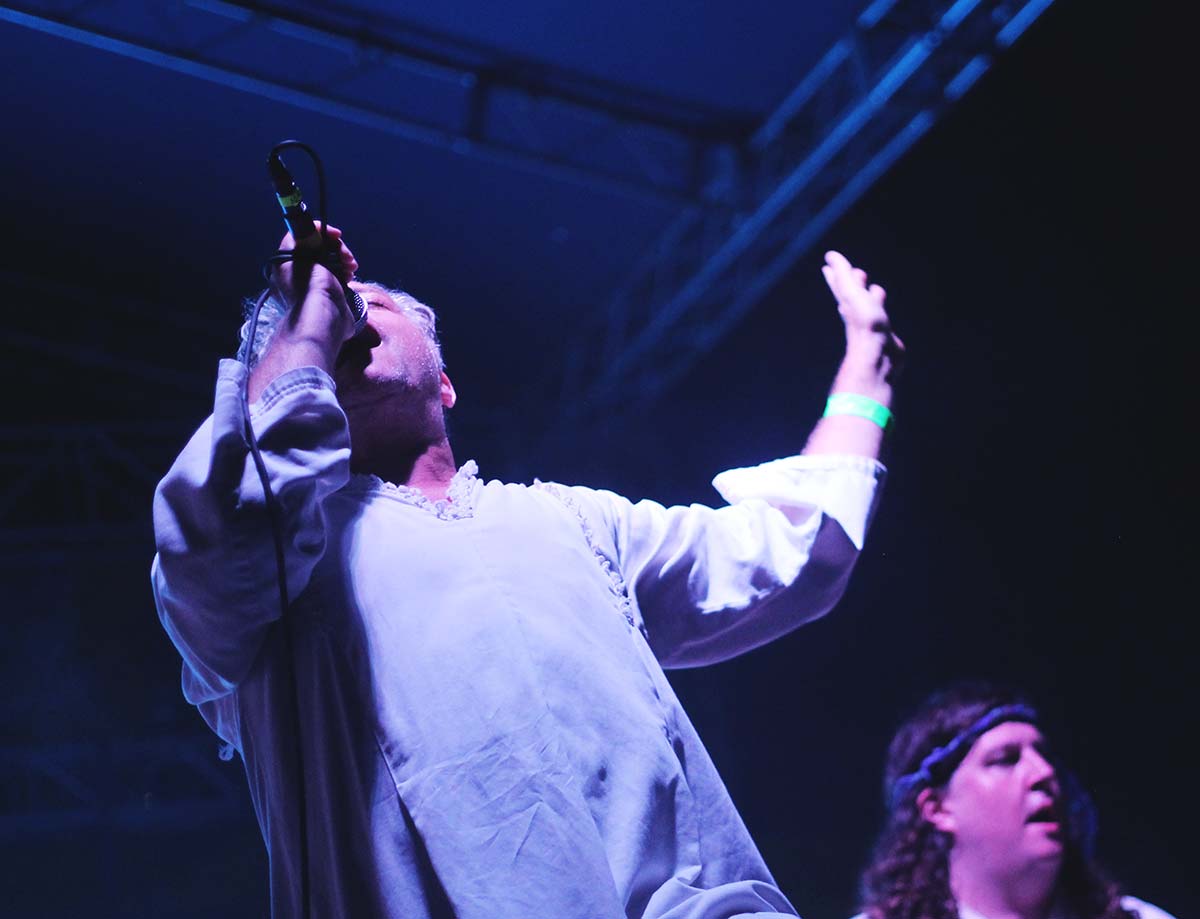 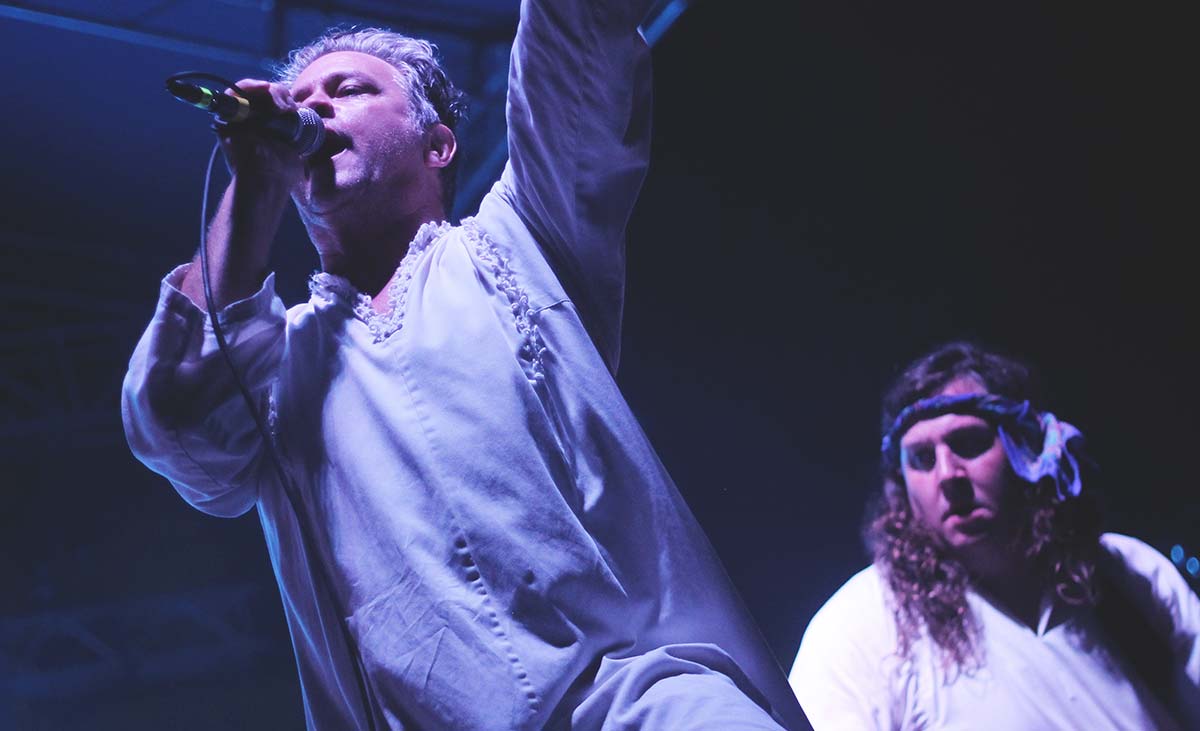 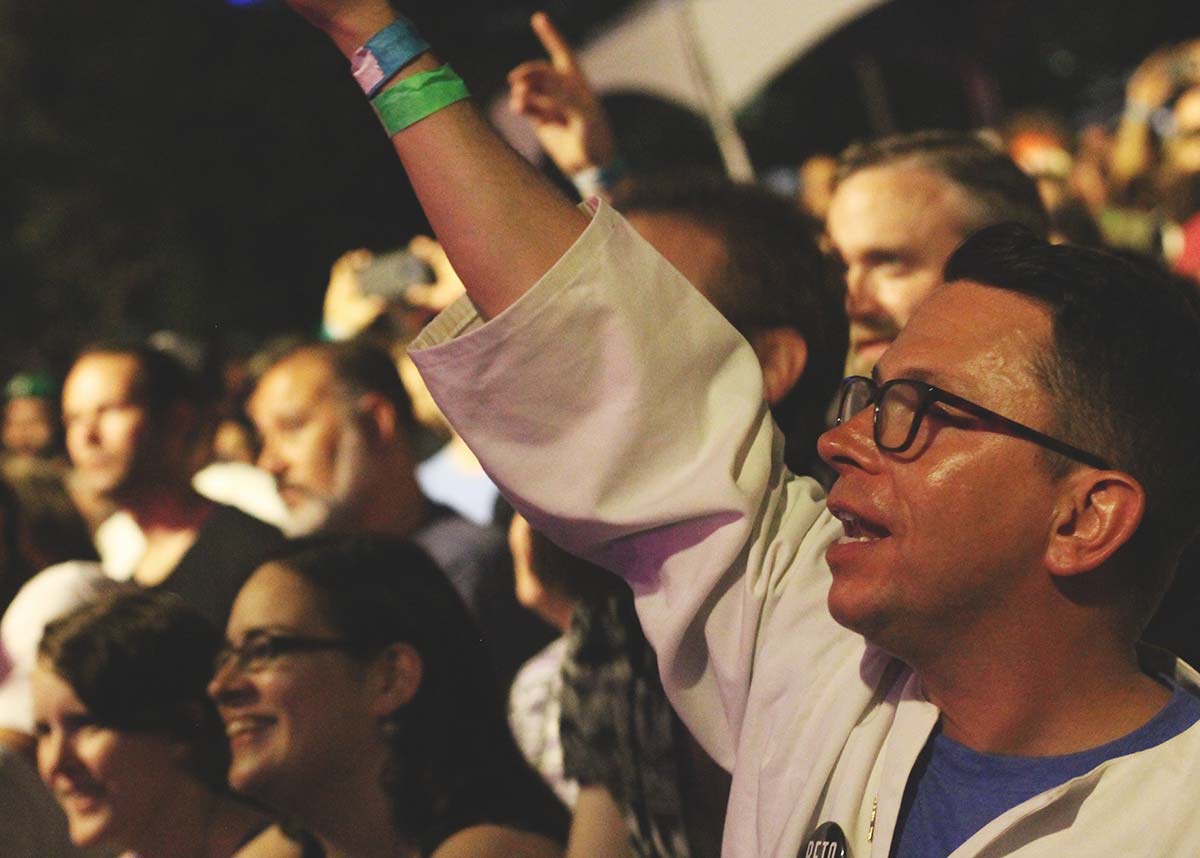 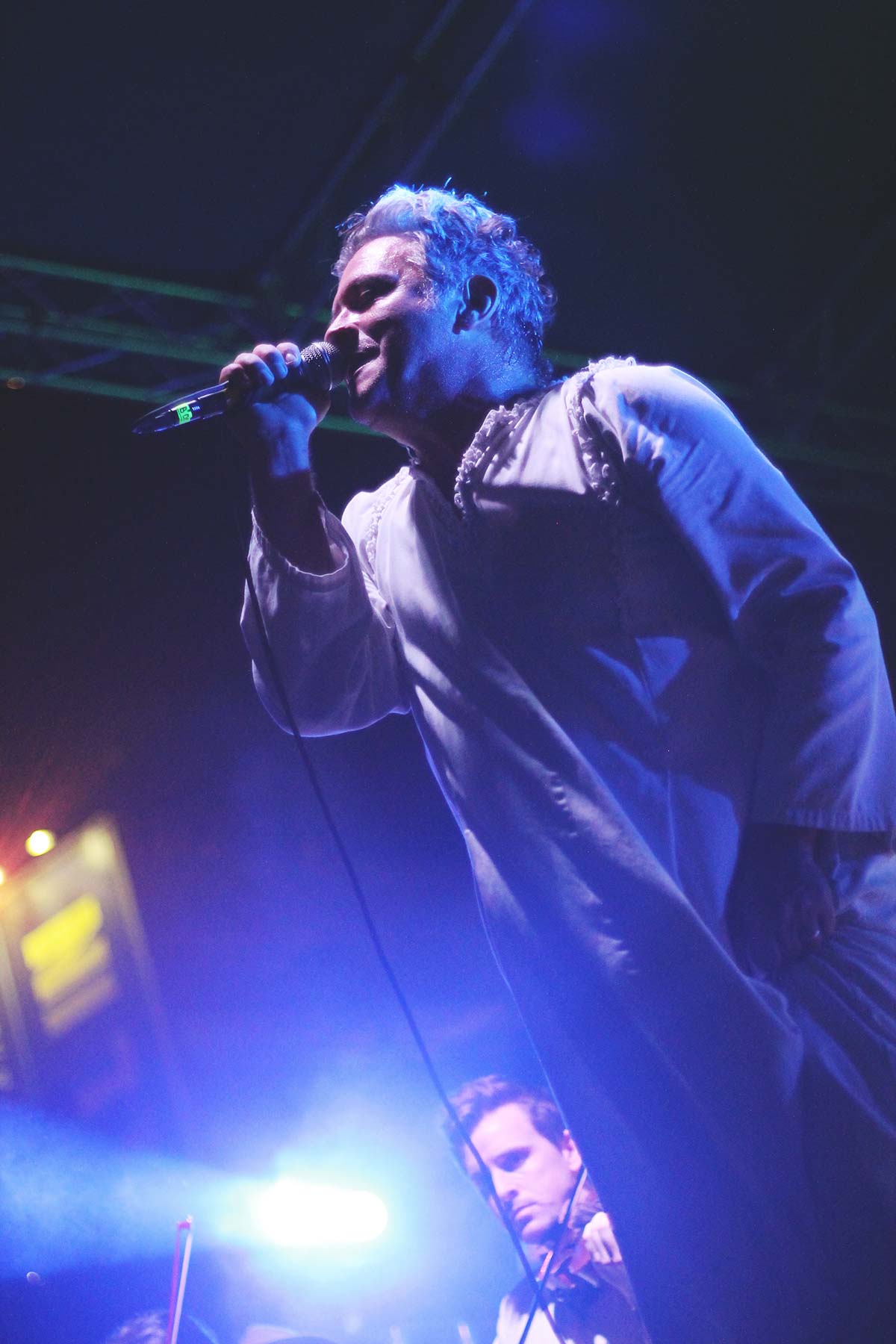 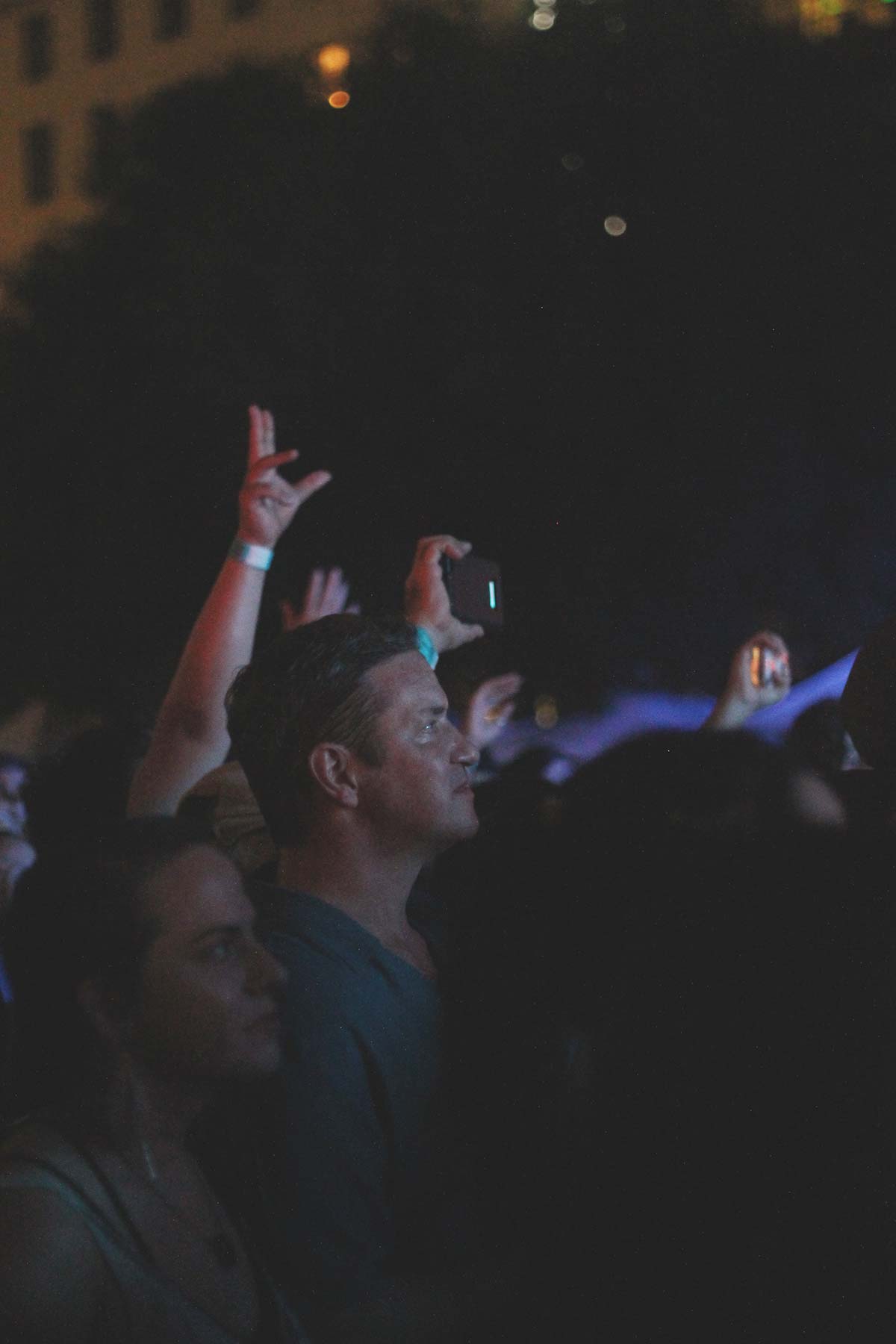 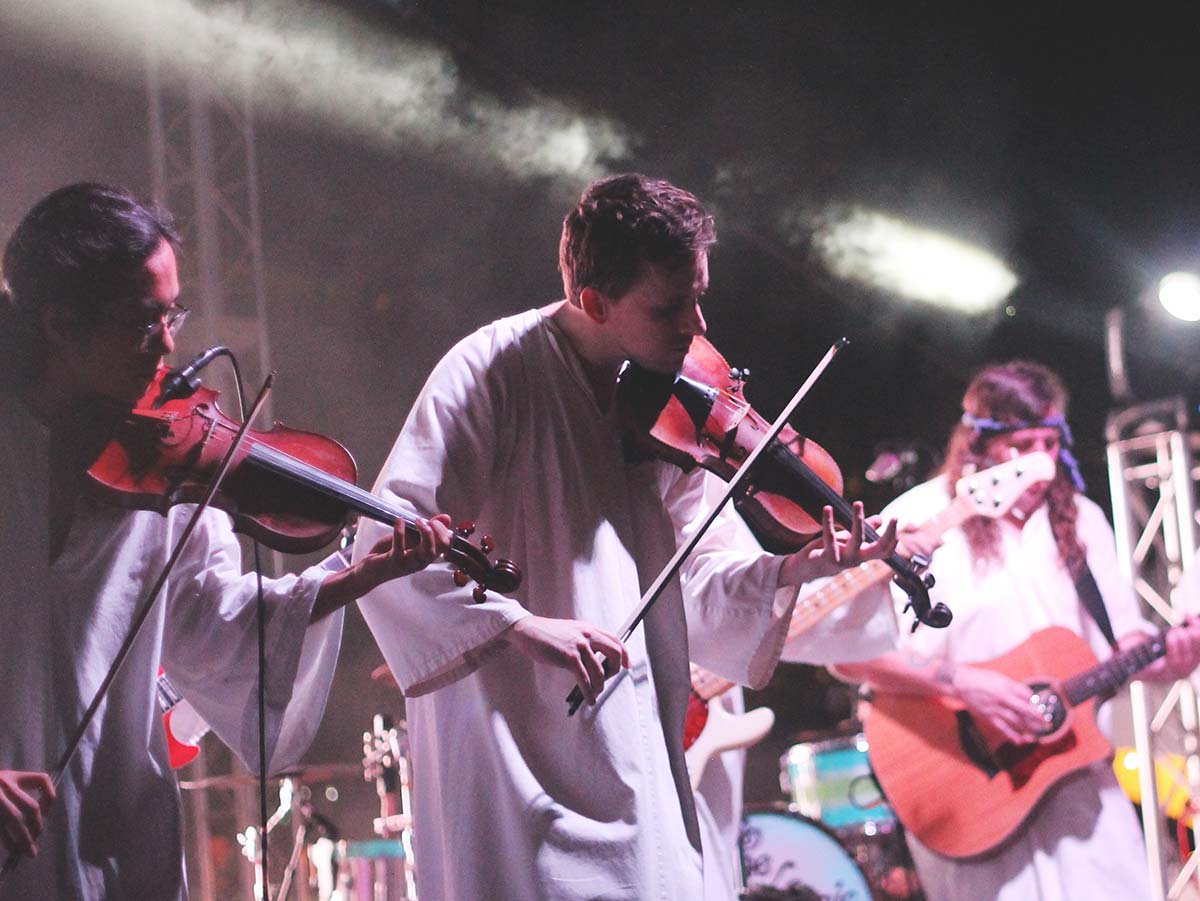 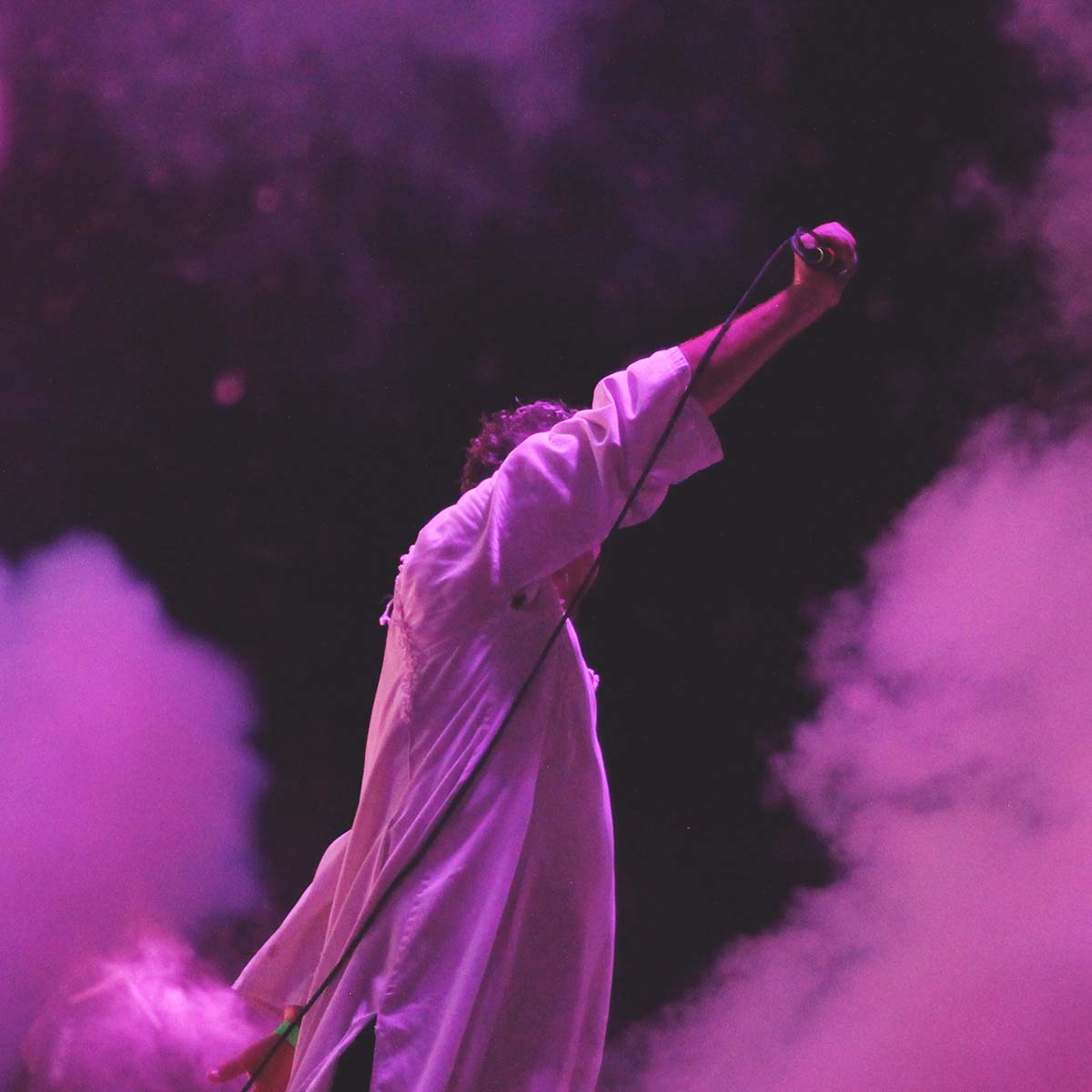 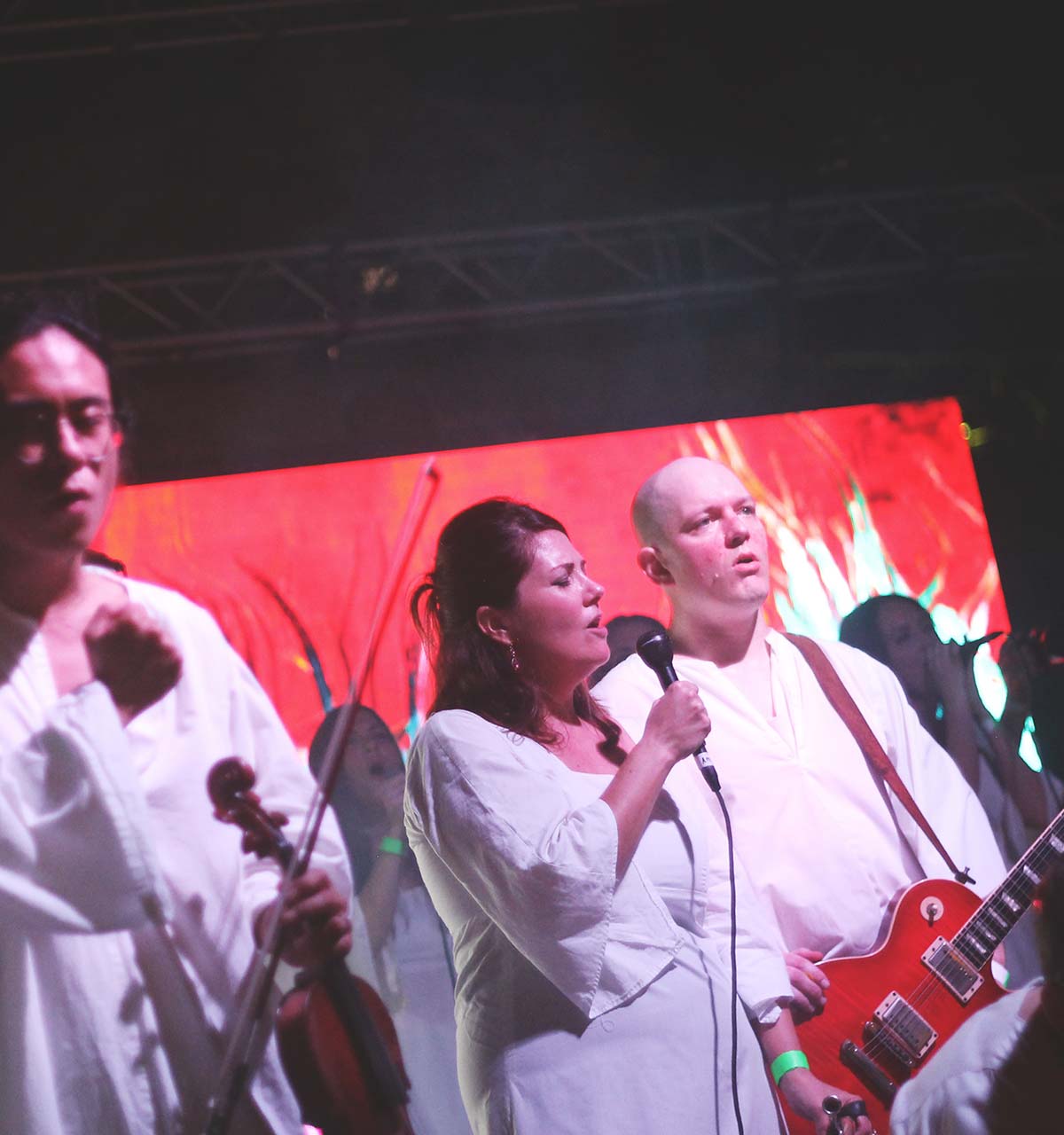 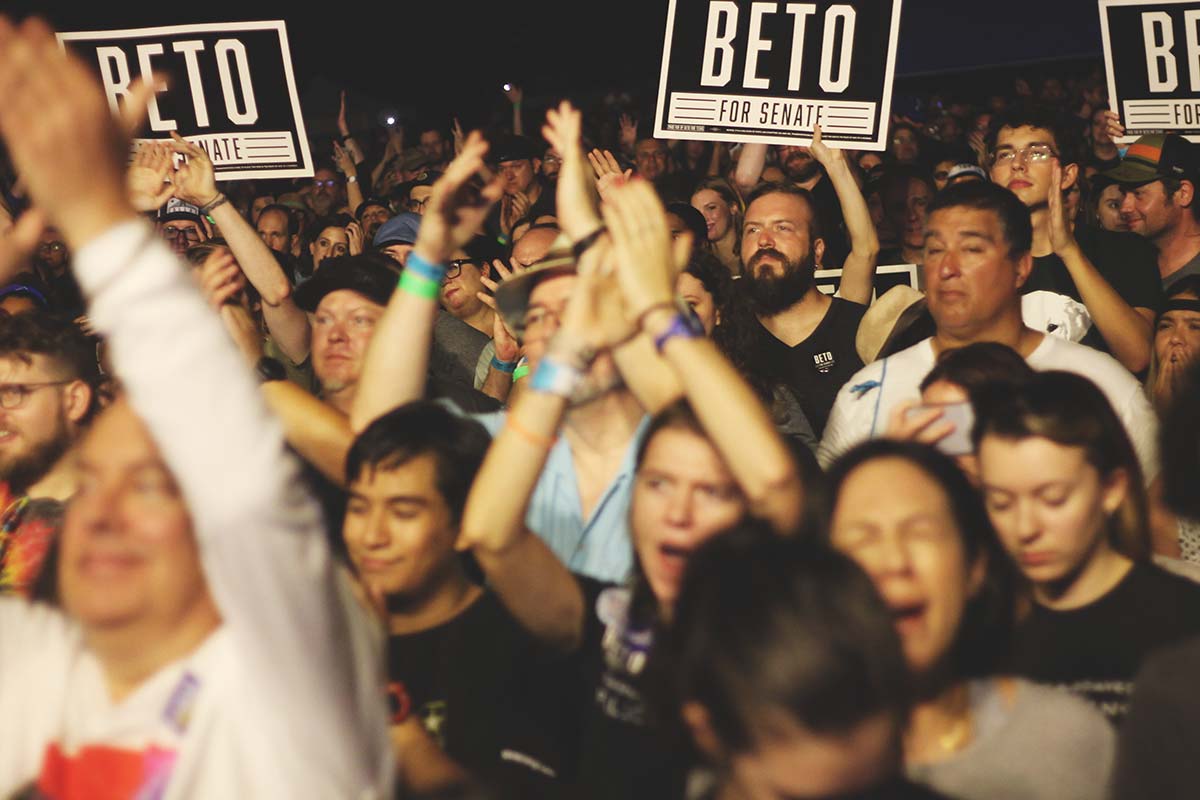 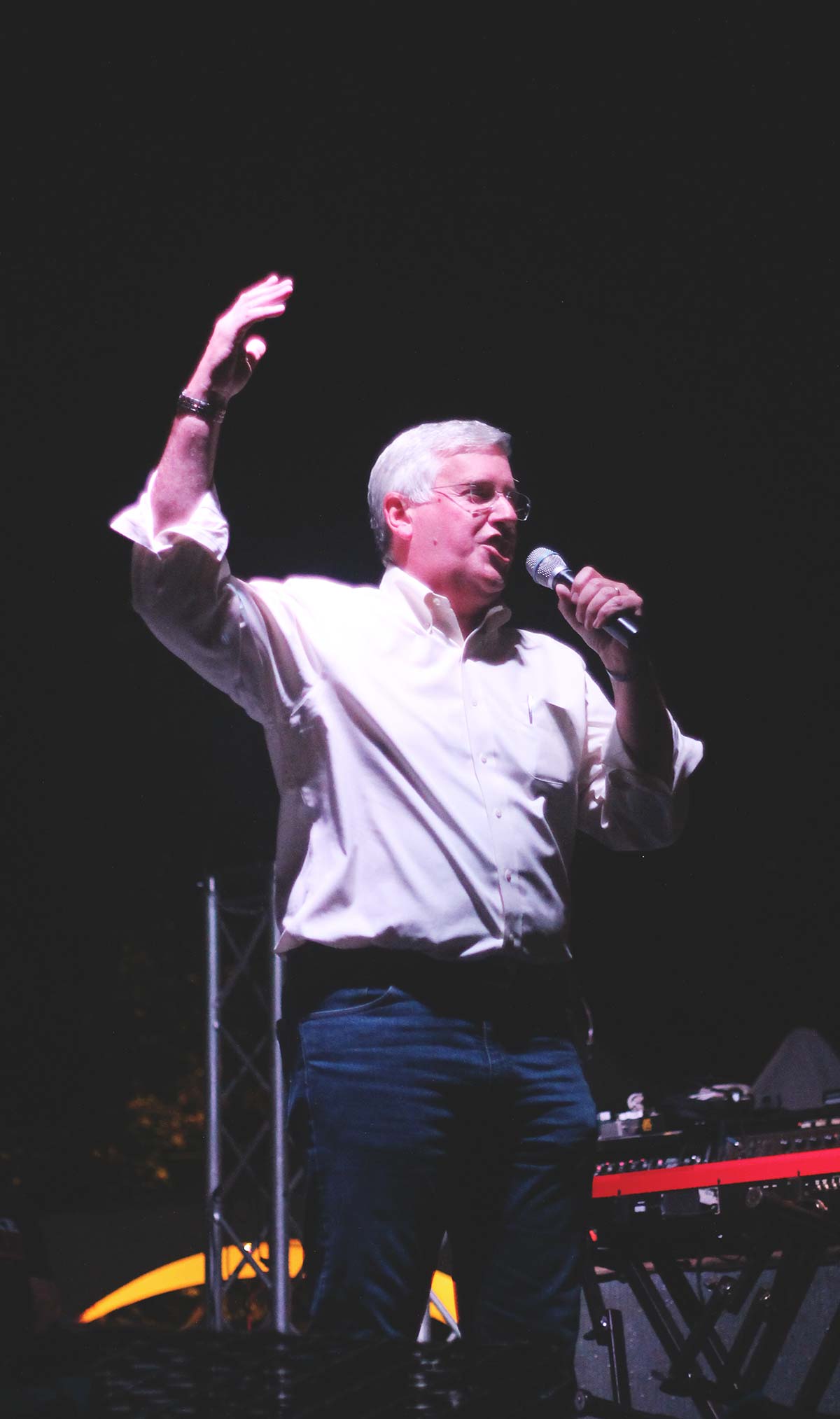 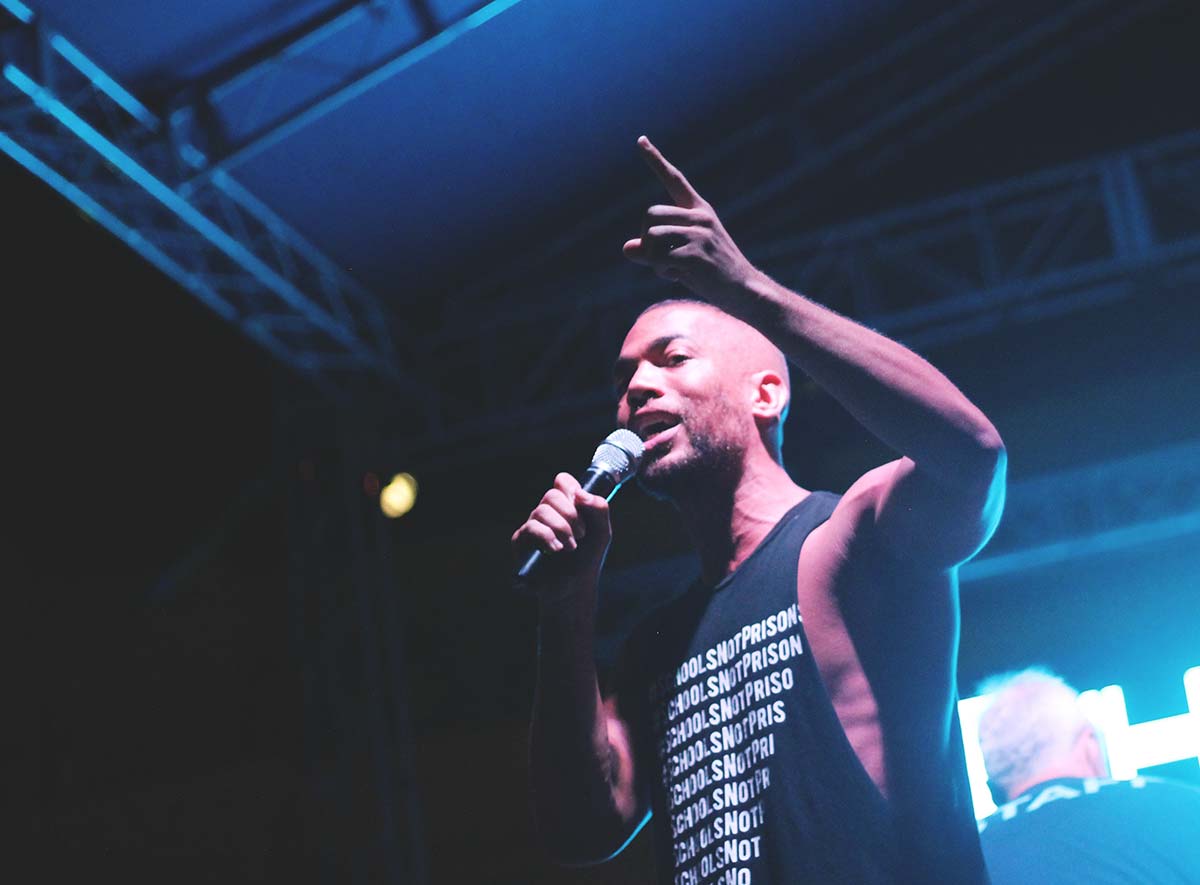 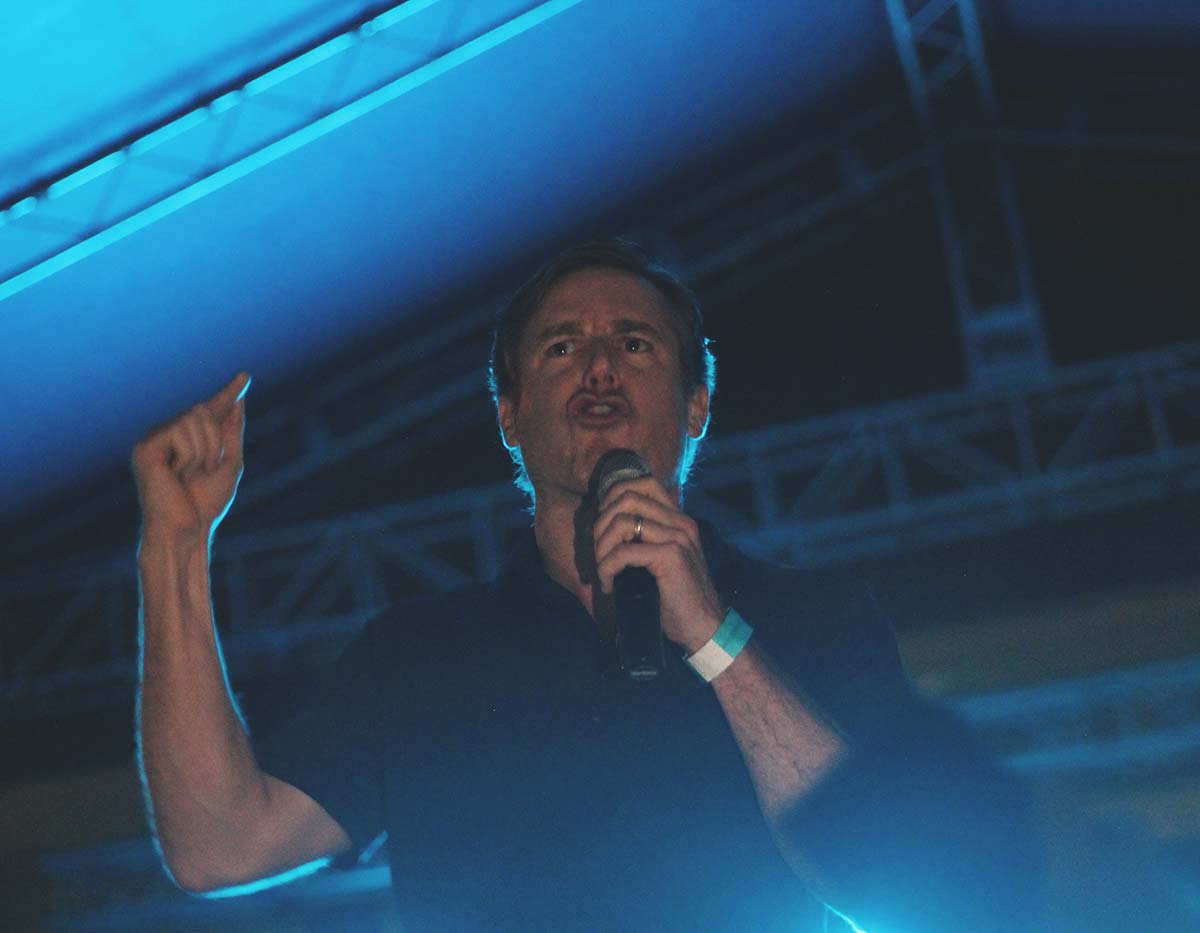 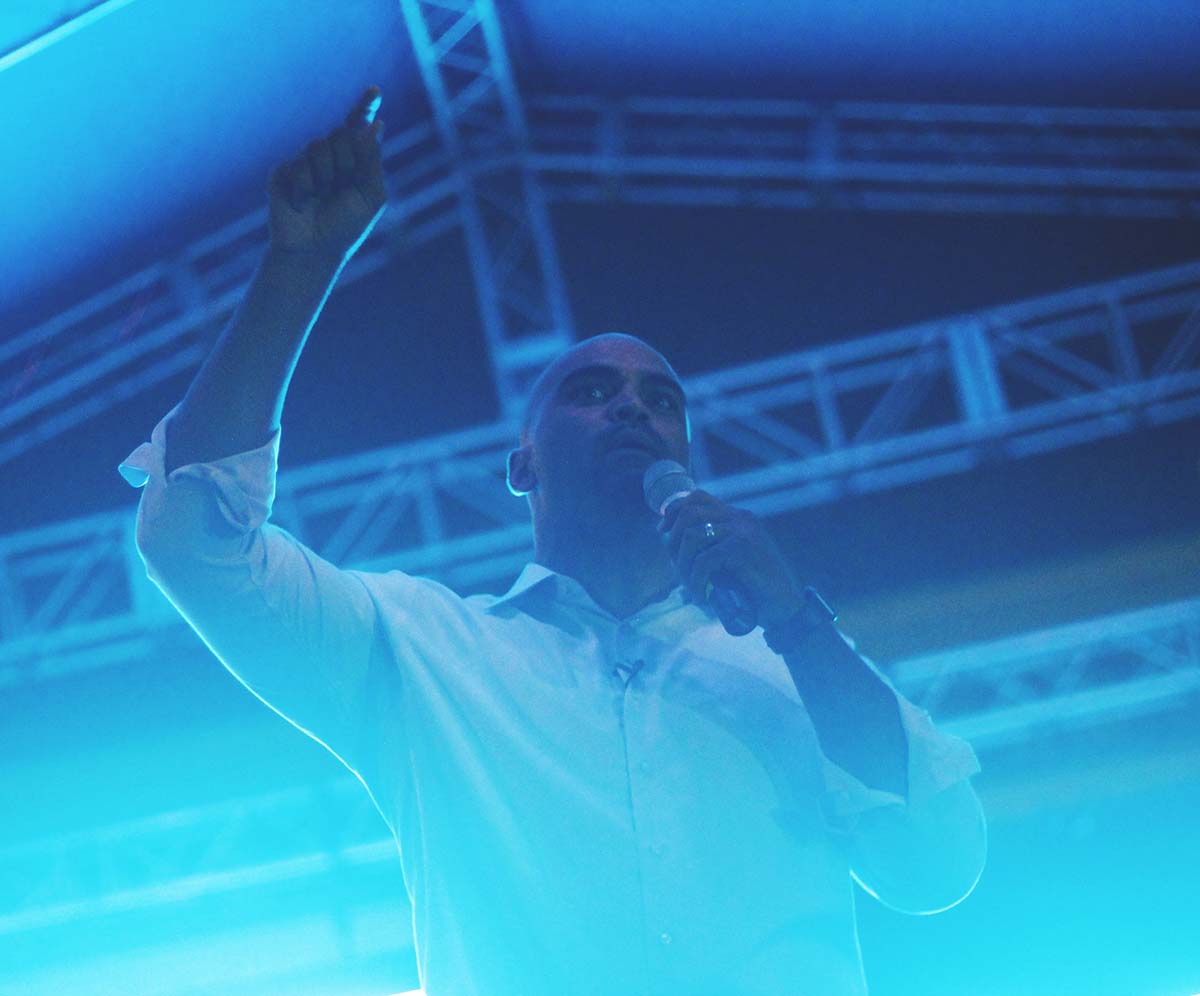 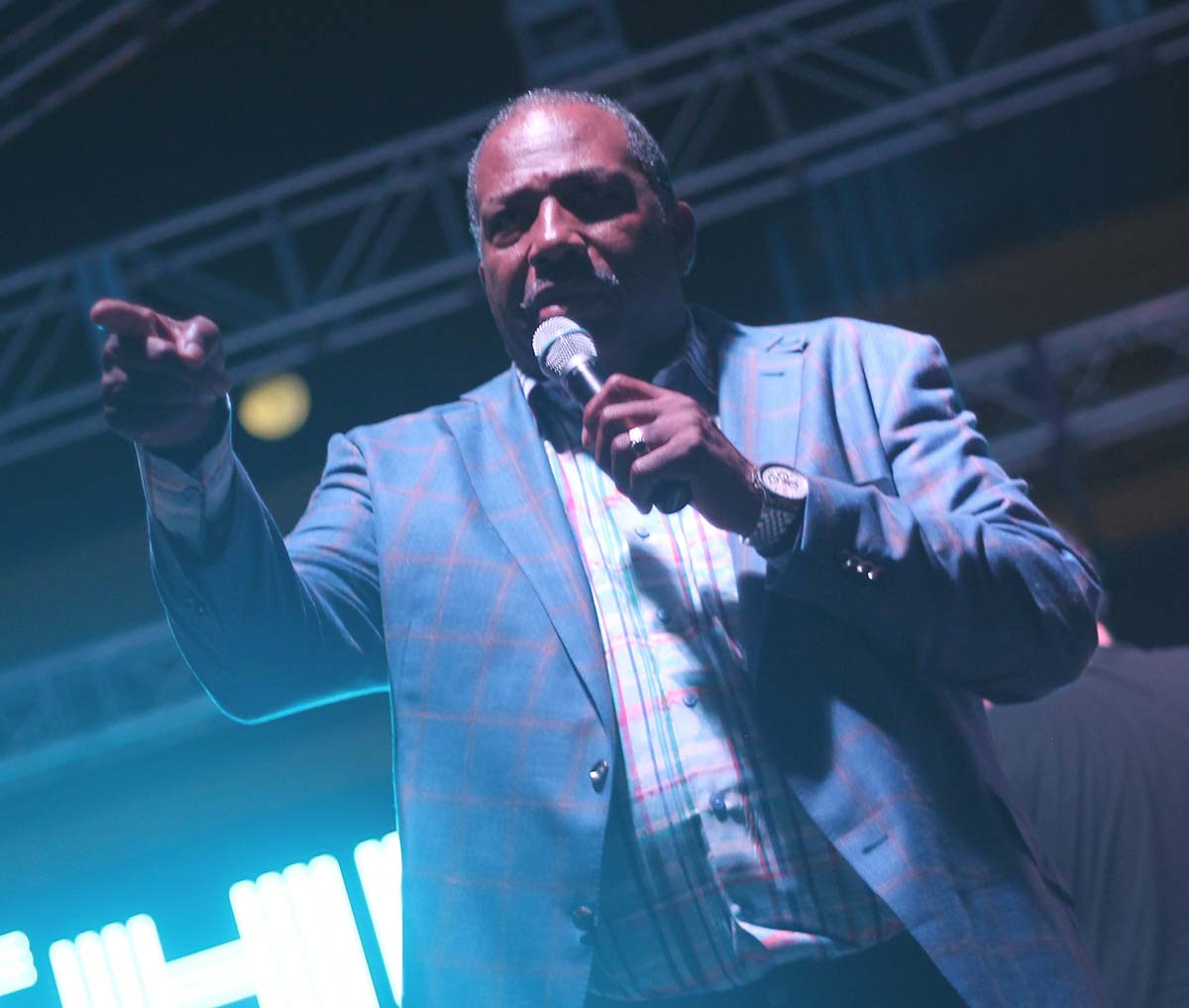 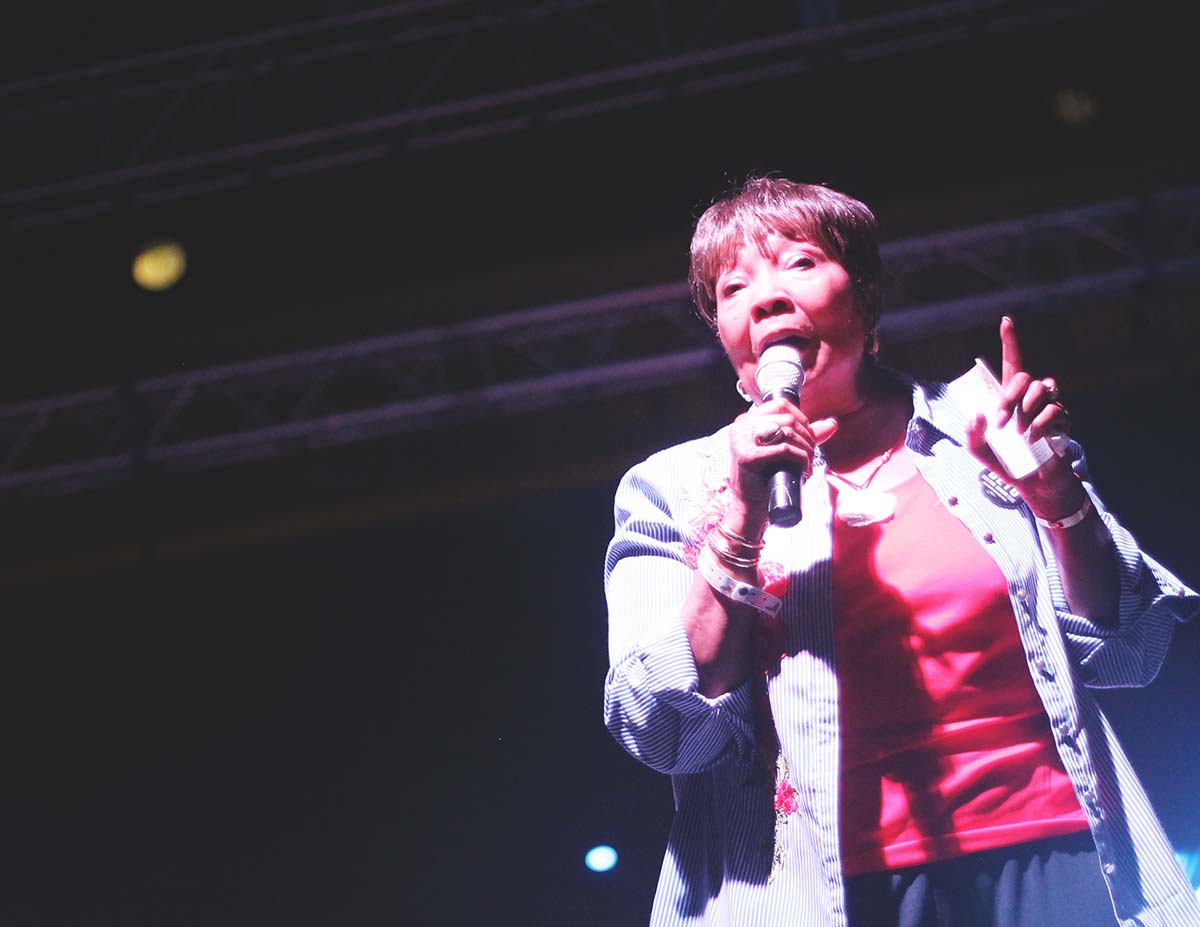 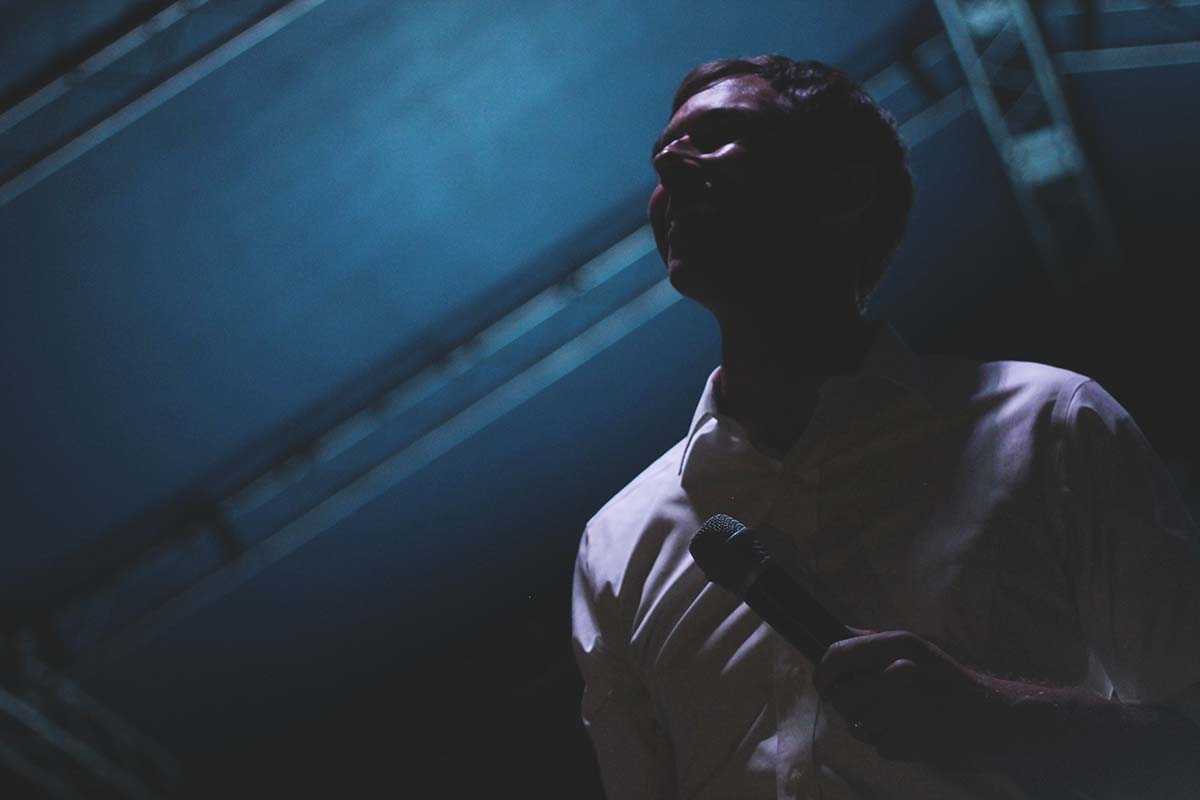 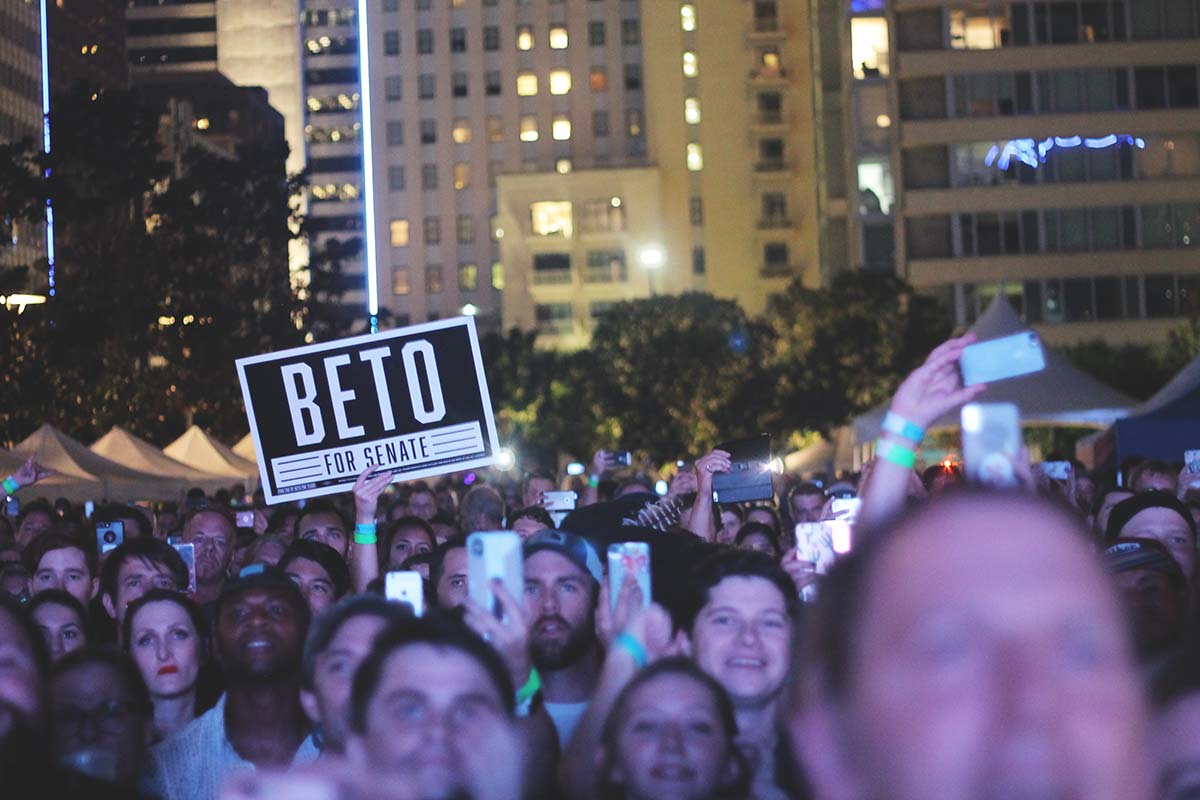 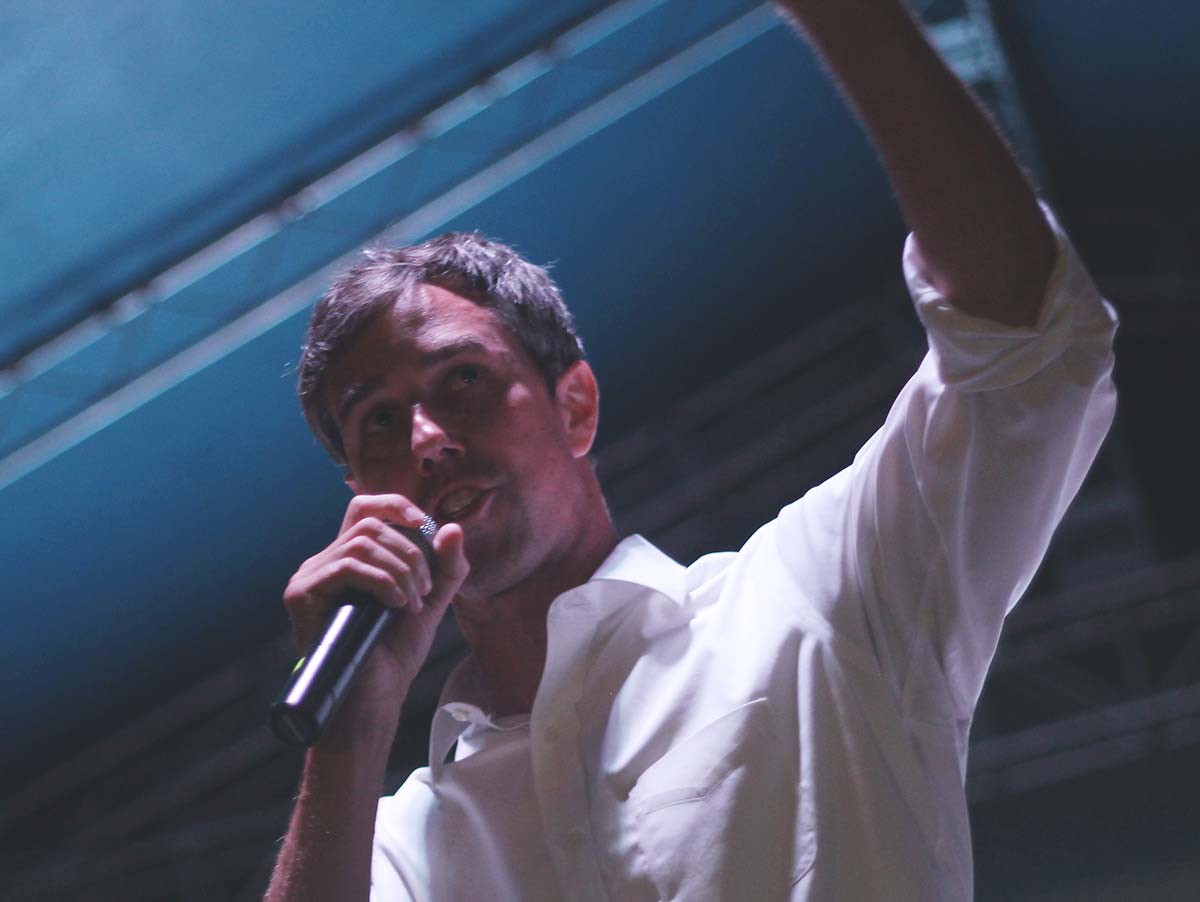 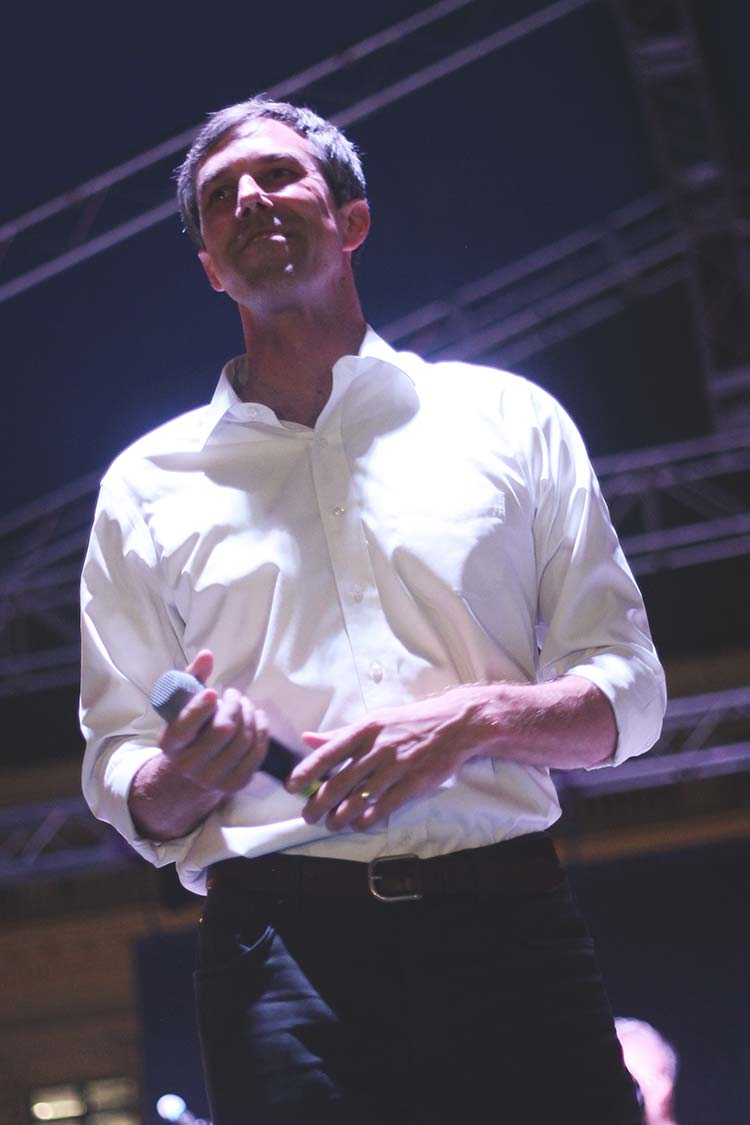 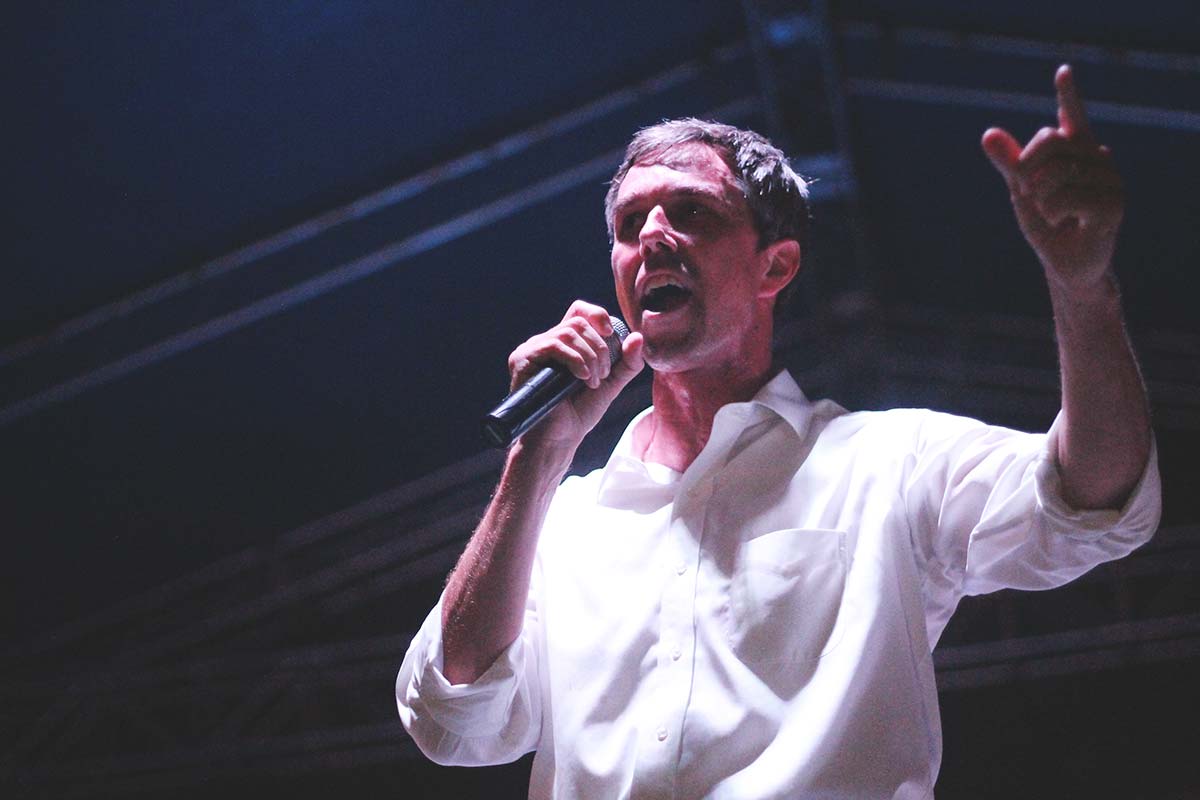 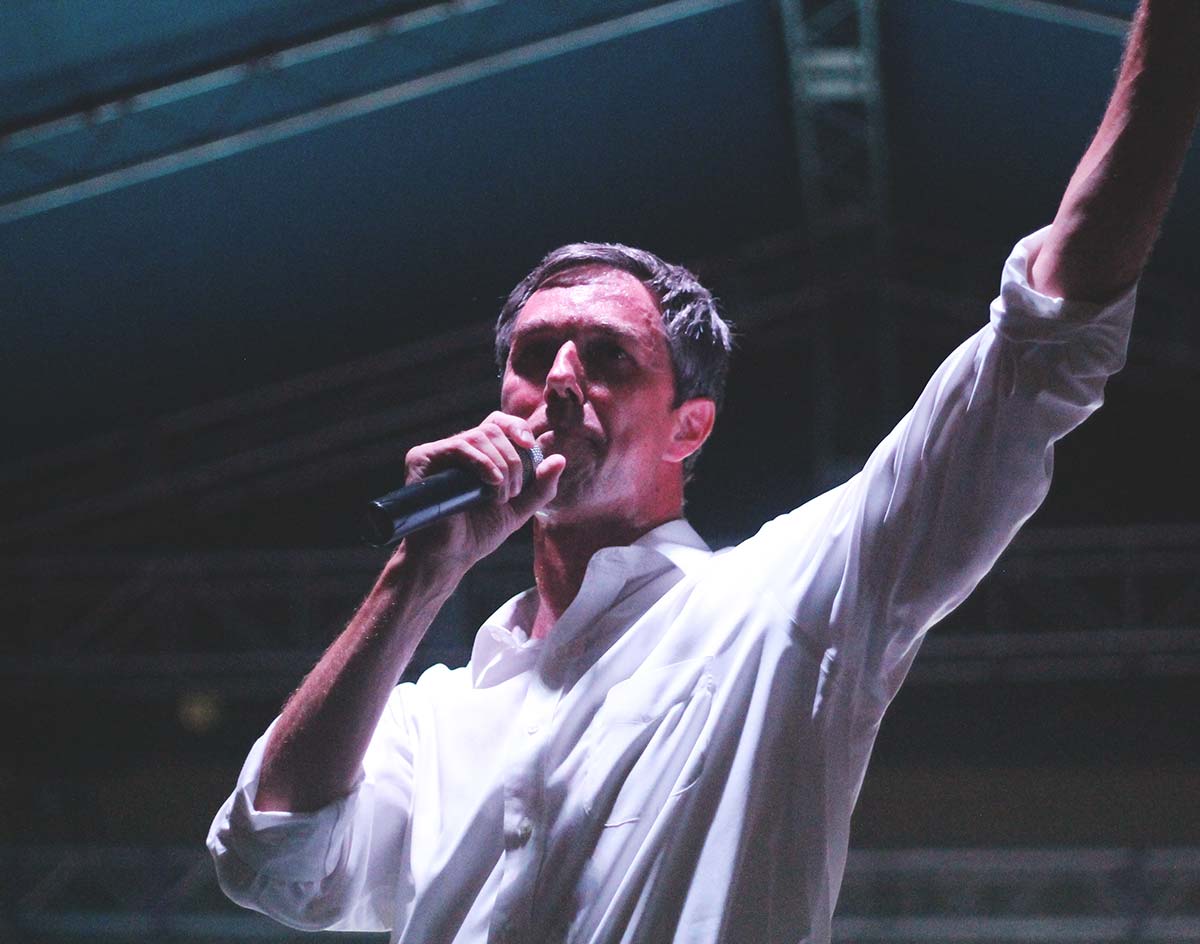 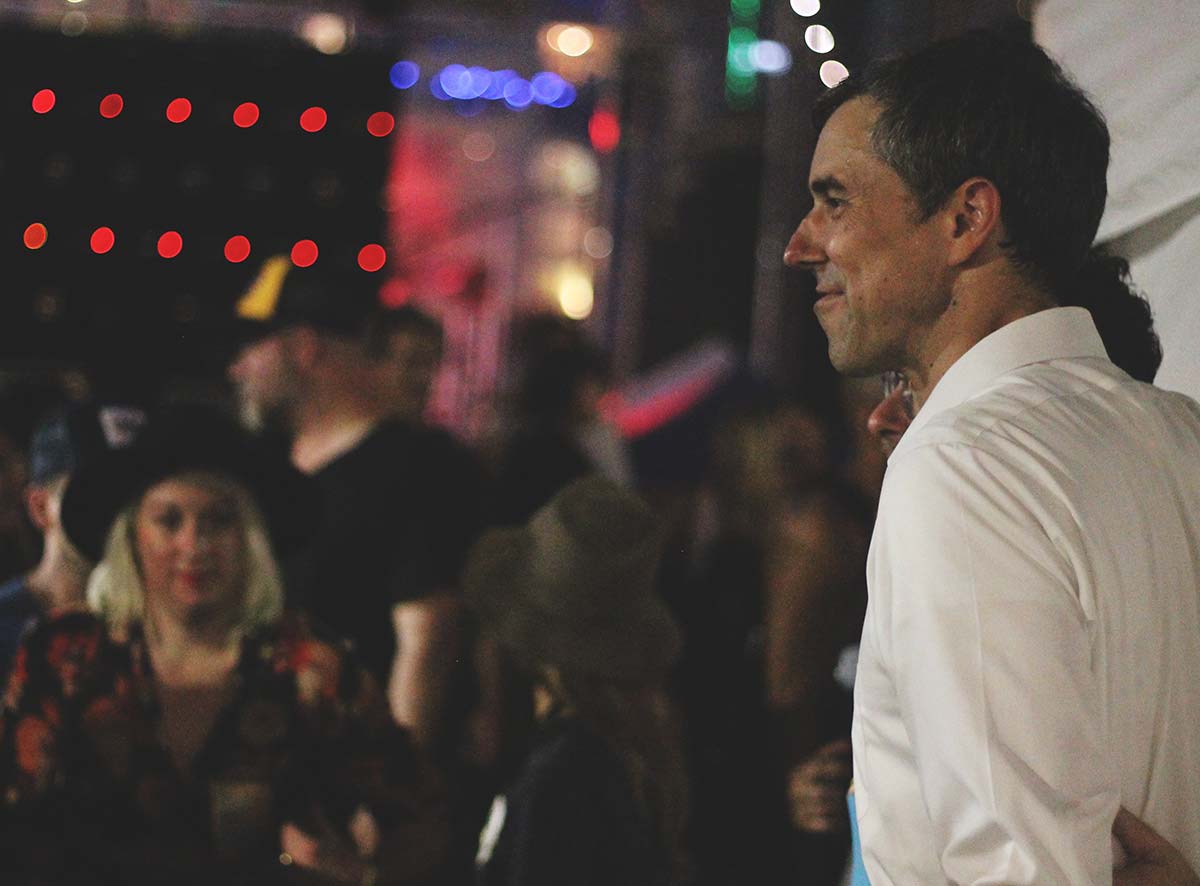 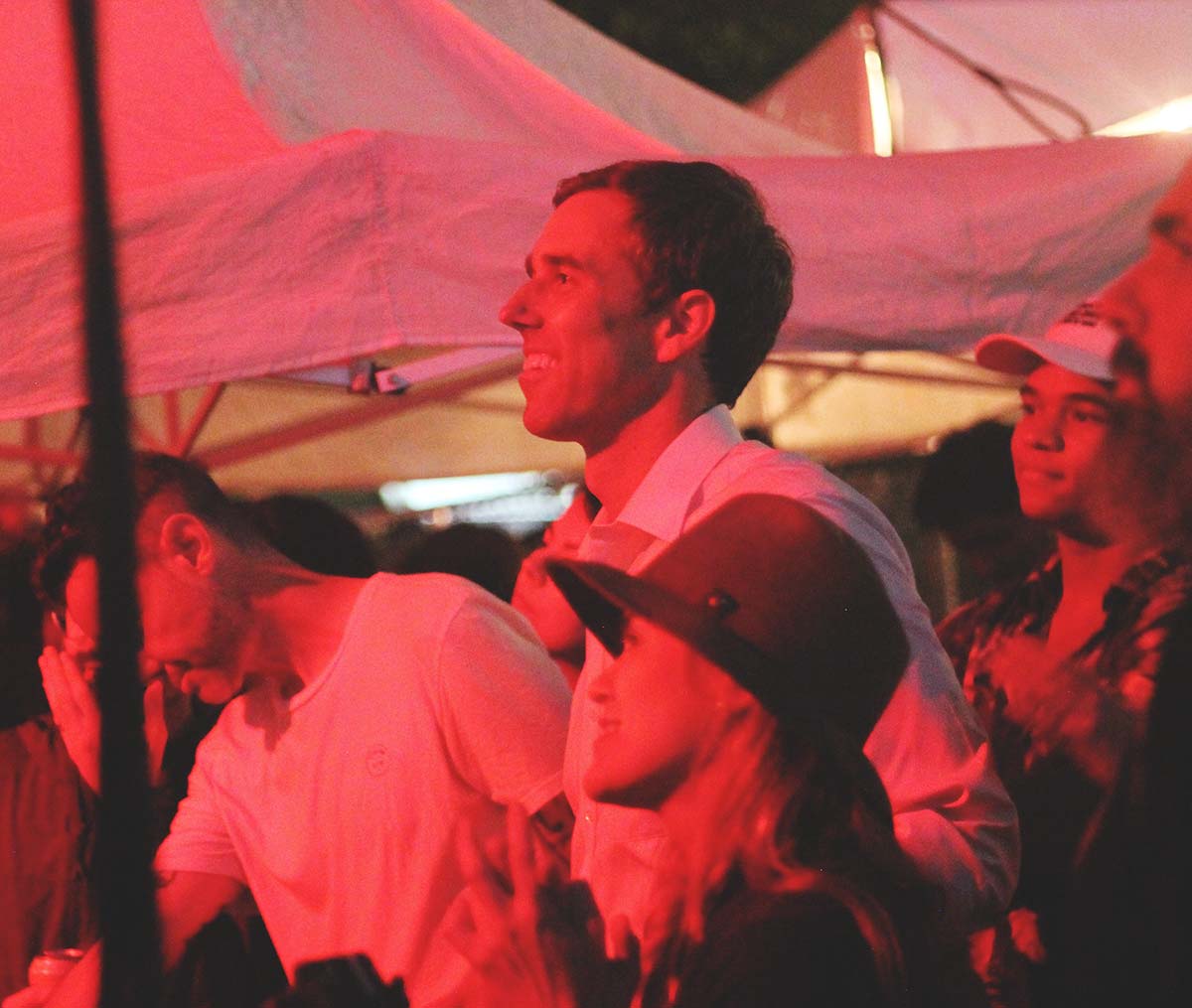 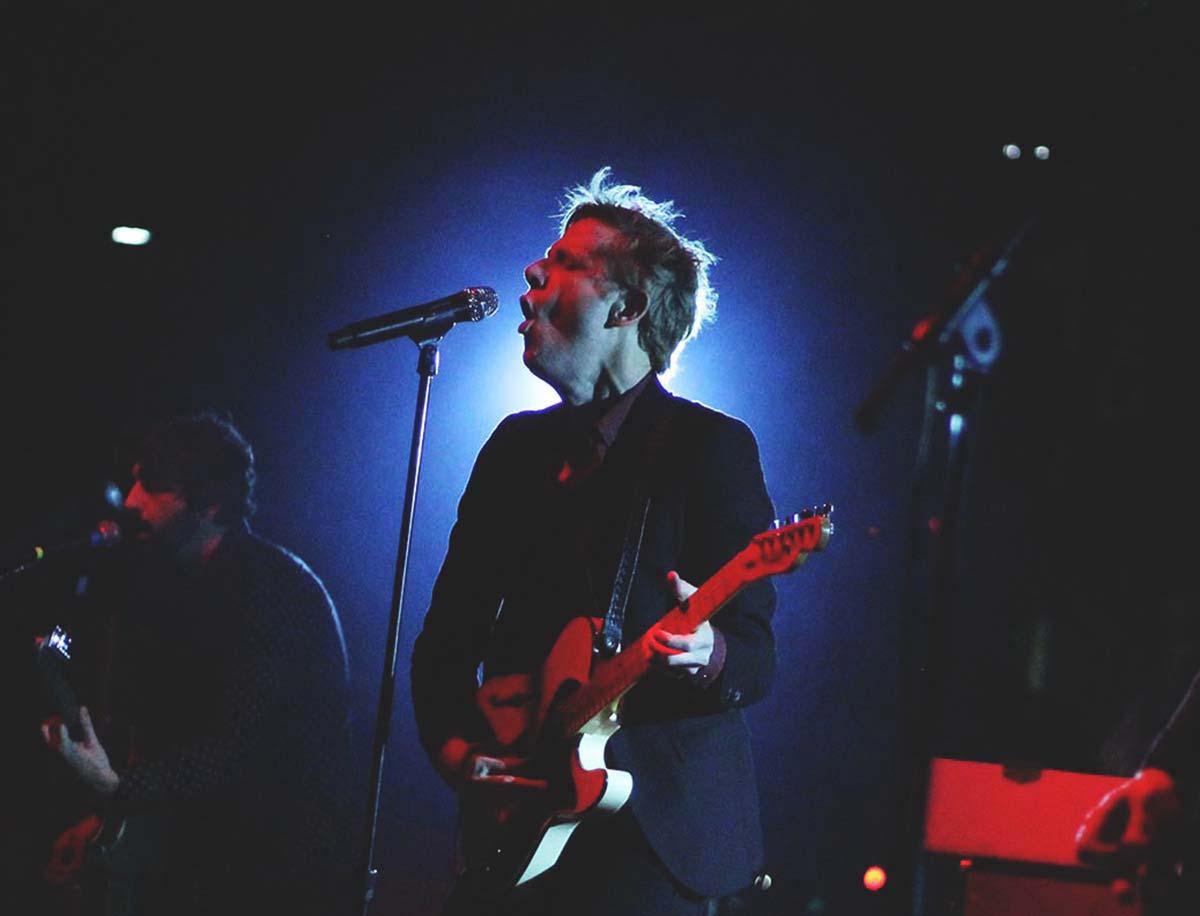 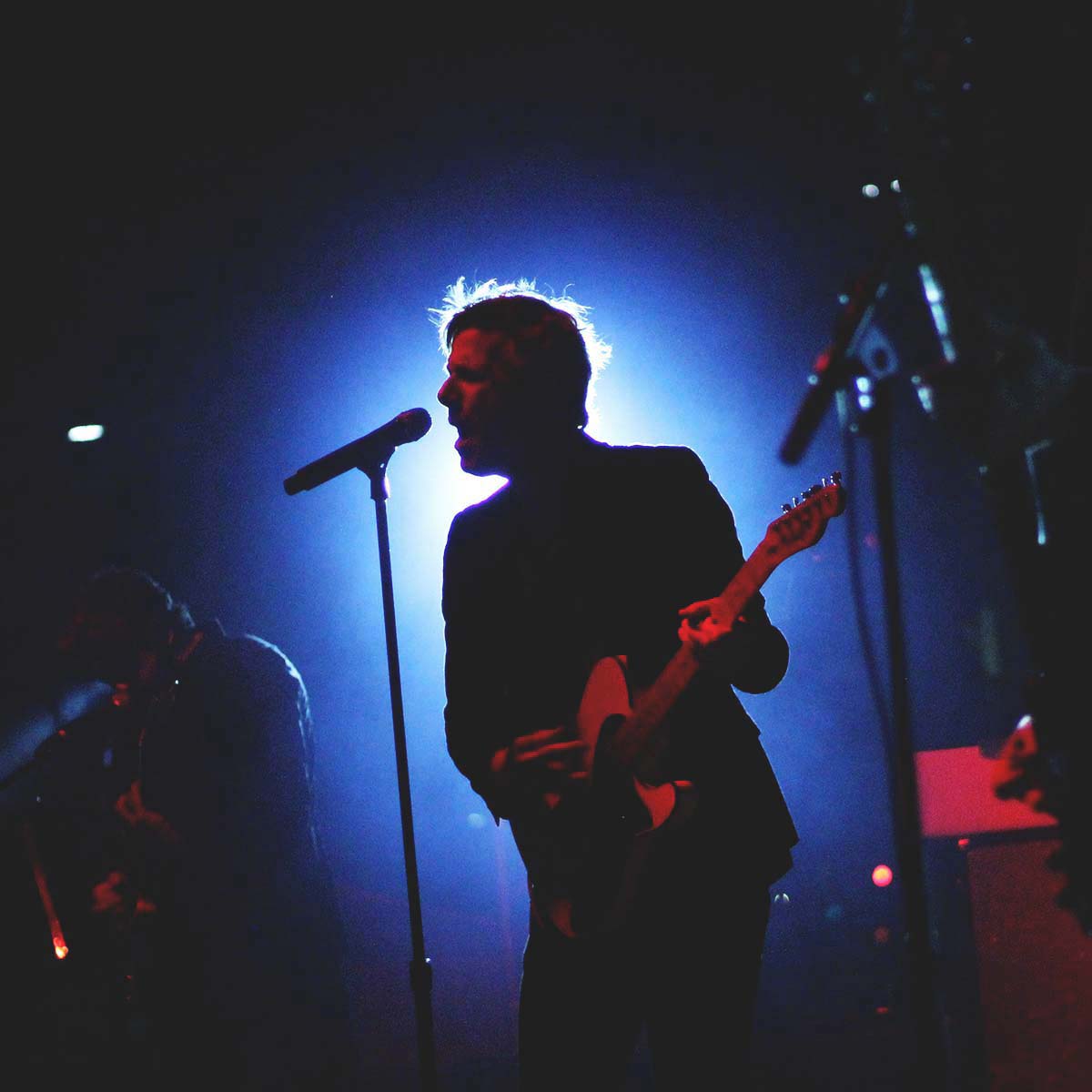 At Music Fests, On College Campuses, In Dance Clubs, At Drive-Thrus, On Cable Or Jogging Around Our Lakes: There’s No Hiding From Ted Cruz’s Senate Challenger.

All slideshow photos by Pete Freedman.

It doesn’t matter how or where you spend your days. At this point, it seems certain: Beto O’Rourke will find you.

And once he does, he will undoubtedly launch into a speech or some sort — or at least do his best to charm you. And, like, all of your coolest friends will probably be there to root him on and provide him applause breaks so he can take a breath. And then he will remind you to head out to the polls on Tuesday, November 6, and to please vote for him if you do.

It’s impressive as hell: For all the attention his campaign to unseat U.S. Senator Ted Cruz is getting in the national press these days — and there’s been plenty of that, with way more still on the way — the oft-repeated O’Rourke talking point that perhaps isn’t getting enough play is the fact that he’s really out here visiting all 254 counties as part of his election effort.

Yes, the Beto campaign really is a masterclass in foot-on-the-ground campaigning. The candidate himself showing up everywhere you might even think to look. Just consider the way his past few days have played out.

On Sunday night in Downtown Dallas, he was far and away the biggest pull at the day-long (and sold-out) Buffalo Tree Festival at Main Street Garden Park (see photo slideshow at the top of this post), easily outdrawing the music names supporting him at the event — acts such as Spoon, The Polyphonic Spree, Sparta, Sarah Jaffe and Bobby Sessions — and being given, oh, about 10 times the speaking window that his fellow Democratic Party political hopefuls (who know well where their bread is being buttered these days) would receive.

After that, maybe you caught O’Rourke in your Facebook feed celebrating that earlier event — presuming, of course, you weren’t the people he campaigned to while waiting in line at a Whataburger drive-through in Dallas on Sunday night.

On Monday, he attended an event similar to Buffalo Tree down in Houston called Turn Out For Texas. There, he again drew big crowds, and rubbed elbows with such Texas icons as former Houston Texans running back Arian Foster and musicians Willie D, Shakey Graves, Bun B, Trae Tha Truth and Chamillionaire.

This pic will get me some haters for sure. Talking about guns being taken away and socialism. Shoot ya best online shot. Im from PA we don’t bar that. It’s time for a change in Texas. And I’m on the front line. Make sure you register to vote. Today is the last day! #BetoForTexas

Then, on Tuesday, he hit the college circuit visiting Rice University and Texas State University, and also made some time for All In with Chris Hayes on MSNBC, all the while reminding people that it was the last day in Texas to register to vote for the upcoming elections.

As for today? Well, tonight, you can find Beto back in North Texas at the Lizard Lounge — yes, that Lizard Lounge, the legendary Dallas dance club — as he further stumps for votes and campaign donations.

Tomorrow, then, you’ll find O’Rourke leading an early-morning jog around White Rock Lack as part of an attempt to work off all his Whataburger stops and Beer With Beto events — but only so much, as this one’s being billed as a “Donut Run with Beto” deal.

Later on Thursday, he’ll stop in McKinney. And, on Friday, he’ll hit Mineral Wells and Fort Worth before heading off to campaign in parts South and Southeast for the next little while.

Meanwhile, even with the latest polls still showing this to be a single-digit raise that will ultimately boil down to voter turnout, neither the Ted Cruz nor Senator Ted Cruz Facebook pages, both of which are verified, currently lists a single upcoming campaign event in Texas or anywhere else. Furthermore, Cruz has (rather curiously) wholly ceded an upcoming opportunity to face off with O-Rourke on CNN to his challenger, meaning the El Paso congressman will be getting an hour of cable airtime to himself to express why he’s a better candidate for the people of Texas than Cruz is.

No matter your stance on the issues, you’ve got to respect the hustle.