Spoon, Sparta To Headline Rally For Beto & More In Dallas. 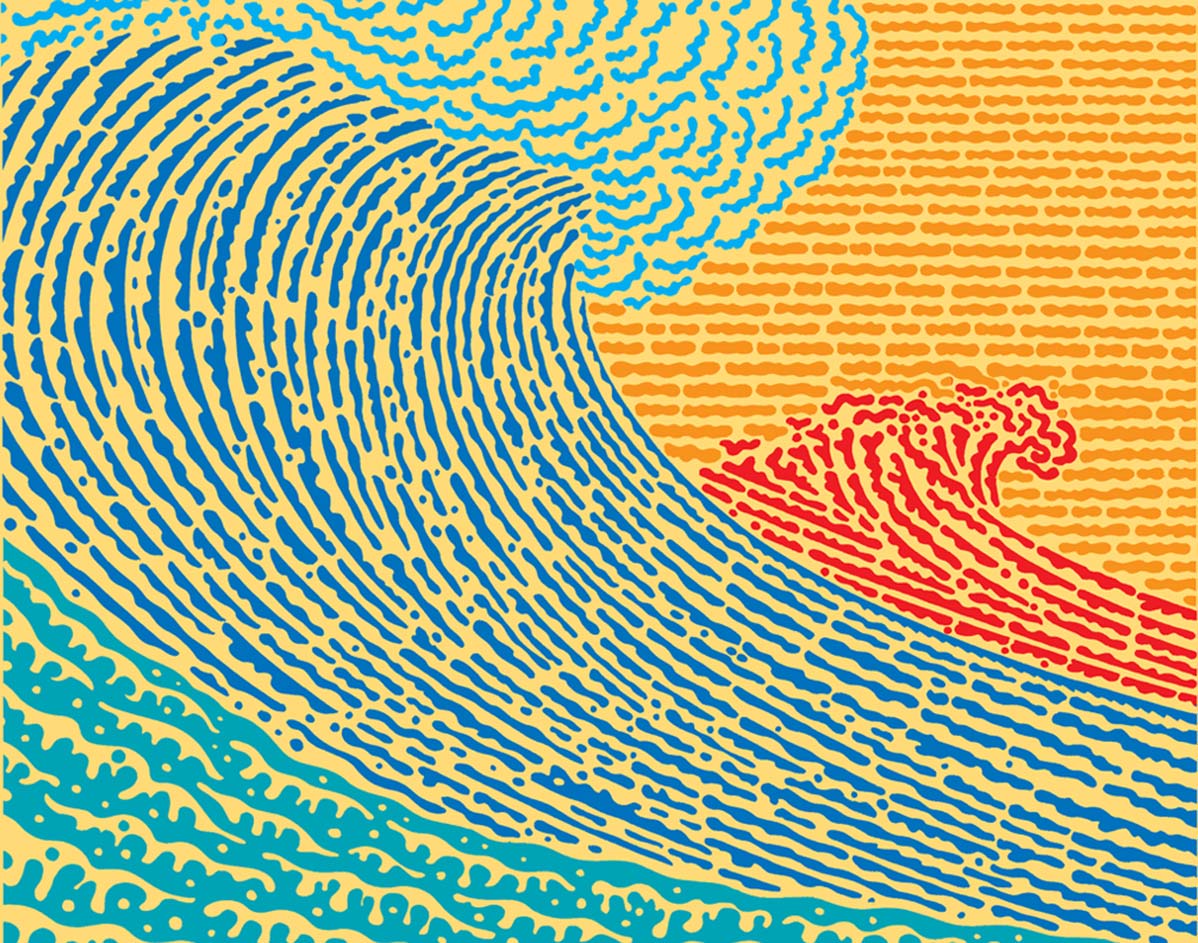 In an effort to push Texas voters to the polls, a massive lineup of musicians and speakers will gather in Downtown Dallas just two days prior to the October 9 deadline to register to vote in the upcoming November 6 elections.

The event will run from noon until 10 p.m. Tickets to the affair, which can be purchased in advance here, will run $10. Proceeds will go toward future editions of the Buffalo Tree Festival, which organizers hope to turn into an annual marriage of music and political activism in Downtown Dallas. Attendees under the age of 17 will be admitted onto the grounds free of charge. 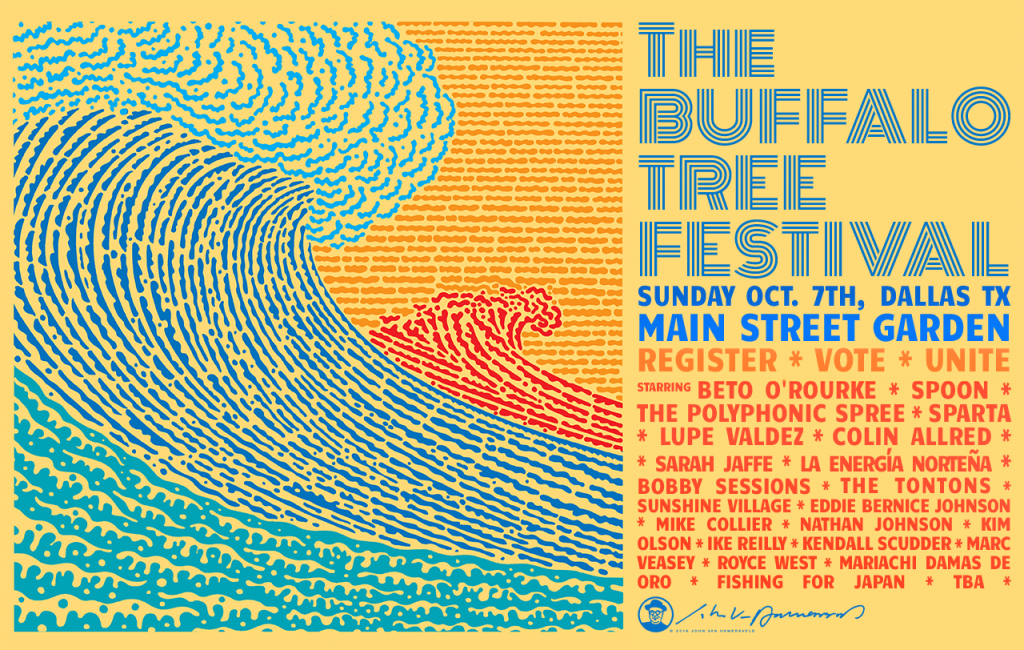 The Buffalo Tree Festival is the brainchild of Dallas musician Dylan Silvers (These Machines Are Winning, Sunshine, Village, The Polyphonic Spree, [DARYL] and more), who is putting it together along with help from his [DARYL] bandmate Michael Lamm, the organizers behind the Homegrown Music & Arts Festival and the Dallas County Democratic Party.

The name of the event is inspired by a children’s book and Sunshine Village album Silvers wrote called The Buffalo Trees Saved the Children of the Sun, which tells a story of young people rising up to combat and topple a government war machine. Says Silvers: “After seeing groups like March For Our Lives step up and take action, I decided to do whatever I could as an artist to help the cause on the ground, and not just on paper.” (Silver’s Sunshine Village project will also perform as part of the day’s festivities.)

Co-organizer Lamm describes the event succinctly: “The Buffalo Tree Festival is a merging of music and political activism to inspire the disenfranchised, uninformed and new voter to make their voice heard on November 6.”

Despite clear political leanings in its speak lineup, organizers say the goal of the fesitval is not so much to push a political agenda as to make sure that eligible voters are registered to cast their ballots come the November election. To that end, the event will feature at least 100 voter registration volunteers from such organizations as MoveOn.org and Jolt Texas scattered throughout its grounds all day long.

“We hope to get hundreds, if not thousands, of people registered to vote, fired up and headed to the polls,” says Homegrown Fest founder Josh Florence, whose team will be producing the Buffalo Tree event.

The event will feature a layout and production format similar to that of the Homegrown Fest and its sister Old 97’s County Fair event, with vendor booths lining the edges of Main Street Garden Park as speakers and musicians perform from a stage located at one of the park’s ends. In line with the spirit of the event, those booths will be dominated by various nonprofit and political activist organizations, among them Moms Demand Action, the Coalition of Black Democrats, the Next Generation Action Network, the League of Progressive Voters and the Human Rights Campaign.

See Also:
• TATTED-UP TED CRUZ POSTER IS NO JOKE. // Rockwall Republicans Are Pushing A “Badass” Ted Cruz Image While The State Party Slams Beto O’Rourke’s Seriously Cool Past.
• BETO FOR TEXT-AS. // Could Beto For Texas’ Text-Message Campaign Actually Annoy Potential Voters Out Of Supporting His Bid To Unseat Ted Cruz From The Senate?
• YOU’VE MARCHED, RALLIED AND PROTESTED. WHAT NOW? // What Are You Supposed To Do Next?

For Florence and his Homegrown Festival team, teaming up with Silvers’ concept was an easy call.

“Just like most people, we can see and feel that the world is broken and divided in a lot of ways, lacking love, compassion, grace and forgiveness,” Florence says. “When Dylan presented us his vision, it was clear to us that Buffalo Tree Festival was a way we could put our skills to work and try and help change some of those things in Texas. We were tired of sitting on the sidelines.”

Adds Dallas County Democtraic Party chair Carol Donovan: “The Dallas County Democratic Party is proud to partner with the Buffalo Tree Festival to combine the determination of Democrats with the talents of our county’s homegrown performers. This October 7 concert will focus on young Democrats and provide a fun forum for new voters to register to vote for the November 6 election.”