The Spread: Bishop Arts’ Lucia Gets A New Home. 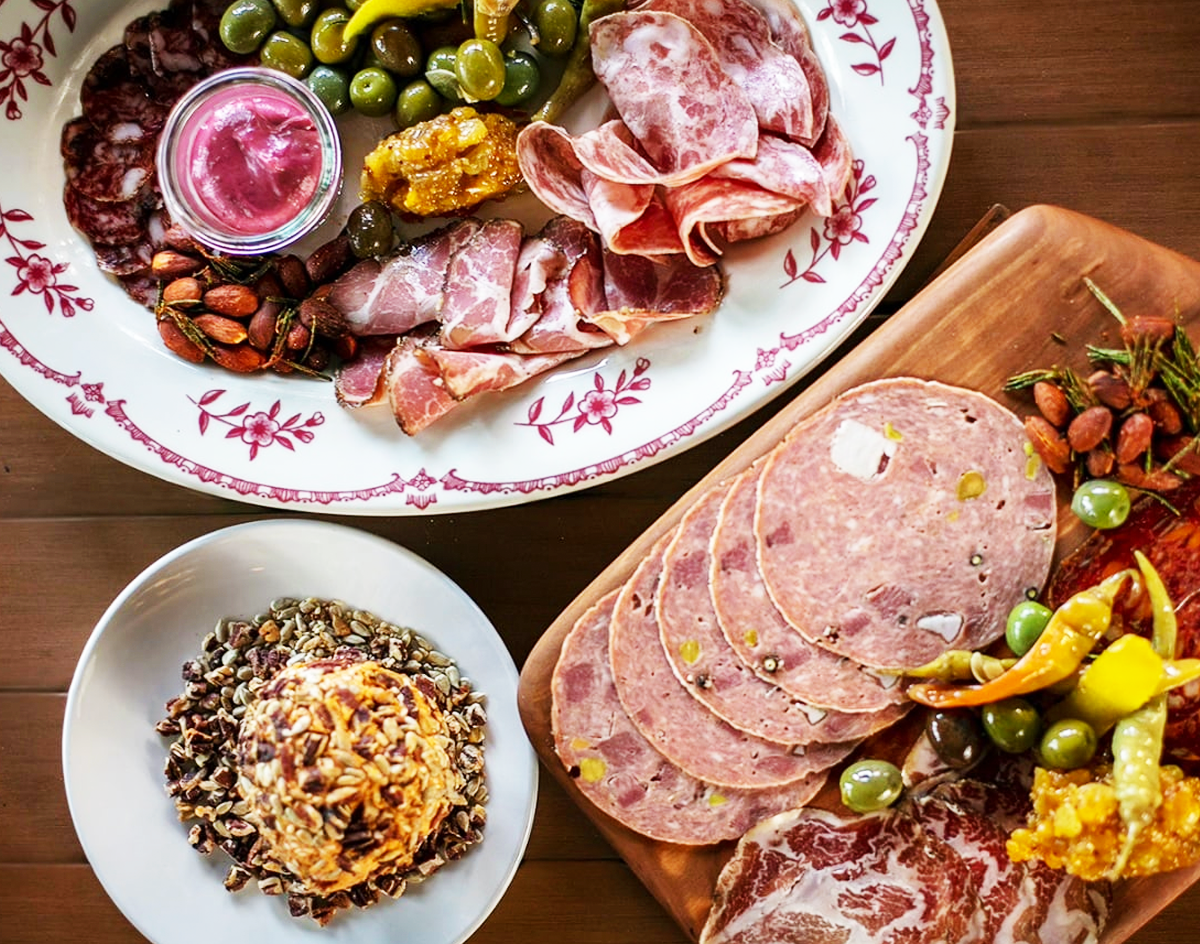 This year has shown to be a challenge to many restaurant and bar owners — and David and Jennifer Uygur have had their fair share of hurdles. In Bishop Arts, the couple’s casual salumi restaurant Macellaio has been forced to shutter permanently as a result of the still-ongoing pandemic, per an announcement on sister restaurant Lucia‘s Facebook page. This news comes after the pair’s third restaurant, Salaryman, permanently closed its own doors earlier this year following chef and business partner Justin Holt‘s leukemia diagnosis.

Despite all of these super disheartening closures, there is some bittersweet news to look forward to: The Uygur’s nationally acclaimed Italian restaurant Lucia is here to stay — although it will be relocating from the living room-sized climes in which it made its name. The upscale Italian powerhouse that once sat on 408 W. Eighth Street for the last decade will now move to the building that once housed Macellaio at 287 N. Bishop Ave. Renovations will begin in January, with the neighboring old Salaryman space to be converted into a permanent Lucia To Go spot.

Speaking of Italian food, there are some more old-world expansions going on in this new world: The Southlake-born and thriving Italian eatery Delucca Gaucho Pizza and Wine will open its fourth location in Fort Worth next month, according to the Dallas Morning News. Following the successes of its subsequent Plano and the Design District locations, this newest location will be located near Texas Christian University and expects to be operating by the end of January. Delucca has gained popularity after bringing a Brazilian-style approach to pizza in North Texas by combining elements of a pizzeria and a churrascaria. Rather than a rotation of various meats brought to your table like in a traditional Brazilian churrascaria, however, they serve over 20 different types of pizza.

Back home in Dallas, the über-popular Cane Rosso will soon be adding a little something extra to its White Rock Lake location by soon opening new locations of its sister business Thunderbird Pies and Cow Tipping Creamery right next door. The announcement came via Facebook just last night that these new spots are set to open up in the property recently vacated by the craft beer destination On Rotation, which is itself gearing up for a big move to a new, bigger home over by Love Field. Still: A pizza location next to another pizza location? It sounds like something out of a Curb Your Enthusiasm episode, doesn’t it? Well, there are differences between Cane Rosso and Thunderbird: The former serves up Neapolitan-style pies and the latter lings Detroit-style ones. As for Cow Tipping Creamery? Well, they offer up soft-serve ice cream. Sounds like lunch, dinner and dessert to us — and a real-life single-block monopoly from the ever-active mind of restaurateur Jay Jerrier.

Meanwhile, if you’d like some drama to go with your meal, we’d suggest catching up on the latest in the Fletcher’s Original Corny Dogs lawsuit — especially since it would appear the final chapters of this long-running family spat are finally wrapping up. G.G. Fletcher‘s granddaughter Jace Fletcher Christensen can longer use the family name or backstory to promote her own Corndog With No Name business venture, which is set to open a second location next month. A trial portion of the case was expected to begin in the coming year, but both sides of the family have apparently reached a confidential agreement out of court to prevent that, thus concluding this messy (if also compelling from the outside looking in) family back-and-forth.

Alas, we have a feeling that we’ll be forced to keep explaining a lot of Texas traditions to newcomers soon. Speaking of: Is there a “Don’t Midwest Our Texas” bumper sticker yet? Maybe they’ll sell them at Minnesota’s fast-casual salad restaurant, Crisp & Green, which CultureMap reports is coming to Dallas on January 12. The healthy eatery will open in University Park at 6565 Hillcrest Avenue just in time to help jumpstart those healthy New Year’s resolutions you’ve been considering,

Lastly, and for the folks in the suburbs that don’t have to deal with the traffic that stems from so many newcomers moving in, CultureMap has the beat on a small Detroit-based chicken wing restaurant opening in Allen and set to soon expand to Little Elm. Called Wing Snob, the upstart chain boasts a menu with classic wing flavor staples like lemon pepper, garlic parmesan and their signature Awesome Sauce.  The best part? They’re open until midnight, which is basically after hours in the suburbs. From one native D-Towner to another: Howdy, new neighbor! We’ve got lots to see, read and eat here! Hope you like it!