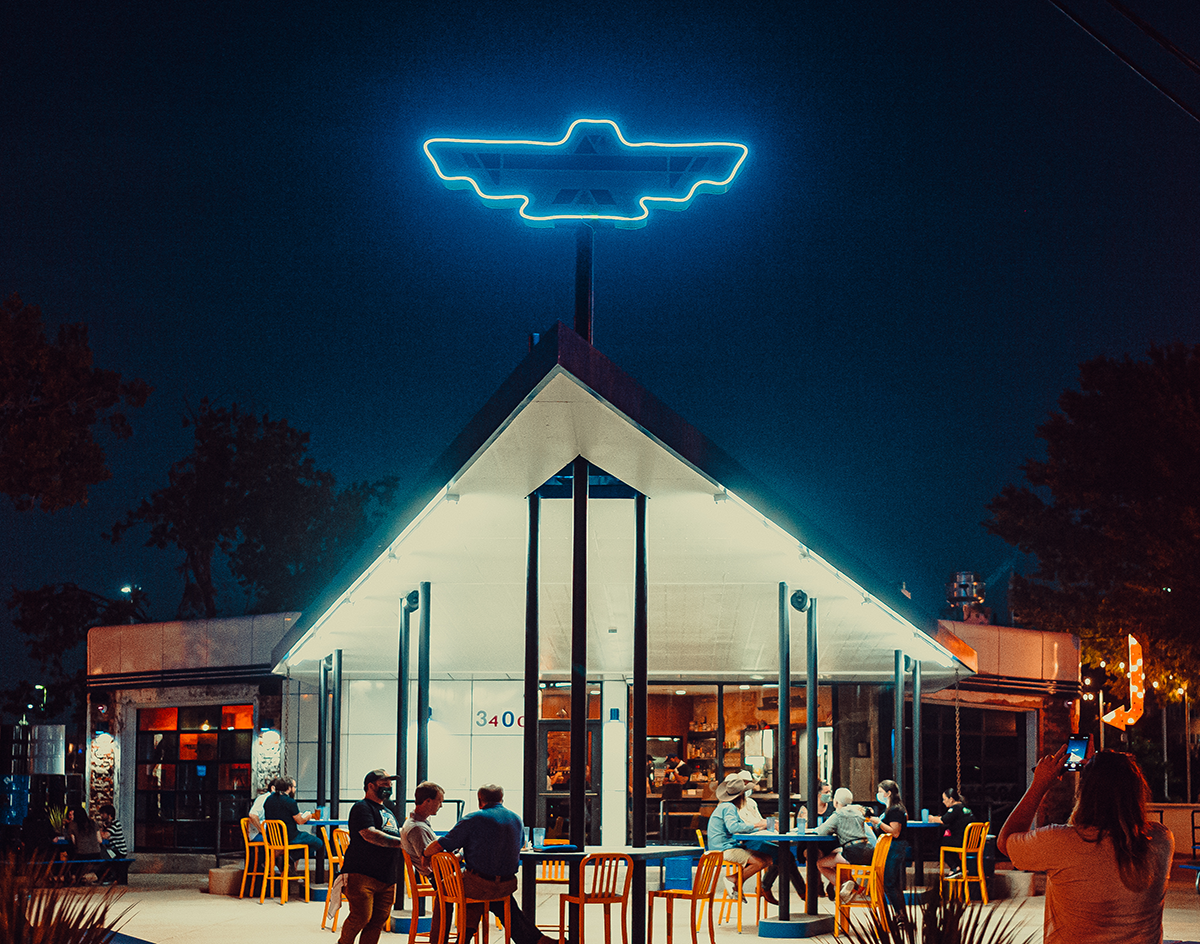 Even In A Pandemic, These 10 Dallas Bars Somehow Opened Up, Offering Us A Bunch Of Spots To Look Forward To Visiting In The (Hopefully Safer) Years To Come.

In a year marked by a litany of permanent closures, it’s not just the spots that managed to weather the pandemic storm that deserve our respect and future patronage. The ones foolhardy enough to show up on the scene during this of all years need their props, too.

Listen: We won’t blame you for taking a break from stepping out on the town over the course of these last nine months; in fact, we celebrate you for listening to reason.

But, at the same time, that decision meant missing out on the opening of some of breakout across the city. Lucky you, then, that there’s a vaccine coming, and there will be ample time once this outbreak’s gotten under control for you to start ticking off boxes on your lists of new places to visit.

This list is meant to help you in shaping yours. These spots were not only chosen for their opening dates, but for there spacious architectures and their landscapes, all of which seem to reflect the forthcoming post-pandemic era well.

That’s right, folks: New, undirtied barstools and open patios are the big factors in this list of Dallas’ best new bars of 2020. Hopefully sooner than later, you’ll be able to enjoy them worry-free yourselves.

Another Round (West Dallas)

This year, a new hipster mini-golf spot opened near the Sylvan Thirty complex in West Dallas. Located at 660 Fort Worth Avenue, this industrial space is home to a very adorable 12-hole miniature golf set-up that groups of up to 14 people can rent out entirely for an hour while spacing the eff out and having a little fun.

Oak Cliff Brewing Co. has proudly sat at Tyler Station since 2018, but it’s newly opened outdoor beer garden is a cool nod at the current times. The red wooden chips on the ground, the string lights and the large, spaced-out wooden picnic tables make this creek-side beer garden a perfect place for a date night, either after a long bike ride or before an art exhibit.

Back in November, Pegasus City Brewery opened its super swanky art deco-style taproom inside of the historical Power & Light Building in Downtown Dallas, making it the first of its kind in the neighborhood. With its spacious and huge taproom, this spot breathes some much-needed life into the beautiful-but-notoriously-boring Downtown Dallas scene. Worth noting: This is the second taproom location from the Design District’s Pegasus City, with its original location just down the street, a neighborhood over.

If you head to the fourth-floor rooftop of The Virgin Hotel in the Design District, you’ll find The Pool Club — a spot that, even in these colder times, brings the heat. This rooftop pool lounge and bar has plenty of rentable cabanas-turned-chalets for you and a small group to reserve in advance, ensuring your place at one of the best places in town to people watch. No, you’ll never know who you’ll see here — from the wannabe starlets to real, authentic-style connoisseurs themselves.

If high maintenance and glitz are decidedly not exactly your cup of tea, try a sip of a G-Tea-O at the Thunderbird Station in Deep Ellum! Alongside the Single Wide and the across-the-street Double Wide, it’s the latest spot to join Kim Finch’s tough-but-laid-back roster of concepts. The car garage-themed bar isn’t just kitsch, either: It opened earlier inside of a 1922-built space that once was home to Maynard Regiel’s Gulf Service — an old service station that sat at the location for 62 years.

Next time you’re in Lake Highlands, pop by Vector Brewing, an appropriately eye-catching new brewery that brings with it some dorky nods to graphic design. No, really: The name is a reference to those infinitely scalable graphic files that don’t distort or ruin their resolution when you resize them! That makes sense, since the founders are both creatives raised in the service industry.

Located next to its sister spot Basic Taco on Commerce Street, this agave spirit-themed speakeasy and cockteleria draws its inspiration from the streets of San Miguel de Allende, Mexico, and features tiny rentable rooms for two called “Sancho Rooms” that were specifically designed for guests who are looking to get away from the crowds. Still not comfortably being inside a cozy indoor space? No worries: This new cantina also boasts a courtyard that’ll have your Instagram followers thinking you were crazy enough to travel internationally during a pandemic.

When this long-awaited tiki-bar finally opened up in Lower Greenville, it caused quite the stir — er, swizzle! (Oh, c’mon! That was funny!) Swizzle took nearly four years to open after it began as a series of pop-ups from the masterminds behind it, Jen and Marty Reyes. Since the departure of Trader Vic’s all the way back in 2010, and the short-lived run of Pilikia on Ross Avenue in the late ’10s, Swizzle is basically the only legitimate tiki bar — in Dallas proper, anyway — that truly goes above and beyond the regular-shmegular Mai Tai fare. Step things up a notch with this spot’s tropical fare — and, while you’re at it, try some of those signature Loco Balls.

Sitting all nice and spaciously at 311 S. Akard Street and boasting 10,000 square feet of outdoor patio space, Jaxon Beer Garden is the perfect place to catch a beer with plenty of space. Jaxon Beer Garden not offers a large variety of beers and wines, but features an impressive bar menu crafted by longtime Dallas cocktail guru Alex Fletcher. One of many new attractions at the glitzy, tech-forward entertainment ground that is the $100 million AT&T Discovery District, Jaxon isn’t just one of the more intriguing new options in town; it’s already turning the Discovery District into one of the most successful nightlife destinations around.