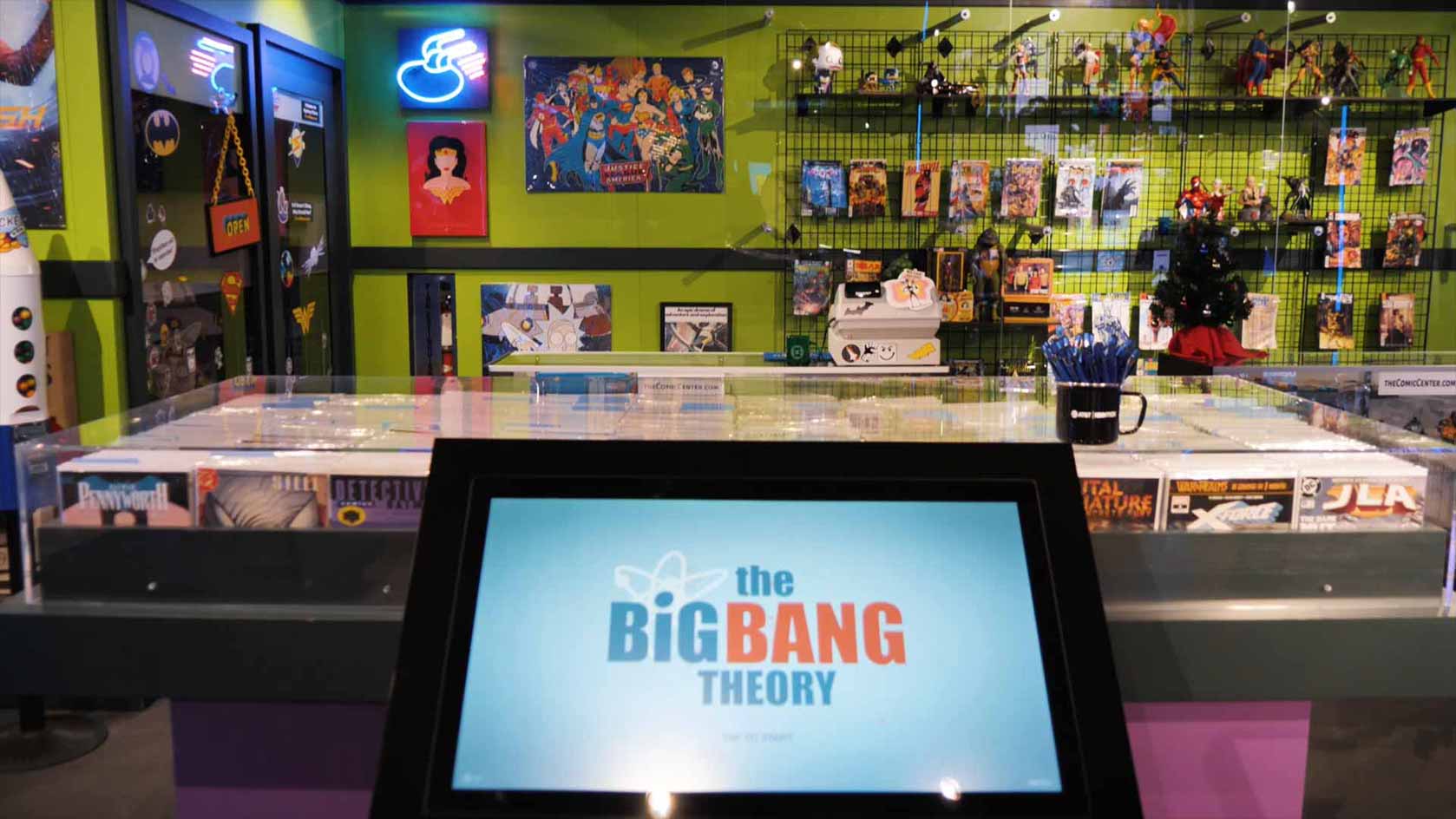 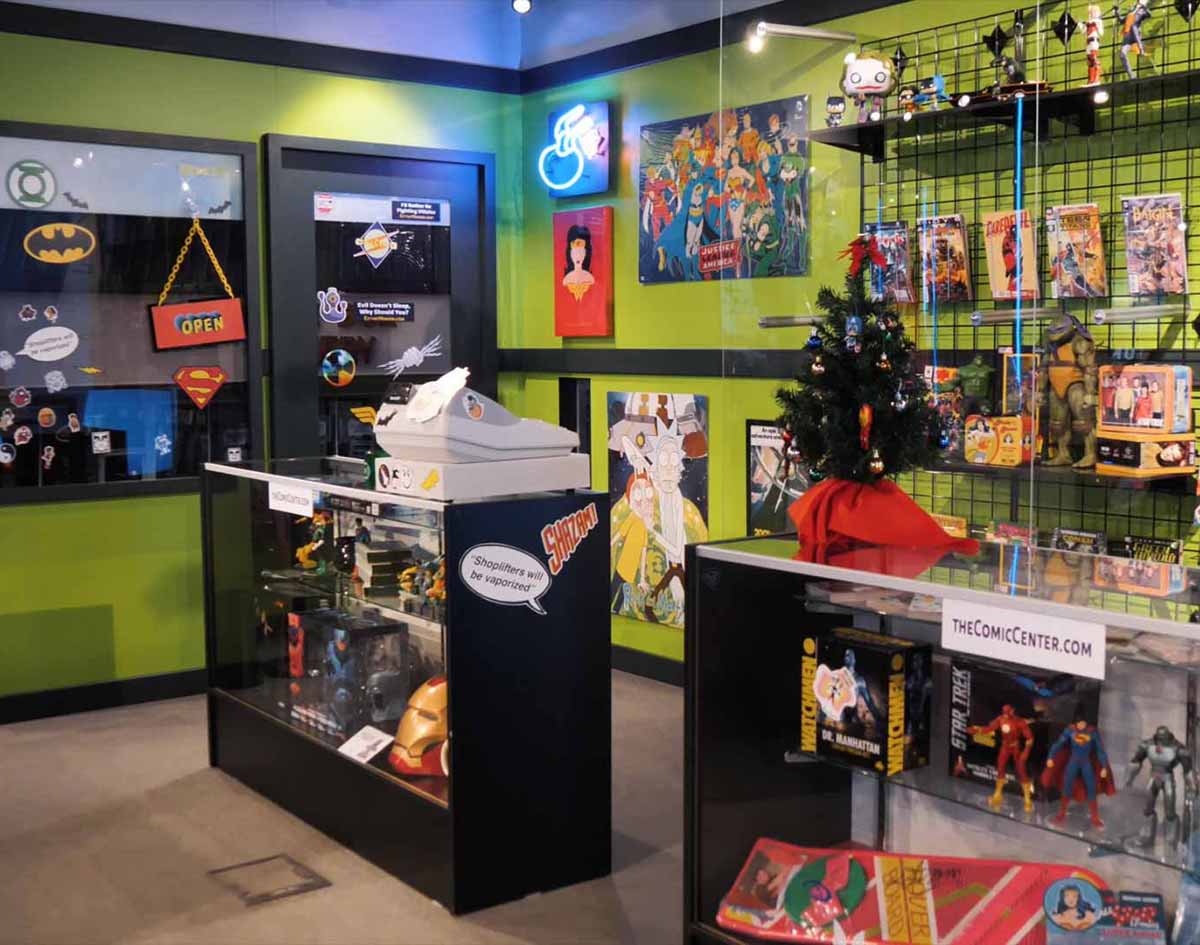 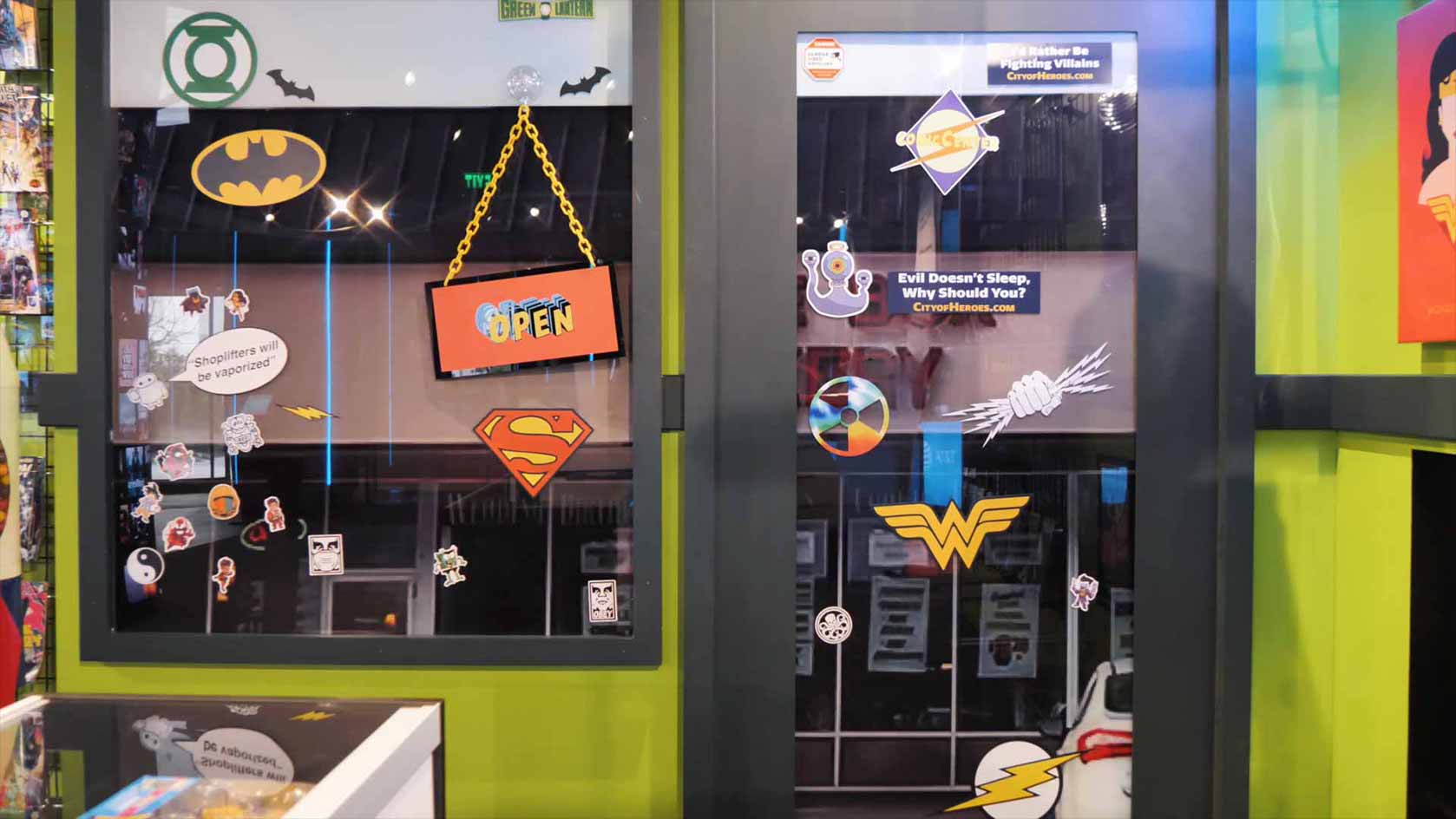 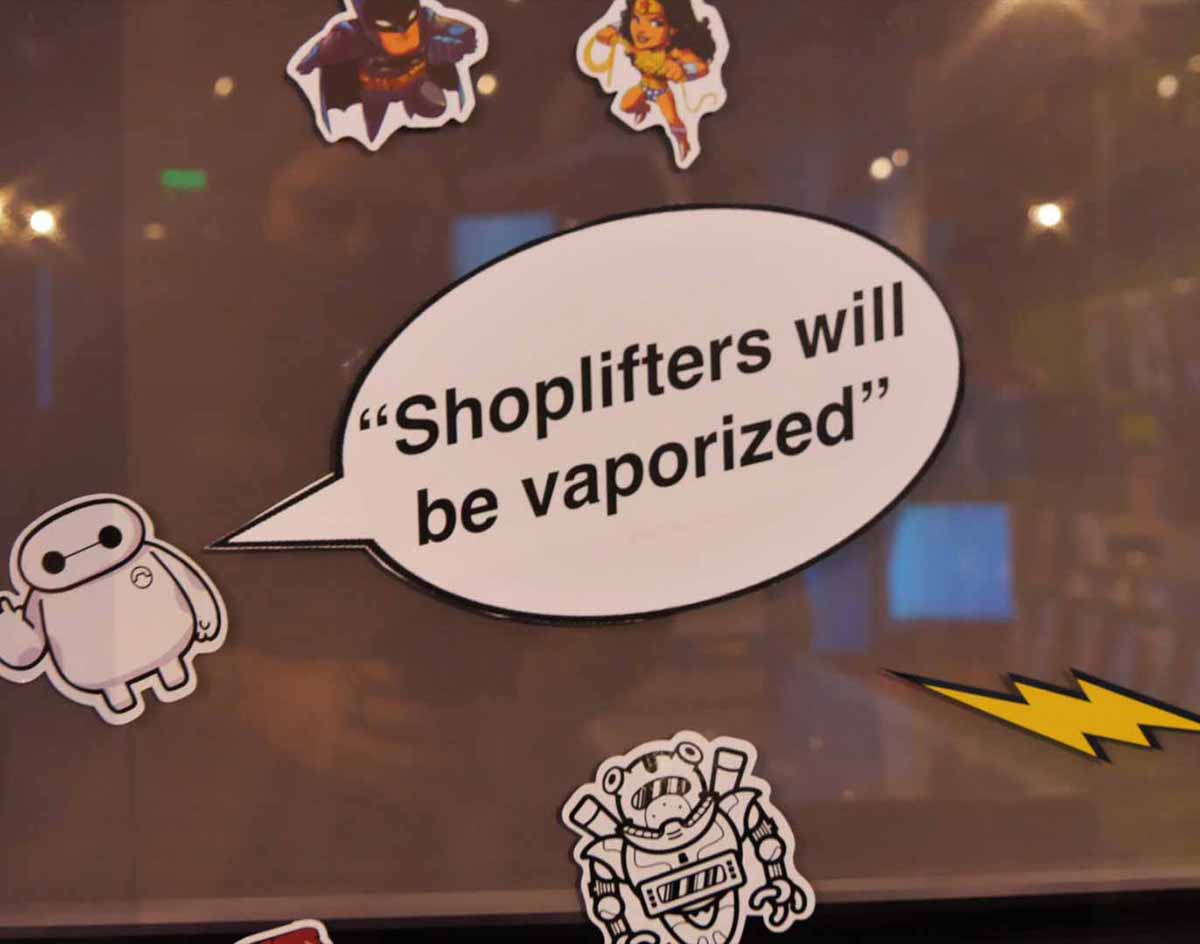 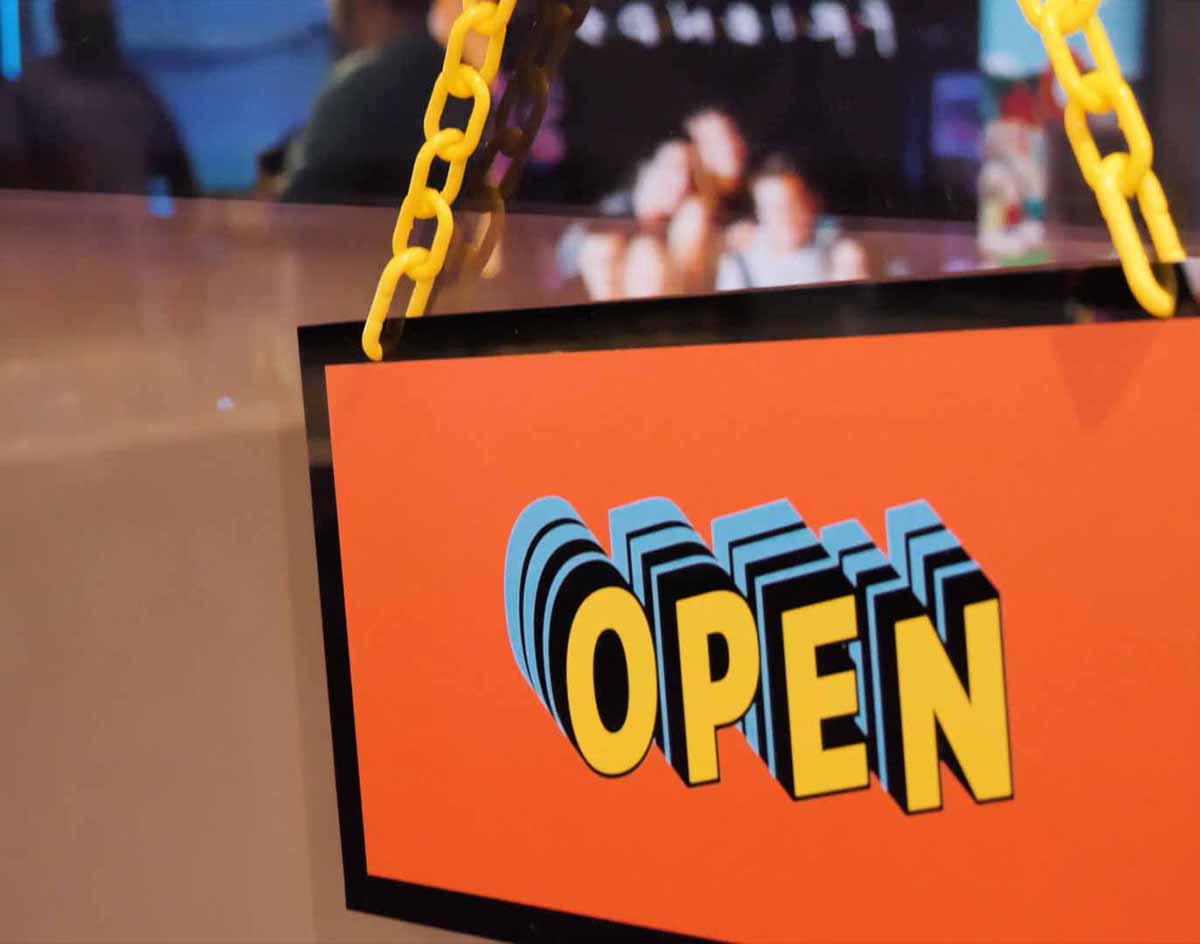 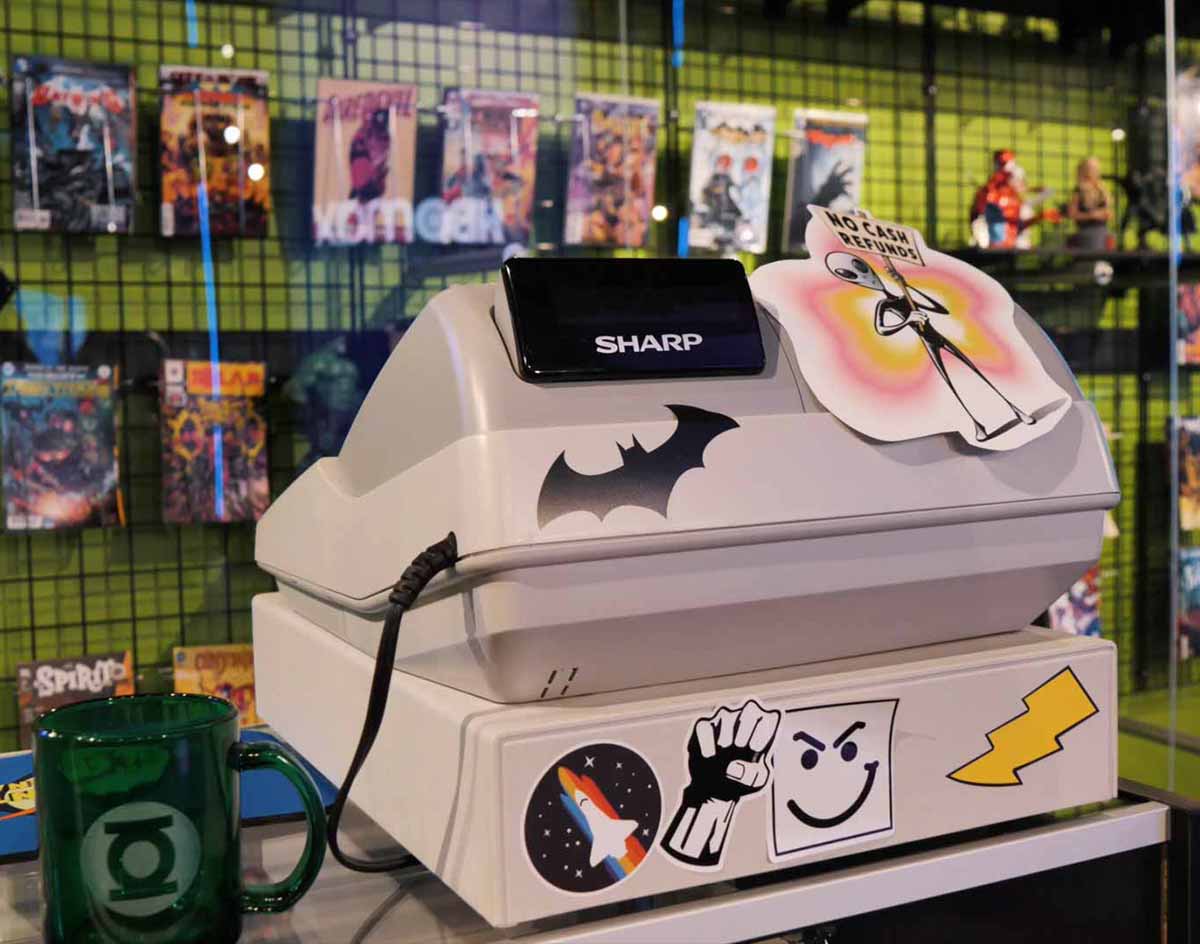 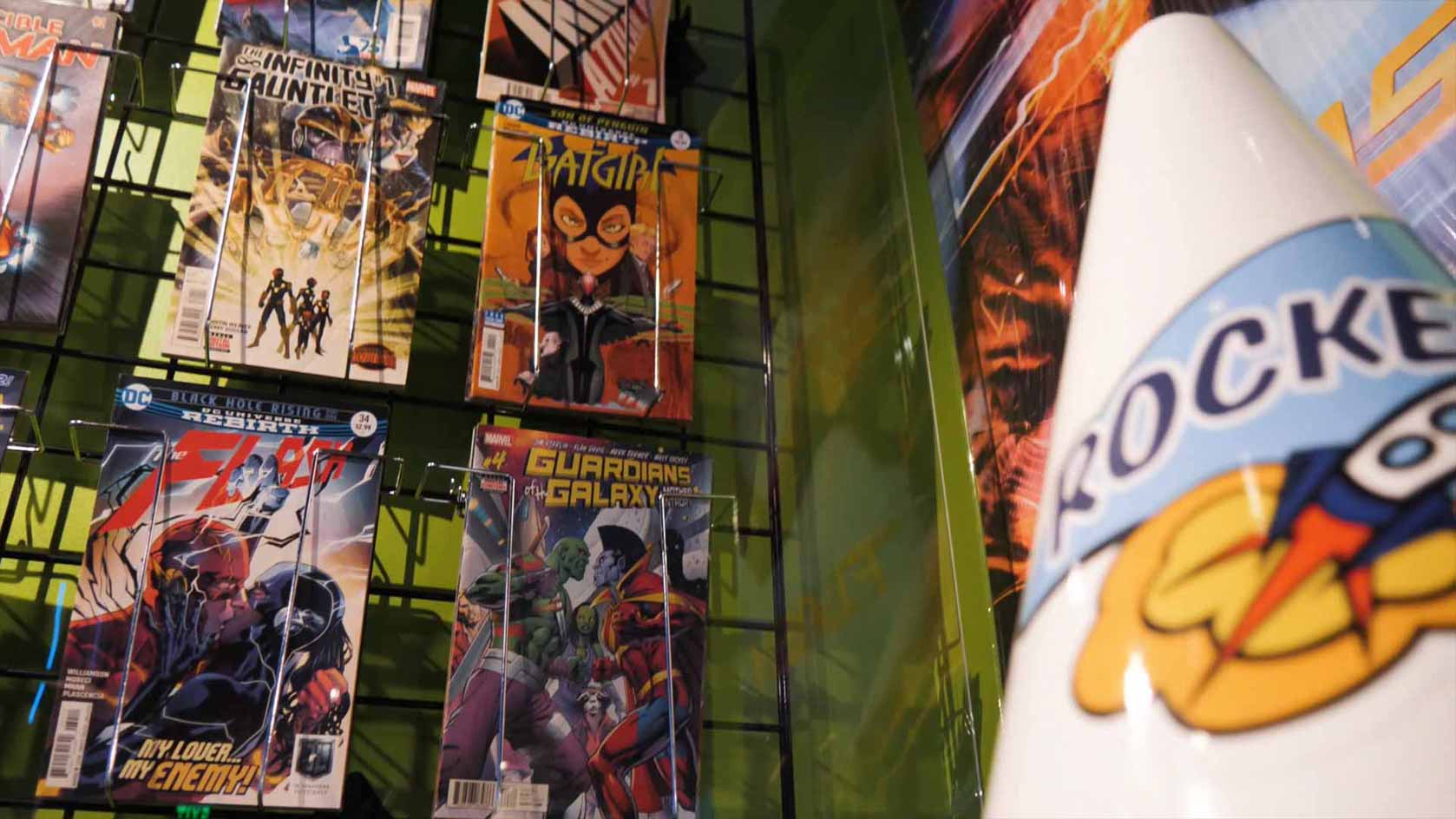 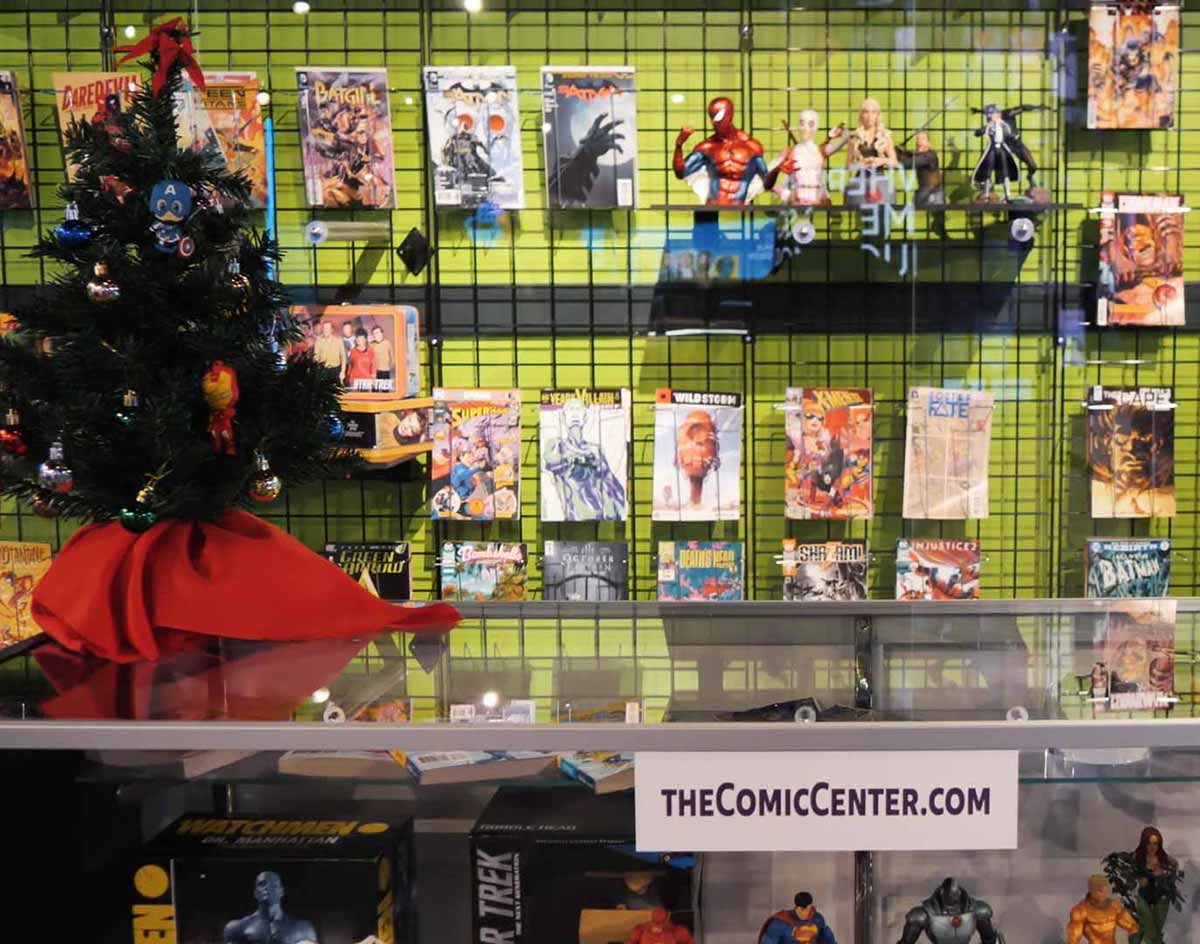 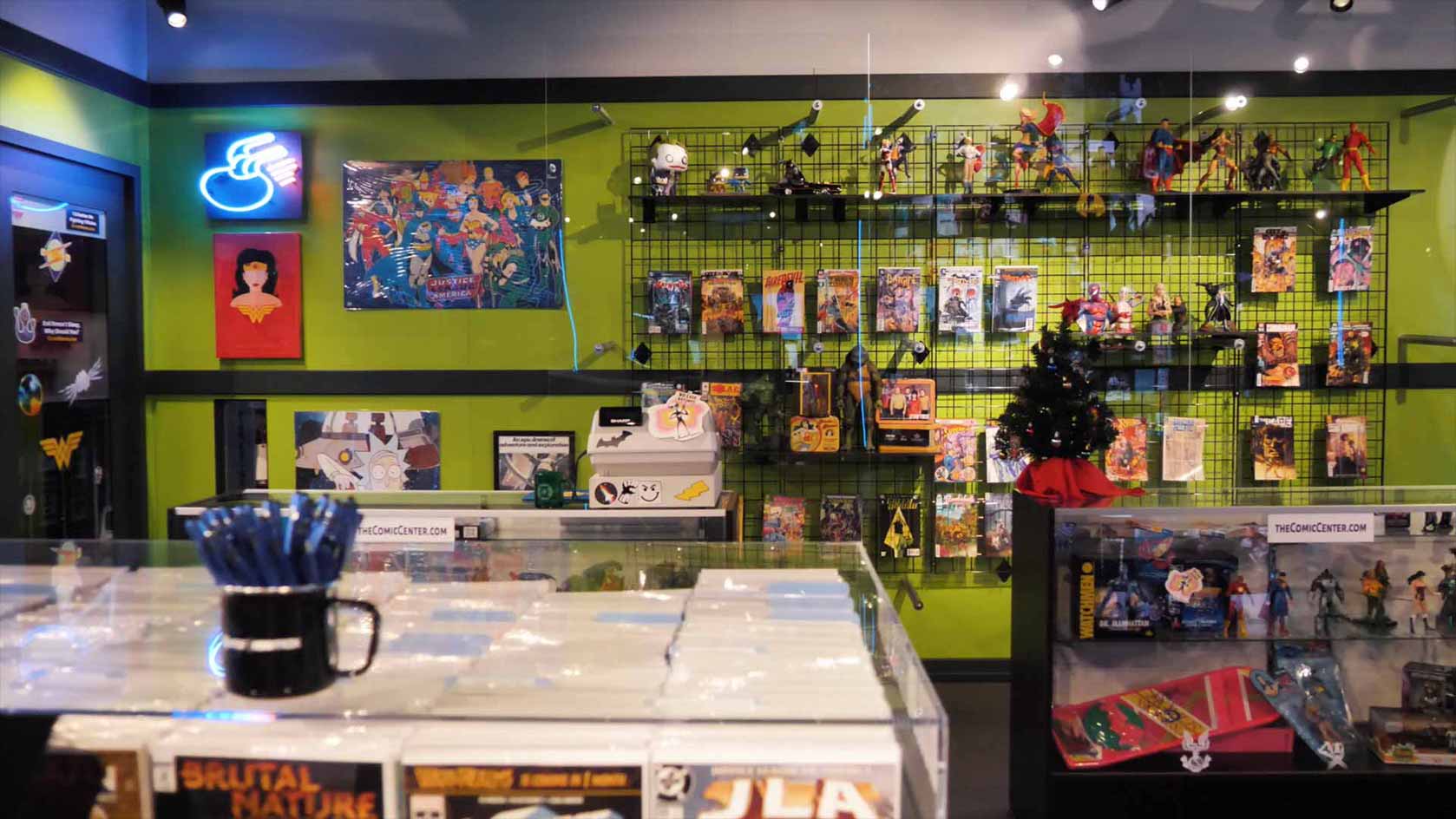 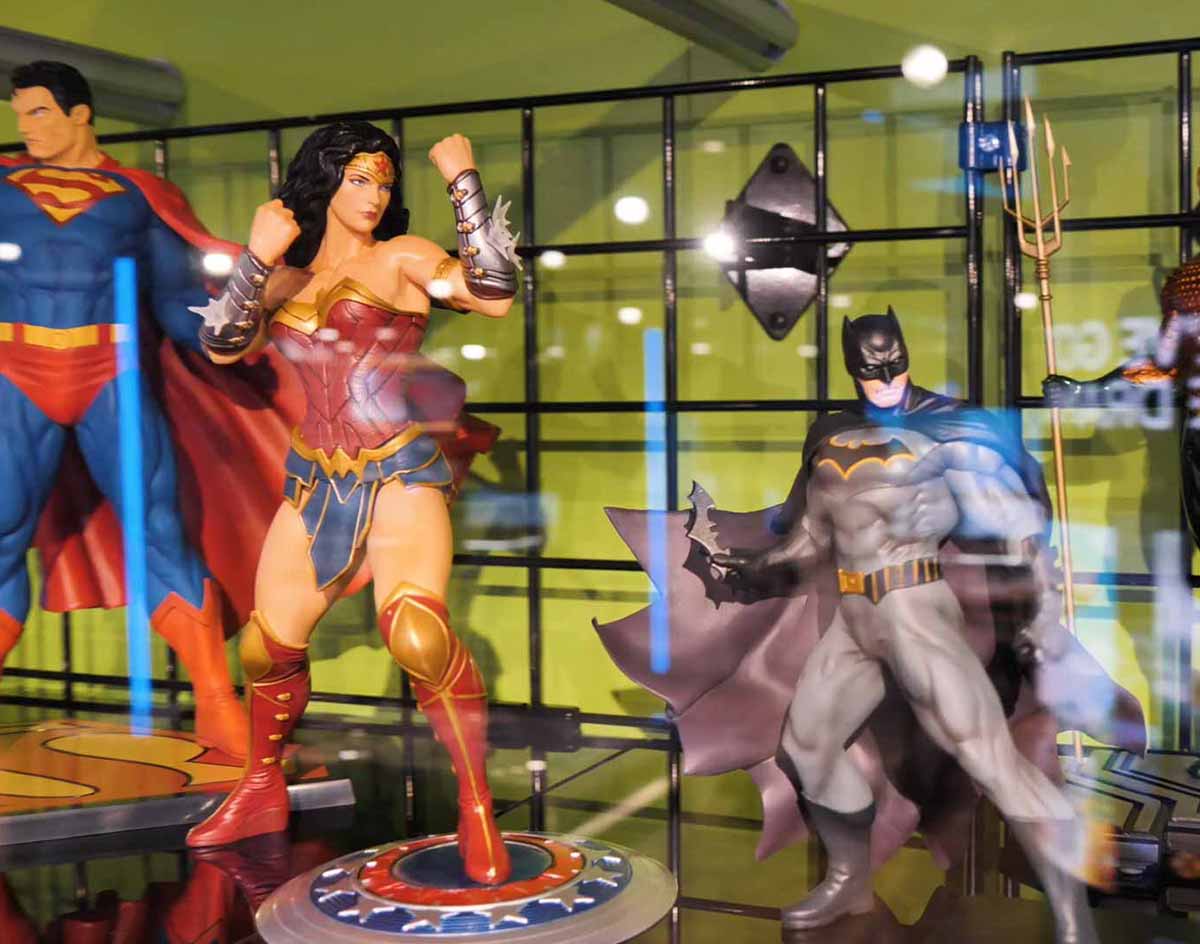 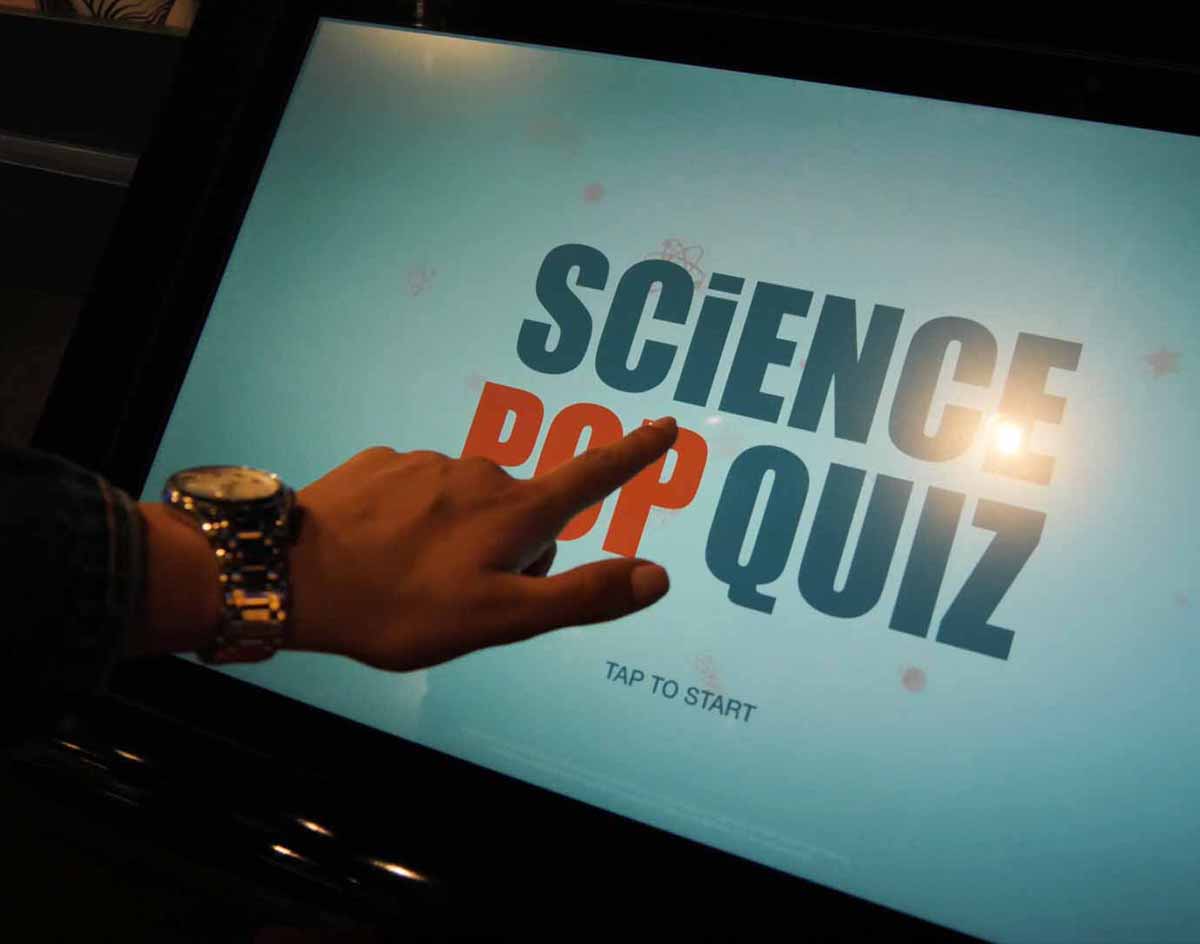 Our Whole Universe Was In A Hot, Dense State, Then The Comic Book Store From The Big Bang Theory Replaced The Friends Set At AT&T’s Discovery District.

As with everything else, the still-ongoing coronavirus pandemic has put quite the damper on the AT&T Discovery District’s big 2020 debut plans.

After the March opening of anchor restaurant Jaxon Texas Kitchen & Beer Garden, the new $100 million-plus entertainment complex outside of AT&T’s Downtown Dallas headquarters was originally set to take its formal bow with a grand opening celebration in May. But while that blowout event was placed on indefinite delay as shutdown orders came into play, things are still trucking along somewhat — well, best they can, anyway, and on diminished scales — in the new facilities.

For instance, beyond its dining establishments combining to report some of the best alcohol sales in the city of late, the complex’s AT&T Experience Store is still offering pop culture fans the chance to revel in a little immersive celebration of their most revered properties as promised.

Until recently, the Experience Store offered Friends fans the chance to visit a recreation of that seminal sitcom’s Central Perk hangout. Now, it’s turning its gaze onto another immensely popular network comedy: The Big Bang Theory. Last week, the Downtown Dallas space was transformed into a shrine celebrating the longest-running multi-cam sitcom of all-time — and, more specifically, a recreation of that show’s frequent Comic Center of Pasadena setting.

Officially open as of last week and up through at least the end of 2020, the space features various replica set pieces from the show, including such details from the store as comics, action figures, stickers, its cash register, gum ball machine and much, much more. Also, along with a handful of cast-signed authentic pieces of memorabilia, the space also displays various outfits worn by the show’s celebrated Sheldon Cooper character, and additionally features interactive screens where fans can play trivia games about the show.

Say what you will about the show being celebrated here — plenty else have, despite its popularity — but the set’s arrival in Dallas at the very least makes good on AT&T’s promise to make use of its many properties as entertainment options within the Discovery District’s offerings.

While certain takeaways from the space are available for purchase, entry into the Experience Store is free, as are its interactive elements.