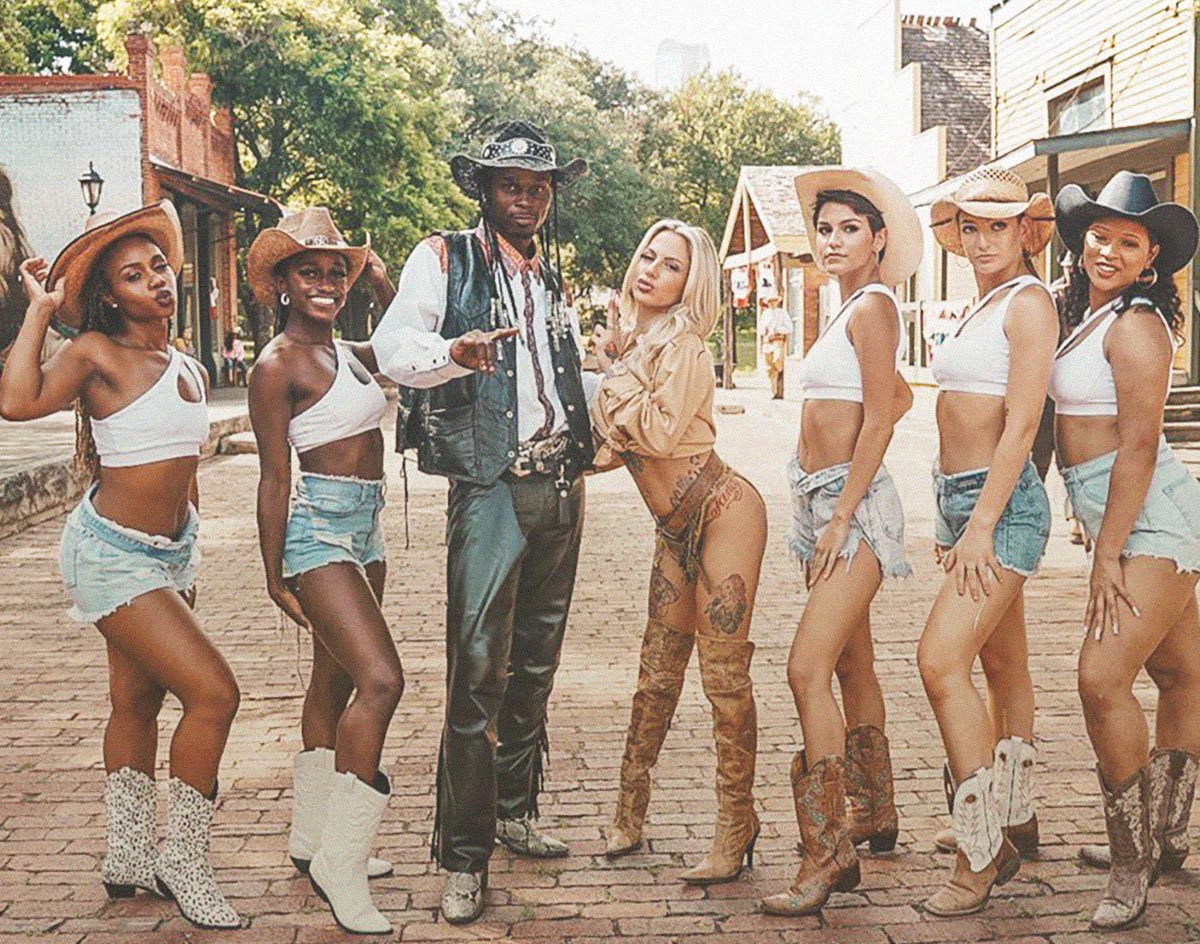 On Their New Collaborative Single, Two Unabashed Dallas Rappers Give The Country Crossover Trend A Cheeky Go — And Clearly Have A Blast In The Process.

Dali Voodoo & Tay Money — “Country Girl”
RIYL: horses in the back
What else you should know: We live in a post-“Old Town Road” world. Rappers who wanna dabble in country music are no longer quite as gate-kept as they once were. Country artists, meanwhile, are no longer pretending they don’t just straight-up appropriate rap already.

We’ve seen this play out locally for a little bit now, perhaps most notably with Dallas rapper Lil K00n — the man behind “Crazy,” one of our favorite area tracks of 2020 — embracing a country western-themed music video for his most prominent release to date.

Now, though, we’re seeing it play out through a few even more prominent local players.

On their August-released collaborative single “Country Girl”, there’s no denying what Dallas rappers Dali Voodoo and Tay Money are up to. Were the down-home lyrics and banjo-centric beat not evidence enough, the pair’s Dallas Heritage Village-set music video confirms it: These two are striking for a little country crossover appeal beyond their rap-game roots.

That’s maybe not a huge surprise in the case of Tay Money. One of the more compelling — and successful — new entrants into the Dallas rap game in the last few years, the 28-year-old performer born Taylor Watson is something of a polarizing figure; audiences either love or hate her thick-accented and brash brand of hip-hop (we fall firmly in the former camp), but there’s no denying her hustle. That effort has paid off in spades, with the visually inclined artist’s YouTube channel amassing more than 62 million total views at the time of this writing, her Spotify page boasting more than 1.1 million monthly listeners and her biggest hit to date (“Bussin”) earning a remix feature from another of the other biggest up-and-coming rappers in the national game, Saweetie.

Seeing Dali Voodoo — a self-described “unboxed artist” — strike for wider appeal like this is similarly unsurprising, albeit in a different way. In his earlier-released material, Dali Voodoo too has refused to present himself as anything other than himself. It’s worked out for him fairly well to date, duly earning him attention for his unapologetic flows and aesthetics. So why not buck his own history and throw fans a curveball with an unexpected, poppy track like this? When you pride yourself on doing the unexpected, it’s sometimes the expected that garners the biggest shock.

What’s not a shock, though? That, with these performers’ powers combined, the appeal of “Country Girl” is pretty tough to deny. It doesn’t take many listens at all for the song’s straightforward hook to lodge itself in listeners’ heads. But, for such an appropriately approachable song, it also finds the two artists at its core clearly enjoying themselves, with their tongues in cheek and a general refusal to take the process too seriously.

It’s a tale as old as time: Content that creators have fun creating tends to come off as fun to all who consume it.

That that end, “Country Girl” is a song that feels readymade for field parties and tailgates. And with football now back in session, it appears to have arrived at just the right time.