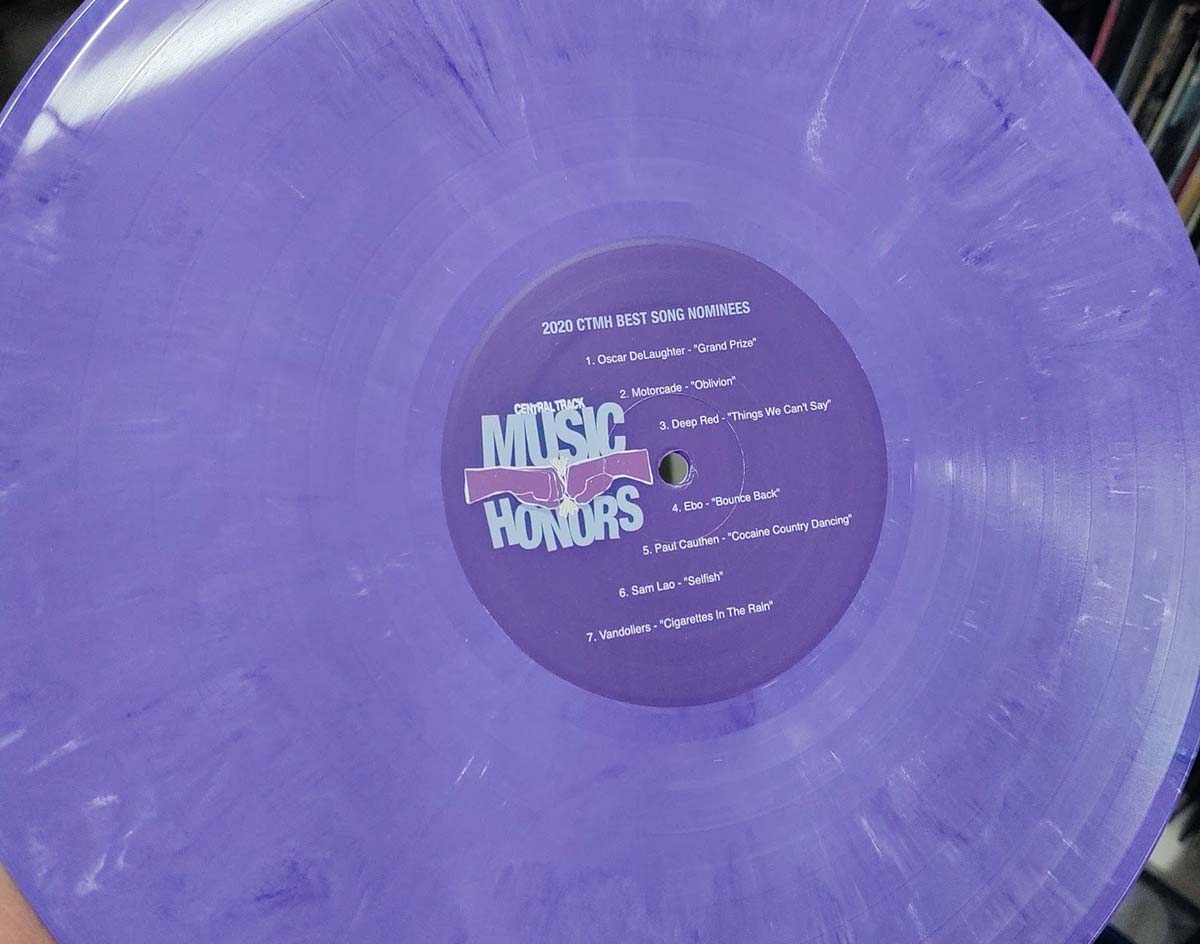 Spinning Through The Nominees For This Year’s Best Song Category, Because It’s Full Of Some Of The Biggest Dallas-Made Bangers.

Though we at Central Track firmly believe that no Music Honors category is superior to the next, there’s something to be said of the nominees listed here in this space, as they cross the endless directions of all the best that Dallas music has to offer.

From rap to cow-punk to rock bathed in a little bit of shoegaze, the list of Best Song Honors nominees is really only a microcosm of the best music we heard in 2019. These seven songs stood out not only as certifiable bangers, but as tracks that showcase the diverse sounds our community is blessed to boast.

We know you’re going to have a tough time trying to decide to which of these songs to lock your ballot in for, so we’ve put them all in one place for a playlist of sorts.

Oh, and just so you know: We’re not only putting them here, but on this year’s Central Track Music Honors trophies, which are once again playable records featuring this year’s nominees in the category: 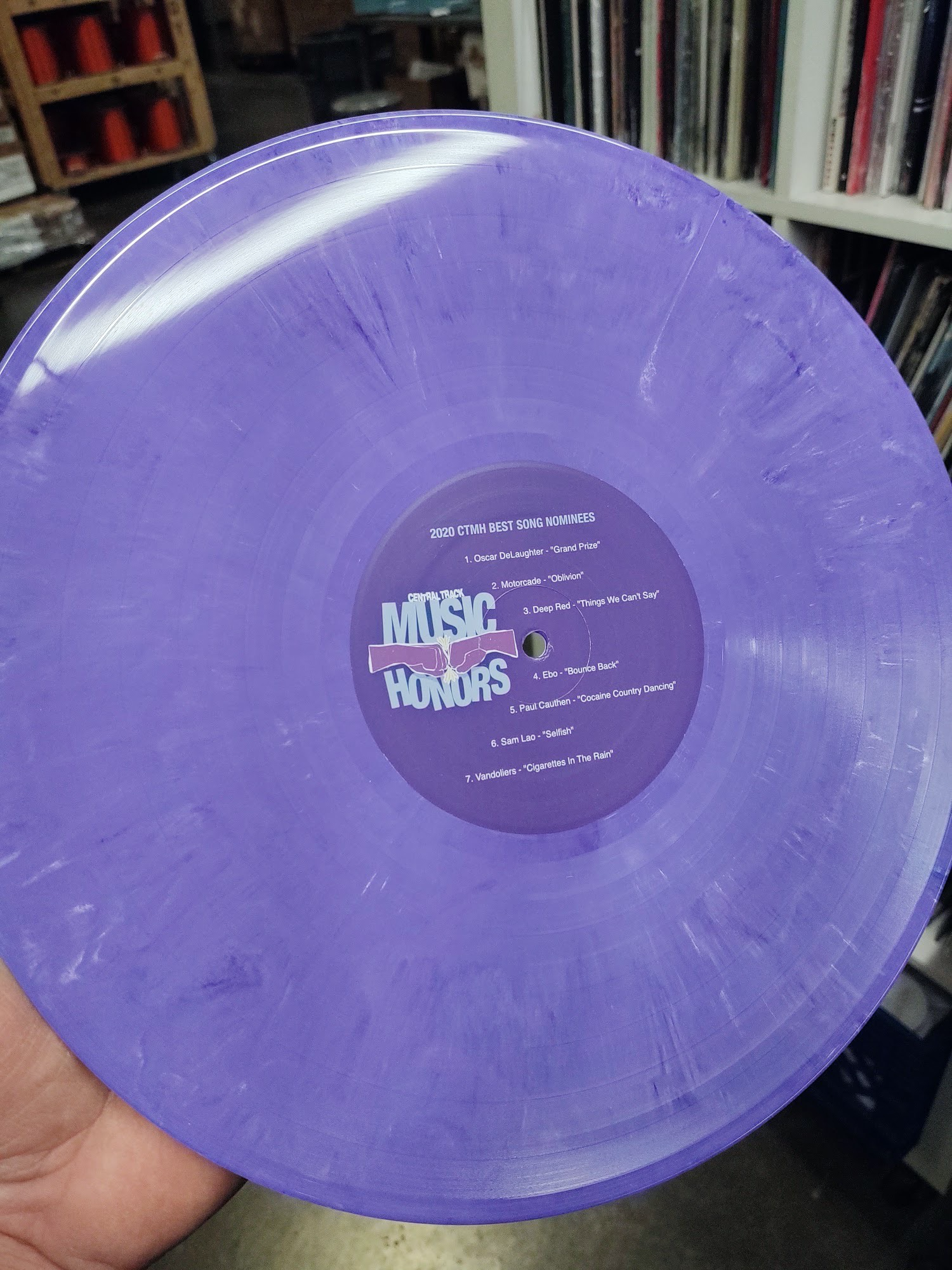 Shouts to our friends and sponsors at Hand Drawn Pressing for making these beauties possible!

Want to ensure your favorite artist from this category (and all 52 others!) walks out of the Granada Theater with one of those beauties on Wednesday, February 19? Make your voice heard here by Sunday, February 16.

Now enjoy running all seven of these songs back.

We at Central Track have been singing Ebo’s praises for a while now. The Dallas-via-Memphis up-and-comer first bounced her way onto our radar after our friends at DTXSelects put us on to her catchy, anthemic catalog of bops that are just dripping in self-care. When we featured “Bounce Back” as our Song of the Day back in October, we referred to it as “feel good music at its core” because, if it doesn’t at least get your head bouncing (if not your feet dancing) even just a little bit, then I don’t know what to tell you. Either way, good luck getting this one out of your head. Then again, why would you want to?

Vandoliers – “Cigarettes in the Rain”

In the post-genre world we’re living in now, bands like Vandoliers are an archetype for successfully pinning down a signature, recognizable sound. The “cow-punk” revivalists are a little bit country, a little bit rock n’ roll and a lot of why the Dallas scene is thriving at the moment. Vandoliers’ latest album, 2019’s Forever, is an amalgamation of the six-piece band’s varied influences. Between acoustic licks met with heavier, catchy riffs supporting frontman Joshua Fleming’s graveled vocals, “Cigarettes In the Rain” is the perfect music gateway drug for converting even the most resistant of “anything but country” listeners.

“Selfish” marked a comeback of sorts for one of the most dynamic multi-medium artists in Dallas. After some time away following her forceful debut full-length SPCTRM, the question of her return was never to be doubted. As we mentioned when first featuring “Selfish,” Lao’s return was never a question of if she returned, but when she would once again snatch our ears up. She eventually did so through a silky blend of her R&B and rap sensibilities on “Selfish,” a warm yet dominant expression of sensuality. Is it selfish of us to already be hungry for more?

Yet another artist shattering the antiquated ideas of what country music should be (see: Kacey Musgraves, Orville Peck, Lil Nas X), Paul Cauthen’s “Cocaine Country Dancing” was easily one of the Dallas music scene’s standout cuts of the last year. Released via his unapologetically honest Room 41 LP, the song is as much an exceptional display of forward-thinking country music as it is a throwback to the old days. As he made clear when I caught up with him in the run-up to the release of the release of his latest LP, he doesn’t give a shit about the same old song and dance. You love to see it — and hear it, actually.

Motorcade is somewhat of a local supergroup, so it’s really no surprise that the band’s first single since the release of its self-titled debut album feels like something of a nostalgia-including banger. “Oblivion” is introduced to us with declarative, ominous strums before giving way to a modernized take on the best of all that ’80s college rock had to offer. Frontman Andrew Huffstetler’s vocals ride the song’s blend of indie-rock and dance-ready synths over a luring hook of “one move, one move/and this call comes undone/so we’ll stay right here, oblivion.” If this is what actual oblivion sounds like, we’re not mad.

Oscar DeLaughter is the son of Tim DeLaughter (Tripping Daisy, Polyphonic Spree), so perhaps it’s to be expected that his debut EP was a no-skips showcase of the versatility he boasts in his repertoire. The self-titled release has a little bit of everything, really, from Justin Timberlake-esque R&B-pop to sputtering indie-rock and even a little hip-hop. The standout track, however, is the trumpet-assisted “Grand Prize,” which we referred previously to as being “wielded in a poppier manner a la Bruno Mars’ highest-charting tunes.” This kid is just getting started, y’all.

An exciting new duo from a couple of familiar faces in the North Texas music scene emerged in 2019 as Scott White of Duell and Rosegarden Funeral Party’s Leah Lane joined forces for a fresh and electrifying new project called Deep Red. Their first-ever single, “Things We Can’t Say,” immediately caught our ears for its shoegazed-tinge allure. A lush rock song awash in rich, distorted guitars and bolstered by the subtle harmonizing of Lane and White, the song is currently just among a handful of songs available from the duo. But, after having heard an early listen of the twosome’s forthcoming EP, we feel confident that we’ll be stanning this crew for some time to come.