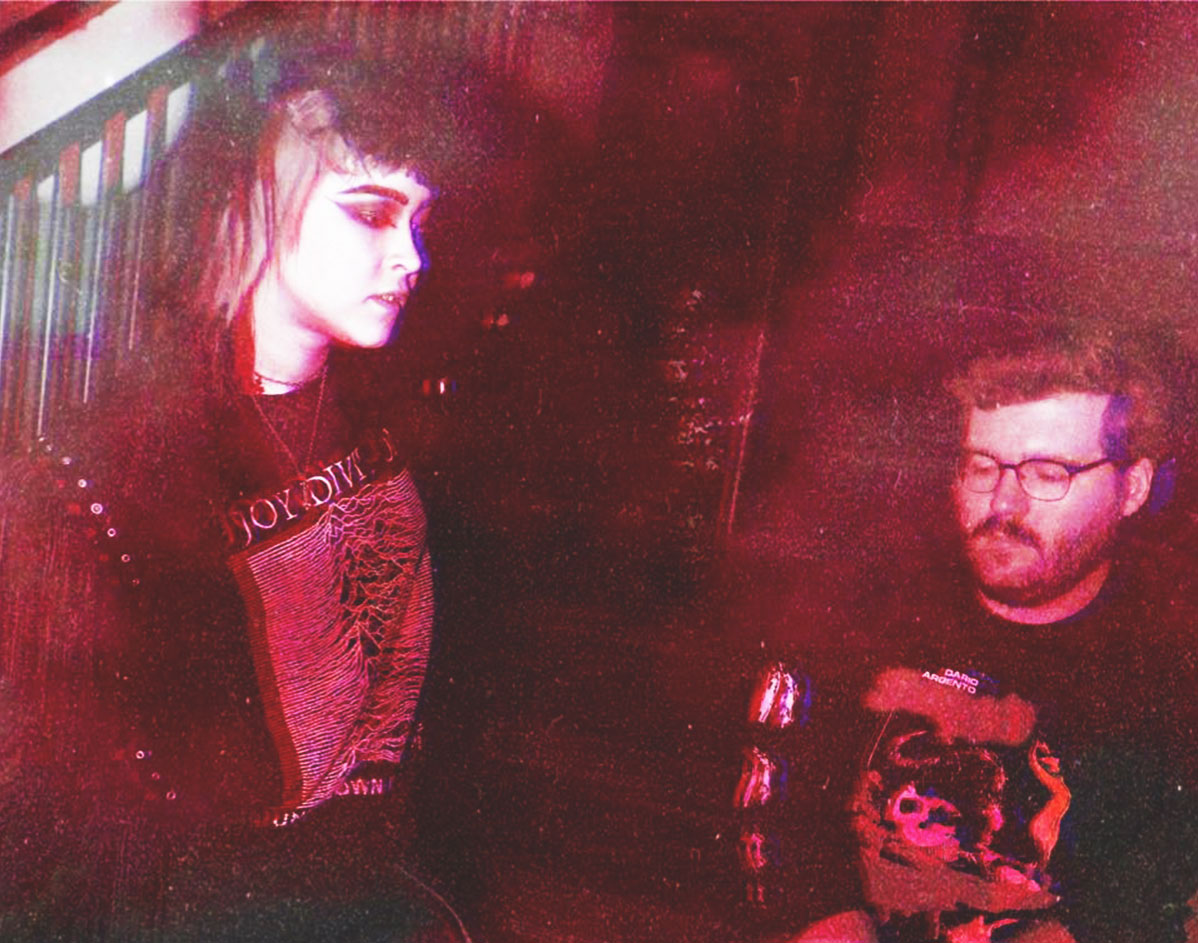 Deep Red – “Things We Can’t Way”
RIYL: Smashing Pumpkins, My Bloody Valentine, Black Tambourine, Failure and other gorgeously loud bands.
What else you should know: Rosegarden Funeral Party’s Leah Lane and Duell’s Scott White have joined forces for the new collaborative project Deep Red — and, right out the gate, their output has us singing hosannas.

The twosome’s just-released debut single, “Things We Can’t Say,” is a stunner, to be sure. It starts with the heavily-reverbed chord progressions that have become staples in the shoegaze genre, but with White and Lane’s  combined vocals providing a refreshing resistance to the clichés contained therein.

See, most shoegaze acts engage in what can be described as explicit Bilinda Butcher and Jim Reid worship. Don’t get me wrong; shoegaze is perhaps one of the greatest musical exports of the late-’80s/early-’90s, but bands of late have generally not provided much by way of variation. (Apologies to A Place to Bury Strangers and Creepoid.)

Interestingly, especially considering Lane’s always-captivating vocal prowess, it’s White’s contributions that really give this track its most interesting characteristics. His subtle, intentionally buried contributions here come at a much higher register than most shoegaze vocalists, bringing to mind Thom Yorke or even Sigur Ros; Jonsi.

It’s a muddy track at large — the guitars also have their share of reverb and distortion — but none of it feels flashy or loud for the sake of being loud. In fact, the way each chord emits heavy feedback offers a vibrato and tension to the overall satisfyingly lush sound. About 90 seconds in, the double-tracked bass vocals chime in and add a harmony that sounds a bit like the Primitives. Moreover, this song — running at 3 minutes, 42 seconds — manages to remain stimulating even with maintaining the same tempo.

It isn’t fair to call it “shoegaze,” because such a label compartmentalizes bands and confines them to one specific sound that has already been done ad nauseum. So, no, Deep Red is not a shoegaze band.

But the band is a rock group that happens to be shoegaze-influenced. There’s a difference!

And, in capturing the sound of this exciting new collaborative project, that distinction is important.