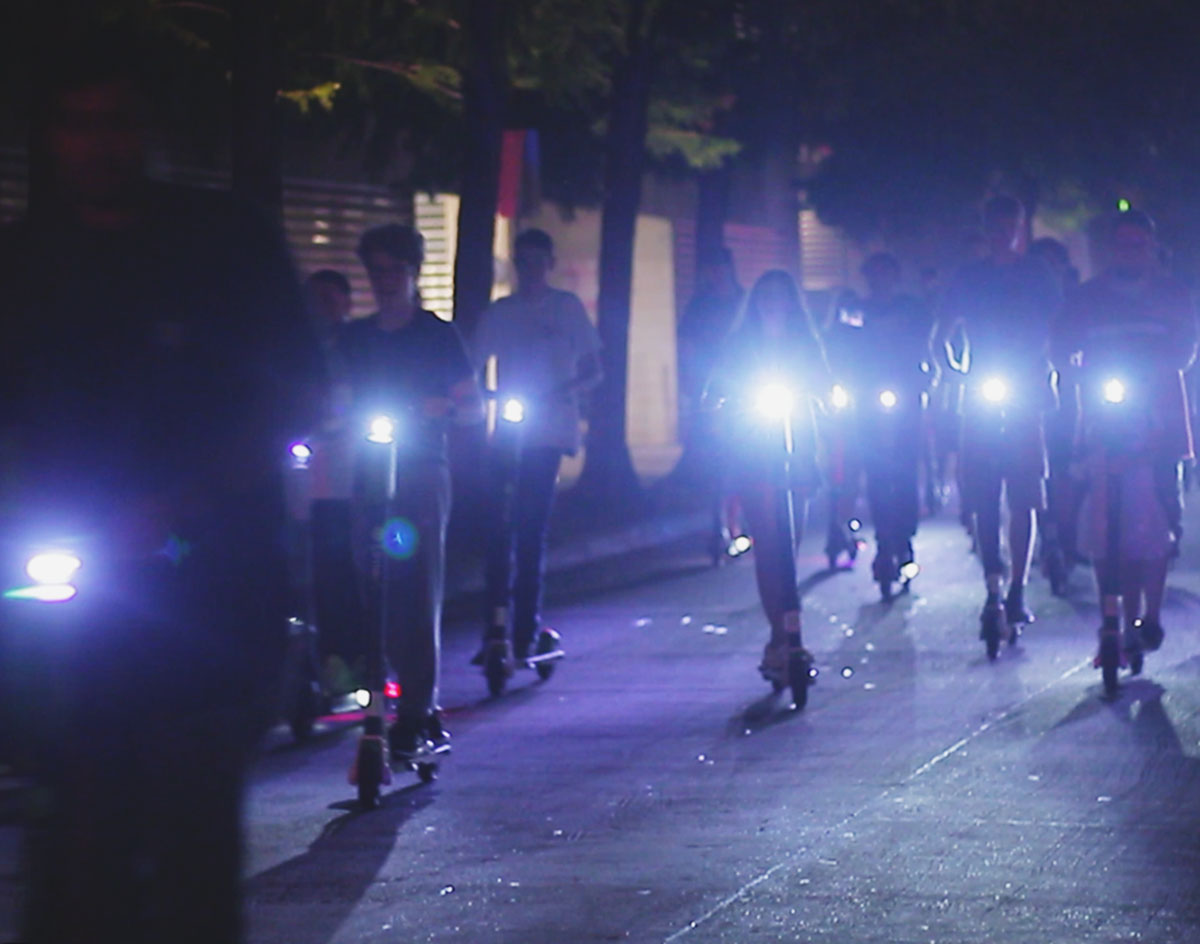 Hundreds Conspired To Fill The Streets Of Downtown Dallas And Deep Ellum With Scooters On Saturday Night — And They Plan To Do It Again Soon.

Electronic scooters filled the streets of Downtown Dallas and Deep Ellum in a fairly stunning — if also largely trivial — act of civil disobedience on Saturday night.

Inspired by a similar event that took place earlier this month in Downtown Los Angeles and quickly went viral, the so-called “Downtown Dallas Scooter Takeover” was planned on Facebook in the weeks leading up to Saturday, with organizers only revealing the final meet-up spot for the flash mob-like affair just hours before it was set to begin.

Though it didn’t quite draw the thousands who expressed interest in the event on social media, hundreds still arrived on the scene at 10 p.m on Saturday, either showing up on scooters they brought themselves to the starting point or ready to hop on the dozens of options secured by organizers in anticipation of their arrival.

Also on hand? More than just a few members of the Dallas Police Department, who’d kept a keen eye on the social media postings made in advance of the event and openly discouraged the public from taking part in it beforehand. Indeed, as participants arrived at the group ride’s starting point, cops warned riders that there’d be repercussions for taking their scooters onto sidewalks and roads with posted speed limits above 35 miles per hour, as well as for failing to properly signal their turns.

Police followed through on those promises too, reportedly issuing “several” citations to those involved in the event over the course of its trek from Downtown Dallas into Deep Ellum and back. But, for the most part, the event operated well within the constricts of local laws.

But, less a commentary on the dangers of sidewalk scooter riding, the lives that have been lost by reckless riders or the local government’s lack of regulation over this mode of transportation since its en-masse arrival in the market last summer, the event mostly seemed like an excuse for those involved to cause a little (mostly harmless) ruckus.

Still, that didn’t stop those who showed up on Saturday from feeling a sense of pride over being one of the many troublemakers drawn to the cause and deeming it a clear success — even if, beyond a few laughs, it lacked much of a real point.

To that end, organizers are already in the throes of planning a second “takeover” for this same Downtown Dallas setting on Saturday, September 7.

Exclaimed one participant who asked to only be identified as Cheddar Bob in our coverage and who planned on showing up for that next event after enjoying himself a great deal during the first: “We’re going to make a movement!”

Photo and video by Jessika Hardy.