[VIDEO] Why You Shouldn’t Ride Scooters On Sidewalks. 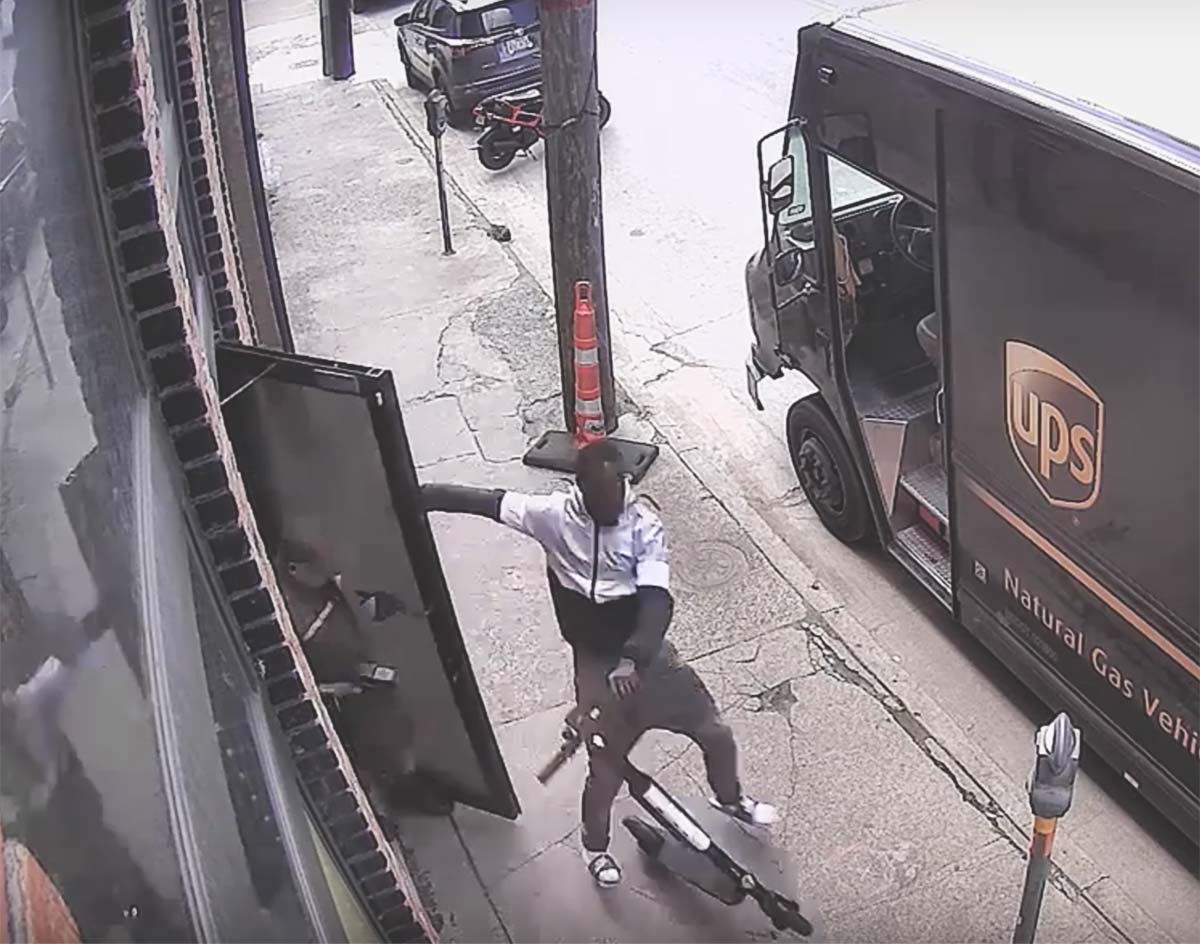 Motorized Scooters Are Rad, But There Are Reasons Why You’re Not Supposed To Ride Those Suckers On The Sidewalk In Deep Ellum, The Cedars Or Downtown, OK?

Since motorized dockless scooters arrived on the scene in Dallas over the summer, we’ve become big fans of them here at CTHQ. Really, we have!

Electric scooters are fun, efficient and convenient a modes of travel. And, beyond the fact that they’re kind of an ideal vehicle for zipping from one neighborhood to another one nearby, they just in general feel like way less of an infringement on the city than the ridiculously invasive and cumbersome bikeshare programs ever were.

But that’s not to say they’re perfect, though, ’cause they ain’t.

We still have one major and very particular beef with these things: People who are too chickenshit to ride them in the streets far too frequently just end up riding them on the sidewalks of such heavily foot-trafficked Dallas neighborhoods as Deep Ellum, The Cedars and Downtown — despite the fact that it’s supposedly illegal to ride do so in these three specific neighborhoods.

This is a problem we saw with the bikeshare usages in these neighborhoods, too. Now, perhaps this isn’t altogether surprising given the many ways with which the city at large continuously antagonizes the lowly pedestrian, but it makes walking around on the sidewalks in these parts of town a sometimes-dangerous proposition — or, worse, a bit of a contact sport — as the scooter riders zip along, extremely confident in a right of way that they don’t have.

Considering the literal dozens of times I’ve had to rely on my own surprisingly innate athletic abilities to — at the very last second! — leap out the way of a scooter rider who wasn’t paying attention to their surroundings on busy sidewalks, it’s rather shocking to me that only four injuries involving scooters have been publicly reported since the programs came to town on July 1 (not counting, of course, the still-under-investigation death that they may have caused).

That digression aside, it’s important to remember that the rules against riding motorized scooters on the sidewalk aren’t just for the safety of pedestrians, but for the riders themselves — just as the below footage captured by our friends at Urban Paws earlier this month capably shows. In that clip, you’ll see a scooter riding and seemingly enjoying himself — right up until he gets absolutely bodied by a door impeding his path being flung open by a UPS mail carrier who couldn’t possibly have seen him coming.

For the record, we’re told that the guy who took the tumble there wasn’t seriously hurt — just a few scrapes and a bruised ego, is all. But he certainly could’ve been.

And, thus, our point remains: Motorized scooters rock, but let’s keep them in the roads, OK? For the sake of us all, really. And for the sake of these things not getting overly regulated and taken from us at some point down the road. Because, and we repeat, this one issue aside, we’re Team Scooter over here.