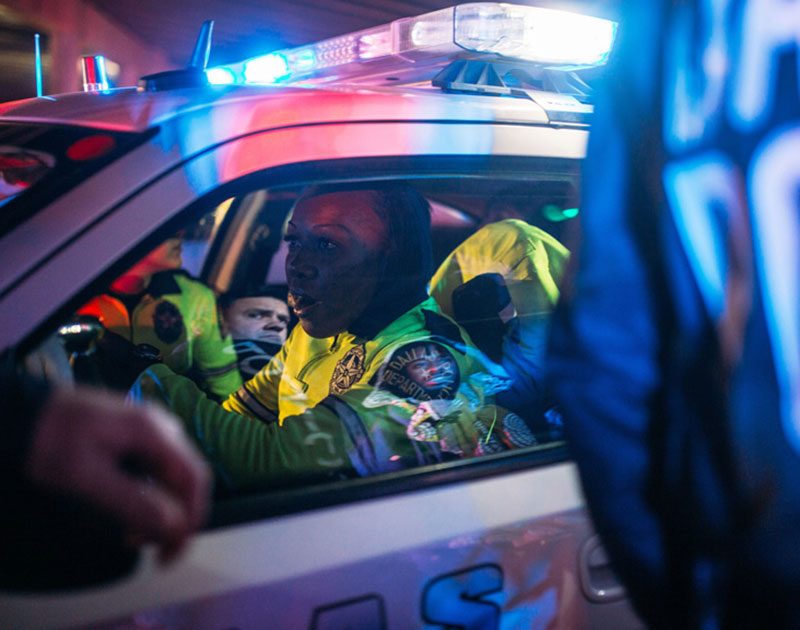 Reckless Scooters Are Getting Tickets And A Curfew’s Been Put In Place, But Cops Can’t Keep Deep Ellum’s Worst Behaviors From Spreading On Social Media.

As if you needed another reminder: The crime rate in Dallas these days is as high as it’s been since the ’90s — and Deep Ellum has become a flash point for a great deal of this activity, despite the Dallas Police Department’s insistence to the contrary.

At a community crime meeting last month, residents of Deep Ellum had to show up in numbers just to feel as if DPD was even hearing their complaints about their safety and the general uneasiness they feel walking to and from their cars to work or home. Even then, DPD assured community members that, of eight areas the city has identified as being prone to crime, Deep Ellum was not one of them.

If that’s the case, one has to wonder what does constitute being worthy of concern. Did the cops see the same viral videos we did of this weekend’s absolute chaos in the neighborhood — like, say, this one of someone being literally stomped on at Vinty on Elm Street.

And that’s just one of the videos. In another, one driver just sped off at the first sight of a bicycle cop approaching his car. Yet another found people scattering as they heard gun shots near a parking lot at Elm Street and Malcom X Boulevard. And then there’s the one we saw of an all-out brawl in a separate parking lot just up the street.

We’ll give some credit where it’s due: In the last week, DPD seems to have stepped its game up some.

For one thing, they brought in a remote camera tower to record activity near Main Street and the Good-Latimer Expressway — but they installed it on Monday, after the weekend’s influx of action, and thus missed out on all the crazy stuff.

On the other hand, DPD headed into this past weekend by reinforcing a curfew for people 16 and younger, which at first sounded like a decent way to sideline some of the neighborhood’s worry — except for the fact that none of the people we saw wreaking havoc in the videos from this weekend appear to be very young at all.

Given all the above, is there any hope on the horizon for Deep Ellum? We’re not exactly brimming with confidence.

But, hey, at least we might not have to worry while ducking so many sidewalk scooters in the immediate future.

Holy shit, someone’s actually getting a ticket for scooting on the sidewalk in Deep Ellum! Visit centraltrack.com for continued scooter coverage.

Yes, it’s true: Over the weekend, DPD finally started ticketing people for violating its the city’s scooter ordinances. At a press conference hosted in Deep Ellum on Wednesday afternoon, DPD deputy police chief Thomas Castro said his department handed out 11 citations on Tuesday alone to those who violated the scooter ordinances in Deep Ellum.

Feels like a reach to call that a major step in the right direction, though.