The Spread: Dallas To Become A Turkey Leg Paradise. 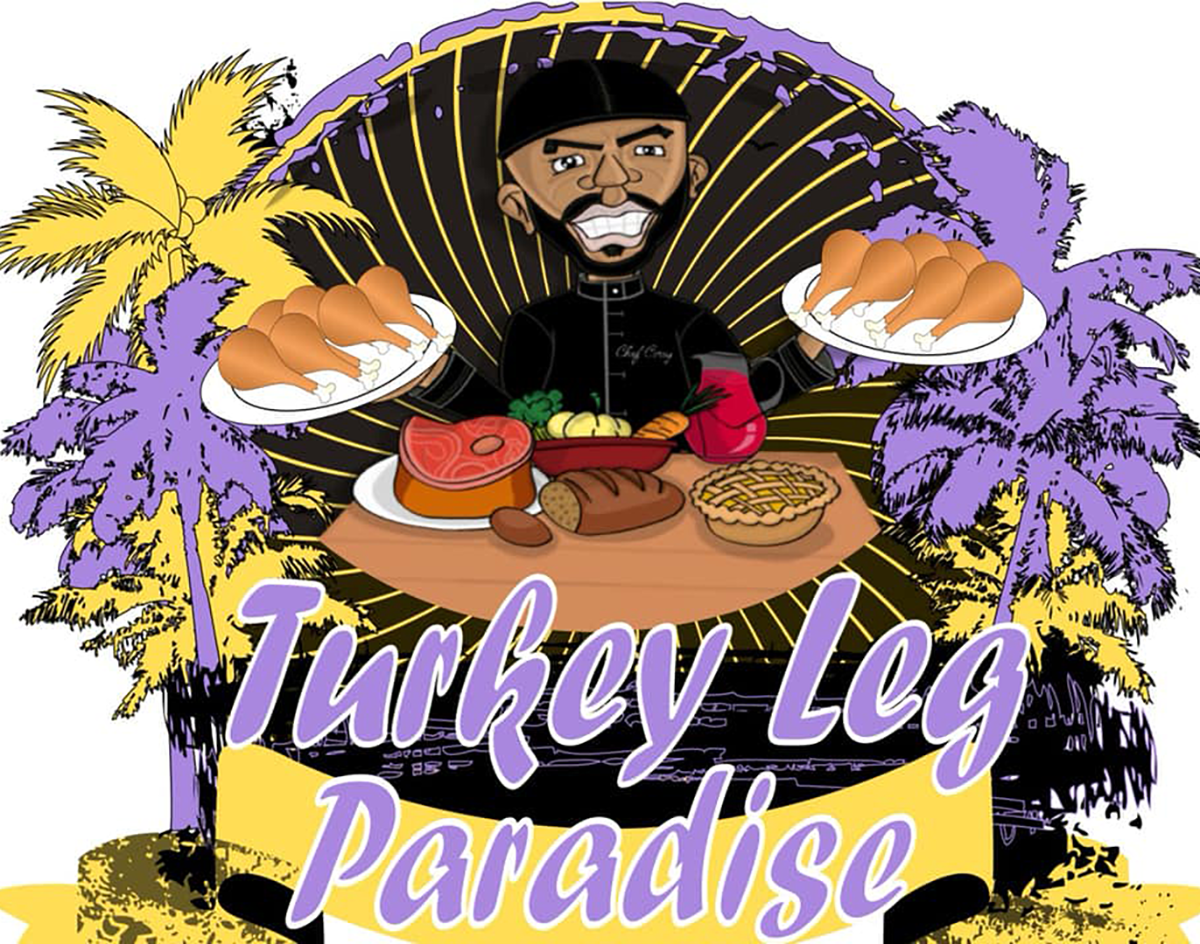 Remember those turkey legs that went viral for their ‘fall off the bone’ guarantee? Well, their maker, Corey Bradley Jr. of Corey’s Catering, is opening a permanent location called the Turkey Leg Paradise. A Facebook post from Bradley notes the restaurant will be located in downtown Dallas, with plans for a grand opening in the near future. Not only will the space be home to the famously tender turkey legs, but it will also offer stuffed turkey legs, daiquiris and more. We’ve reached out for more details on the project, and will update as the story unfolds.

Here’s to another year of crazy State Fair of Texas offerings — if this year’s semi-finalists are any indication. The potential dishes (and their ensuing lines) include things like Southern Fried Chicken Alfredo Balls, Texas Cream Corn Casserole Fritters, Fried Burnt End Burritos, and a host of other sweet and savory, gut-busting delights. The top ten entries will be announced at the BigTex Choice Awards on Sunday, August 25 at Fair Park.

Meanwhile, Baker’s Ribs founder Joe Duncan is bringing a new backyard-style restaurant to Mesquite. The concept, called Kearney’s Feed Yard, is partnering with veteran chef James Rose of The Hall Bar & Grill in Trinity Groves, CultureMap notes. Located at 3602 N. Belt Line Road, the restaurant is set to take place in a revamped 19th century Sunnyvale building, with an impressive outdoor space slated for live music and dining. As for the menu, think wood-fired pizzas, steaks and a bar program with a focus on generous pours. Look out for an opening mid-August.

On the expansion wire, the California-based chain Fatburger is making its way to Texas, CultureMap reports. The deal is set to bring 25 restaurants to the state, with a focus on Dallas, Austin, Houston and San Antonio markets. Non-Californians looking to compare Fatburger to In N Out should note that the two chains are vastly different, despite their shared place of origin. While In N Out features a pretty uniform menu of burgers, fries and shakes with few modifications, Fatburger offers not only a wide range of toppings, but a larger patty, non-beef options, chicken wings and a choice of regular or sweet potato fries. No word yet on an official roll out date.

In other expansion news, Dog Haus Biergarten debuted a second location in Arlington. The new outpost, located at 400 Bagpiper Way, is celebrating its grand opening with free hot dogs on Saturday, August 3 for customers who download the app. GuideLive also notes that the Dallas franchisee for Dog Haus has plans for a third location in Lake Highlands slated for late 2019.

Out in East Dallas, another California-based chain is rolling out a new outpost this weekend. Top Round is debuting its second attempt at Dallas diners at 4800 Bryan Street, after shuttering its Toyota Music Factory location. The official opening date is set for Saturday, August 3, with daily hours from 11 a.m. to midnight.

In closing news, Daphne’s Mediterranean calls it quits after a tumultuous run under multiple different monikers. CultureMap notes the fast-casual chain closed all of its Texas locations this month, after acquiring the bankrupt Noon Mediterranean brand in 2018. The ill-fated restaurant has gone through a host of rebrands and acquisitions since its 2011 inception as VertsKebap (re: Verts) in Austin.

On a more temporary note, Deep Ellum’s Izkina is closing “for a hot minute.” SideDish notes the hotel bar meets tapas spot is undergoing a brief makeover, and is set to reopen for business in a week and a half.

In celebrity-related news, 2 Chainz explores the most expensive parts of Dallas on his Viceland show. The episode of the aptly named “Most Expensivest” follows the rapper indulging in some of the finest goods the Triple D has to offer, with appearances from heavy hitters such as Mark Cuban and Erykah Badu.

And finally, ending off with our usual craft beer note, Pegasus Brewery is opening a new outpost in a historic downtown building. The taproom and brewery will be located in the Dallas Power and Light Building, with plans for interactive taproom components and “analog entertainment” as opposed to screens. The beer produced in the space will be the first for the downtown/central business district, with an opening slated for April 2020.